On July 3, 1969, Brian Jones drowned in his pool and died at just 27, but questions still linger about what really happened at his Cotchford Farm home that night. 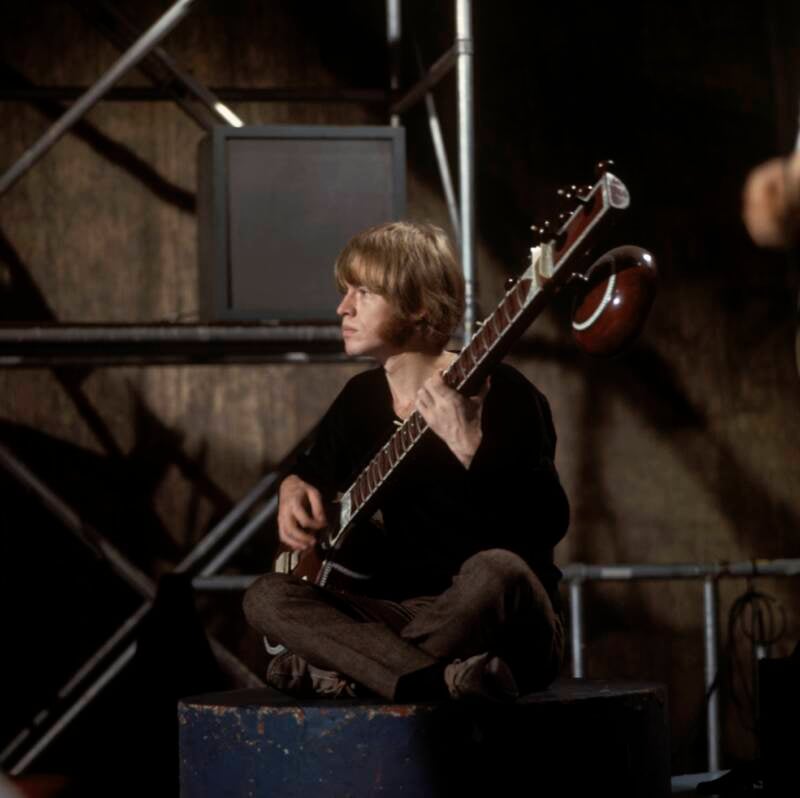 David Redfern/Redferns/GettyBrian Jones plays a sitar during a televised performance on May 27, 1966.

The rumor mill began churning almost immediately when Rolling Stones co-founder Brian Jones was found dead in 1969. But some 53 years later, his death remains a mystery.

There are several witnesses that tell different stories about the night Brian Jones died along with a coroner’s report that didn’t match what the police told the press. Meanwhile, there are also some rather odd coincidences, plus some new insights from experts who have seen the data on the death report — and there’s even a supposed deathbed confession from a long-time suspect in Brian Jones’ death.

All this information leads to a lot of questions regarding Jones’ death. But the main question is: Does it all add up to murder?

The Events Leading Up To Jones’ Mysterious Death 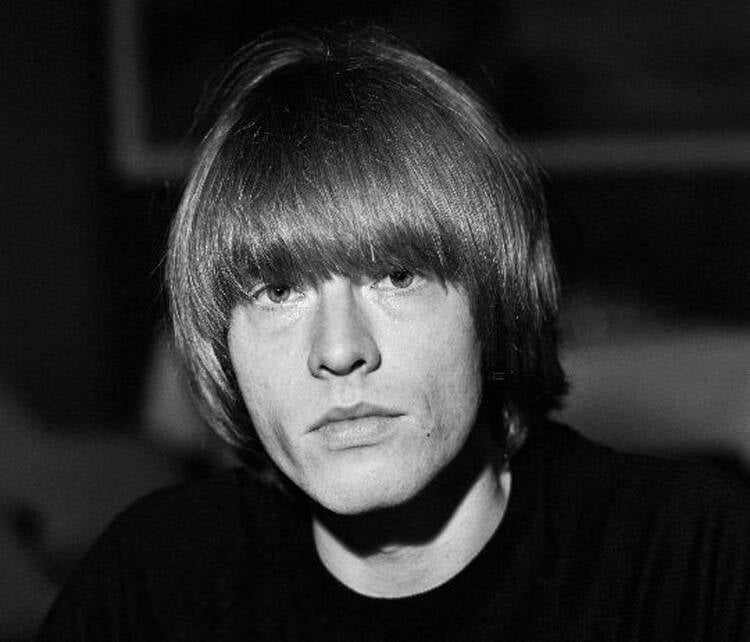 The 16th-century farmhouse and its grounds were already firmly rooted in history before Brian Jones’ death occurred there. Cotchford Farm was previously owned by A.A. Milne, the author responsible for bringing Winnie the Pooh to life. In fact, Galleons Lap, Poohsticks bridge, and Pooh Corner are all based on real locations near Cotchford’s hundred-acre wood.

These same woods also likely had a front-row seat to what really happened that evening — close to the midnight hour on July 2, 1969.

Brian Jones bought the home that November as an escape from the constant harassment of a police sergeant from Scotland Yard named Norman Pilcher. An opportunist bearing a grudge, Pilcher who went after pop stars and 1960s counterculture leaders. Mick Jagger, Keith Richards, John Lennon, and Jones were some of his bigger arrests — mainly on trumped-up marijuana charges.

After a couple of stints in court, Jones was able to somewhat relax at the East Sussex farm. Unfortunately, even after quitting harder drugs his health and reliability were declining from heavy drinking and prescription pill abuse. He was let go from the band he was instrumental in forming in the late spring of 1969.

Jones saw Cotchford as his forever home. He had Tom Keylock — a “minder” for the Stones with underworld connections — hire someone to do updates to the property, as reported by Variety. Keylock brought in a construction company led by a man he knew named Frank Thorogood.

The crew and Thorogood took advantage of Jones’ celebrity by moving in, partying, and freeloading off the star. They didn’t work much, and helped themselves to the pool and whatever else they wanted.

That is, until the day Jones told Thorogood he was kicking them out, and he wouldn’t receive any payment for work completed until they vacated the property.

Was Brian Jones’ Drowning A “Death By Misadventure”? 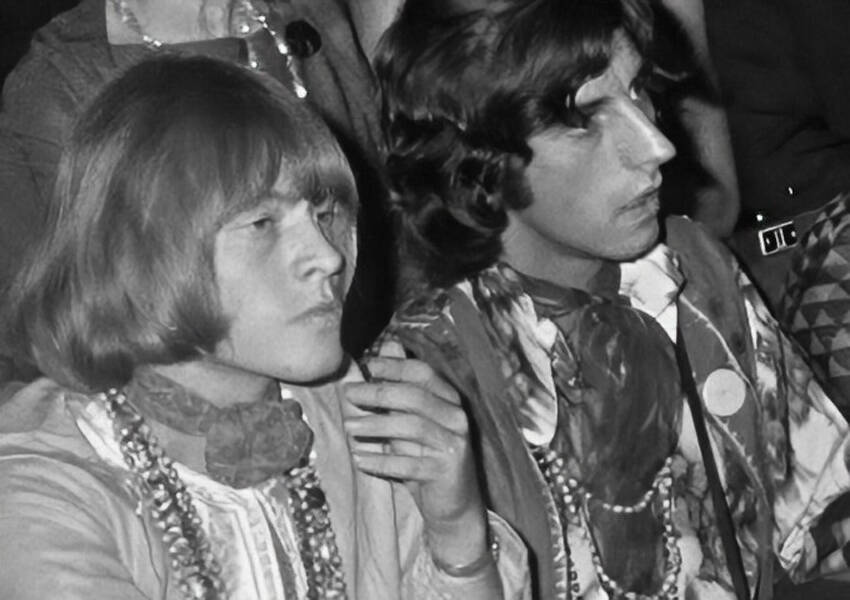 The ambulance rolled into the driveway of Cotchford Farm just after midnight on July 3.

From here, we have what’s noted on the coroner’s report, what the witnesses at the scene said (or didn’t say), and what the media wanted people to believe.

The cause of Brian Jones’ death on the coroner’s report was officially listed as drowning — then ultimately changed to “death by misadventure.” It reported fresh water in his lungs. And, while it indicated both uppers and downers in his system, it only detected three pints of beer.

For someone with a high alcohol tolerance and a reputation as a strong swimmer like Jones, accidental drowning didn’t seem like the most likely scenario. Then, there was the fresh water in the lungs. As reported by LA Weekly, Cotchford Farm had a trough of fresh water near the garden, and some of Jones’ friends believe he may have drowned there.

In the documentary Rolling Stone: The Life and Death of Brian Jones, it’s alleged that biologists have looked at the data on Jones’ death record. They concluded that immediate stresses on tissue and the heart indicated that Jones knew he was being murdered.

Secondly: It’s difficult to pin down the exact number of people at the scene. Most reports say only three other people were there: Jones’ girlfriend, Anna Wohlin, Janet Lawson, and Frank Thorogood. However, there are unofficial reports that place construction crew members, Tom Keylock, and Jones’ ex-girlfriend, Suki Poitier, there as well.

Lastly: The police and society at large seemed hellbent on using Jones as a poster boy for what happened when you followed the counterculture lifestyle and didn’t fly the straight and narrow path. If drugs and/or heavy drinking could be blamed at the time, they would be.

Developments In The Case In The Ensuing Decades 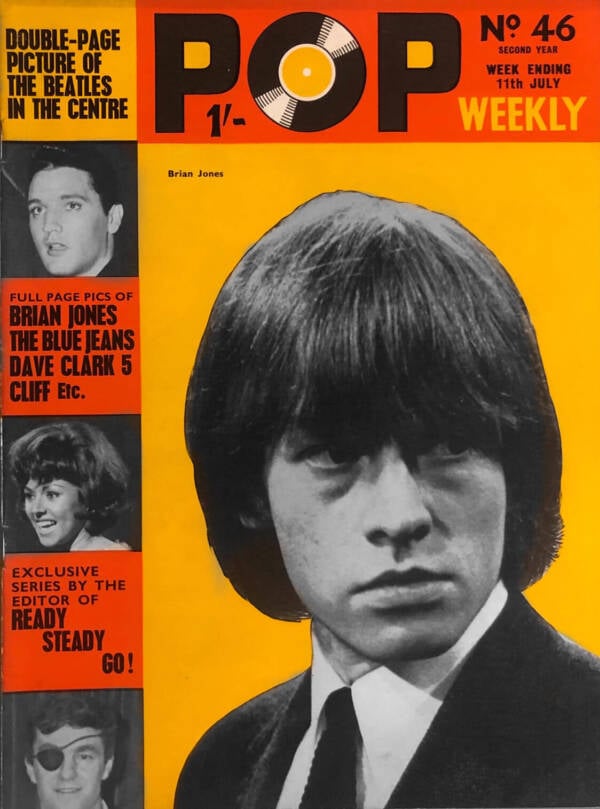 bradford_timeline/FlickrBrian Jones on the cover of Pop Weekly in 1964.

Police have opened and closed the investigation into Brian Jones’ death three times — in 1984, 1994 and 2009. New evidence included the connection between Frank Thorogood and the near-fatal beating of his mistress who might have tried talking to Sussex police, according to LA Weekly.

It also likely took into account a statement by Anna Wohlin, who was told to go back to her native Sweden by Rolling Stones management right after Brian’s death. “I don’t know if Frank meant to kill Brian”, she said. “Maybe it was horseplay in the pool that went wrong. But I knew all along he did not die a natural death. I’m still sure of it”.

Keylock later came out to admit he was at Cotchford that night. He says he was told by his brother Frank Keylock – a senior officer at Scotland Yard – that Jones’ death was ordered to be a cover-up job because local police made so many mistakes.

“I think the police wanted to make a manslaughter charge, but they were told to forget it. The only one who could possibly have been charged was Frank Thorogood, because he was the only one in the pool. But the police said ‘Just forget it’. The orders came from the very top not to pursue it anymore, and it never was pursued after that”, Keylock said.

He also revealed that Frank Thorogood reportedly actually confessed to killing Jones on his deathbed in November 1993, telling Keylock, “It was me that did Brian. I just finally snapped.”

However, it’s also been reported that Keylock denied the confession story. Keylock was also accused of burning important papers at Cotchford, and ended up with many of Jones’ possessions, including his Rolls-Royce. 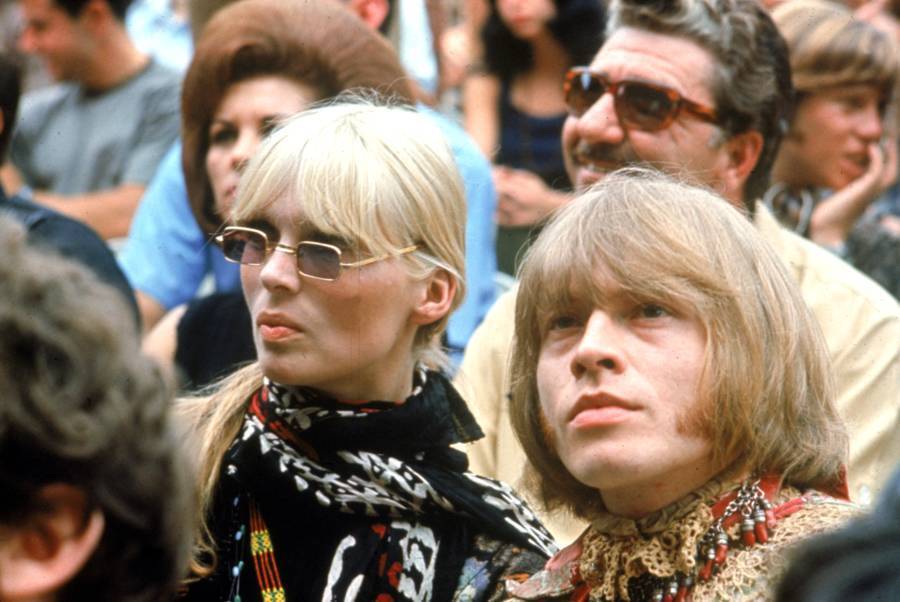 Today, all the main players in the case are dead. Nobody who was there is able to answer any more questions. Tom Keylock died 40 years to the day after Brian Jones — on July 2, 2009.

So we’ll likely never get answers on some remaining questions surrounding Brian Jones’ death. Like how Frank Thorogood injured his wrist badly enough on July 2 that he needed medical attention. Or, why Tom Keylock was never even formally questioned by police.

Jones’ need to escape from Sgt. Pilcher’s constant harassment in London played a big part of his relocation to East Sussex. Ironically, there’s a twist in the ending to that drama.

The courts convicted Pilcher himself on charges of conspiracy to pervert the cause of justice in 1972 and sentenced him to four years in prison. Although now deceased, at age 84, Pilcher he insisted he was innocent – and that the higher-ups on the squad were the corrupt ones, as reported by VICE.

Pilcher’s thoughts on drug laws also evolved; he later stated that everything should be legalized and regulated.

As for his thoughts during the 1960s, Pilcher, “We didn’t care about pop musicians smoking cannabis – we wanted to go after the dealers selling the stuff … “But people from the Home Office came down and said, ‘These famous stars taking drugs are setting a bad example for the kids, and we want you to go after them.’ So, orders are orders – and that’s what we did”.

Now that you’ve read about Brian Jones’ death, take a deeper dive into the death of guitarist virtuoso Jimi Hendrix. Then learn the full story behind the death of Jim Morrison.