A new study suggests that ancient elites threw lavish parties on the crannogs surrounding Wales, Ireland, Scotland, and the Isle of Man to display their wealth and power. 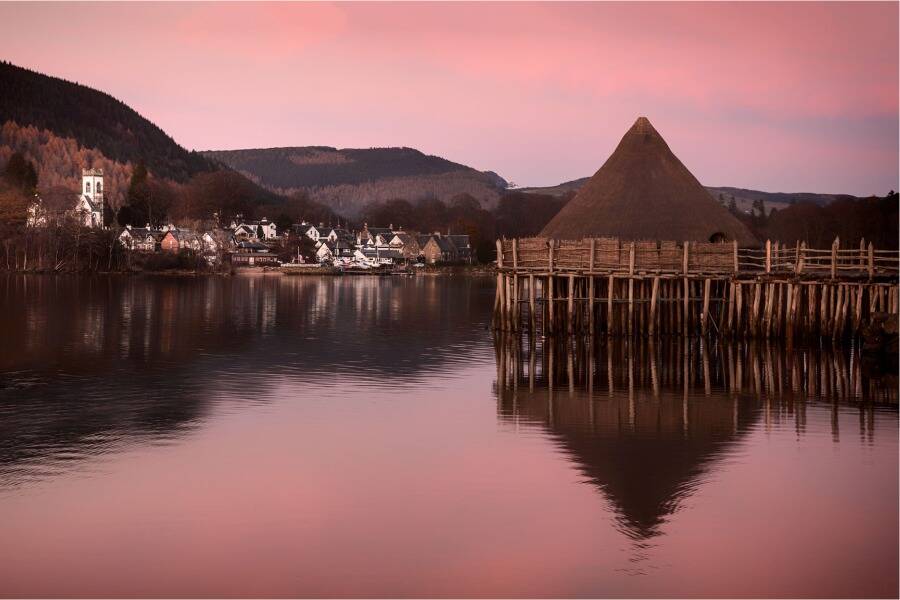 A new study published in the journal Antiquity offers evidence that ancient elites in regions around the British Isles may have hosted grand parties on small, man-made islands known as crannogs.

A crannog, as defined by the study’s authors, is “an artificial island within a lake, wetland, or estuary,” and there are hundreds of them scattered throughout Scotland, Ireland, and Wales dating back to between 4000 B.C.E. and the 16th century C.E. — meaning some of the sites are older than Stonehenge.

According to Live Science, these crannogs were created by building up shallow reefs or elevated portions of lakebeds with natural materials like stone, timber, and peat to form miniature islands up to 100 feet in diameter.

The lakes and estuaries around the crannogs were once popular meeting spots for trade and communication, and during the Iron Age, the crannogs themselves were used as farmsteads. But by the medieval period, the crannogs had become gathering places for the wealthy, where evidence suggests they would have plentiful feasts.

By conducting DNA analysis of samples inside the crannogs’ sediment, Antony Brown and his team from UiT Arctic University of Norway determined that “high status” social gatherings and celebratory activities likely occurred on the small ancient islands.

“Focusing more specifically on crannogs, the frequent identification of ‘high-status’ activities and goods on some of these sites not only supports their role as places for the protective custody of valuable resources, but also suggests a degree of social exclusion combined with the display of power and wealth,” the study reads.

The researchers used an emerging technique known as sedimentary ancient DNA analysis (sedaDNA) to identify the plant and animal species that contributed to the site’s ancient environment. They found evidence of cereal on the crannogs as well as plants like bracken, a toxic fern that researchers believe may have been used as bedding or roofing material. 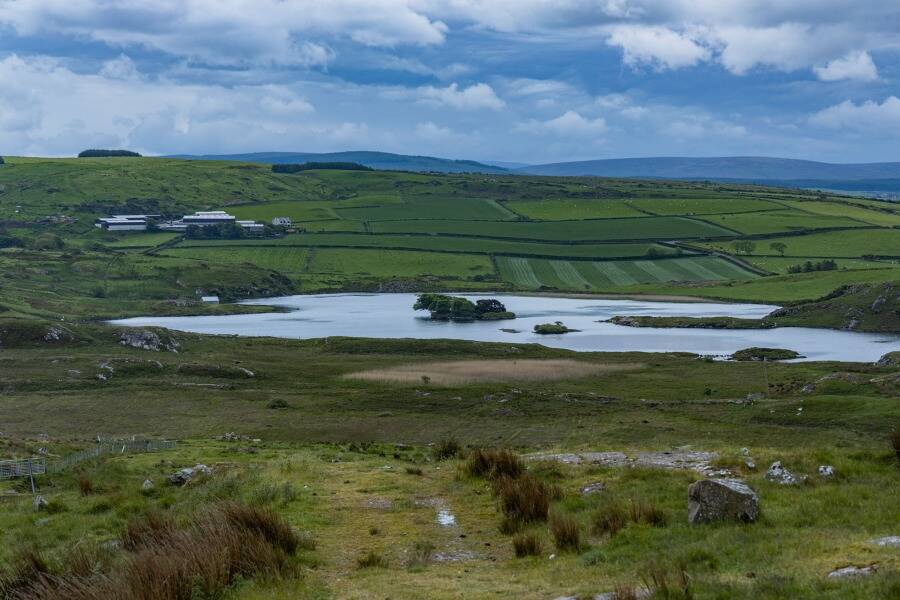 stevie/Adobe StockA crannog seen from a distance in the middle of a lake.

As reported by Kake, the team also found animal bone fragments and DNA belonging to cows, sheep, and goats, which leads them to believe that animals were kept on the crannogs for food and potentially slaughtered for feasts or ceremonies.

The sediment also revealed evidence of waste and pollution as a result of the ancient parties. Additionally, they found that the lakes were enriched with phosphorous and potentially nitrogen, which suggests that the lakes were polluted with organic matter like animal and human waste.

Simon Hammann, a food chemist at the University of Erlangen-Nuremberg in Germany, told Live Science in an email, “Inferring specific activities such as feasting is always difficult, but in combination these methods seem to draw quite a conclusive picture.”

While Hammann was not involved in the newest study, he previously published a journal regarding the presence of wheat in pottery residue found on Neolithic crannogs in Scotland.

“Given how little we still really know about crannogs and the human activities surrounding them, the methods and results described here are very interesting,” he said.

The new discovery also sheds further light on another paper published in 2019, which challenged the notion that crannogs were a creation of the Iron Age. 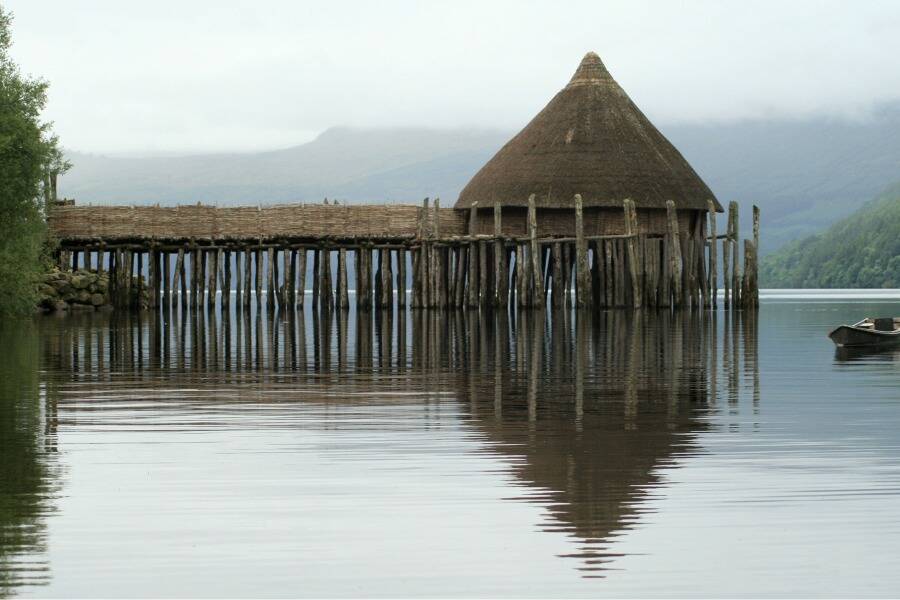 Lensman300/Adobe StockFor years, researchers believed crannogs dated back no further than the Iron Age, but recent evidence suggests they are far older.

What the 2019 study found, however, was that many of these crannogs — at least 600 in Scotland alone — were nearly 3,000 years older than originally estimated, placing them firmly in the Neolithic era.

This was an amazing and startling realization in and of itself, but as National Geographic reported, it also indicated behaviors exhibited by prehistoric humans that had previously been unsuspected.

At the time, researchers examining the sites were also baffled when they found 6,000-year-old pottery that had seemingly been tossed into the water near the crannogs, leading to many questions about why the crannogs were built and how they were used.

Three years later, the findings from the team at UiT Arctic University of Norway are helping to answer some of those questions.

And hopefully, as they continue to analyze the samples, even more will be revealed about our ancient ancestors.

After reading about this remarkable new discovery, learn about the graves that archaeologists believe may have belonged to ancient British kings. Then, read about the ancient Stone Age settlement found at the bottom of a Finnish lake.