Linda Torello's children grew suspicious when they found bags of feces on her grave and set up a camera to catch the culprit. 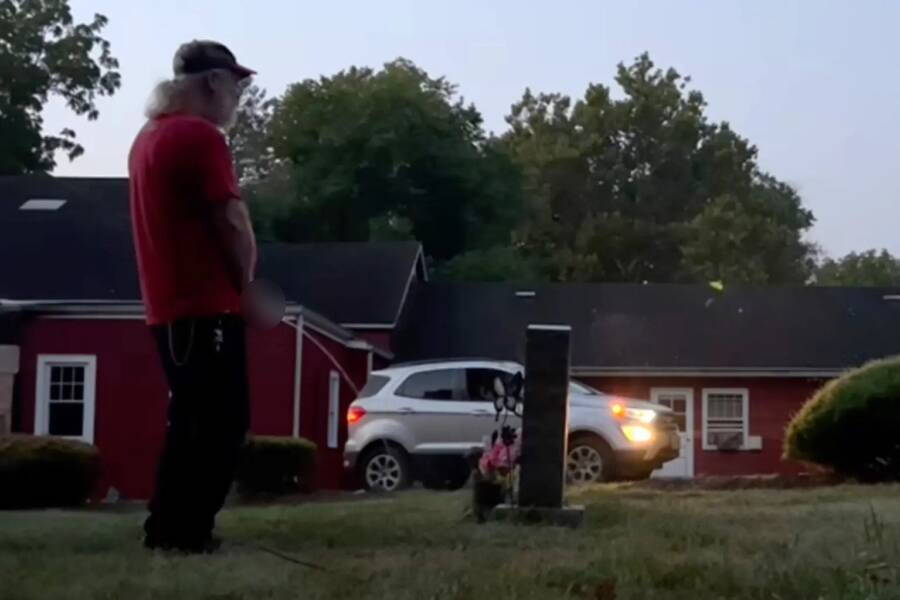 The first time Michael Andrew Murphy saw a bag of feces near his mother’s grave, he dismissed it as a dog walker’s. The second time, he grew suspicious. And after setting up a hidden camera, he discovered the revolting truth — that his mother’s ex-husband had been visiting her grave in the mornings and peeing on her tombstone.

“I felt like getting out and killing him,” Murphy told the New York Post of his reaction to the grave desecration.

According to the Daily Voice, Murphy’s mother, Linda Torello, married her ex-husband, Dean Eichler, in 1974. But their marriage was brief and unhappy, and the two divorced after Torello got pregnant and Eichler claimed that her child wasn’t his, according to Torello’s family. In the aftermath, a DNA test proved him wrong, and Eichler’s family sided with Torello and her daughter.

“They loved our mom,” Murphy told the Daily Voice, adding that Eichler’s family was estranged from Eichler and his second wife. “His family chose my mother over his wife. He said they were all dead to him. That’s probably where the animosity comes in.”

But Murphy didn’t know how deep Eichler’s animosity ran until he and his siblings started finding bags of feces near her grave in Orangetown, New York. Suspicious that someone was leaving them on purpose, Murphy got permission from the cemetery to hide trail cameras in the trees.

To Murphy’s shock, the cameras caught blurry images of a man appearing at his mother’s grave four days in a row and peeing on her tombstone.

“I was shaking while I was hiding,” Murphy told the New York Post. “My sister was crying … I was sick I was so angry.” Noting that Eichler’s wife appeared to have accompanied him every morning in his car, Murphy added: “I can’t get my wife to go out to dinner but this guy gets his wife to go along with him to desecrate my mom’s remains every morning.”

In the aftermath, Murphy posted video footage of the grave desecration on Facebook and wrote:

“THIS IS BREAKING MY [HEART]. A man from Bergen county New Jersey has been leaving bags of poo and pissing on my mothers tombstone almost every morning like a normal routine’ assisted by his wife also, we have Weeks and months of evidence… no one in my family has had contact with him since 1976 or so … how he found my mothers grave site we are not sure.” 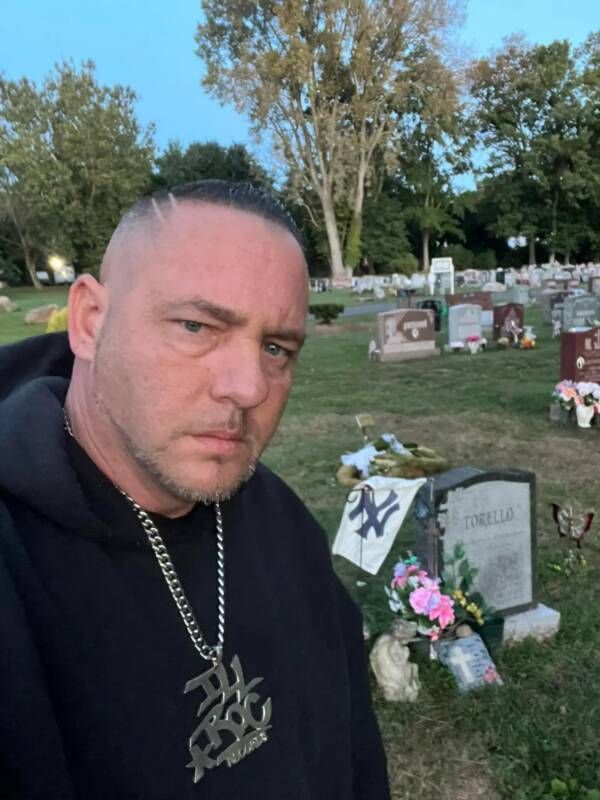 Though police initially told Murphy that there wasn’t much they could do, they’ve since changed their tune. According to the Daily Voice, desecrating a grave is a crime in New York State as long as the damages amount to more than $250. And since Murphy has paid to have the headstone and surrounding area cleaned by a hazmat company, he’s met that threshold.

Indeed, Orangetown police confirmed on September 26 that they have issued a summons for public urination. However, Eichler could also face more serious charges.

To Murphy and his family, it’s all about getting justice for their mother, who died in 2017 from cancer. He told the New York Post that he and his siblings have no idea how long Eichler has been targeting his mother’s grave, and it’s possible that he’s been doing it in the five years since she died.

“This is disgraceful to me, my family, and it’s embarrassing,” he told ABC 7.

To the Daily Voice, he added: “It’s been hard to sleep. I’ll start to fall out and suddenly I wake up. I don’t care who you are. This has to make you sick. This happening to our mother … it’s horrible.”

After reading about the man caught peeing on his ex-wife’s grave, discover the story of Drew Peterson, the Chicago cop found guilty of killing his third wife — and suspected of killing his missing fourth wife. Or, see how an Indiana politician named Andrew Wilhoite won a Republican primary — after admitting to murdering his wife.