The stash of coins found in Brittany includes a 1646 "Louis d'Or" so rare it isn't even mentioned in one French currency guide and thought to be worth over $17,000 alone. 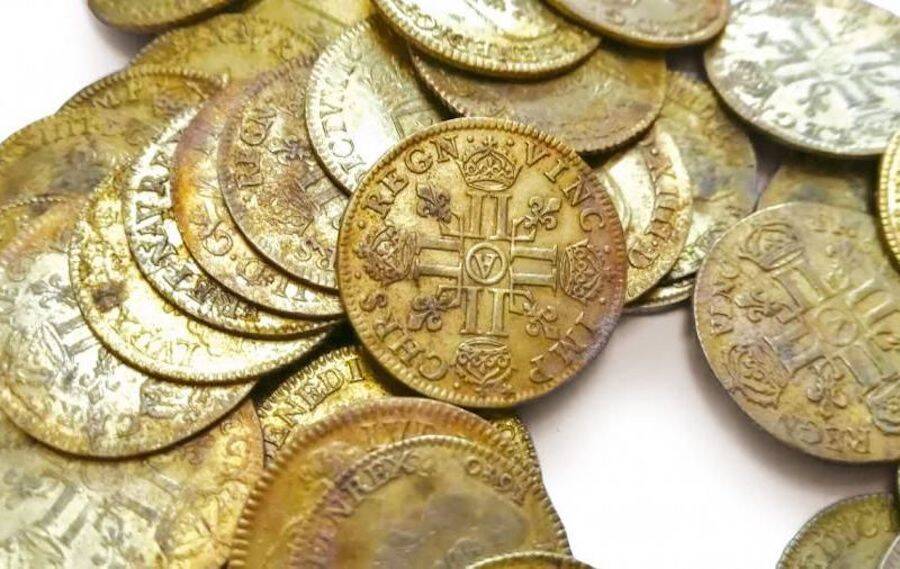 Ivoire Auction HouseThe coins were found hidden in a metal box in the wall, as well as in a cloth pouch above a wooden beam.

It was during a seemingly ordinary restoration job in 2019 that the three French builders made their discovery. While tearing up the side of a mansion in Plozévet, Brittany, they discovered a hidden stash of gold coins embedded in the wall. Minted during the reigns of Louis XIII and Louis XIV, their value has since been estimated at over $350,000.

According to CNN, the Regional Preventative Archaeology Service in France has already authenticated the stash, while its exact value will be assessed by the Deloys Auction House in the town of Angers on Sept. 29.

The 239 coins found at the house date from 1638 to 1692 and are truly historic. Among them is a Golden Louis with Templar Cross and a Golden Louis with a long curl minted by Atelier de Dijon in 1646, which has an estimated value of $17,805 alone. Only 120 of them are believed to exist.

The discovery itself, however, was just as remarkable.

On a Friday in October 2019, Mion, who works in Paris, received a frantic call from his foreman. The property owner and his wife had recently decided to merge the three main buildings of their historic property, with no idea what the workers were to find within the walls. The foreman told him they had discovered a metal box with gold coins inside. 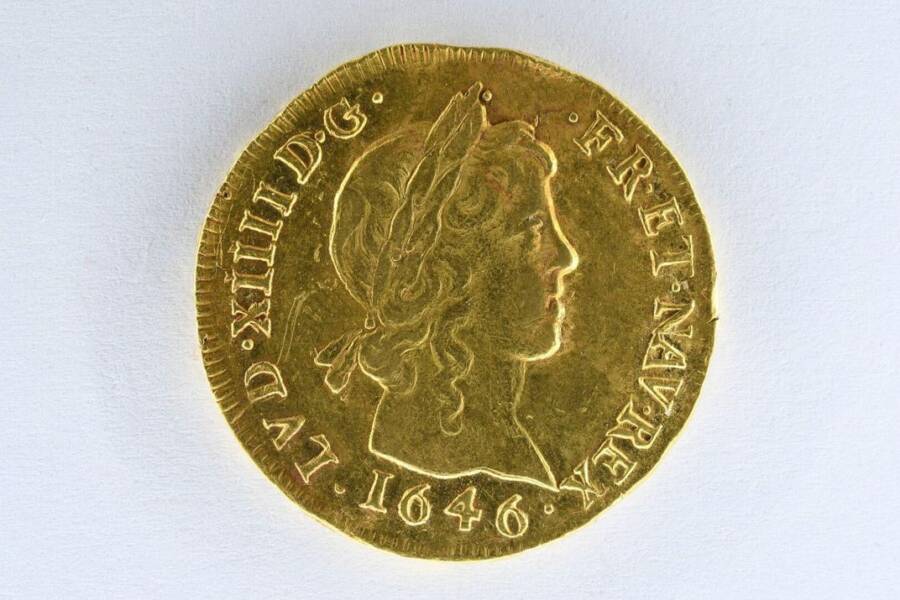 “I thought it was a joke. But no!” said François Mion, the 63-year-old property owner. “As children, we all dream of finding hidden treasure. It was quite emotional.”

According to Mion, the box was “embedded in the wall, stuck between the stones.”

Then, when the workers returned on the following Monday, they made another incredible discovery — a cloth purse stuffed with even more coins hidden above a beam. In total, 23 coins date to the reign of Louis XIII, who ruled up to 1643, while the remaining 216 come from the subsequent reign of Louis XIV.

The archaeologists who determined when these coins were minted found that the most recent ones were created during a litany of money reforms under Louis XIV to subsidize the high cost of multiple wars. He later also overhauled the Palace of Versailles.

Undoubtedly, Mion was fortunate to have these coins found on his property but even luckier to have purchased the home in 2012. Only four years later, the French government passed a law declaring that any treasure discovered in France would become the property of the state. Since Mion’s purchase preceded that change, the coins are his.

And, fortunately for the builders, French law also dictates that whatever the coins fetch at the auction this month, the final profit must be split equally between them, as the discoverers, and the two property owners. 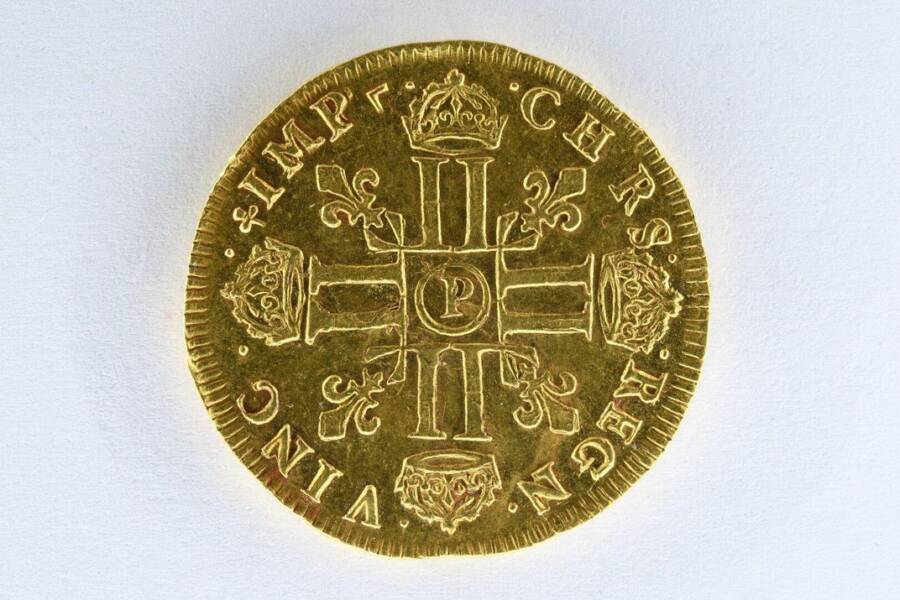 Ivoire Auction HouseThe reverse side of the rare Louis d’Or.

The mansion itself is rather historical, as well, according to Mion. “The oldest part dates from the 13th century and the main body of the mansion dates from 1723,” said Mion. “It is believed to have belonged to wealthy landowners. Research continues on the history of the place.”

Researchers have posited that the coins were part of a previous owner’s life savings. However, the last documented occupant of the house comes from the 18th century.

The Iroise Sea off Brittany’s coast saw immense trade during the 1600s, with fortunes swelling as a result. France exported its heavily in-demand Bordeaux wines to England and various cereals to northern Europe from the region.

While there was a substantial recession in the area between 1750 and 1850 in the wake of the expansion of Normandy’s docks, the growing fishing industry helped buoy the economy throughout. Perhaps most staggering of all is that a trove of gold coins remained hidden throughout it all.

Originating from 19 different mints across the country, the 239 coins will finally be given an exact value at the end of the month when bidding begins on the long-hidden treasure.

After reading about the builders who discovered 239 rare gold coins while restoring a French mansion, learn about the hundreds of Ancient Roman gold coins discovered in Italy. Then, read about the 30-year-old corpse found in a Paris mansion reigniting a murder mystery.