Abandoned for three decades, the mansion's new owner launched renovation work in January. It only took a month for workers to find the cut and broken bones of a father missing for 30 years. 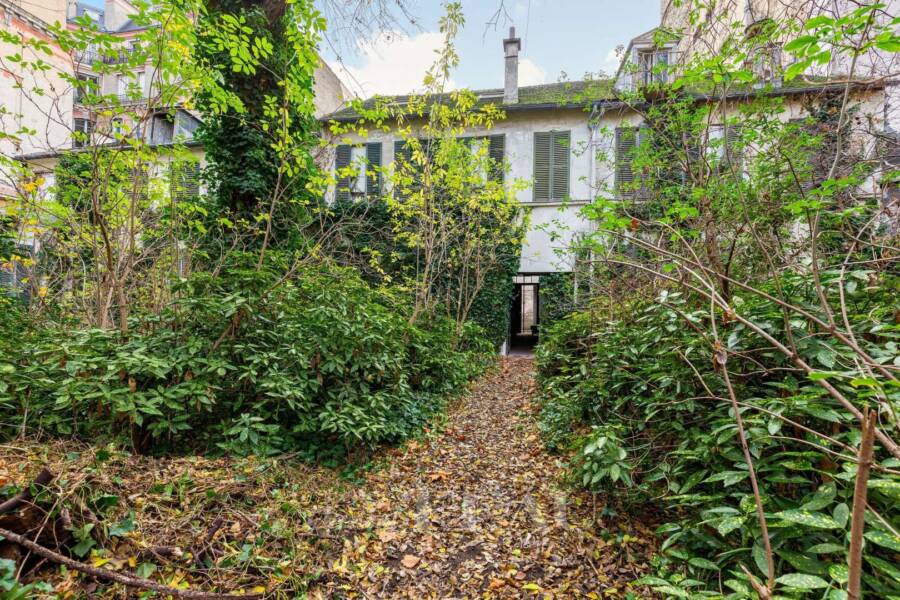 Renovation work at an abandoned mansion in Paris ground to an unexpected halt after workers discovered a corpse that had been decomposing in the basement for 30 years. According to The Guardian, the broken bones discovered with knife cuts on them have now led to a murder investigation.

The contrast between this macabre discovery and the potential crime scene it was found in is made starker by the mansion’s history. Though it sat abandoned for three decades, it’s minutes from Les Invalides, the prime minister’s house, and adjacent to Yves Saint Laurent’s former home.

Though 12 rue Oudinot has seen ivy sprout from its walls and a once-alluring garden be overtaken by weeds, the mansion finally sold in January for $41 million. A discrete Dutch company reaped nearly six times the reserve price at an auction that lasted no more than 15 minutes.

Billed as “the last truly significant property in the capital’s most sought-after neighborhood,” Parisians, police, and the property’s new owners alike now have to contend with the skeleton it contained. 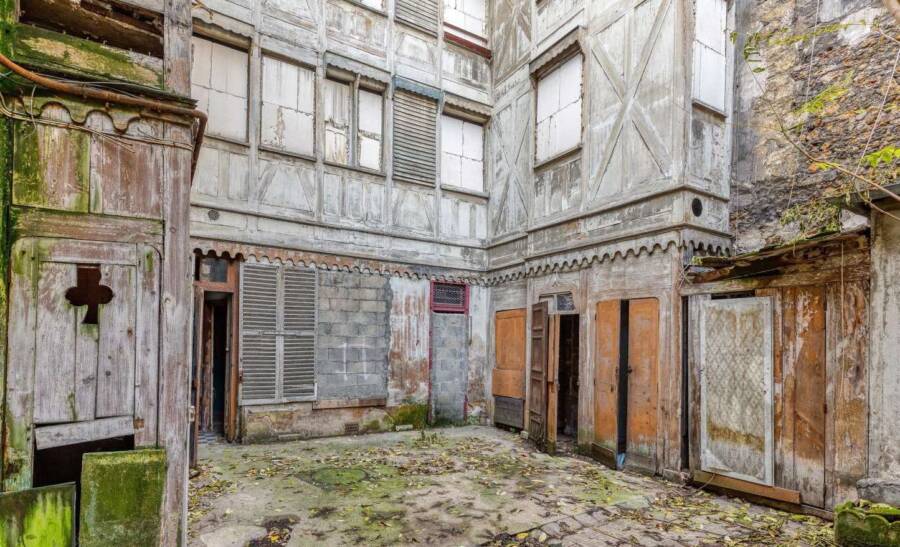 TwitterPoet and playwright François Coppée once lived beyond these shuttered windows.

Architecturally defined as a hôtel particulier, these structures are comparable to large townhouses. They differ in that they don’t share walls with their adjacent homes, however, and stand on their own — typically located entre cour et jardin, between an entrance court and the garden behind.

According to Le Monde, the broken shutters of four imposing buildings once guarded the home of poet and playwright François Coppée. For the mansion’s new owner Jean-Bernard Lafonta, the purchase presumably made complete financial sense despite its staggering price increase.

The former director of French investment firm Wendel is now head of his own industrial holding group, and went to work almost immediately at restorations on his new purchase. Adhering to the strict preservation guidelines, he hired workers to renovate the mansion as early as February.

It was then that the workmen he employed to survey the site discovered the corpse. Not only had it been decomposing for three decades, but numerous bones were either broken or contained knife cuts. As such, the shocking find has now turned into an official murder investigation 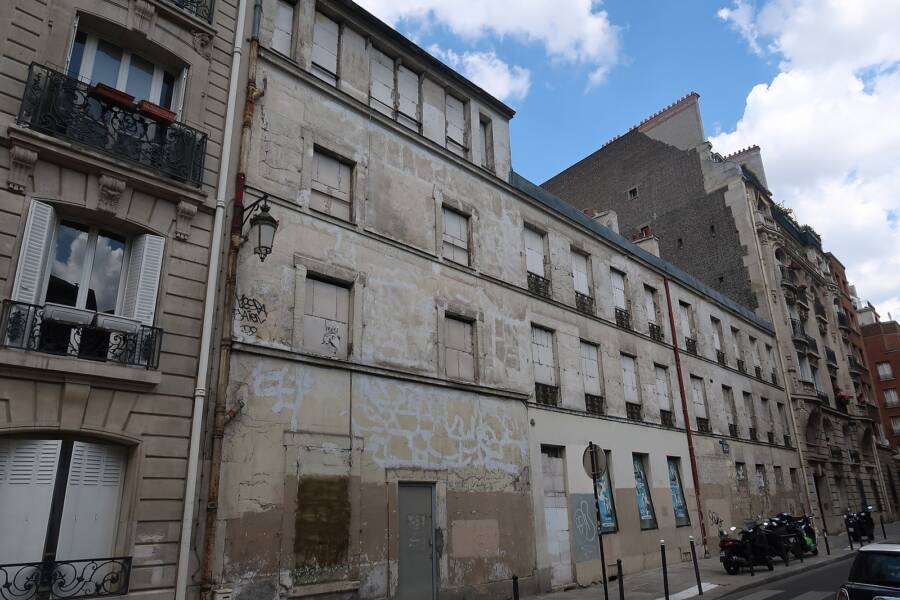 Wikimedia CommonsRenovation work on the property has been put on hold until after the summer.

Workers found the man beneath a pile of planks and rubble in one of the many basements of the expansive mansion property. Fortunately for authorities, the deceased carried papers on his person, allowing them to identify the man as Jean-Pierre Renaud.

“He was someone of no fixed abode, with a drink problem,” one police source claimed. “We could imagine a fight with someone else living on the margin…But it’s unclear whether he died in the mansion or was brought there, and we may never find out who was responsible.”

“It’s quite possible the murderer is himself now dead.”

Renaud’s children have naturally been found and informed of their father’s death, while Lafonta refused to comment on the matter. While his planned renovations have been put on hold for the time being, they’re tentatively scheduled to resume at some point after the summer.

Sabine Lebreton, the vice president of a local association tasked to ensure the mansion be properly preserved, is more saddened by the find than shocked or thrilled. After all, Jean-Pierre Renaud died alone, left to rot in the basement of an abandoned building — as his children had to find closure.

“Everyone was devastated to learn it had been there so long, without any of us knowing,” she said.

After reading about the 30-year-old corpse discovered in a Paris mansion basement, learn about the Paris Catacombs in 28 riveting images. Then, read about the human body farm where feral cats feast on corpses.