The shoe-stealing fox was uncovered after a resident's investigation into the neighborhood's missing footwear. 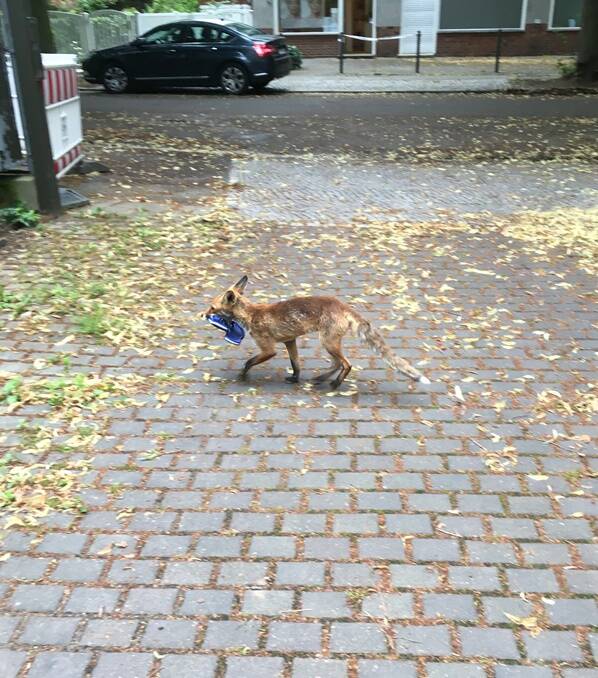 For Christian Meyer, it wasn’t so much about what the fox said but what the fox may have stolen. A resident of the Berlin neighborhood of Zehlendorf, in late July, Meyer made the shocking discovery of 100 pairs of stolen footwear after he had followed a thieving fox to its hideout.

According to Live Science, Meyer’s adventure through the literal fox hole began after he noticed that his pair of new expensive running shoes were missing from his porch. Confident that the culprit was likely just some small-time thief, Meyer decided to take matters into his own hands and investigate.

During his independent investigation, Meyer discovered he wasn’t the only victim of the shoe bandit as other locals allegedly had their shoes missing from their porches as well. Soon, he received a tip that led him to discover the thief was in fact a rogue fox.

Meyer caught the furry fiend in the midst of stealing a pair of blue flip-flops but was unable to see the investigation through. Then, days later, he spotted the thieving fox again. Meyer followed the animal into the woods, presumably headed toward its hideout.

Dedicated to solving the mystery of the locals’ missing shoes, Meyer followed the fox through the woods where he spent about an hour crawling around the brush in pursuit of the four-legged bandit. Luckily, Meyer’s perseverance paid off: the fox led him to a stash of more than 100 pairs of shoes. 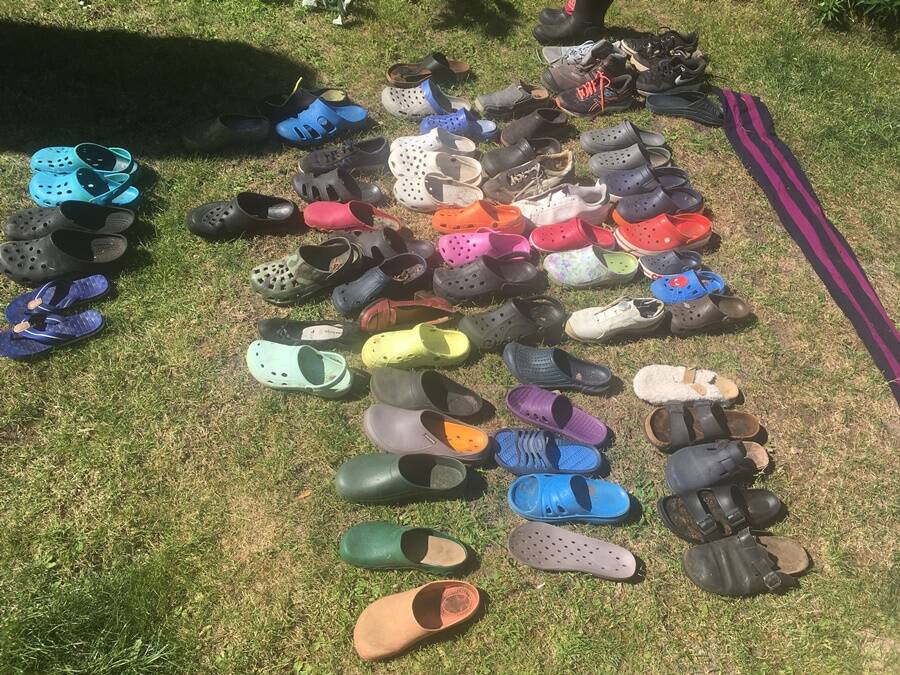 Christian Meyer via TwitterIt’s clear that the conniving canine, for some reason, was very much drawn to Crocs.

According to local news outlet Tagesspiegel, the shoes had been collected by the animal with “most of them just gnawed on a little.” Meyer took a couple of photos of the fox’s stolen bounty and soon they graced the Internet after they were shared online by Tagesspiegel Editor Felix Hackenbruch.

Though the photos shared by Hackenbruch barely showed the extent of the fox’s loot, the stash of stolen footwear allegedly included sandals, slippers, sneakers, clogs, and an alarming amount of Crocs.

Luckily for Zehlendorf residents, the mystery of their missing shoes was finally solved.

Yet Berlin’s thieving fox isn’t the first or only wild fox to have been reported for stealing people’s shoes. In August 2019, a similar phenomenon of missing footwear appeared in Melbourne, Australia, where one woman became the victim of a shoe-loving fiend.

After having three pairs of boots stolen from her porch, the woman finally set up a security camera to capture the thief only to find that it had been a mischievous fox.

Fox stealthily chooses one boot and takes off into the night.

There were also a pair of thieving foxes who caused a stir in Kyoto, Japan, after they had made away with more than 40 pairs of sandals back in 2018. Their stealth operations were uncovered after police officers performed a stakeout operation to capture the sandal thief.

And in 2013 in London, one resident found himself at the opposite end of one sly fox’s theft operations — instead of having his shoes pilfered by the canine, the animal had brought its bounty of stolen shoes to the London resident’s lawn where he found seven pairs of random shoes “ranging in size from that of a toddler to an adult trainer.”

According to authorities at Fairfax City in Virginia, U.S. — another site where shoe-stealing operations carried out by local foxes were uncovered — these animals typically collect attractive objects to bring back to their dens for their babies to play with.

Given how the encroachment of human presence on the habitats of wild animals has grown, it only stands these animals would find fascinating human objects to collect for their offspring.

In that case, it looks like more shoes will likely go missing where these animals can be found.

Next, read about the heroin-smuggling cat that escaped from a maximum-security prison in Sri Lanka and the white whale sabotaging Norwegian fishing boats suspected to be a Russian spy.