In 20th-century America, the brown paper bag test was used to deny some Black people access to positions of privilege if their skin tone was darker than a paper bag. 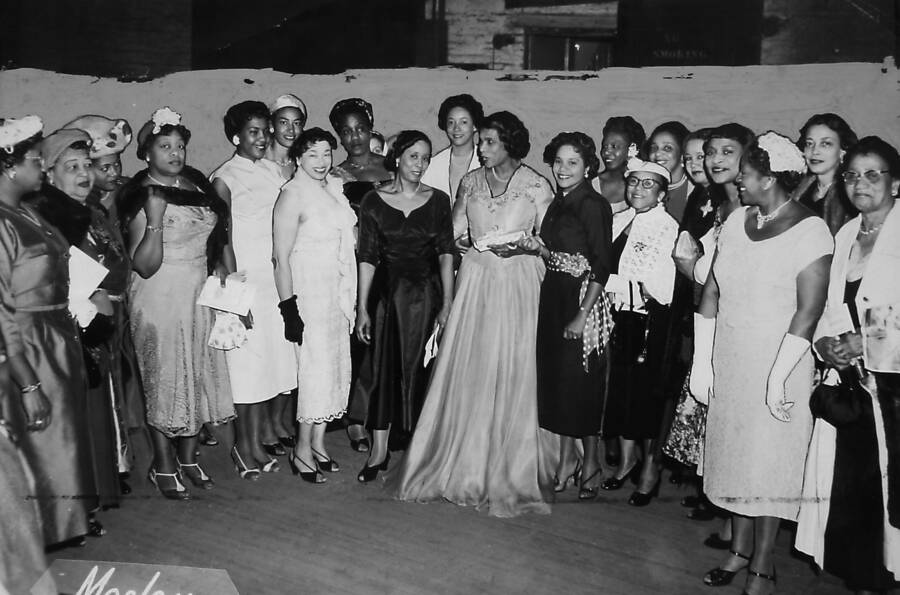 The brown paper bag test was a form of discrimination used to exclude dark-skinned Black people by comparing their skin tone to the color of a brown paper bag. Those who were lighter than the bag were allowed into the club. Those whose skin failed the test were rejected.

There are stories of Black fraternities and sororities, professional organizations, and even churches using the test to determine membership. The gangster owner of Harlem’s Cotton Club, which catered to white audiences, was said to use the test to restrict who could join his dance troupe, sometimes known as the Copper Colored Gals.

In New Orleans, where generations of racial mixing between white Europeans, enslaved Black people, and Indigenous Americans had created a unique caste structure based on skin tone, there is still reputable lore surrounding “bag parties.”

And while the ideas behind the brown paper bag test originated in the earliest days of slavery, it led to a long discriminatory tradition of colorism that explicitly privileged light skin over dark well into the 20th century.

What Is The Brown Paper Bag Test?

In 1996, the Harvard historian Henry Louis Gates Jr. wrote that, not long after he arrived at Yale as an undergraduate, “some of the brothers who came from private schools in New Orleans held a ‘bag party.'”

It was 1969, the year of Martin Luther King’s assassination. Gates, born in 1950 in West Virginia, had never heard of a bag party.

“As a classmate explained it to me, a bag party was a New Orleans custom wherein a brown paper bag was stuck on the door and anyone darker than it was denied entrance. That was one cultural legacy that would be put to rest in a hurry.” 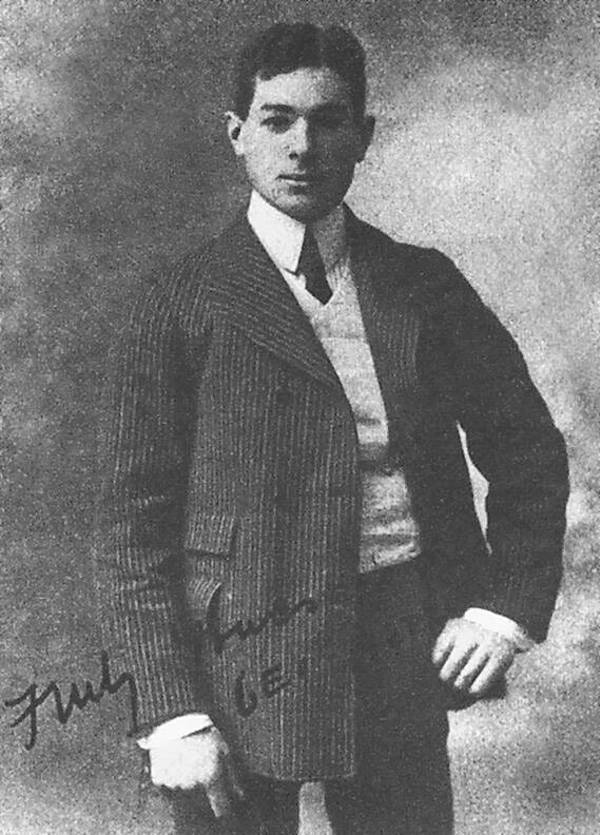 Gates’s experience of learning about the brown paper bag test was not uncommon. Knowledge spread by word of mouth. It became almost folkloric in its existence as a way to reinforce colorism.

When scholar Audrey Elisa Kerr investigated the tradition in the early 2000s, she uncovered dozens of tales of Louisiana paper bag tests.

A Creole barbershop owner told Kerr that paper bag parties were common in the past. The parties might take several forms. In the most explicit, the hosts would nail a brown paper bag at the door. Anyone darker than the bag could not enter.

The test traces its roots back to the days of slavery. Under the “one drop” rule, anyone with a single drop of African blood was considered Black. In practice, Louisiana’s Black population came in all shades — and skin color often determined social status.

Louisiana divided society into three castes in the antebellum period. The free, white population held nearly all the power. The enslaved Black population was shut out from power. But a third group existed between the two: free biracial people.

The division drove a wedge between mixed, lighter-skinned free Black people and darker-skinned, enslaved Black people, according to Kerr.

The brown paper bag test became a legacy of that color division.

The brown paper bag test stands out as an example of discrimination within a racial group. However, the history of the paper bag test traces back to white supremacy and slavery. 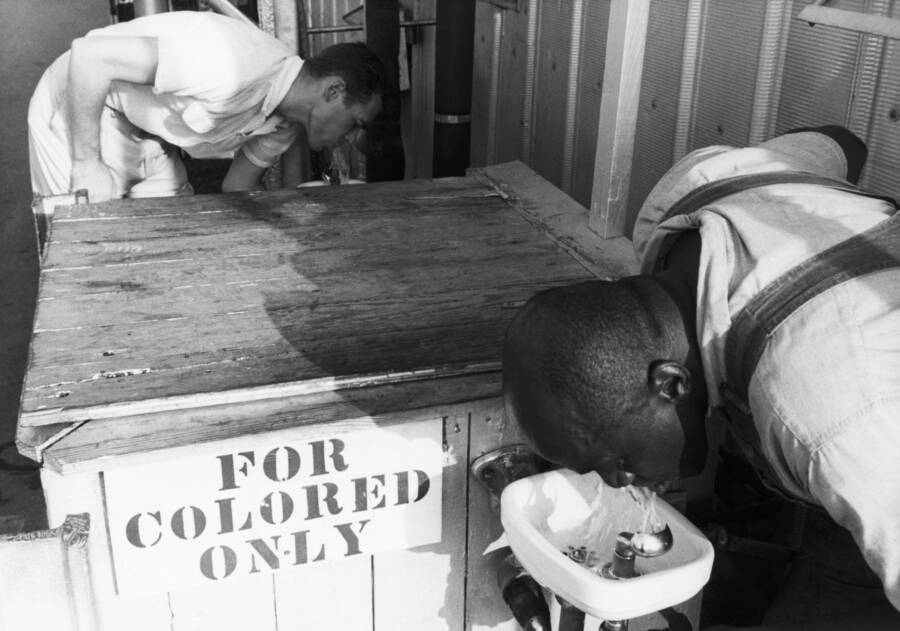 Of course, the end of slavery did not end race-based divisions. During the Jim Crow era, white supremacist ideologies continued to push the notion that lighter skin was better. And some Black Americans absorbed and internalized that idea.

If you’re white, you’re alright
If you’re brown, you can stick around
If you’re black, get back

In a society governed by skin color, dark skin was demonized — even by Black Americans.

By the middle of the 20th century, stories about the brown paper bag test popped up at Black sororities, Black universities, and Black social clubs. Some establishments reportedly refused entry to dark-skinned people.

One of the most notable cases was in the Howard University sorority Alpha Kappa Alpha and the fraternity Alpha Phi Alpha, which were said to deny acceptance to students who didn’t pass the test. In response, dark-skinned students were said to have founded their own Greek organizations like the Phi Beta Sigma fraternity and the Delta Sigma Theta sorority.

“Think about it. You have probably come across a situation in which someone tells a light-skinned Delta that she looks like she could be an AKA and vice versa,” wrote the Black Greek life site Watch The Yard. “While they may not have explicitly stated that this is because she has light-skin, you know exactly what they mean.”

When Audrey Elisa Kerr investigated the brown paper bag test, she discovered many stories claiming the tradition was a thing of the past. But others remember the test in more recent decades.

In the 1980s, lawyer Lawrence Otis Graham attended a party hosted by a Black women’s group at Wellesley College. The party brought together Black college students from Boston’s most elite colleges. Graham remembers women with “straight — or straightened — hair” checking guests at the door to turn away any who “failed the ubiquitous ‘brown paper bag and ruler test.'”

The ruler test, too, was a form of discrimination, but it was explicitly based on gender and judged whether a woman’s hair was as straight as a ruler. According to Graham, when not enough men passed the brown paper bag test, the hosts eventually allowed some “darker skinned guys” inside.

The Continued Reinforcement Of Colorism

The brown paper bag test wasn’t the only race-based test that fractured Black America. A retired Philadelphian recalled a test at the local Episcopal church.

“We used to have this joke on the street corner that when you went through the door in the Episcopal church they had a comb hanging in the doorway, and if the comb didn’t go through your hair you weren’t welcomed,” he told Audrey Elisa Kerr in her 2006 book, The Paper Bag Principle.

Like the brown paper bag test, the comb separated those with “desirable” features — “good hair” — from those without.

In both the brown paper bag test and the comb test, Black Americans privileged people with European features. 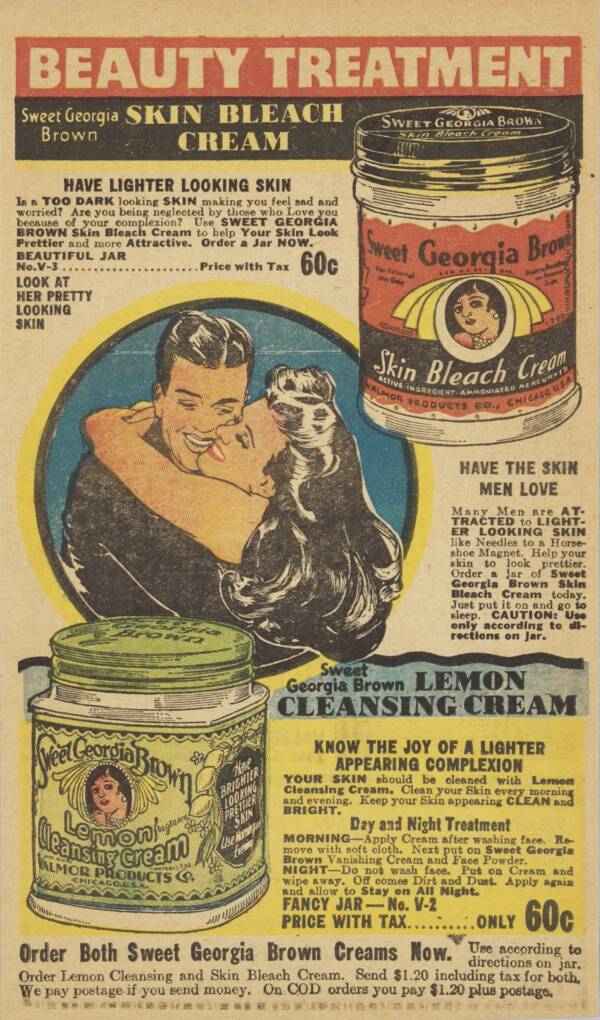 The irony of the brown paper bag test was that it upheld white supremacy. As David Pilgrim, curator at the Jim Crow Museum, explains, “A fraction of the group decided to practice their own brand of bigotry — deny entry (friendship) to any Black person darker than a standard brown paper bag.”

The brown paper bag was chosen because it was considered the midway point between Black and white.

“Why exclude their darker brothers?” Pilgrim asks. “Because they, meaning those with lighter skin, not only had a fetish for white skin and Eurocentric features, but they had internalized the racist notion that light skin is a marker of intellectual, cultural, social, and personal superiority over and above darker people.”

In the infamous doll test, researchers in the 1940s offered white and Black dolls to Black children between 3-7 years old. Most chose the white doll. Even at a young age, Black children had absorbed the message that light skin was better.

That same generation of children, raised on the idea that lighter skin was superior, instituted brown paper bag tests at sororities, social gatherings, and other events. The proliferation of bag parties shows how deeply Black Americans internalized racist ideas.

The brown paper bag test excluded dark-skinned people from social events. Next, read about the racist legacy of sundown towns. Then, see these stunning photos of Black Victorian women.