After a life of petty crime and several attempts to go straight, Buck Barrow joined up with Bonnie and Clyde for just four months before he was mortally wounded by a gunshot to the head. 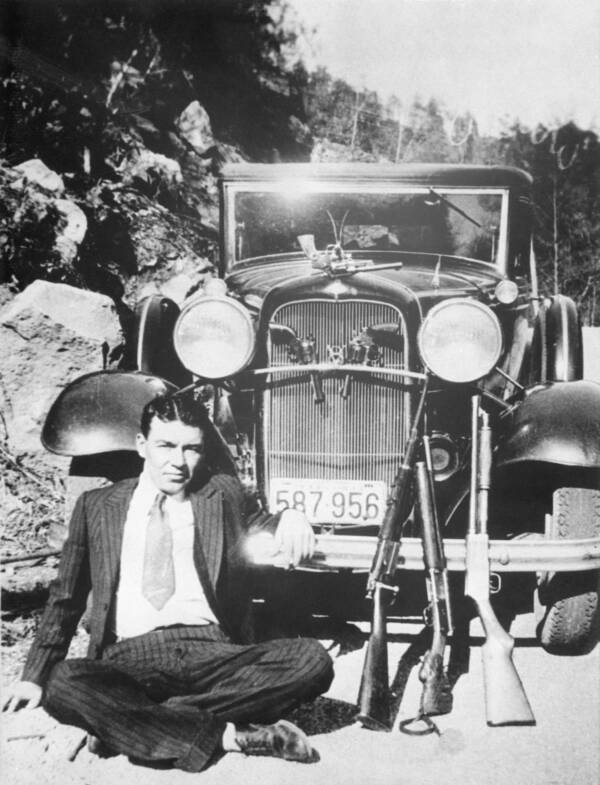 Bettmann via Getty ImagesMarvin Ivan “Buck” Barrow went from a small-time Dallas gangster to legendary status as a member of the infamous Barrow gang.

Once a minor character in the sensational stories of his brother’s criminal exploits, Buck Barrow was both a victim of bad luck and a willing participant in the saga of Bonnie and Clyde.

Tough, daring, and a seasoned criminal years before his brother’s famed spree, Buck almost managed to get away from a life of crime, only for one fateful decision to seal his fate and condemn him to infamy.

As the older brother of Clyde Barrow, Buck was the second of the Barrow children to leave their Texas farm to move to Dallas. There, he became entangled in the petty criminal underworld of car thieves and cockfighting. Buck married twice, though neither marriage would work out. He seemed incapable of staying away from crime.

And while Buck was in jail following a botched burglary, Clyde began his infamous crime spree. Then, when Buck was released in 1933, he almost immediately reunited with Clyde. But it was a choice that would ultimately lead to his gruesome death after a gunfight with police in just four short months. 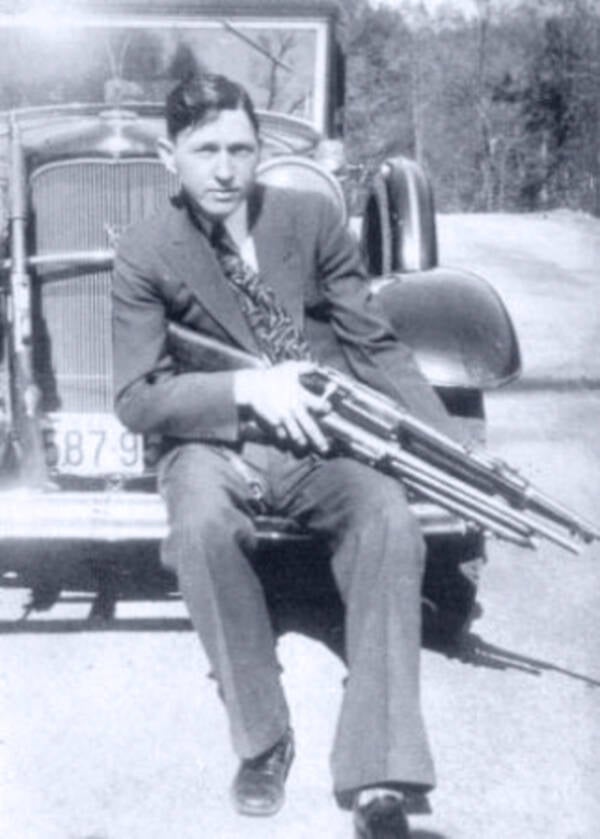 Along with his notorious brother, Clyde, Buck got an early start in mischief before transitioning to petty theft when the Barrow family resettled in Dallas.

Born Marvin Ivan Barrow in Marion County, Texas, in 1903, Buck Barrow displayed a tendency for petty crime from a young age. Raised on a hardscrabble farm In Telico, Texas, he left school when he was eight or nine years old. His nickname “Buck” came from an aunt, who said he ran around bucking like a horse.

From then on, Buck entertained himself by staging cockfights and stealing neighbors’ chickens. To supplement their sharecropper father’s meager income, Buck hunted and fished while skipping school and church.

When the First World War ended, prices for the cotton that the Barrows grew plummeted, and the family was left in even worse poverty. Buck moved to Dallas to escape, telling his mother that he’d help his brother Jack repair cars.

Given his mischievous childhood, she probably suspected that this was only a half-truth, but she could do nothing to stop him. 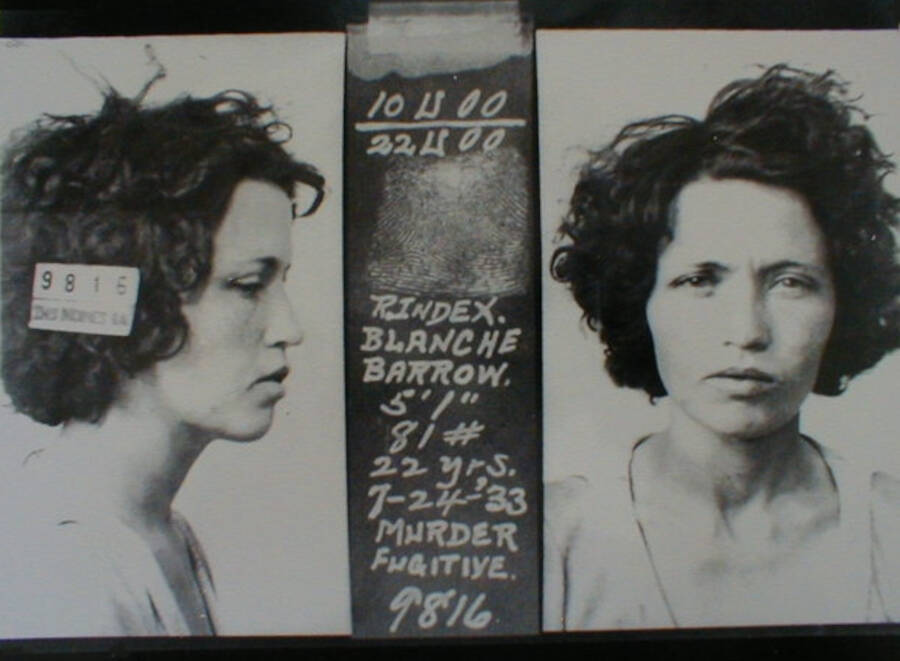 Eventually, Buck Barrow and Jack were followed by their parents, Clyde, and their remaining siblings. Buck’s first brush with Dallas law enforcement came after he was caught with a carload of valuable brass, likely stolen. He also entered a pit bull in local dogfights, divorced, married, divorced again, and spent a week in jail after taking the blame for a truckload of stolen turkeys that he and Clyde had attempted to sell.

A period of stealing cars, robberies, and further trouble with the law brought his family further distress. Then, in November, 1929, Buck Barrow brought home Blanche Caldwell, who his parents hoped would coax their son to settle down into an honest life.

But just weeks later, he was shot in the legs by police while attempting to steal $30 from a safe in Denton, Texas, and was sentenced to four years at the state prison in Huntsville.

By the time he was released on March 23, 1933, Buck’s younger brother had already met Bonnie Parker, and the two were a year into their infamous crime spree. Buck had sworn to himself and Blanche that he’d given up crime for good.

And when the pair traveled to meet Clyde, Bonnie, and their teenage accomplice W. D. Jones in Joplin, Missouri, Buck intended to convince his brother to go straight, too.

Joining Up With Bonnie And Clyde 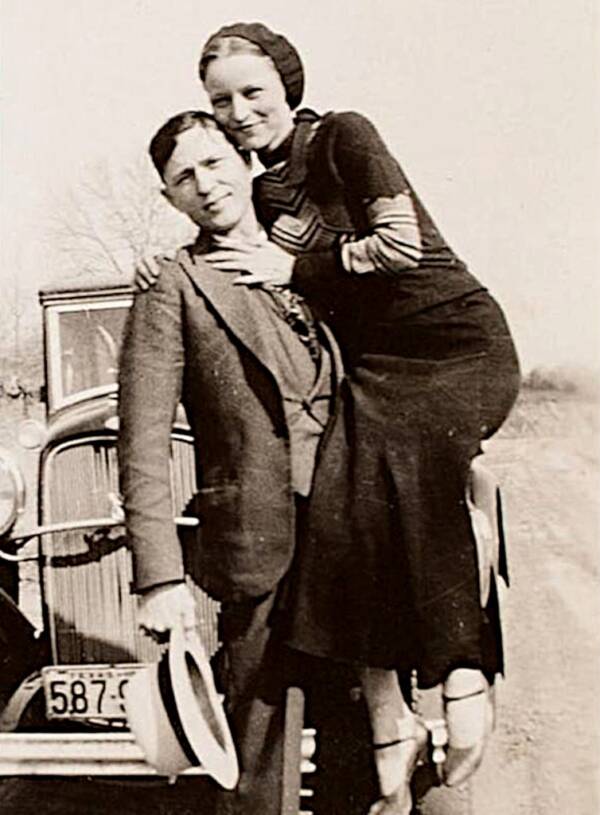 Buck’s original intention in meeting his brother Clyde in Joplin was to convince him to surrender himself. Instead, he would embark on a path to his demise.

After only three weeks in Joplin, Buck Barrow joined W. D. and Clyde in a series of small robberies around town. When police arrived at their rented apartment to arrest what they suspected to be bootleggers, Buck, Clyde, and W. D. opened fire, killing two of the cops, and the Barrow gang fled in a stolen Ford V-8.

Bonnie and Clyde had left behind a mountain of evidence in their rented Joplin apartment that connected them to robberies across Oklahoma, Texas, and Missouri. The photos they’d abandoned were soon on every front page, along with mugshots from prior arrests.

As Blanche recalled, “we traveled through New Mexico, Kansas, Nebraska, Iowa, and Illinois, back through Missouri, Arkansas, Oklahoma, and Louisiana. When the money gave out, something was robbed. I don’t remember sleeping in a bed more than three or four times in the next two weeks.”

The Barrow Gang Goes On The Run 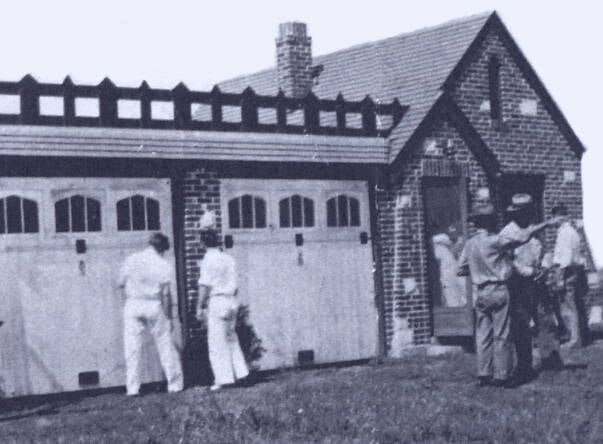 FBIThe Red Crown Tavern outside of Platte City, Missouri offered desperately-needed food and shelter to the Barrow gang. Unfortunately, it offered the same to local police.

On the run, the gang’s first public sighting since Joplin occurred in April 1933, when they kidnapped Ruston, Louisiana, undertaker Dillard Darby and his friend Sophia Stone. Apart from that episode, they did everything they could to lie low, sleeping in their car, washing in streams, and avoiding motels and restaurants.

In July, 1933, the Barrow gang checked into the Red Crown Tavern south of Platte City, Missouri. All five were exhausted from their long time spent on the run, and Clyde felt secure in the brick guest cabins at the Red Crown.

By this point, Blanche and Buck Barrow had had enough, and on the night of July 19, they talked about escaping north to Canada to live as trappers. That plan ended when police attacked before dawn.

In the gunfight, Buck was shot through the forehead and left with a wound that exposed his brain. 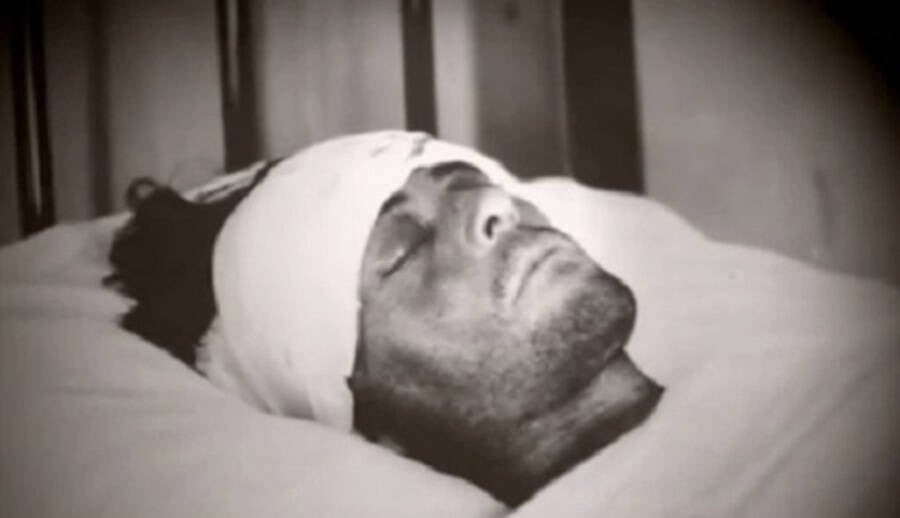 The Perry NewsBy the time Buck Barrow reached a hospital in Perry, Iowa, “the wound in [his] head gave off such an offensive odor that it was with utmost difficulty that one could remain within several feet of him.”

Fleeing north, the group was surrounded at an abandoned amusement park near Dexter, Iowa, just four days later. The trail of dirty bandages they’d left behind led police straight to them, and while Clyde, Bonnie, and W. D. escaped, Blanche and Buck Barrow weren’t so lucky. Blanche received wounds in her eyes, and Buck was shot six more times. Astonishingly, he survived.

Buck and Blanche were taken to a hospital in Perry, Iowa, where he freely admitted to his crimes in interviews with law enforcement officers. Although he seemed in good spirits, eating and talking despite his gaping head wound, doctors were convinced he wouldn’t survive. Sure enough, he contracted pneumonia, and died on July 29, aged 30.

Blanche was released from prison in 1939. She remarried and lived a quiet life, rarely speaking of her time with the Barrow gang aside from briefly consulting on the 1967 film.

And before her death from cancer in 1988, remarked that “I talk of these incidents [with Clyde and Bonnie] as if I were not a part of any of it, like a character in a book I once read.”

After reading about the short, crime-ridden life of Buck Barrow, find out more about his wife and unwitting partner in crime, Blanche. Then, take a closer look at the grisly details of the death of his brother Clyde and Bonnie Parker.