The Bunny Harvestman Spider Is Almost Too Bizarre To Be Real

Is the bunny harvestman spider the cutest arachnid ever, or the freakiest thing to come out of the Amazon? 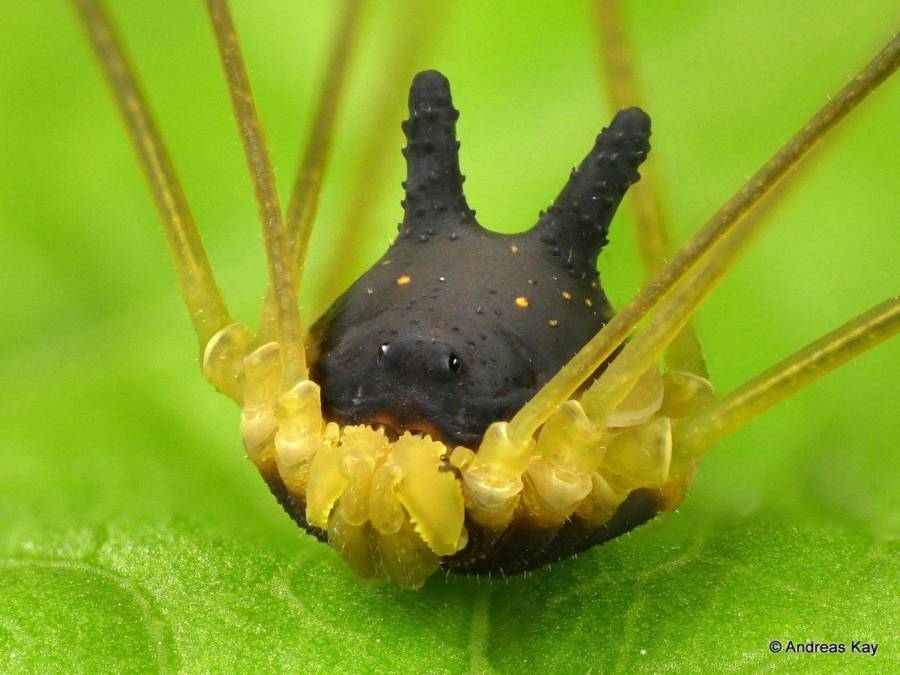 As if spiders and other arachnids aren’t already freaky enough, this strange eight-legged-critter featuring what looks like a bunny-shaped head will certainly make you wonder if it’s actually even real.

But now you may behold the bunny harvestman spider (Metagryne bicolumnata), filmed by Andreas Kay in 2017 in the Amazonian rainforest in Ecuador, according to Rumble.

The Bizarre Features Of The Bunny Harvestman Spider

Looking at a still image of this arachnid is fascinating enough, but seeing it move is truly a sight to behold. The bunny harvestman spider sports eight long legs that sprawl out from a small circular body. But the main attraction is its head, which is shaped like that of a black bunny or dog.

Footage of the bunny harvestman spider in action.

There are also two bright neon yellow spots that are conveniently located right where a bunny’s eyes would appear, further reinforcing this bizarre illusion.

The bunny harvestman spider’s real eyes are actually further down from those two spots, at a protruded point with the eyes placed on either side of the bump, wrote Newsweek. But it would be pretty hard to figure out this detail without having it pointed out to you. This bump also happens to create the illusion of a nose, which makes the bunny head image all the more convincing. 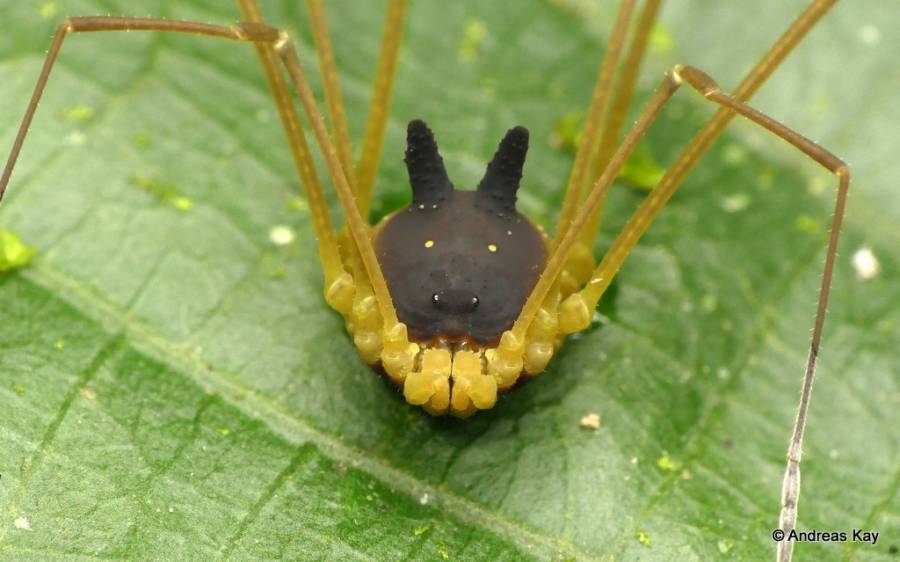 Although this creature has eight legs as any spider would, it actually belongs to a different order of animals known as Opiliones — or as they’re commonly referred to, daddy longlegs.

So while this creature looks like a spider and falls in the same Arachnida family, it is technically not a spider (though it’s widely referred to as such) and is instead a daddy longlegs.

Daddy longlegs are characterized by having two eyes and eight legs that are all attached to the abdomen, according to entomologists at the University of California, Riverside (UCR).

The researchers from UCR explain:

“They are usually found under logs and rocks, prefer moist habitat although they can be found in the desert, often have long flexible legs… and they do not produce silk so therefore they are never found in webs unless they are being eaten by spiders.”

There are more than 6,600 known Opiliones species around the world, and the bunny harvestman spider might be the weirdest one out there. And these creatures are not only weird, they’ve also been around a long time. According to Rumble, “Harvestmen have been around for at least 400 million years and lived even before the dinosaurs.”

The Mysteries Of The Harvestman’s Head 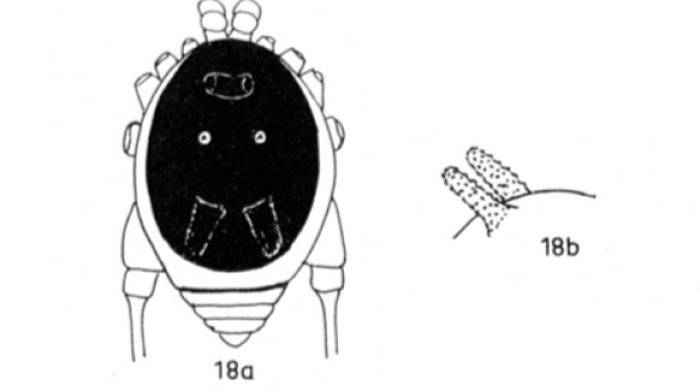 Unfortunately, scientists don’t have a concrete explanation for why the bunny harvestman spider’s body looks the way that it does, and the creature hasn’t been extensively studied either.

Nevertheless, Rumble suggests that the shape might be a means of fooling predators into thinking that its head is larger than it actually is, but this hypothesis has not been confirmed by experts.

If the bizarre bunny-like form of this arachnid isn’t meant to fool its predators, then the mystery of this weird creature will have only gotten weirder.

After this look at the bunny harvestman spider, check out some of the most interesting facts about spiders and learn all about the astounding banana spider. Then, meet some of the weirdest animals on Earth.