Dr. Milton Rokeach forced three men who all believed themselves to be the Messiah to live together for two years in an effort to bring them out of their irrationality. But what Rokeach learned had little to do with the men themselves.

In 1959 three schizophrenic patients who all identified as Christ were brought together at a psychiatric hospital in Ypsilanti, Mich. The three Christs were engineered to live together for two years by Psychologist Milton Rokeach in an effort to break their delusions.

Rokeach figured that if he could introduce three men who all shared the same delusion then perhaps they could be reasoned out of their insanity. The experiment was dramatized in the 2017 dark comedy starring Peter Dinklage, Three Christs, but before you check out the film, read up on what happened to the real-life three Christs of Ypsilanti.

The Three Christs Of Ypsilanti Meet 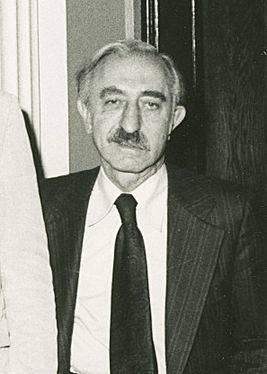 Milton Rokeach heard about a random grouping of two women who both believed themselves to be the Virgin Mary at a different psychiatric hospital. One of the Marys realized that if another person claimed to be the only Virgin Mary, then surely she must be mistaken about her own identity. She subsequently snapped out of her delusion.

Rokeach, who was already a respected psychologist when he came across this study, was inspired and thought to try it for himself. His reasoning was based on the simple biblical notion that there is only one Jesus Christ. Perhaps, then, if he deliberately introduced multiple people who all believed themselves to be Jesus Christ, this would challenge their delusions and in turn break through their irrationality — just as the one Mary had. 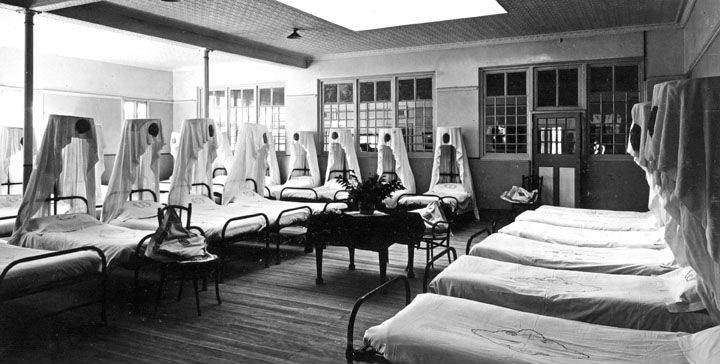 The three Christs were Joseph Cassel, Clyde Benson, and Leon Gabor. They ranged in age from their late thirties to early seventies, and the severity of their delusions varied as well.

Mild-mannered, 58-year-old Joseph had been institutionalized for two decades. Prior to falling to his delusions, Joseph was a writer and though he had never been to England, claimed to be English and needed to return. 70-year-old Clyde suffered from dementia and often recalled simpler times working on a railroad and fishing. Leon, 38-years-old, was committed as a boy when he commanded his mother to forsake false idols and worship him as Jesus. He was intelligent and coherent but had been raised by an ill woman. He of all the self-proclaimed Messiahs most resembled Jesus.

Rokeach first introduced the men on July 1, 1959. Although they used their given names, each made sure to also reveal himself as Jesus.

“It so happens that my birth certificate says that I am Dr. Domino Dominorum et Rex Rexarum Simplis Christianus Peuris Mentalis Doktor,” Leon said at this introduction. This meant “Lord of Lords, and King of Kings, Simple Christian Boy Psychiatrist.” He then said that his birth certificate also declared him Jesus Christ of Nazareth.

Joseph protested this and Clyde joined in resulting in a chaotic first meeting. Clyde and Joseph screamed at each other: “Don’t try to pull that on me because I will prove it to you… I’m telling you I’m God!”

Leon would describe the session as mental torture. He claimed that Rokeach was trying to brainwash them. 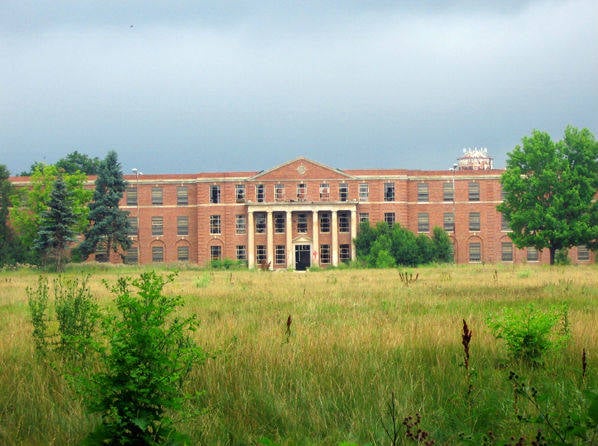 Rokeach assigned the men rooms next to one another and seats in the cafeteria together as well as jobs in the laundry at the same time. He made sure that the three Christs couldn’t get clear of each other and consequently were constantly forced to confront the core belief of their identity.

Weeks went by and they argued continuously. None of the men gained any ground with each other but instead, each became more and more frustrated and frazzled. So Rokeach decided to mess with them.

Rokeach sent the three Christs letters. Leon’s were from his newly invented wife “Madame Yeti Woman.” Joseph’s were from the head of the hospital.

The letters started as an innocuous conversation and included such mundane things as tips to better improve their care. But when Rokeach began to question the three Christ’s identity’s in the letters, the patients broke off contact.

The three Christs of Ypsilanti remained exactly that, three Christs. They argued every day and sometimes came to blows. When cornered, they blamed the others are crazy, or controlled by machines.

Rokeach then printed a fake article about himself in which he gave a lecture concerning his study of the three men in Ypsilanti Hospital, all believing themselves to be Jesus. Then Rokeach read the letter to them.

The three Christs broke down momentarily but regained their delusions.

Rokeach was reported by his students involved in the study as being not only absent but also relatively cruel. His students often came to question their own sanity when spending so much time amongst patients. Rokeach also questioned his three patients severely and was hailed as “confrontational” by his students.

He had at one point hired a beautiful research assistant to flirt with Leon in an effort to use desire as a means of pulling him out of his delusion. Leon did, of course, fall in love with the assistant. But he did not give up his delusion and became all the more confused because it was just a tease. Leon figured this out and withdrew into himself.

“Truth is my friend, I have no other friends,” Leon said.

Rokeach’s use of manipulation and illusion against the patient’s delusions proved only more detrimental.

As time went on the men started to humor one another’s delusions. They even became friends, defending each other against other patients. They stopped arguing and talked about mundane things and avoided the subject of Jesus entirely.

With nothing much doing, Rokeach prepared to end the study. Even after two years, he had accomplished next to nothing. The only difference was that Leon had changed his name to Dr. Righteous Idealized Dung.

Trailer for the 2017 film, Three Christs.

The 2017 film is based on Rokeach’s experiment, with the doctor played by Richard Gere (of a different name, Dr. Alan Stone) and one of the three Christ’s — Joseph — by Peter Dinklage. Clyde is played by Bradley Whitford and Leon by a Walton Goggins. The assistant Rokeach had Joseph fall in love with was also featured in the movie, albeit with some dramatization.

But from what we’ve read, the true story and the memoir that followed may prove better entertainment than the screen version.

Rokeach wrote a book, aptly titled The Three Christs Of Ypsilanti in which he claimed to have helped the three Christ’s and made substantial discoveries. He hadn’t, of course, and many years later, in 1984, he wrote a personal expose in which he admitted:

“…while I had failed to cure the three Christs of their delusions, they had succeeded in curing mine-of my God-like delusion that I could change them by omnipotently and omnisciently arranging and rearranging their daily lives within the framework of a ‘total institution’.”

What Rokeach failed to accomplish within his patients — overcoming their delusion — he was able to realize was a condition he suffered from himself, as he himself had been under the false belief of omnipotence while at Ypsilanti. He explained that in the intervening years he had grown “uncomfortable about the ethics” of his experiment, and admitted that he “really had no right, even in the name of science, to play God and interfere round the clock with their daily lives.”

Now that you’ve learned about the Three Christs of Ypsilanti, check out what was wrong about Sigmund Freud’s psychology. Then, learn how the Milgram Experiment proved that anybody could become a monster. Finally, read up on Yeshua, the true name of Jesus Christ.