The O’Hares: A Story Of Redemption Between Father And Son Easy Eddie And Butch O’Hare

Edward J. O’Hare, commonly known as Easy Eddie, helped nab notorious mobster Al Capone at his own expense. The ambitious man had hoped to pass on his lifestyle to his son, Edward “Butch” O’Hare, who later became a flying ace in World War II. Like his father, Butch was also a man of action. But his actions proved nobler than his father’s and managed to rewrite his family’s legacy from one of crime to one of virtuosity.

Though not from Chicago, their lives had become inextricably tied to the city — and the crime boss who ran it. That city, in turn, honored their redemptive legacy with the naming of the Chicago O’Hare International Airport.

The Story Of Easy Eddie 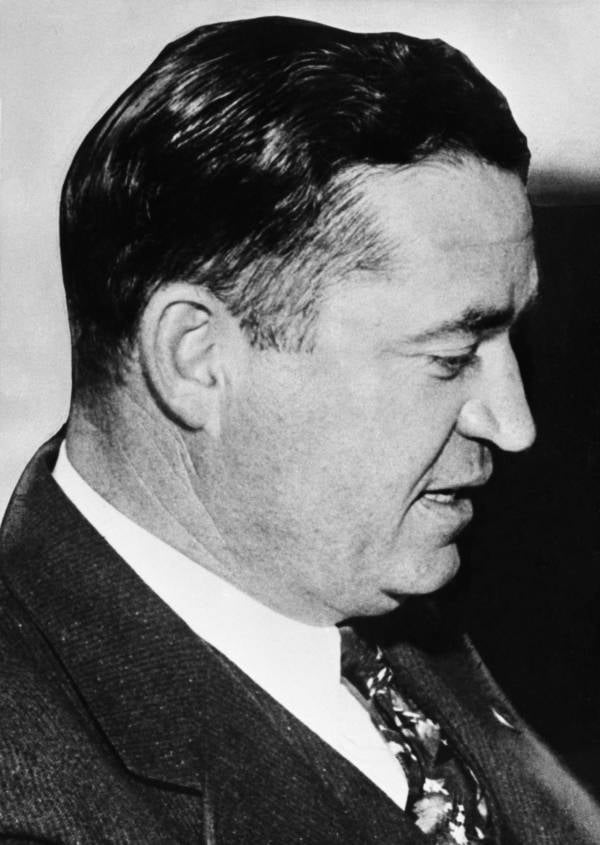 Before he struck it rich as an infamous lawyer and wealthy president of the Sportsman’s Park racetrack, Edward J. O’Hare — who was later known to his unsavory business associates as Easy Eddie — was just an ambitious Irish businessman from St. Louis, Missouri.

He married a young woman named Selma Lauth when he was just 19, and the couple had two daughters, Patricia and Marilyn, and one son, Edward. His career had undeniably humble beginnings as he raised his family in an apartment above his father-in-law’s Soulard grocery store.

Ever industrious, O’Hare found the time to take classes and pass the Missouri bar exam while he sent his son to Western Military Academy in Alton. O’Hare joined a law firm and continued to expand his business interests. But O’Hare didn’t really hit it big until he met Owen Patrick Smith, the commissioner of the International Greyhound Racing Association.

Smith had originally hired Easy Eddie O’Hare to obtain a patent license for a mechanical rabbit that he used to entice the dogs to race around the track, which was lucrative in itself. When Smith died shortly after, O’Hare purchased the patent rights from Smith’s widow. With his newfound earnings, O’Hare moved his family to a nicer neighborhood. Then he and Selma divorced in 1927 and O’Hare took their three children and moved to Chicago.

Crime bosses in 1930’s Chicago operated like business insurers and so when O’Hare sought to set up shop there, none other than notorious crime boss Al Capone collaborated with him on business ventures. By 1931, Capone and O’Hare had opened and were operating dog tracks in Chicago, Miami, and Boston. O’Hare continued to rake it in, but after a while, he began to tire of working with Capone and his lawless mob.

Around the same time, Edward “Butch” O’Hare was in the process of applying to the Naval Academy and would require the backing of a congressman in order to be accepted. O’Hare was well-connected, but he feared to harm his son’s reputation via his illegal dealings, and so by some accounts, this was the catalyst which led O’Hare to turn away from — and eventually turn in — Al Capone. 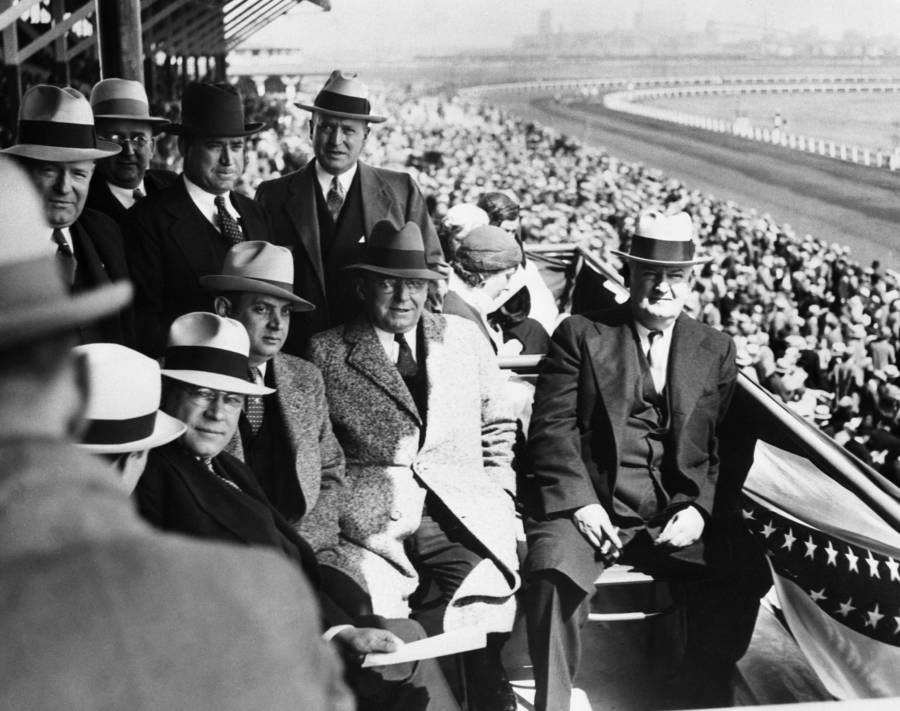 O’Hare contacted a former St. Louis colleague, a reporter named John Rogers, who put him in touch with the Internal Revenue Service. O’Hare turned over a series of Capone’s financial records which gave prosecutors the evidence they needed to finally arrest and convict the long sought after criminal of tax evasion. Capone was consequently imprisoned in Alcatraz from August 1933 to January 1939.

O’Hare’s “contribution to the investigation of Al Capone ought to be put in proper perspective, and without his cooperation, there never would have been a case against Capone,” ex-Chicago cop and unofficial historian Ed Burke reported.

But O’Hare’s change of heart may quite possibly have cost him his life. On his way home from a racetrack on November 8th, 1939, O’Hare was shot by two men in a neighboring car. They were most likely hit men, acting out of retaliation for putting Capone away, although this was never proven and no arrests for Easy Eddie O’Hare’s murder were = ==made. 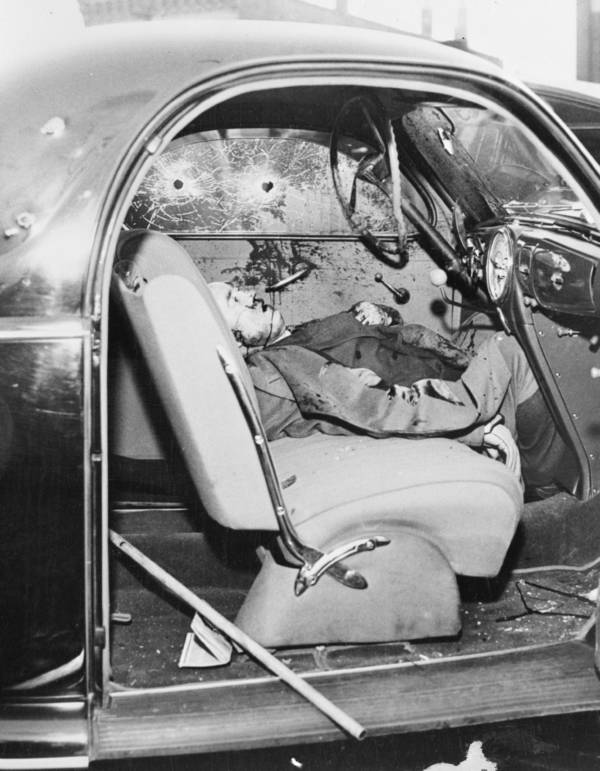 Getty ImagesEdward J. O’Hare pictured slumped at the wheel of his car after he was shot to death in 1939.

The Story Of Butch O’Hare

Edward “Butch” O’Hare may have had an even more remarkable career than his father. Although initially the senior O’Hare feared that his son lacked ambition, Butch was subsequently sent to the Western Military after he was caught lazing on the couch eating pastries.

Following his graduation from WMA in 1932, Butch went on to enroll in the United States Naval Academy.

He was allowed to return home in 1939 for the death of his father. 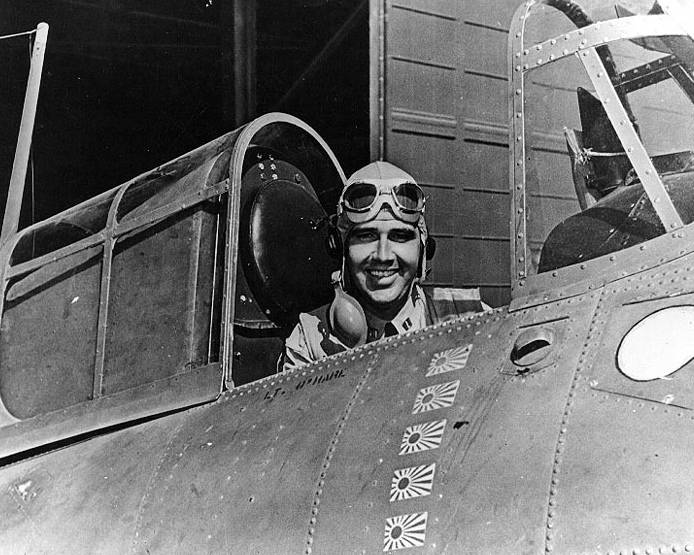 Wikimedia CommonsButch O’Hare in his plane, circa 1942.

In July 1941, Butch O’Hare met his wife. He proposed the first time they met and six weeks later they married. But Butch was dispatched shortly after Pearl Harbor was bombed. He and his new bride set sail to Hawaii together, albeit in separate ships, for their honeymoon. Butch was then assigned to the aircraft carrier USS Lexington in the waters north of Papua New Guinea.

On February. 20, 1942, his crew received notice that the Japanese were shipping into Rabaul. The USS Lexington, led by Lieutenant Commander John Thach, headed toward Rabaul to make a strike at the Japanese, but they were discovered en route by an enemy Snooper. The Snooper relayed their position back to the Japanese, and, by that afternoon, multiple Japanese bombers were upon them.

Thach led an interception, but in the meantime, more Japanese bombers headed towards them. Butch and his wingman, Duff Dufilho, launched from the Lexington to try to head off the second wave. 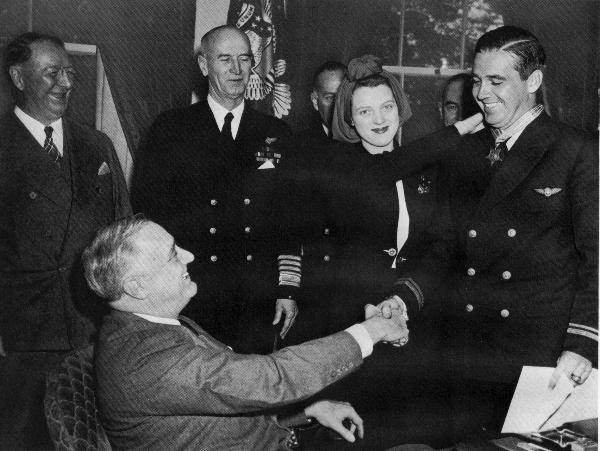 Wikimedia CommonsButch O’Hare shakes hands with President Roosevelt as he receives his medal of honor.

It soon became apparent that no other pilots were close enough to assist in the fight. Rather than head back, Butch went on to intercept them alone. Demonstrating remarkable marksmanship, he single-handedly downed five Japanese bombers, attacking them until he ran out of ammo.

He had used only sixty rounds of ammo for every bomber he had destroyed. Luckily by this time, the other pilots had caught up to him, and he was able to land his plane with minimal damage.

His act of bravery was credited with saving the USS Lexington, and he was personally congratulated by President Roosevelt for his courage during a White House ceremony where he was awarded the Medal of Honor. 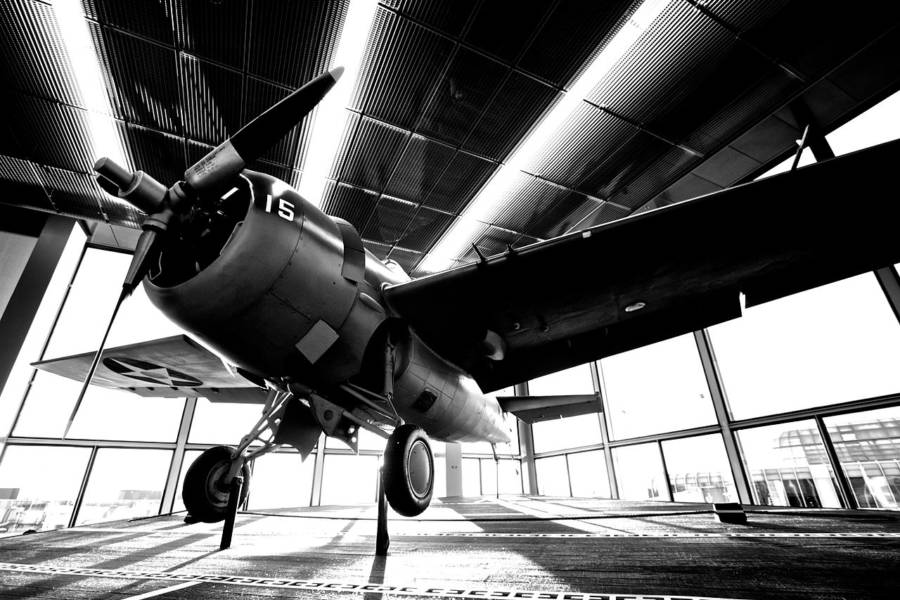 Wikimedia CommonsA replica of Butch O’Hare’s aircraft on display in Terminal 2 of the Chicago O’Hare airport.

He thus became the first naval recipient of the Medal of Honor during World War II. Although Butch O’Hare had never lived in Chicago himself, he had his father’s Chicago connection, and he was further commended in 1949 when the Orchard Depot Airport in Chicago was renamed the O’Hare International Airport in his honor. A model of the plane he flew during World War II remains on display in Terminal 2 at the airport, serving as a tribute of his service to his country.

His remarkable bravery and selflessness serve as redemption for his father less-than-noble past.

After this look at father and son duo of Easy Eddie and Butch O’Hare, check out Emma Darwin, the incestuous bride to the father of evolution. Then, check out these 25 astounding Al Capone facts.