Ever Stood On A Ledge And Thought, ‘I Could Jump’? There’s A Phrase For That

It’s a feeling more people have had than they’d like to admit. You’re looking down from the edge of a tall cliff or a balcony dozens of stories high admiring the bird’s eye view when suddenly, something sinister happens. “I could just jump right now,” you think to yourself, before mentally recoiling at the thought as you withdraw from the ledge. You’re not alone. The French have a phrase for it: l’appel du vide, the call of the void.

If you’ve experienced this feeling in a completely non-suicidal way, there’s no definitive conclusion or explanation for it. It is, however, a feeling common enough that studies have been dedicated to it. 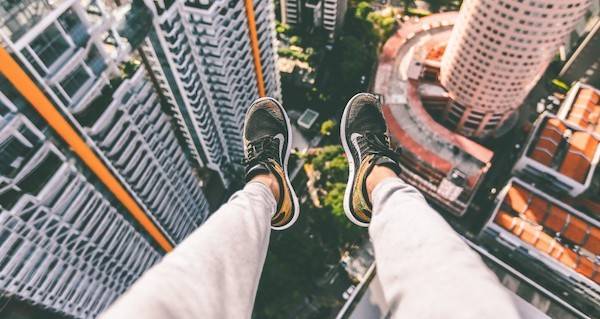 In 2012, Jennifer Hames led a study at the Department of Psychology at Florida State University on the call of the void. She called it “the high place phenomenon,” and ultimately said that the call of the void is potentially the mind’s weird (and seemingly paradoxical) way of appreciating life.

The study samples a survey of 431 undergrad students, asking them if they’ve experienced this phenomenon. At the same time, she assessed their mood behaviors, symptoms of depression, anxiety levels, and their levels of ideation.

A little over 50% of the subjects who said they felt the call of the void never had suicidal tendencies.

So what exactly is going on?

It could be explained by a strange mix between the conscious and unconscious mind. The analogy Jennifer Hames gives in relation to the call of the void, or the high place phenomenon is that of a person walking near the edge of a roof.

Suddenly the person has a reflex to jump back, even though they weren’t in danger of falling. The mind quickly rationalizes the situation. “Why did I back away? I can’t possibly fall. There’s a railing there, so, therefore—I wanted to jump,” quotes the study as the conclusion people come to. Basically, since I lurched away, I must have wanted to jump, but I really don’t want to jump because I want to live.

“Thus, individuals who report experiencing the phenomenon are not necessarily suicidal; rather, the experience of high place phenomenon may reflect their sensitivity to internal cues and actually affirm their will to live,” Hames summarized. 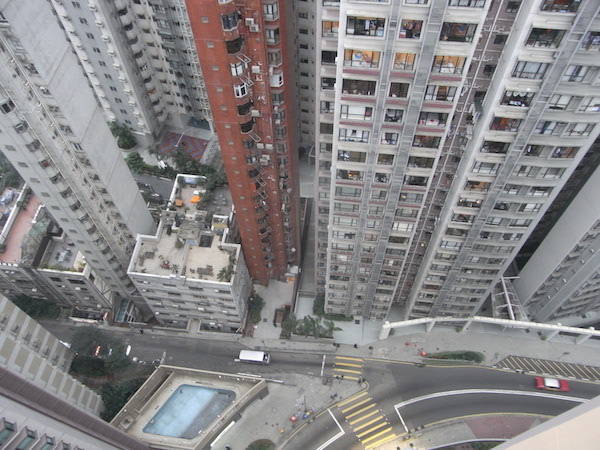 Wikimedia CommonsAre you getting that call of the void feeling from this view?

The study is flawed but interesting, with a major takeaway being the clear example it demonstrates the notion that unusual and confusing thoughts don’t actually indicate real risk and aren’t also isolated.

An alternative theory to the call of the void comes from Adam Anderson, a cognitive neuroscientist at Cornell University. He studies behavior and emotion using images of the brain. His theory for call of the void is more along the lines of a tendency to gamble.

People are more likely to take risks when the situation is bad because they want to avoid the possibly bad outcome by gambling against it.

As illogical as it may sound, if someone has a fear of heights their instinct is to gamble against it by jumping from that high place. Future gain is not as immediate as avoiding present danger. Fear of heights and fear of death are not so connected. Fear of death holds an emotional distance that other, less abstract fears don’t.

Therefore, jumping solves the fear of heights immediately. Then you’re confronted with the fear of death problem. (Which may wind up not being a problem if you die.)

“It’s like the CIA and FBI not communicating about risk assessments,” said Anderson.

Numerous other theories have been examined as well. From the French philosopher Jean-Paul Sartre, it’s “a moment of Existentialist truth about the human freedom to choose to live or die.” There’s the “vertigo of possibility” – when humans contemplate dangerous experiments in freedom. The idea that we can choose to do this.

There’s also the purely human explanation: that the urge to sabotage ourselves is human.

Even though there is no scientific, fool-proof explanation for l’appel du vide, the call of the void, the fact that many theories and several studies have proved one thing: it’s a shared sensation.

After learning about the call of the void, read about the the Stanford Prison Experiment, which revealed the darkest depths of human psychology. Then learn about Franz Reichel, the man who died jumping off the Eiffel Tower.