Eleven months ago, Cameron Underwood was without most of his lower jaw, his nose, and all but one of this teeth. 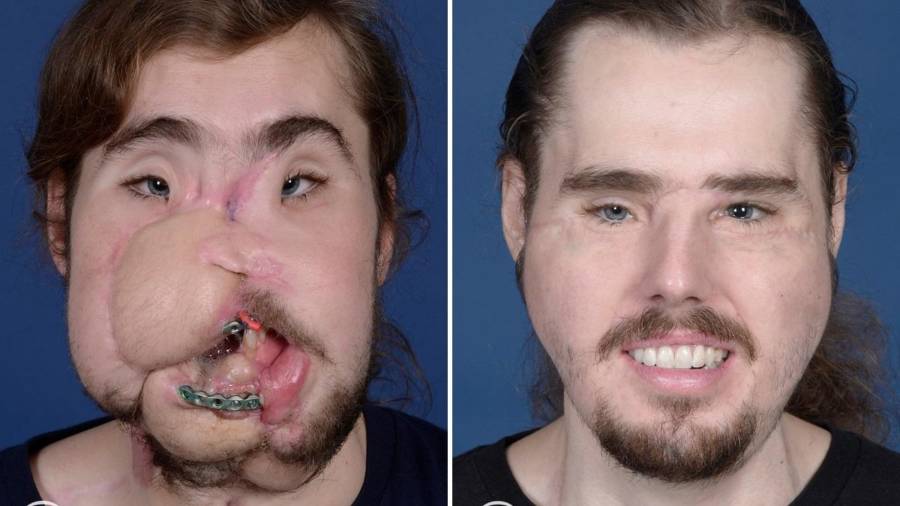 NYU LangoneCameron Underwood before and after his face transplant.

Eleven months ago, Cameron Underwood was without most of his lower jaw, his nose, and all but one of this teeth.

But now, Underwood has revealed his new face to the world — the one given to him by doctors.

On Nov. 29, New York University’s Langone Health center announced the results of the facial transplant procedure that they’d completed on Underwood in January 2018. Following a long recovery period, the 26-year-old California man now appears poised to open a new chapter in his life with a new face.

“The journey hasn’t been easy,” Underwood said in a statement from Langone Health, “but it’s been well worth it.”

A look at Cameron Underwood’s journey through the facial transplant process.

That seeds of that journey were sewn when Underwood shot himself in the face during a suicide attempt in Yuba City, Calif. in June 2016. Several reconstructive surgeries followed, but Underwood was still left without much of the lower and middle portions of his face.

Conventional reconstruction wasn’t working, so Underwood and his family decided to turn to the facial transplant team at Langone Health, led by Dr. Eduardo D. Rodriguez. “When we read about what Dr. Rodriguez had done for his other patients,” said the patient’s mother, Beverly Bailey-Potter, “we knew he was the only person to whom we would trust Cameron’s life.” 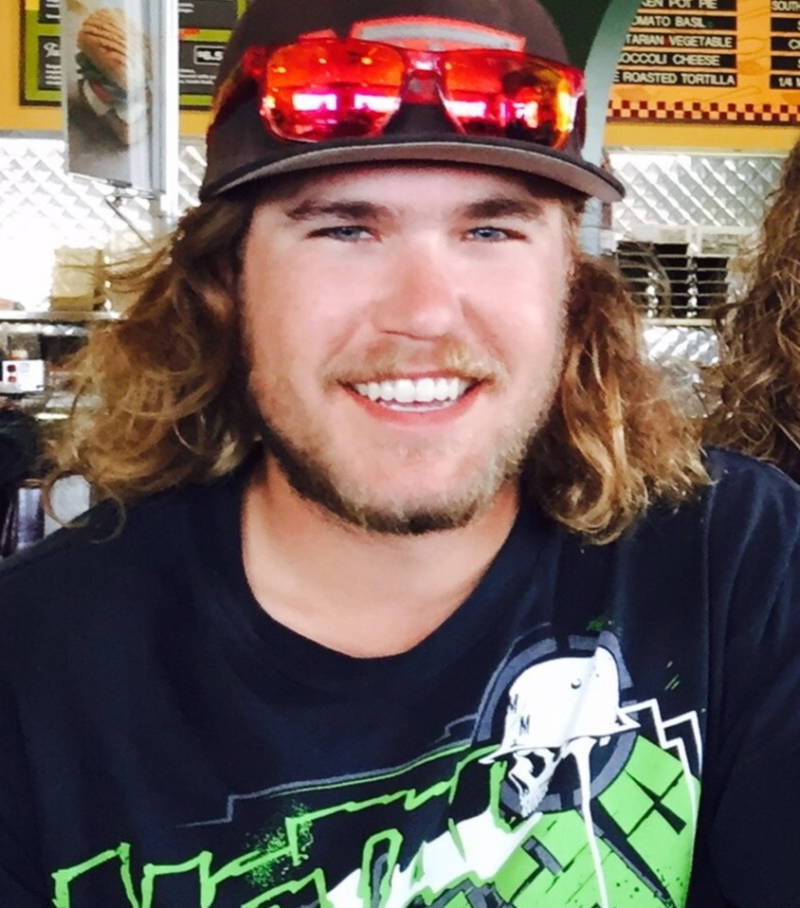 “When we first met Cameron, we were confident we could improve his appearance and, more importantly, his function and quality of life,” Dr. Rodriguez said.

Eventually, in July 2017, Underwood’s case cleared Langone Health’s approval process, placing him on the waiting list for a donor. The wait lasted until the following January, when Rodriguez and approximately 100 other medical professionals were able to use the face donated by 23-year-old New York resident William Fisher to give Underwood a second chance. 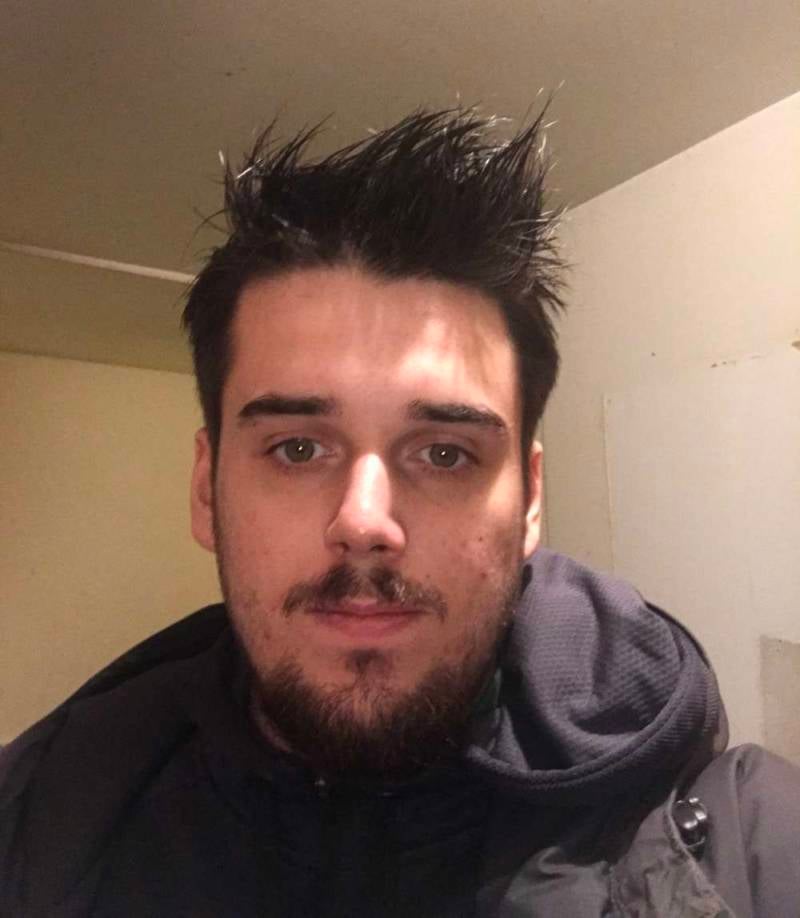 The surgery began on the morning of Jan. 5 and lasted 25 hours. According to IFLScience, “Underwood received Fisher’s upper and lower jaw bones, including his 32 teeth, palate (roof of the mouth), floor of the mouth, lower eyelids, cheeks, nose, and nasal passage sections. Underwood’s own tongue remained, but underwent reconstruction.”

Following the procedure, Underwood spent the next six weeks at Langone Health, after which time he was discharged to a nearby apartment specifically set up for recovering face transplant patients.

The young man was finally able to return home in March, but continues to make monthly visits to Langone Health while also completing outpatient rehabilitation including physical, occupational, and speech therapy. Furthermore, Underwood will take medication designed to prevent his body from rejecting his transplanted face for the rest of his life.

As Underwood said at a press conference in New York on Nov. 29:

“I am so grateful to have a face transplant because it gives me a second chance at life… I have a nose, and a mouth so I’m able to smile, to speak and eat solid foods again… I have been able to get back to many of the activities I love, like being outdoors, playing sports and spending time with my friends and family. I hope to get back to work soon and someday to start a family.” 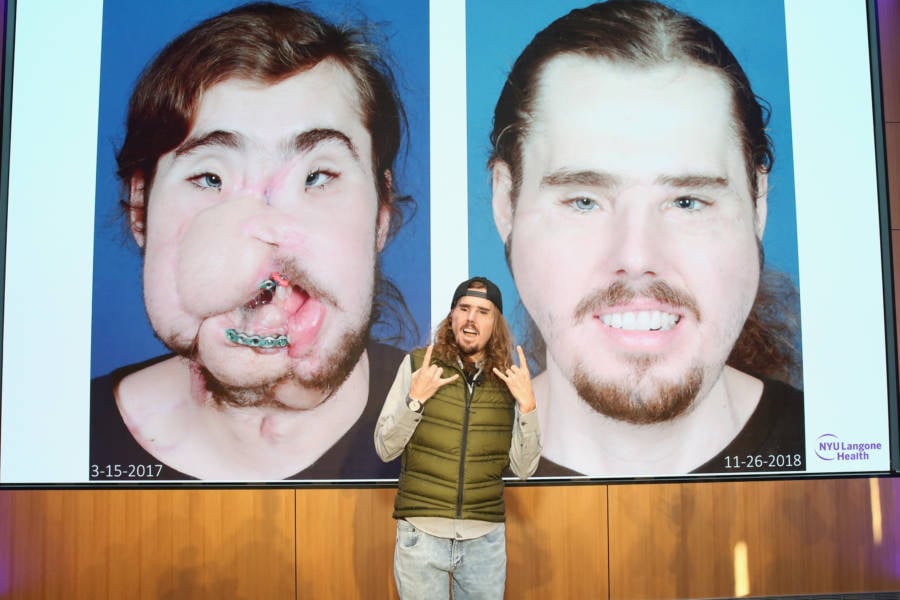 And as face transplant procedures — there are more than 40 on record worldwide since the first in 2005 — become increasingly advanced, cases like Cameron Underwood’s chart a pioneering course into a future where patients like him can truly get a second chance.

After this look at Cameron Underwood, read about Walter Yeo, the World War I soldier whose face was disfigured in combat before early plastic surgery came to the rescue. Then, learn the story of Russian scientist Anatoli Bugorski, who was shot through the skull with a laser and lived.