Toxeus magnus will nurse her spiderlings well into their "teens" with a protein-rich milk-like substance secreted from her birth canal. 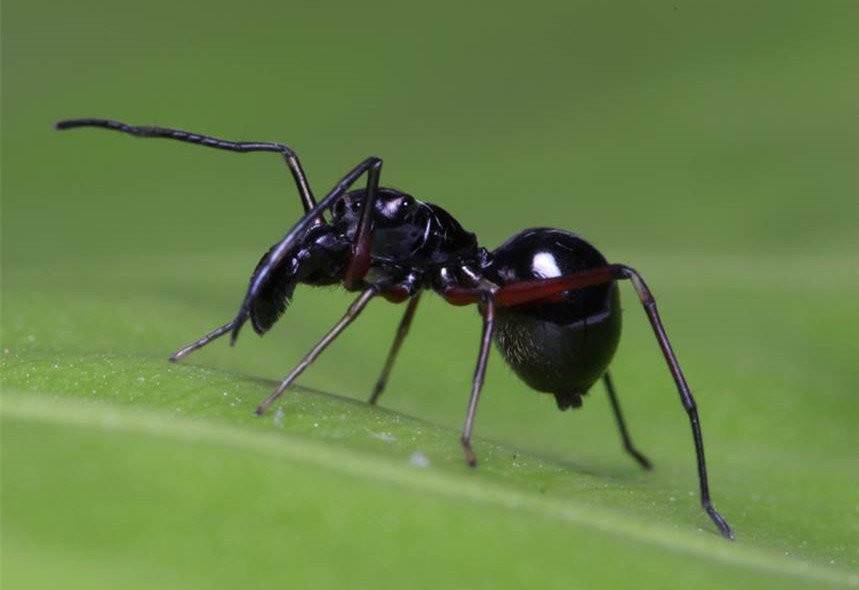 Chen ZhanqiToxeus magnus, the spider mom that nurses her babies until they’re teenagers.

A Singapore-based species of jumping spider known as Toxeus magnus was recently spotted surrounded by a litter of spider babies, who she was nursing with a protein-packed milk secreted from her birth canal.

The spider mom was found to be something of a helicopter parent as she nursed her spiderlings well into their “teen” years, and devoted most of her energy to her babies.

Spiders, unlike mammals, are not known to be particularly nurturing to their offspring. Some species are even known to be cannibalistic towards their young. But this particular species of jumping spider, according to behavioral ecologists Chen Zhanqi and Quan Rui-Chang at the Chinese Academy of Sciences’ Center for Integrative Conservation in Menglunzhen, evidently “had to invest so much in caring for the baby,” as much time as any mammalian parent might.

Footage of a spider mother nursing her spiderlings.

Upon closer inspection, the jumping spider matriarch was found to indeed be making milk for her offspring and nursing them well into their teen years — which in spider time is 20 days. After laying 36 eggs, the mother meticulously distributed a droplet of milk around her nest until the eggs hatched, at which point, the young spiders swarmed her birth canal in order to suckle.

If spiderlings 20 days or younger were denied milk, they likely died.

The milk was confirmed to be protein-rich, four times more packed with protein than cow’s milk — though don’t expect to see spider milk as the latest craze in milk alternatives. Further study suggests that the “milk” may actually be premature eggs, Rui-Chang says. In essence, the baby spiders are feeding on the nutrient and protein-rich unfertilized eggs of their never-will-be siblings. 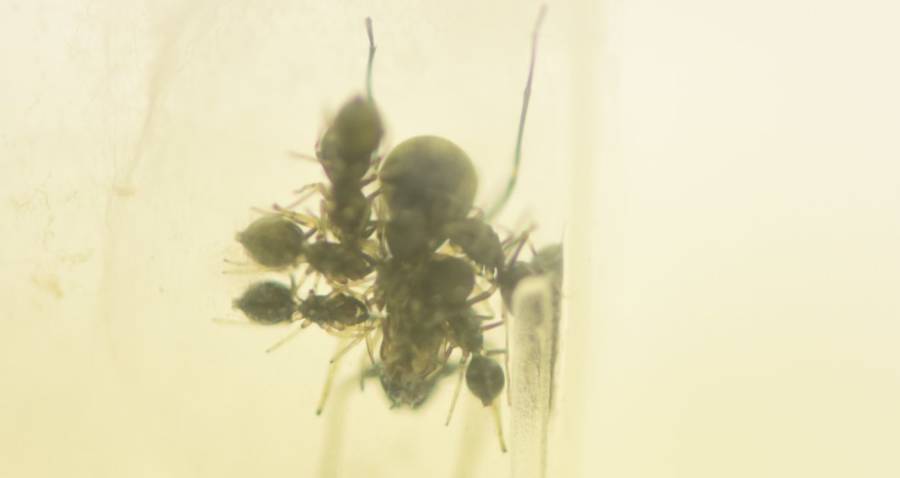 This phenomenon of egg-milk, or “trophic eggs,” has been spotted amongst some amphibians and other invertebrates alike. For instance, cockroaches also produce “milk,” but the baby roaches don’t receive this milk through suckling the way these spiderlings do, which only makes the nursing habits of this particular arachnid all the more unique.

Nursing exists only in very few vertebrates, such as humans and elephants, Rui-Chang said, but “the extended maternal care indicates that invertebrates have also evolved [this] ability.”

This strange yet touching discovery can “help increase our understanding of the evolutionary origins of complex forms of parental care,” said Nick Royle, a behavioral ecologist at the University of Exeter who was not involved with the work.

The finding could prove that a large, more complex brain may not be a necessary requirement for mothering of this kind.

After this look at the weird nursing spider, check out this even weirder bunny-headed harvestman arachnid. Then, take a look at the incredible banana spider.