When Camille Bell’s Son Was Killed During The Atlanta Child Murders, She Rallied Her City To Demand Justice

Camille Bell's son was found dead on Nov. 8, 1979, an early victim of the Atlanta Child Murders. Grief-stricken, Bell's anguish drove her to seek justice for the slain and safety for the living. 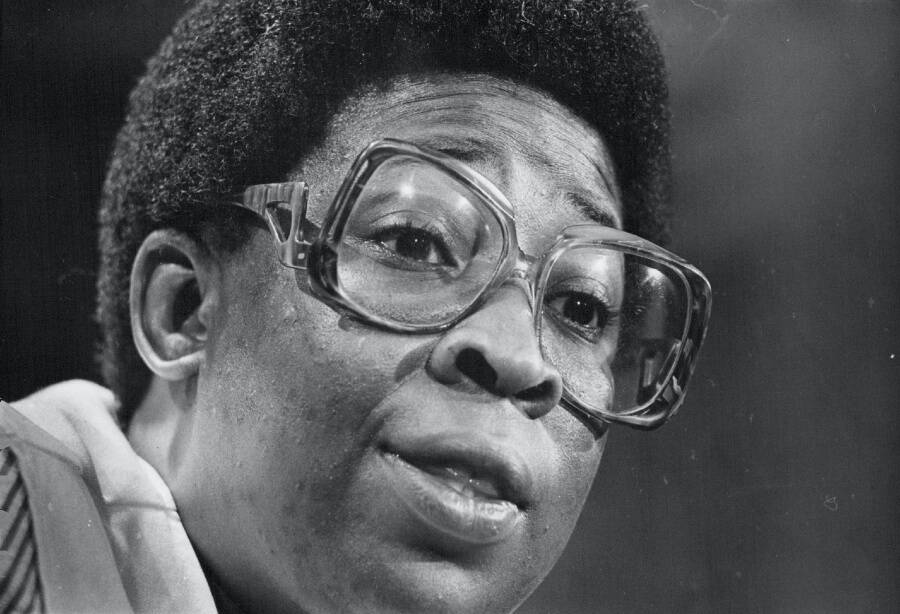 When she watched her nine-year-old son, Yusuf, head out on a warm summer day in October 1979, Camille Bell never suspected it would be the last she saw him. His lifeless body turned up 18 days later in an abandoned school building, one of the 29 victims during the Atlanta Child Murders.

They are only called that because of Camille Bell. When police investigators wouldn’t take the disappearances and murders of black youth seriously, she led other mothers of dead children to become a tireless advocate for justice for the murdered.

Her relentless struggle finally forced investigators to look at the cases anew, which is when they realized they may have been dealing with a serial killer. The contentious battle was recently featured in the second season of Netflix’s hit crime drama Mindhunter, but the real story is even more powerful — and enraging.

Camille Bell’s Early Life And The Disappearance Of Her Son, Yusuf 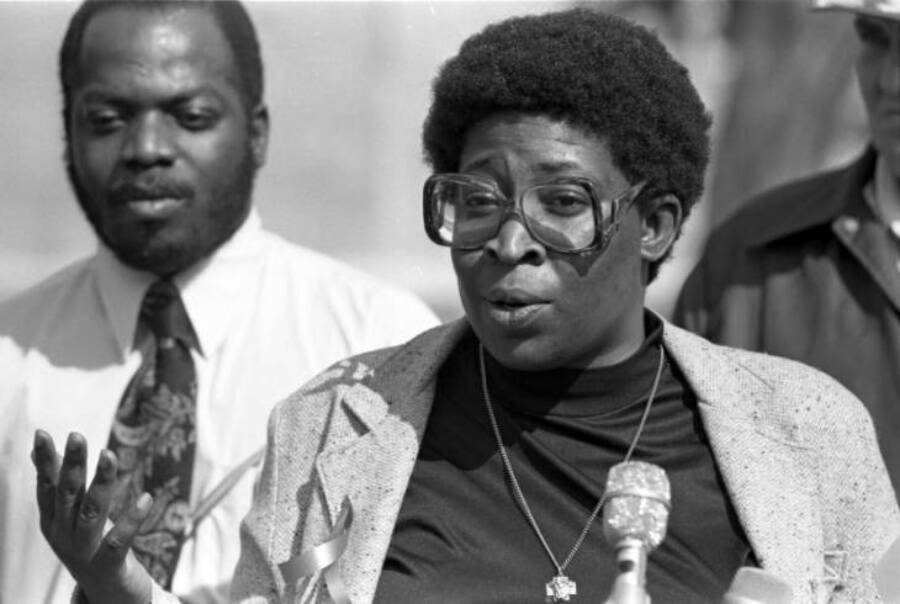 Georgia State University Library ArchiveCamille Bell turned her grief and frustration into action by corralling the mothers of the other slain victims and their communities.

Before she became the face of the Atlanta Child Murders’ avenging mothers, Camille Bell was born in Philadelphia in 1947 to an engineer father and a high school science teacher mother. Taking after her parents, Bell excelled at school and became a National Merit Scholar, later attending Morristown College in Tennessee for two years before moving to Atlanta.

In her new city, young Camille Belle studied while working with the Student Nonviolent Coordinating Committee. In 1967, she met her future husband John Bell and the marriage resulted in four children before ending after 11 years.

Due to issues her youngest daughter, Cici, was having, Camille Bell was forced to quit her steady job to care for her kids. The tenacious single mother of four supplemented her child support income by selling cleaning products and cosmetics to make ends meet.

Then, on Oct. 21, 1979, her son, Yusuf Bell, went to the store to buy household supplies for their elderly neighbor. It was the last time anyone saw him alive. 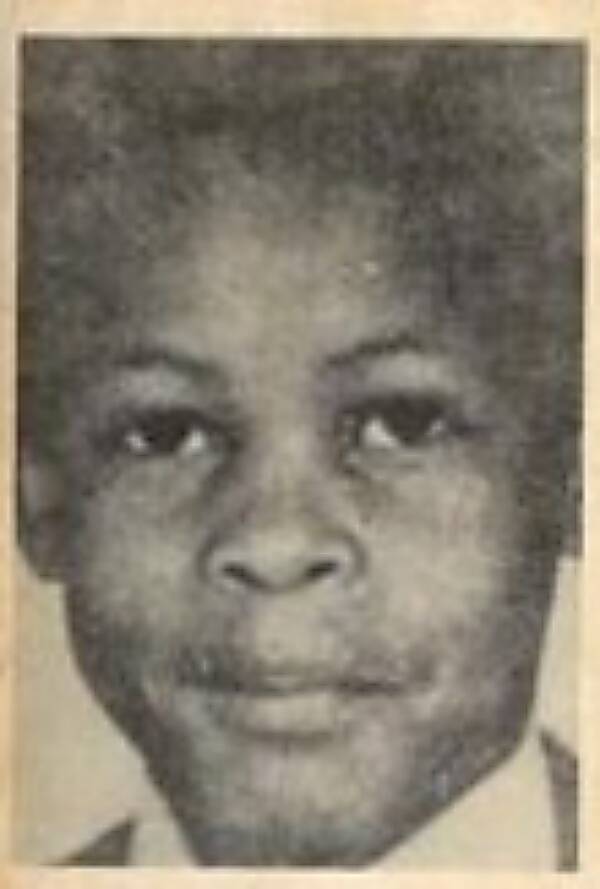 The young boy’s body was found almost three weeks later in an abandoned school near the Atlanta-Fulton County Stadium. His clothing had strangely been washed and he had died from strangulation. A police investigation didn’t turn up any leads and whatever public interest there was in Yusuf’s death soon faded.

Camille Bell, grief-stricken and desperately searching for answers to her son’s death, was outraged. She reached out to other mothers in the city whose young children had also been killed, convinced the murders were somehow connected.

“We got together in a sort of support group,” she told People magazine, “and the more we talked we found that none of us had been able to get the police to keep in touch with us. They wouldn’t call us back; nothing was being done.” 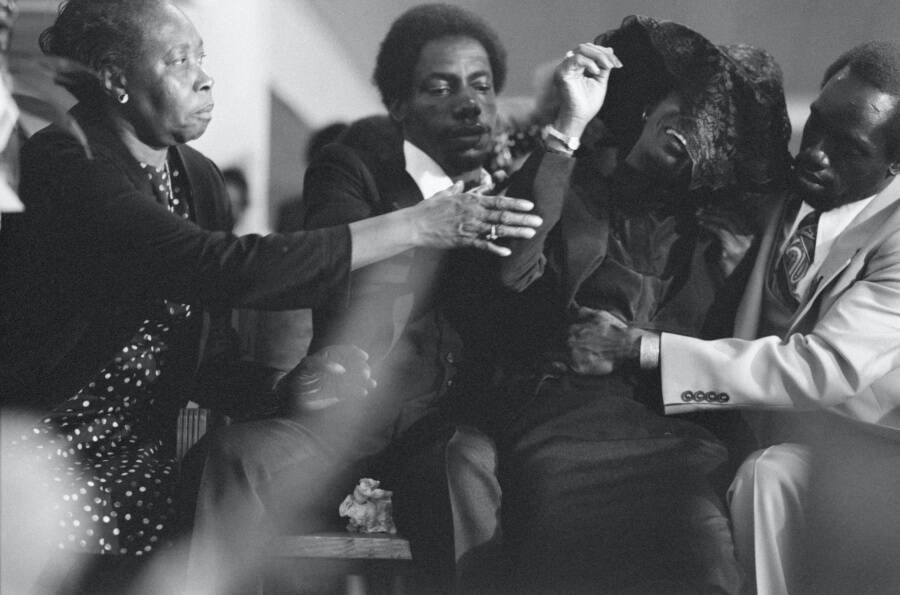 Frustrated by the police’s inaction, she called on Public Safety Commissioner Lee Brown to move the investigation into high gear.

That’s when Camille Bell took matters into her own hands. 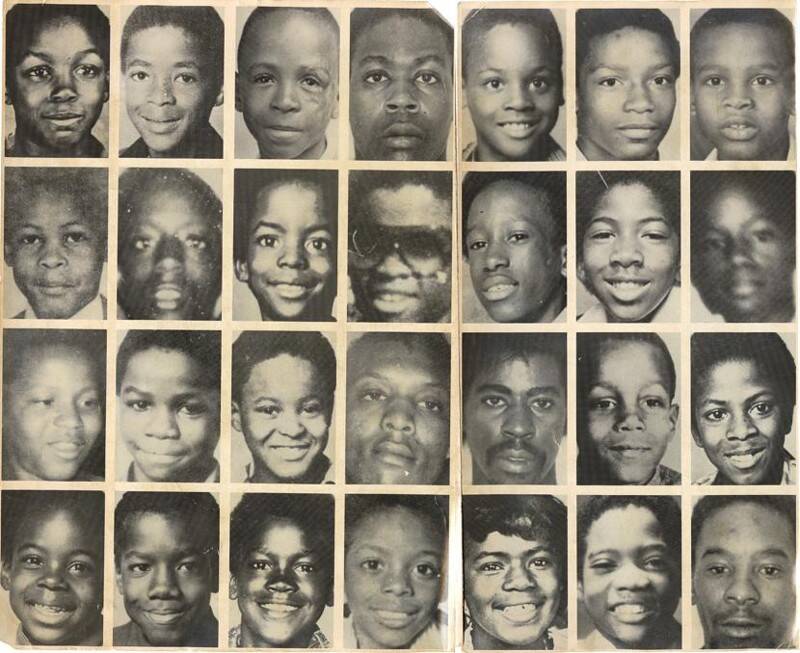 In August 1980, Camille Bell and seven other mothers formed the Committee to Stop Children’s Murders with Bell as its chair. The committee was formed to garner public attention toward the increasing number of kids who had gone missing or had been murdered. It was also a way to pressure the Atlanta Police to investigate whether the string of murders were related.

The children and young adults who were kidnapped and murdered shared notable similarities: they were young, smart, and black. There were some discrepancies between the victims, too; they ranged in age between seven to 28 years old — though most of them were young children — and they died of different causes, from strangulation to gunshot wounds. 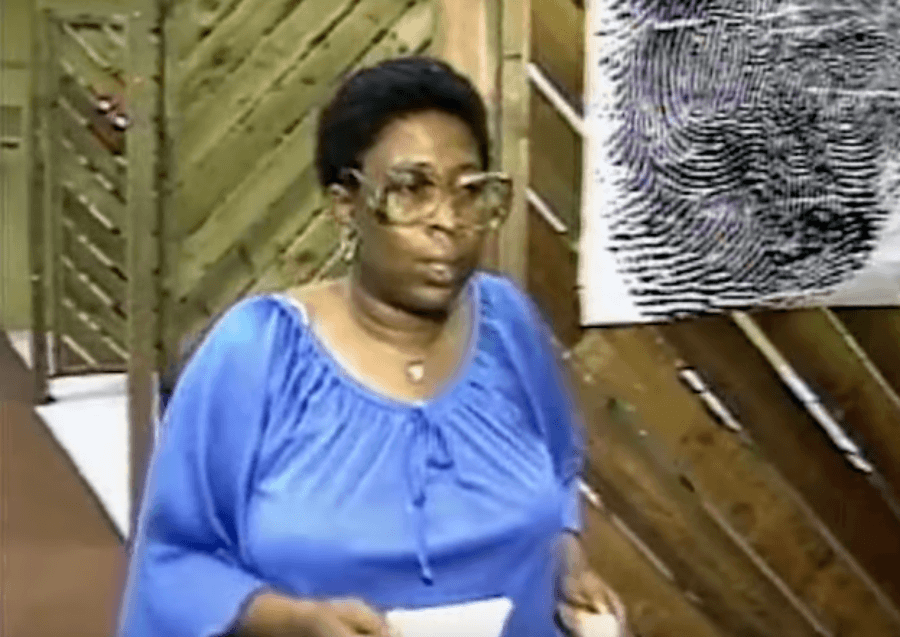 Justice TVCamille Bell and the committee she spearheaded have been credited for pushing the stalled Atlanta Child Murders investigation forward.

Camille Bell and the other mothers of the committee galvanized neighbors and residents of Atlanta, reaching out to local organizers and leaders about the cases.

The committee successfully recruited Dr. Joseph E. Lowery, president of the Southern Christian Leadership Conference, who was instrumental in pushing more participation into the investigation from the community.

“Someone is killing our future and someone out there knows who it is,” the minister said during a public appearance. “This is a serious problem and we have to work together to solve it.” According to Camille Bell, the murder of tourist Clifford Jones, which made national news, also pushed the city’s administration into action.

The investigation into the Atlanta Child Murders was portrayed in the second season of Netflix series ‘Mindhunter.’

A citywide sweep involving more than 450 black and white volunteers scanning Atlanta’s lots and forest areas was organized while more than 400 police officers and firefighters went door-to-door asking residents about suspicious activities in the neighborhoods.

Three months since the formation of the Committee to Stop Children’s Murders, the city’s investment into the investigation grew exponentially. The task force was expanded from five to 24 officers and the reward money for tips that led to an arrest went up to $100,000. Soon, the FBI got involved.

Despite ramped up efforts, by the end of 1980, the number of victims had jumped from four to 14. By the end of the case, 29 black youths and young adults were kidnapped and killed.

Camille Bell’s Contribution To The Case 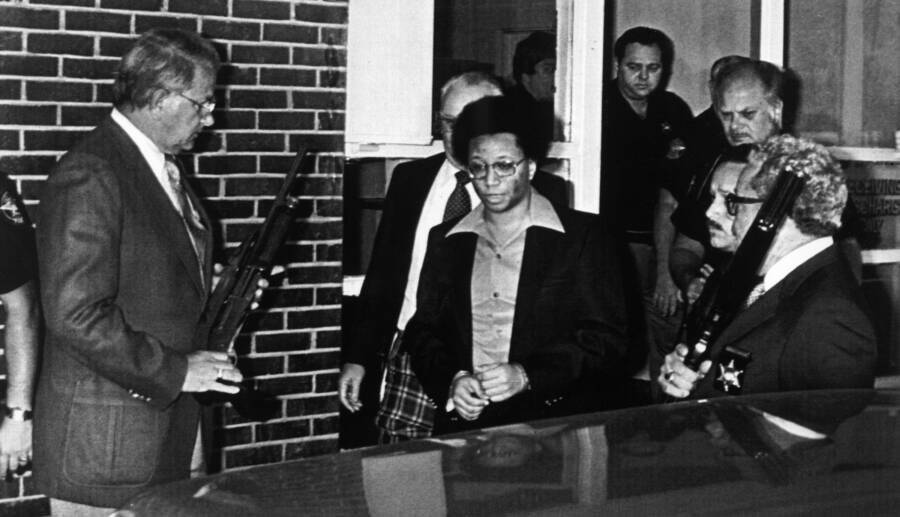 Police arrested Wayne Williams for the Atlanta Child Murders on June 21, 1981 — a year after Camille Bell organized with the rest of the mothers of the slain children.

Police had staked out 14 bridges along the Chattahoochee River where some of the bodies had been recovered. Williams was arrested after the body of 27-year-old Nathaniel Cater washed up downstream following a run-in between Williams and police by the river. He was convicted and sentenced to two life sentences for the murders of Nathaniel Carter, 27, and Jimmy Ray Payne, 21.

Wayne Williams was dubbed the ‘Atlanta Monster’ after his arrest.

“The families of the victims are the ones saying they don’t think he did it. They don’t feel like their child was ever actually given justice,” filmmaker Donald Albright, who examined more than 1,000 hours of interviews for his podcast about the case, Atlanta Monster, said.

The families of the Atlanta Child Murders were left without closure, including Camille Bell. Nevertheless, Bell’s determination to not let her son die in vain led to the formation of a public-powered committee that forced authorities to prioritize the deaths of these black youths. 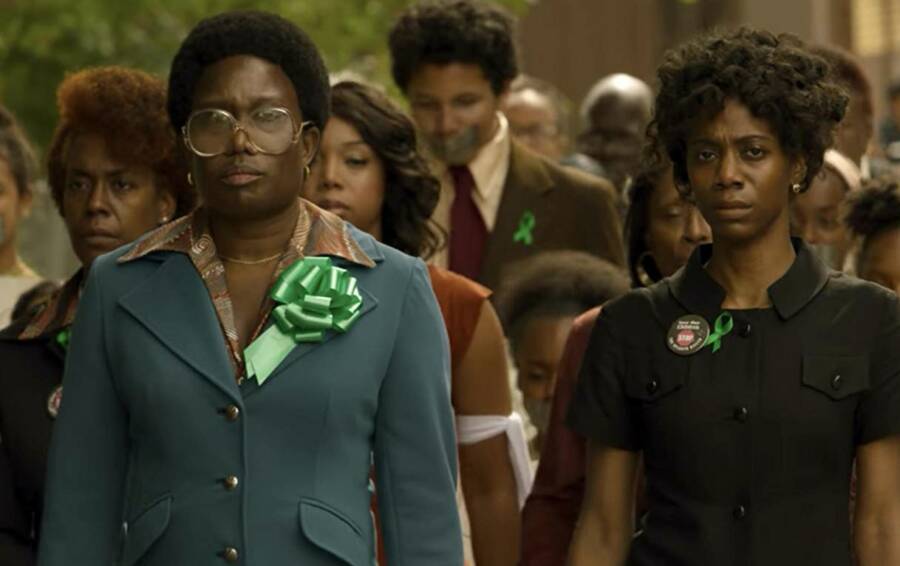 “I’m working to the day that I can go to the cemetery and see Yusuf’s grave and tell him, ‘Hey, I know who killed you and we’re going to handle that,'” she said in an earlier press interview.

After Wayne Williams’ arrest, Camille Bell faded from the public eye. But her story of a mother’s fight to seek justice for her child inspired the second season of Netflix’s crime drama Mindhunter which dramatized the real case. In the series, Bell is portrayed by actress June Carryl.

The Atlanta Child Murders case has since been reopened in March 2019. Hopefully, advances in forensic technology will help put the case to rest once and for all.

Now that you’ve learned about the real Camille Bell and her courageous fight to advocate for the slain children of the Atlanta Child Murders, read about the story of the gruesome and still unsolved Wonderland Murders. Next, discover the chilling story of John Wayne Gacy, the real-life ‘Killer Clown.’