The Grisly Tale Of Candy Montgomery, The Suburban Housewife Who Slaughtered Her Best Friend With An Ax

In June 1980, Candace Montgomery struck her best friend Betty Gore with a three-foot ax 41 times after having an affair with Gore’s husband — and got off scot-free.

Suburban housewife Candy Montgomery seemed to have it all: a loving husband, children, and a best friend named Betty Gore in whom she could confide. But the 30-year-old Christian of Collin County, Texas, would grow tired of her routine.

She consequently began an affair with her best friend’s husband — and killed her when she found out about it. 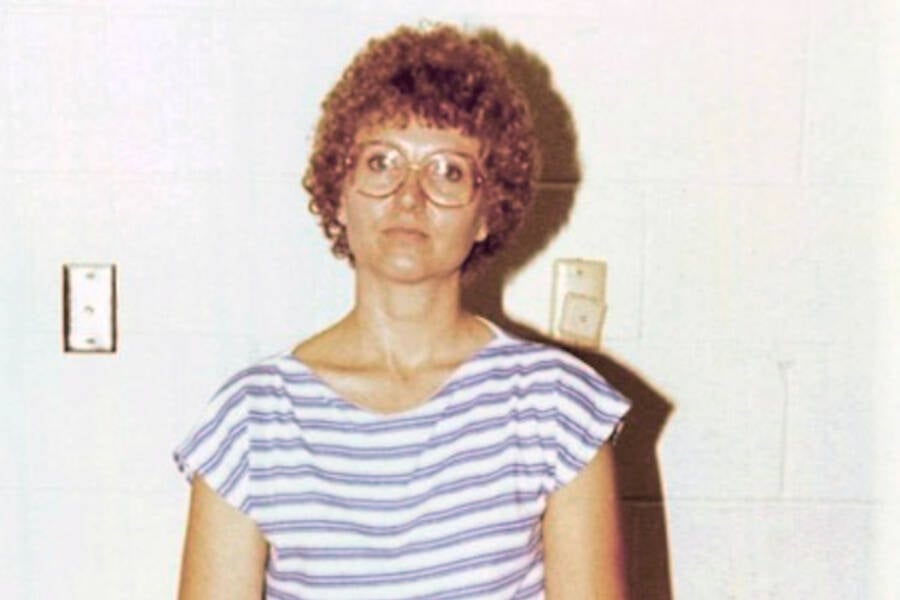 Oxygen/YouTubeCandy Montgomery had an affair with her best friend’s husband before slashing Betty Gore with an ax 41 times.

It was Friday the 13th of June 1980 when local cops entered the Gore home to find it drenched in blood. The 30-year-old mother of two had been slashed to bits with 41 swings of an axe, 28 of which had mutilated her head and face. As the last person to be seen with Betty Gore, Montgomery was charged with her murder.

As dramatized in Hulu’s Candy series, her trial became one of the most controversial cases in local history. Pleading not guilty on the basis of self-defense, Candy Montgomery was acquitted of all charges the day before Halloween.

Perhaps most shocking of all, she simply started a new life — as a family counselor.

Candace “Candy” Wheeler was born in 1951 in Lucas, Texas. She was raised as an Army brat and spent the majority of her youth moving from one military town to the next. She ultimately started her own life when she met Pat Montgomery as an adult. 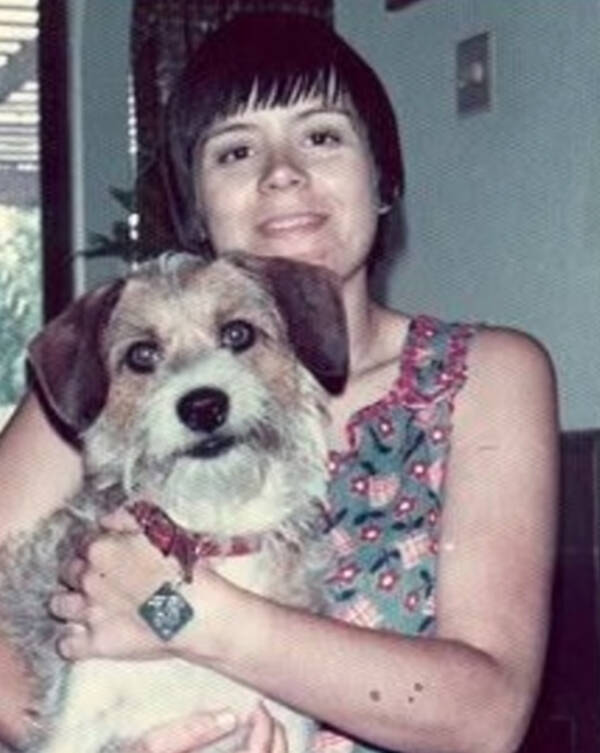 Police HandoutBetty Gore was murdered by Candy Montgomery as her newborn baby lay in its crib.

The electrical engineer at Texas Instruments wasted no time in marrying her. They subsequently bought a beautiful home in the town of Wylie. Montgomery had a daughter named Jenny in 1973 and a son named Ian in October 1974.

She then joined the First United Methodist Church of Lucas, where she met Betty Gore.

Gore had met her husband Allan as a teaching assistant in college. They were married in 1970 and had a daughter, Alisa, before moving to Collin County. Her husband worked at Rockwell International and was an engineer just like Pat Montgomery. Young Jenny and Alisa, meanwhile, became inseparable.

Then, Allan ran into Candy Montgomery on the church volleyball court in the summer of 1978. 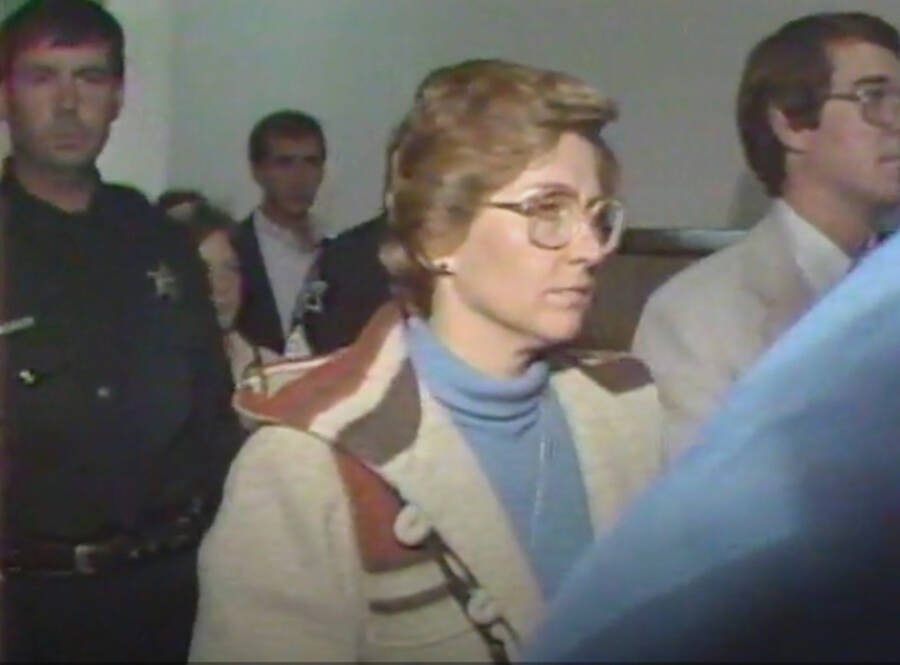 KXAS-TVCandy Montgomery was tried and acquitted of murdering her best friend with an axe.

After weeks of flirting, they agreed to have an affair — despite Betty Gore having just gotten pregnant for the second time.

They regularly met at the Como Motel in Richardson until Allan abruptly ended the affair after the birth of his daughter Bethany in July 1979 — leaving Montgomery distraught.

The Murder Of Betty Gore

On June 13, 1980, Allan was away on a business trip in Minnesota and his daughter Alisa was at the Montgomery house to give his wife time alone with their newborn.

When Montgomery dropped by to pick up a swimsuit for Alisa that day, however, all hell allegedly broke loose. According to journalists Jim Atkinson and Jim Bloom, Betty Gore confronted Montgomery.

“Candy,” She said, “are you having an affair with Allan?” 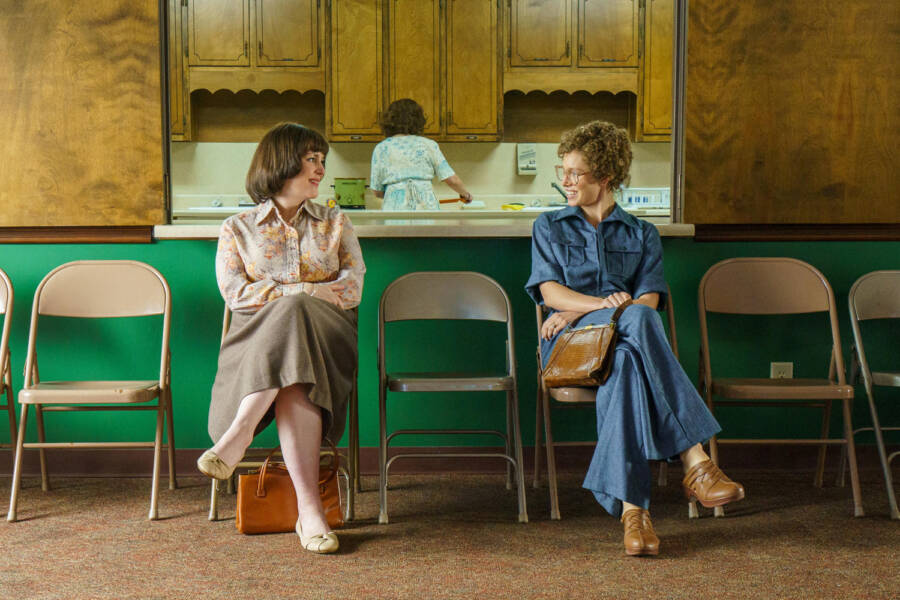 Montgomery later claimed that Gore attacked her with the ax first and only then used it in self-defense. Regardless, she hit Gore 41 times — primarily in the face. Her torso, arms, and legs were equally mutilated. Montgomery then returned home as if nothing had happened, leaving Gore’s newborn asleep in the crib upstairs.

Allan Gore, meanwhile, started getting worried when he couldn’t reach his wife. He called his neighbor Richard Parker to check in on her, which he did with fellow locals Jerry McMahan and Lester Gayler. He also called Montgomery, who claimed she had seen Gore earlier but that everything was surely alright.

Gayler recalled finding “thick, congealed reddish-brown oceans of blood glistening on the tile” leading to Gore’s body in the utility room. At 11:30 p.m., Allan called Montgomery again to inform her that Gore was dead.

Candy Montgomery agreed to keep watching Alisa before breaking down in her husband’s arms.

The Sensational Trial Of Candy Montgomery

When police arrived at the scene, they noted a bloody shoe print. There was also blood on the bathroom wall and drain which suggested the killer had washed themselves before fleeing. For Collin County investigator Steven Deffibaugh, the print saw them primarily consider female or underage suspects.

While police didn’t know it yet, Montgomery used garden shears to cut up her sandals when this was reported in the news. As the last person to be seen with Gore, Montgomery was questioned. She claimed to have gone to the house in the early morning for Alisa’s swimsuit and then left to teach Bible class.

A five-year-old friend of Alisa’s, however, had come by to play with her and saw Montgomery leave the house at 11 a.m. By June 17, Allan Gore informed police of his affair with Montgomery, and with Montgomery refusing to take a polygraph, she was arrested on June 27 and charged with murder.

Jailers noted cuts on her toe and bruises on her head as she changed into her prison uniform. Montgomery’s trial at the Collin County courthouse began in October and lasted eight days. Defense attorney Dan Crowder argued that Montgomery killed Gore in self-defense as Gore hit her with the axe after learning of the affair.

Houston psychiatrist Dr. Fred Fason, meanwhile, claimed Montgomery had blacked out during the murder and was triggered by childhood trauma. He had put Montgomery under hypnosis before the trial, and led her to recollect her mother shushing her as a child — which she remembered doing to Gore as she died.

The jury of nine women and three men deliberated for three hours before ultimately acquitting her of murder on Oct. 30, 1989.

The Montgomerys moved far away three months later, only for them to divorce. Today, Candy Montgomery is allegedly living as a free woman in Georgia and is a certified therapist and family counselor.

After learning about Candy Montgomery, read about Dean Corll, the “Candy Man” killer who terrorized Texas. Then, learn about Clara Harris, who murdered her husband for being unfaithful.