The study shows how resourceful ants can be — even in unusual situations. This colony's survival suggests an efficiency that's both remarkable and deeply unsettling. 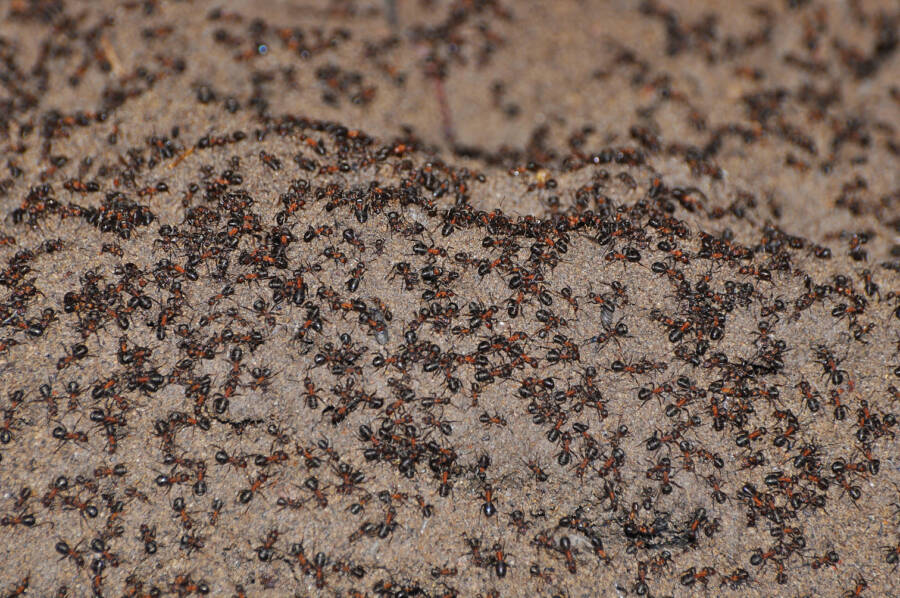 Wojciech Czechowski/Journal of Hymenoptera ResearchA population estimate found that the colony included up to 1 million ants.

When Polish scientists were surveying bats living in an abandoned Soviet nuclear bunker in western Poland in 2013, they had no idea what they were about to discover. Namely, up to 1 million cannibal ants trapped inside. According to Newsweek, this bastion of insects has now finally escaped.

Published in the Journal of Hymenoptera Research, a study on the ants was led by Wojciech Czechowski and colleagues from the Museum and Institute of Zoology and the Polish Academy of Sciences. The research showcases just how impressive — and unnerving — these cannibal ants are.

When the team first discovered them, the ants had stopped reproducing and had no food source other than their dead nest mates. They also had no way of accessing the outside world. From the looks of it, it appeared they had fallen into the bunker from a nest above a ventilation pipe.

When Czechowski and his team returned two years later, the assumption was that this colony had either shrunken in size or died off. However, it had not only survived, but drastically expanded. With no heat, light, or food source for these ants, researchers knew this was a fascinating find. 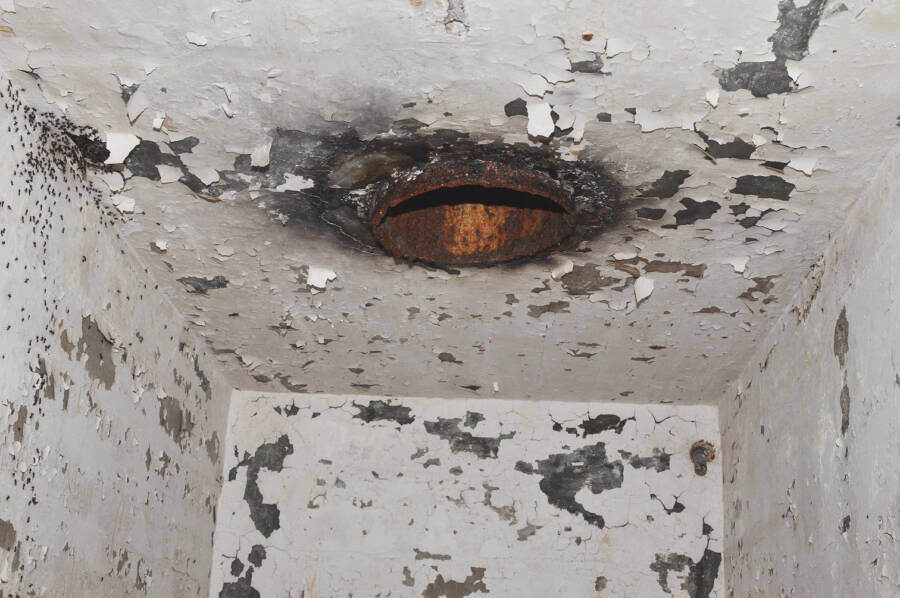 Wojciech Czechowski/Journal of Hymenoptera ResearchThe research team concluded that the ants became entombed once they fell from a nest above the bunker.

To contextualize how savvy ants are, it’s important to note that they can set up shop almost anywhere. Colonies have been found in the chassis of cars and inside wooden boxes with tiny openings.

However, they always try to make sure that leaving a nest is physically possible. As it turns out, fate simply didn’t afford this particular colony an escape route.

“The masses of Formica polyctena workers trapped in the bunker had no choice,” the team wrote. “They were merely surviving and continuing their social tasks on the conditions set by the extreme environment.”

This unusual situation provided researchers the opportunity to analyze two distinct traits of these ants: survival strategies and adaptations to changes in their environment that could allow them to escape.

The team first installed a boardwalk that led to another ventilation pipe, which allowed the ants to leave the bunker. The researchers waited an entire year to return and observe the consequences. 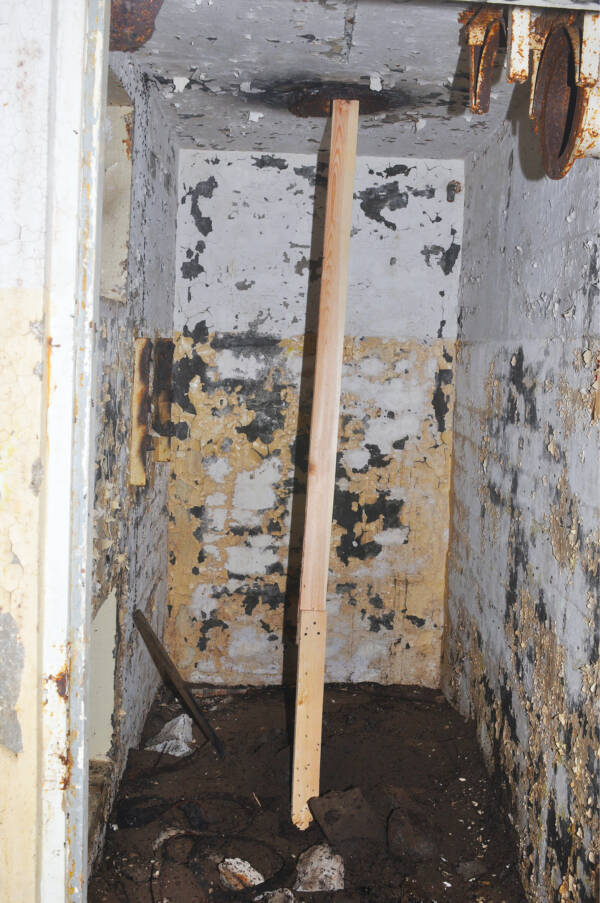 Wojciech Czechowski/Journal of Hymenoptera ResearchThis piece of wood served as a proverbial boardwalk for the colony, which many of the ants used to escape.

When Czechowski and his colleagues returned in 2017, they found the colony had vanished almost entirely from their entombed, desolate home. Only the corpses, riddled with bite marks and holes, were left behind. These wounds were mainly located in their abdomens.

The team said this was clear evidence that the ants survived by eating their dead nest mates. They argued that this showcased the extreme measures these ants will go to in order to stay organized and alive, “even under conditions going far beyond the limits of the survival of the species.”

According to Popular Mechanics, this type of cannibalism is less surprising than it may seem. Ants share resources more effectively than many other beings, and have “communal stomachs.” Scientists have found that they consider the contents of each other’s stomachs to be common property.

As for their disappearance, the insects took advantage of the newly-fitted escape route and returned to their original nest. Even when they continued to fall down the original ventilation pipe, they simply traced their way back to the outside world, leaving the bunker “deserted.” 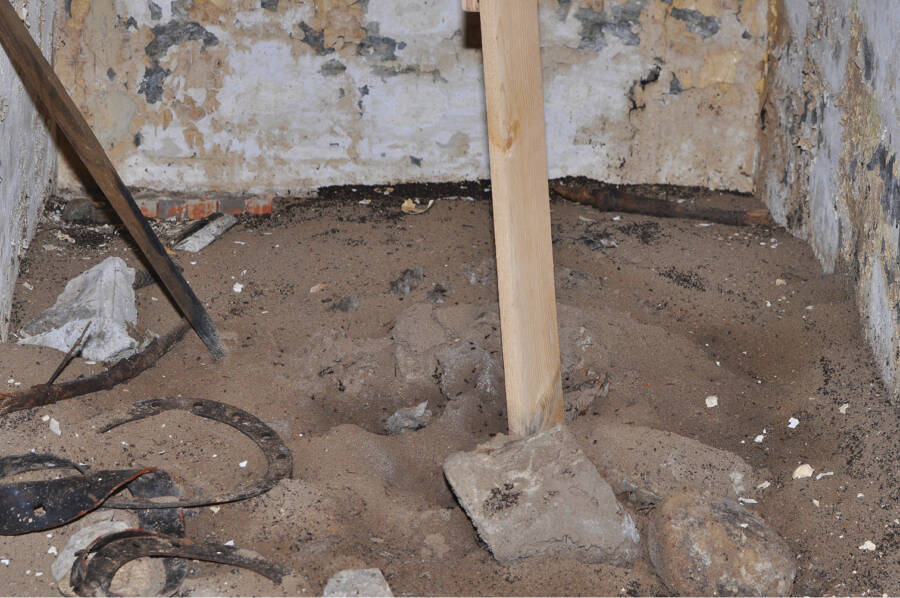 Wojciech Czechowski/Journal of Hymenoptera ResearchEven those who fell into the bunker upon desertion simply returned to the escape route and rejoined the outside.

“The survival and growth of the bunker ‘colony’ through the years without producing own offspring, was possible owing to continuous supply of new workers from the upper nest and accumulation of nest mate corpses,” the team said.

“The corpses served as an inexhaustible source of food, which substantially allowed survival of the ants trapped down in otherwise extremely unfavorable conditions.”

Perhaps more importantly, the study “adds a dimension to the great adaptive ability of ants to marginal habitats and suboptimal conditions, as the key to understanding their unquestionable eco-evolutionary success.”

After learning about the colony of 1 million Soviet cannibal ants, read about the T. rex ants that were recently discovered alive for the first time. Then read about the ants that resemble dragons on Game of Thrones.