The man had multiple sinus infections and nosebleeds before a CT scan finally revealed the forgotten bag of weed. 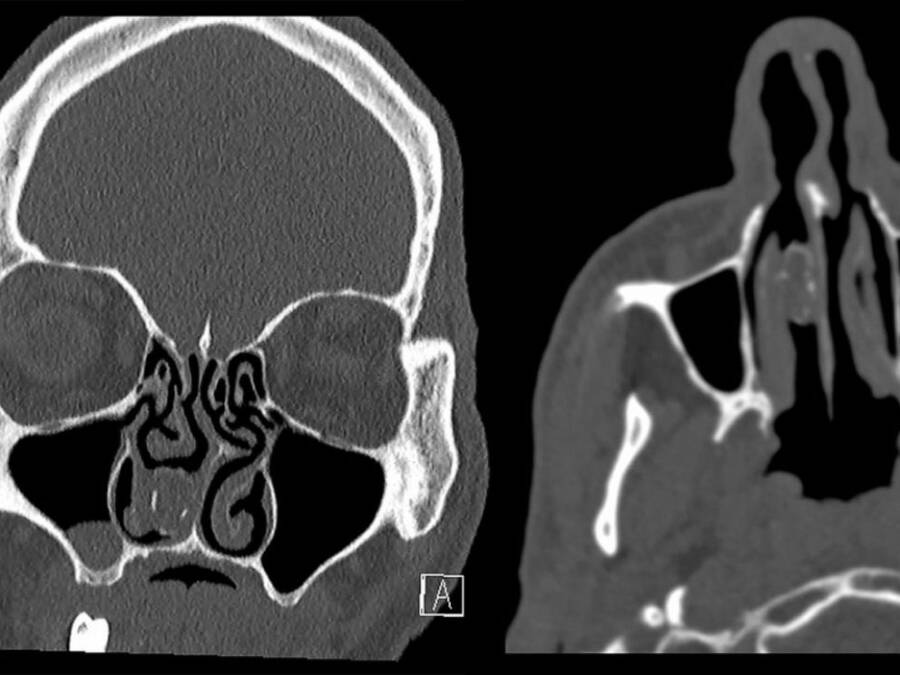 BMJ Case ReportsThe man had forgotten about a bag of pot he tried to smuggle into prison almost two decades ago.

A man who shoved a bag of pot up his nose while he was in prison finally got the illicit stash removed — 18 years later.

According to The Sydney Morning Herald, the man was 30 years old and a prison inmate when he first received the bag of marijuana from his visiting girlfriend. Upon receiving the weed — wrapped in a rubber balloon — he immediately shoved it up his right nostril.

The point, of course, was to evade detection of the contraband by prison guards. Unfortunately, though, the pot-filled bag accidentally got lodged way further into his nostril than he intended.

It got stuck so deep inside his nasal passage that the man actually thought he had swallowed it, when in fact he had not. Instead, the pot package lingered and eventually calcified inside his nose. Nearly two decades later, a team of doctors in Sydney, Australia were finally able to take it out.

Doctors who removed the marijuana-filled lesion chronicled the man’s bizarre procedure in the journal BMJ Case Reports under the aptly titled paper, “A Nose Out Of Joint.” 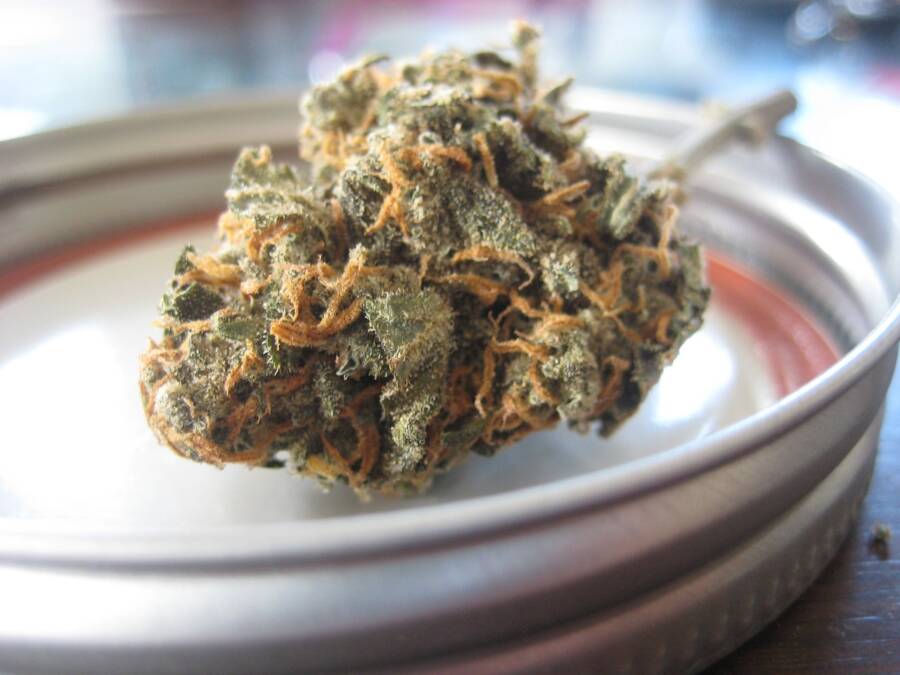 PixabayThe rhinolith that formed inside the man’s nose measured about 11 to 19 millimeters in diameter.

The calcified lesion that formed around the foreign object is called a rhinolith, also known as a “nose stone.” The rare phenomenon usually occurs in curious kids when they accidentally stick foreign objects up their noses, like beads or stickers.

In most cases involving patients with a rhinolith, the firm calcification inside their nose often goes unnoticed for years due to the fact that the condition is typically asymptomatic.

However, when people do show signs of “nasal obstruction,” they usually experience things like headaches, nosebleeds, nasal discharge, and even odor — symptoms the man who had pot stuck inside his nose had shown over the last two decades. He also suffered from multiple sinus infections.

It is surprising, though, that the man seems to have forgotten his balloon baggie, and had not made the connection with his sinus issues. It was only after a CT scan revealed “rubber capsule containing degenerate vegetable/plant matter” inside his nose that his memory came back. The man then confessed to doctors about his pot-smuggling escapade.

The procedure to remove the rhinolith, which had built up to 11 to 19 millimeters in diameter, was pretty straightforward. The medical team used a fiber-optic camera and a flexible hose to carefully enter his nasal passage and retrieve the decades-old bag of pot. The man was completely free of his symptoms within three months.

The doctors noted there had been only one other reported case so far related to a rhinolith formed around illicit drugs, when a 21-year-old patient lodged codeine and opium wrapped in nylon into his left nostril. 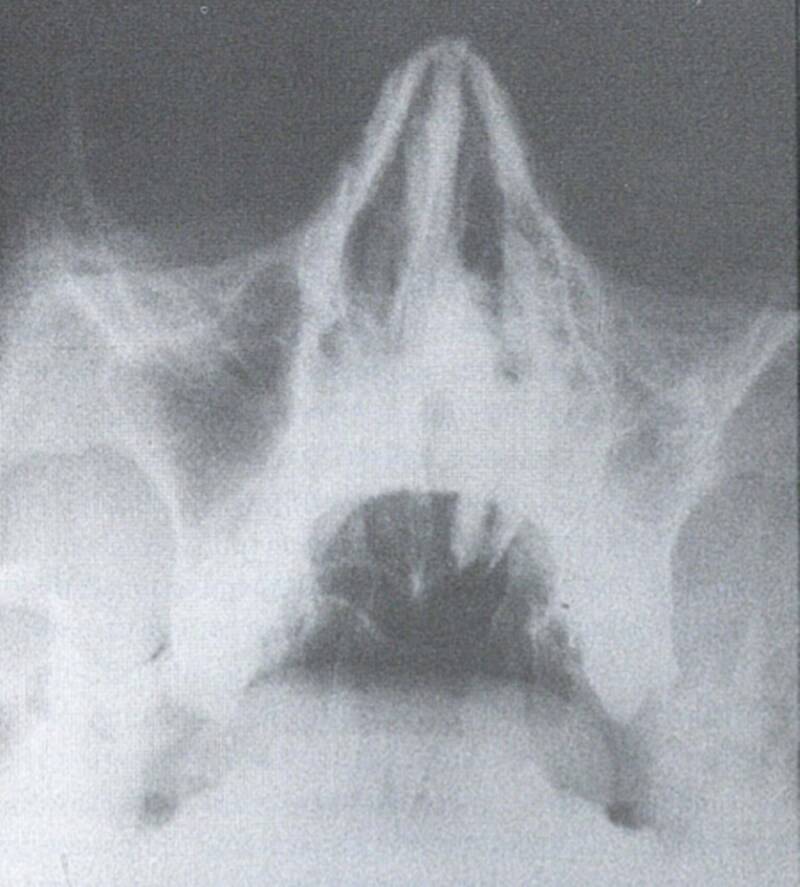 SAGE JournalsAn X-ray of a 21-year-old who also had illicit drugs stuck inside his nose for years.

According to the earlier case study, which was published in 2007, similar to the pot smuggler, the young man had left the package of illicit drugs up his nose for years. This caused him to experience sinus issues, such as a thick nasal discharge.

The patient had also become a mouth breather and displayed hyper-nasal speech, which occurs when there is air and acoustic energy escaping into the nasal cavity during speech, likely due to blockage.

“The patient had earlier denied drug addiction and drug smuggling,” the study’s authors wrote. “It is possible that he had hidden the drugs and forgotten that they were there.” After the patient was put under anesthesia, the opium-filled rhinolith was promptly removed in several pieces.

However unbelievable they might be, stories of people sticking foreign items into the holes of their bodies is unfortunately a human practice as old as time. It looks like this won’t be the last time we hear about weird things getting stuck inside people’s bodies.

Now that you’ve learned how a man got a bag of pot stuck inside his nose, read about the man who inserted three-inch tweezers into his urethra — and left them there for years. Then, meet the woman who thought she had a runny nose — but the fluid turned out to be from her brain.