Carl Andre, The Celebrated Sculptor Whose Wife Mysteriously ‘Fell’ To Her Death

Carl Andre's work has been featured all over the world — but he's remained controversial ever since his wife Ana Mendieta fell 34 stories to her death in 1985. 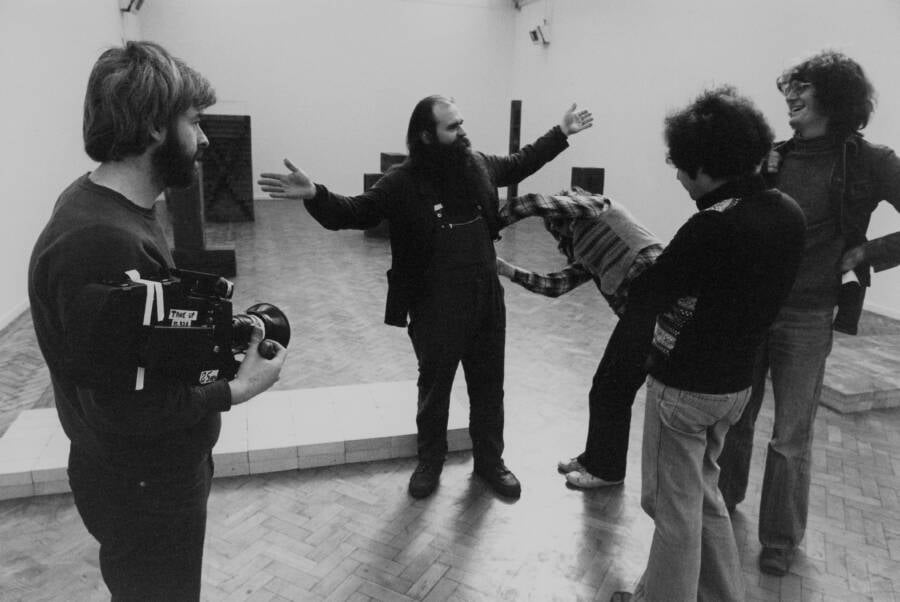 Jeff Baynes/Chris Morphet/Getty ImagesArtist Carl Andre with his artwork “Equivalent VIII” at the Whitechapel Gallery in London. Andre would later be charged with the murder of his wife, but acquitted.

On Sept. 8, 1985, a 911 call came in to New York City police. On the other end of the phone, internationally famous sculptor Carl Andre was struggling to tell the dispatcher that his wife, Ana Mendieta, had fallen to her death from their 34th-floor apartment window.

Though he denied any wrongdoing, suspicion quickly fell on him, though a judge eventually took Andre’s word for it. After being acquitted of all charges three years later, Carl Andre continued to make a name for himself as a well-regarded artist, though he remains controversial to this day.

How Carl Andre And Ana Mendieta Ended Up Together, Despite Very Different Backgrounds

Carl Andre was born on September 16, 1935, in Quincy, Massachusetts. He had a typical, quiet upbringing through his primary and secondary school years before attending Phillips Academy, where he met the earliest influences on his artistic perspective.

In 1956, after a stint in the Army, he moved to New York City to hone his craft as a sculptor. Over the years, Andre worked with a number of mediums, but became well known in the art world for his minimalist approach.

In 1979, Andre met Ana Mendieta through a friend at an art gallery in New York City. Mendieta was born in Havana, Cuba in 1948 to a wealthy family. She and her sister were sent to Iowa under the U.S. government program Operation Peter Pan, which helped Cuban children flee Fidel Castro’s rule.

In middle school, she found her passion for art, and was heavily influenced by the avant-garde art community during her college years. She felt the discrimination against her in Iowa and moved to New York City to pursue a career in art.

Unlike Andre’s minimalist approach, Mendieta’s was bold, often autobiographical, and drew on themes like feminism, identity, and finding a place to belong. It could also often be intensely visceral, using violent imagery. Mendieta once said, “Through my earth/body sculptures, I become one with the earth … I become an extension of nature and nature becomes an extension of my body.”

Where Andre was loud, outspoken, and often the center of attention, Mendieta did not prefer the spotlight. Their stark differences would become a point of contention between the pair as their relationship continued.

A Volatile Relationship Ends In A Violent Death 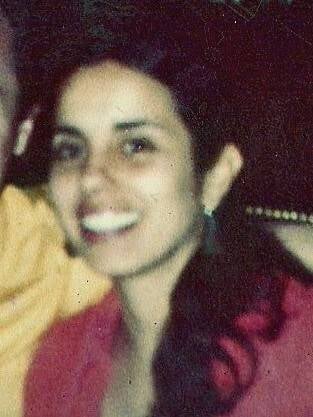 Ana Mendieta often aired her grievances about Andre to her friends and family, and over time they began to worry more about her. She moved in with Andre, high up on the 34th floor of his apartment building even though she was afraid of heights. She began drinking more heavily, and they argued constantly.

Though their art was very different, they shared the same passion and often got in heated discussions about the trajectory of their careers. After one particularly bad argument, Mendieta called a friend, announcing that she wanted to divorce her husband.

On Sept. 8, 1985, a heated argument took shape near a window of apartment 34-E. Andre and Mendieta argued so loudly that neighbors later told police they could hear the couple clearly through the walls. The fight escalated more than they had in the past.

Ana Mendieta fell 34 stories to her death in the early morning hours after the fight, as reported by the Village Voice. A witness, whose credibility was later called into question, told investigators he heard Mendieta yell, “No, no, no,” just before she fell.

Moments after she landed on the ground below, Carl Andre called 911. When asked what happened, Andre told the operator:

“What happened was we had … my wife is an artist and I am an artist and we had a quarrel about the fact that I was more, eh, exposed to the public than she was and she went to the bedroom and I went after her and she went out of the window.”

On the scene, police asked Andre to recount the events of the night, and he told police that after watching a movie and having wine, Mendieta wanted to go to bed and wanted him to go with her. When he didn’t, he said, “… if that’s what she wanted … then maybe I did kill her then.”

Why Carl Andre Was Acquitted In Ana Mendieta’s Death

The prosecution only had a small bit of evidence to prove their case, including a scratch on his nose and their torn apart bedroom. Andre was also given a bench trial, with no jury present — so it was solely on a judge to decide his case.

Prosecutors used what they had to try and prove that the fall could not have been suicide, as Mendieta was terrified of heights and would not have been able to jump. Their best piece of evidence was that Mendieta was only 4’10” and the bedroom window came nearly to her shoulders and was covered by a radiator, so it seemed impossible for her to fall from the window accidentally.

Witness statement suppression, the nonjury trial, and a lack of evidence led the judge to acquit Carl Andre of second-degree murder on Feb. 11, 1988. The trial only made the events of the last night of Mendieta’s life harder to understand. 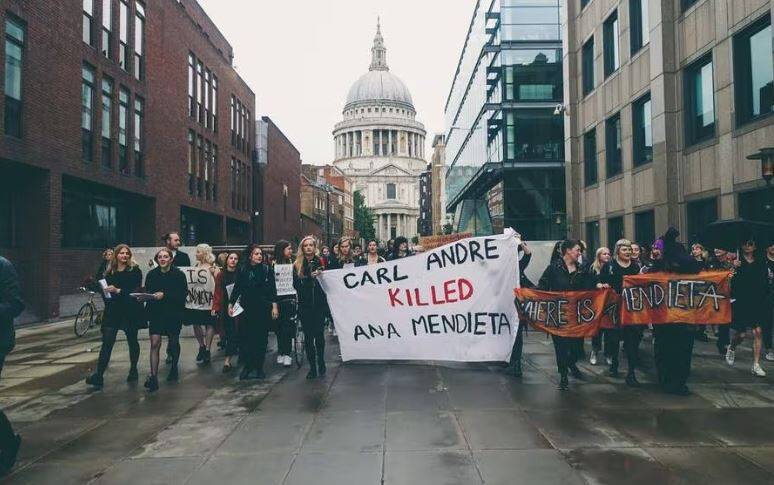 Following Carl Andre’s trial, the art community was divided over the relationship between Carl Andre and Ana Mendieta. Some believed she died by suicide. Some believed he pushed her. Others were sure it was all just a stunt to ruin his career.

Meanwhile, as recently as 2014, protestors have descended on exhibitions of Andre’s work at places like the Tate Modern in London and the Museum of Contemporary Art in Los Angeles.

They’ve held up signs that read, “Where is Ana Mendieta” and “Ana Mendieta was murdered.”

Andre’s supporters swept the event under the rug and continue to praise him and his work. Meanwhile, many in the art community have uplifted Mendieta’s work, increasing her popularity in ways it did not have during her lifetime, and the prolific artist continues to be remembered for her art long after her death.

After reading about Carl Andre and Ana Mendieta’s death, read about Garry Hoy, the lawyer who fell to his death from a skyscraper window trying to prove it was unbreakable. Then, see these 34 Splendid Photos Of Salvador Dali Being Salvador Dali.