In 2002, Brian David Mitchell abducted Elizabeth Smart in Salt Lake City because he believed he was a "prophet" who needed seven virgin wives to fulfill his mission.

On an otherwise ordinary night in June 2002, a bedraggled man crept into the Smart family home in Salt Lake City, Utah. His name was Brian David Mitchell, and he was allegedly consumed with the conviction that he was a Mormon prophet who needed to collect seven child brides. 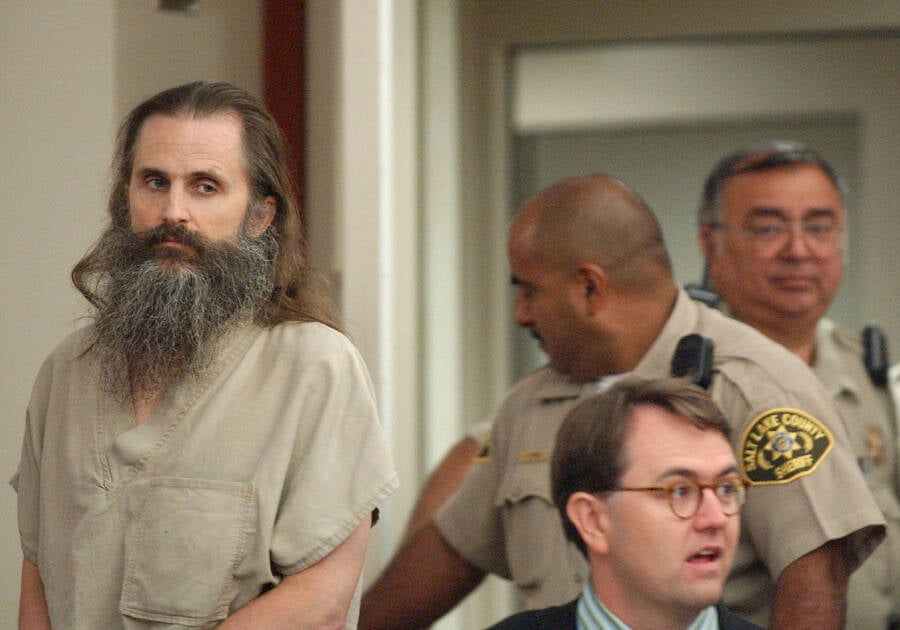 Laura Seitz-Pool/Getty ImagesBrian David Mitchell was found guilty of kidnapping and sexually assaulting Elizabeth Smart in 2010 and sentenced to life in prison.

That night, Mitchell kidnapped 14-year-old Elizabeth Smart at knifepoint to become his first “wife.” For nine months, he and his actual wife, Wanda Barzee, kept the teenager captive, raping her, plying her with alcohol and drugs, and forcing her to watch pornography.

But while Smart became an activist following her rescue and publicly shared what happened to her to help other sexual assault victims, Brian David Mitchell’s story is less well known.

Who was the man who kidnapped Elizabeth Smart? And how did he come to believe that he was a Mormon prophet who would battle the Antichrist?

Before Brian David Mitchell broke into the Smart home in 2002, he had led a bizarre and violent life. Born on October 18, 1953, in Salt Lake City, Utah, to a Mormon family, Mitchell showed troubling tendencies from the beginning.

According to reports from Deseret News and CNN, he was “cruel and sadistic” to his mother and five siblings, and left home at 16 after a “shoving” incident with his mother. That same year, he was also arrested for exposing himself to an eight-year-old girl and asking her to touch him.

As an adult, Mitchell continued to develop dysfunctional relationships. He had two children with his first wife, Karen, but kidnapped them when the marriage failed in 1977. Mitchell took the children to New Hampshire, where he laid low and joined a Hare Krishna commune.

Though Mitchell’s flight suggested a devotion to his offspring, Mitchell was quick to give the children up. In 1983, he put them in foster care after returning to Utah and marrying his second wife, Debbie.

Indeed, Mitchell’s second marriage exposed his cruel streak. Aware of Debbie’s fear of mice, Mitchell once brought her a mouse in a jar. Another time, he laid out 50 dead mice on a cookie sheet and left them in the oven to scare her. Just a few years after they married, the two divorced in 1985 amid claims that Mitchell had abused Debbie’s children.

Mitchell promptly — and fatefully — married his third wife, Wanda Barzee. But as he began to think of himself as a Mormon “prophet,” Mitchell also continued his pattern of abuse. According to Barzee’s daughter, Louree Gaylor, he started “kissing and holding me the wrong way” when she came to live with them in 1986 at the age of 12.

According to InTouch Weekly, Mitchell also shot the family dog in front of Gaylor and her siblings and tricked her into eating her own pet rabbit.

Meanwhile, Brian David Mitchell had started growing out his hair and beard, wearing religious robes, and calling himself “Immanuel.” In April 2002, he publicly announced that he was destined to be a king with seven wives who would one day help him battle the Antichrist.

Though the Mormon church started the process of excommunicating him, Mitchell was determined to put his plan into action. In fact, he already had an idea of where he would get his first “bride.”

The Kidnapping Of Elizabeth Smart 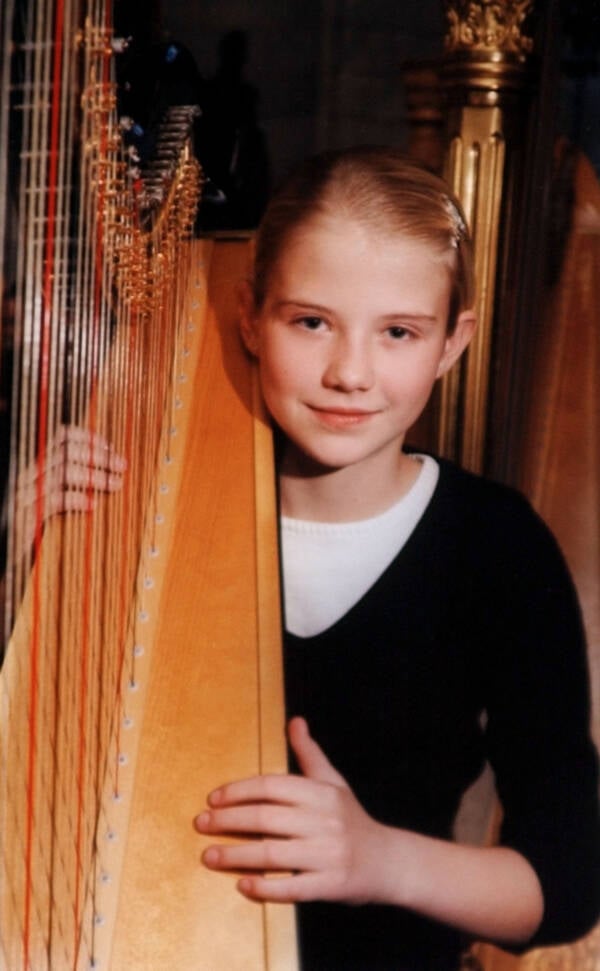 George Frey/Getty ImagesA family photo of Elizabeth Smart, who was abducted by Brian David Mitchell when she was 14.

On June 5, 2002, Brian David Mitchell quietly broke into the Smart family home in Salt Lake City, Utah, and made his way to the bedroom shared by 14-year-old Elizabeth Smart and her younger sister, Mary Katherine.

According to The New Yorker, Mitchell woke up the 14-year-old by putting a knife to her throat.

“Don’t make a sound,” Mitchell told her as nine-year-old Mary Katherine listened, pretending to be asleep. “Get out of bed, or I’ll kill you and your family.”

For Elizabeth, it was the beginning of a nine-month nightmare. Mitchell took her into the mountains, where he renamed her “Shearjashub” and declared that she was his wife. He raped her daily, tied her to a tree, forbade her from speaking about her family, and forced her to take alcohol and drugs.

He also made Elizabeth watch pornography and as he and Wanda Barzee — whom Mitchell called Hephzibah — had sex. Elizabeth later said that she hoped that Barzee would be an ally, but the other woman was “cold,” “hard,” and “anything but a friend.” In fact, Elizabeth thought Mitchell’s wife seemed jealous.

“Wanda would get very upset with him,” Elizabeth remembered. “She’d say, ‘All you do is lust after her.'” 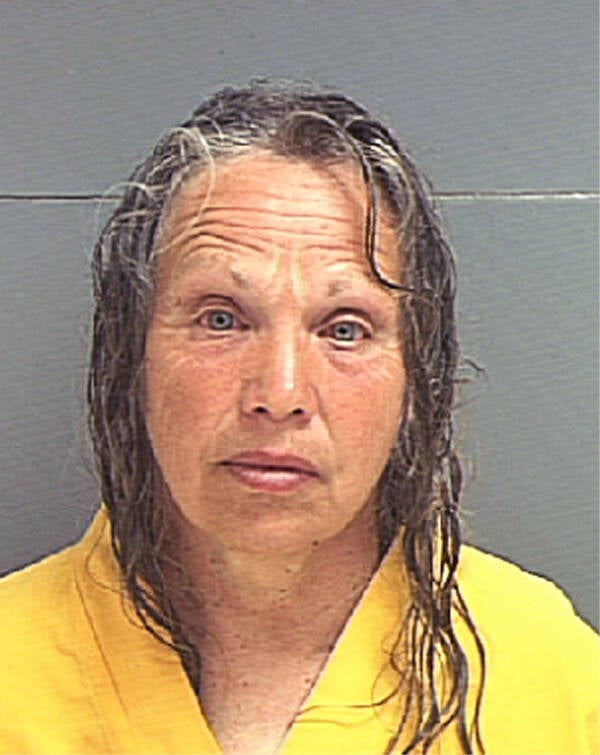 Salt Lake County Sheriff’s Department/Getty ImagesWanda Barzee’s mugshot. She was sentenced to 15 years for her role in Elizabeth Smart’s kidnapping.

But as Mitchell moved his captive from place to place, sometimes even bringing her into Salt Lake City with a veil over her face, Elizabeth’s younger sister had a light-bulb moment. Mary Katherine realized in October 2002 that she recognized the voice of the man who’d broken into their bedroom. She told her parents she thought it was a local beggar named Immanuel, who the Smart family had once hired to do some work on their roof.

Three months later, two people who had seen a photo of Mitchell called the police to say they’d seen him in downtown Salt Lake City. On March 12, 2003, police approached the trio — and rescued Elizabeth.

Where Is Brian David Mitchell Today?

When Brian David Mitchell stood trial seven years later, after a lengthy debate over his competency to do so, he remained defiant. The man who allegedly believed himself to be a king frequently sang hymns and Christmas songs in court, which often led to his expulsion. 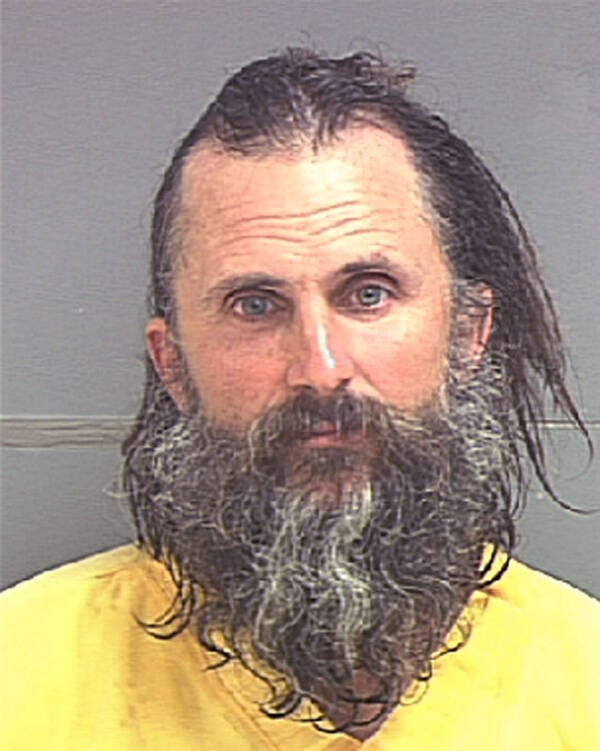 But Mitchell’s victim, Elizabeth Smart, nevertheless told her story. She explained how Mitchell had abducted, “married,” and raped her. He was, she said, “Evil, wicked, manipulative, sneaky, selfish, greedy, not spiritual, not religious, and not close to God.”

“I know that you know what you did was wrong,” Elizabeth told Mitchell at his sentencing after he was found guilty on felony counts of kidnapping and sexual assault. “You took away nine months of my life that can never be returned, but in this life or next, you will have to be held responsible for those actions, and I hope you are ready for when that time comes.”

Brian David Mitchell was sentenced to life in prison, where he remains to this day. Wanda Barzee, who had testified against Mitchell, got 15 years and was released in 2018. And Elizabeth Smart has gone on to have a successful life of her own as an activist, author, and mother.

“May we all remain vigilant in watching over our families, friends, and community from anyone who would seek to hurt or take advantage,” Smart wrote in an Instagram post after Barzee’s release. “I truly believe life is meant to be happy and beautiful, and no matter what happens that will remain my goal for me and for my family.”

Though Wanda Barzee apologized for her role in Elizabeth Smart’s kidnapping during her trial, Brian David Mitchell never did. Now, the man who thought he’d be a Biblical king and battle the Antichrist is in federal prison in Arizona, where he’ll live until the day he finally dies.

After reading about Brian David Mitchell, see how Natascha Kampusch survived eight years in her kidnapper’s cellar or go inside the unsolved disappearance of Brian Shaffer, who mysteriously vanished from an Ohio bar.