Mother Love Bone singer Andrew Wood was beloved among Seattle's alternative rock scene — then died of an overdose at age 24 just before his band's debut album came out. 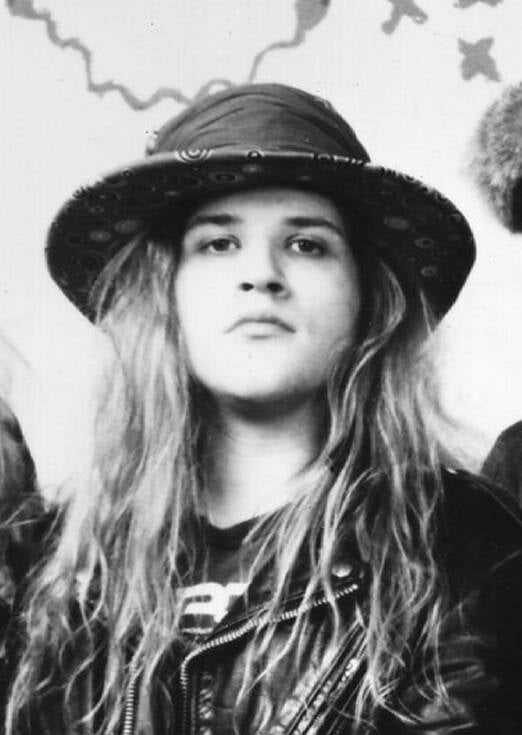 The 1990s grunge scene in Seattle is a little slice of music history that we’re probably all aware of, regardless of age. So many young talents erupted during this time that it’s difficult to keep track of all the artists that made their debut. However, one such young man stands out in the pop-culture sea: Andrew Wood.

Wood is not a household name today, however. Sadly, he died from a heroin overdose on March 19, 1990, at age 24. The tragic event happened just days before the scheduled release of his first album, Apple, recorded with his band Mother Love Bone.

The decade was barely three months old and had already suffered one of its most harrowing losses — one that would impact the rest of the decade. If the ’90s had a pre-show that provided the missing link between glam and grunge, Wood was the headliner.

The untimely loss of Andrew Wood brought on so much grief that his friends had to channel it by penning songs, dedicating albums, and forming whole bands out of Wood’s ashes. And when your friends include talents like Chris Cornell, (Soundgarden), Jerry Cantrell (Alice In Chains), plus Stone Gossard and Jeff Ament (Pearl Jam, Mother Love Bone), the grieving process yielded some of the most memorable music to come out of the grunge era.

Why Andrew Wood Was Born For The Stage 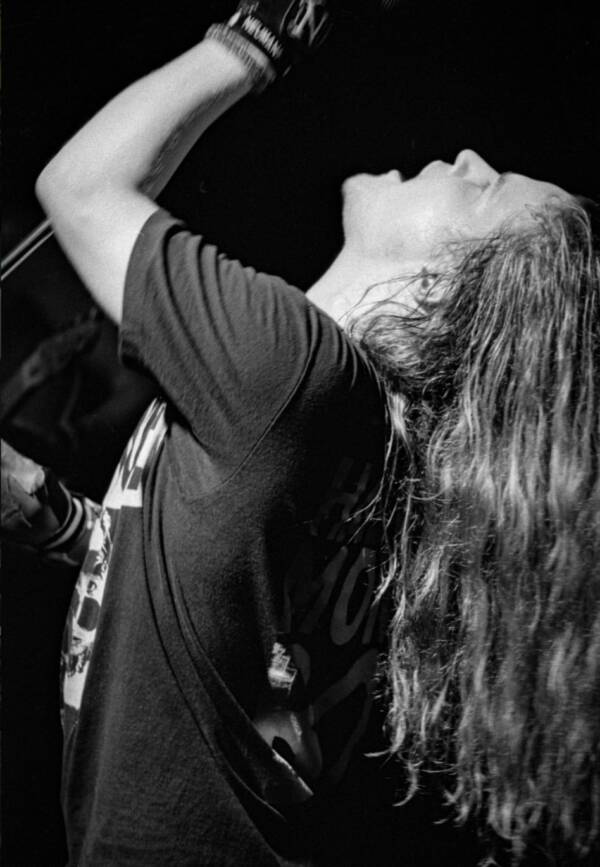 Andrew Wood/FacebookWood during an intense performance.

While it’s true that Andrew Wood’s influence is felt far and wide throughout the music industry, many don’t know much outside of his name — or that of the band Mother Love Bone. But besides being a vocalist, he also played piano, bass, and guitar.

He started his first band in 1980 at age 14 with his older brother Kevin. With the addition of drummer Regan Hagar, they went by the name Malfunkshun, releasing demos and touring around where they grew up in Baimbridge, Washington.

Wood’s muses were 70s glam acts like KISS, Elton John, David Bowie, and Queen. He brought those influences with him as he invented his own brand of post-punk glam rock injected with strangely introspective lyrics and a worldly sensitivity.

He also carried over from his idols the idea of constantly challenging traditional masculinity in the ways of Bowie or Freddie Mercury. The flamboyant performer often appeared on stage in dresses or in clownish makeup. He was not afraid to be himself — whatever he was that day — and he’d do it 100 percent.

Andrew Wood sang every one of his unknown songs like an anthem and gave every tiny club show a performance worthy of Madison Square Garden. He took his craft seriously — but not life. He was fun-loving and always looking to make people smile, according to friends like Chris Cornell.

Producer Chris Hanzsek remembers his friend’s intensity. “Andrew struck me as somebody looking for something rare; he was a real treasure seeker. When we were recording … and setting up for vocals, I noticed he had brought along three pairs of outlandish sunglasses and a few costumes as well. I said to him, ‘We’re only recording vocals, there isn’t an audience here,’ and he shrugged his shoulders and said to me: ‘I need to get into character!’ It was like watching a method actor.” 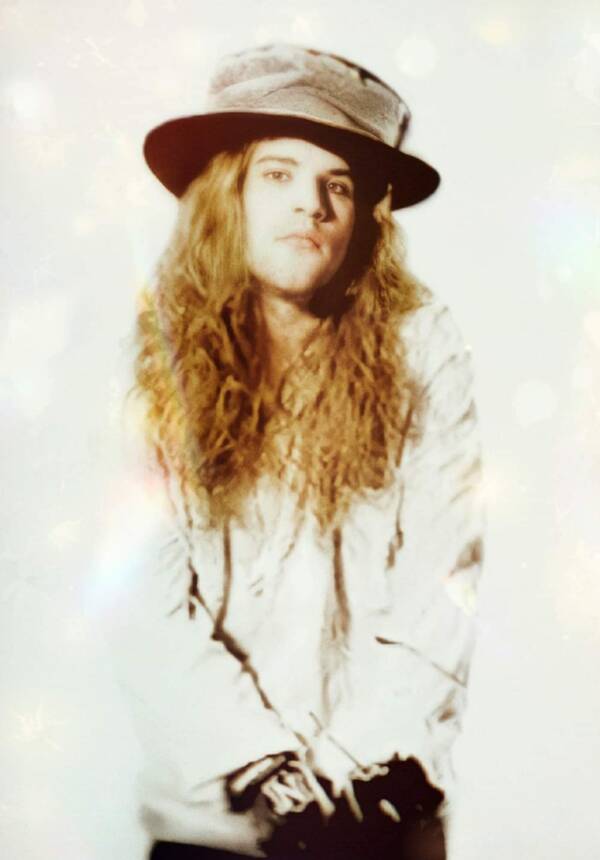 Andrew Wood/FacebookWood sometimes went by the names “L’Andrew the Love Child” and “Man of Golden Words.”

From Malfunkshun To Mother Love Bone

The power trio of Malfunkshun wowed Washington audiences with their energy-filled shows and unique sound. They were also known for their unexpected antics, such as Andrew Wood wandering into the audience with his bass or pausing live shows so he could eat a bowl of cereal.

“They were one of the wildest bands I ever saw and had something really mysterious going on, I’d say it was almost voodoo,” remembers Hanzsek — who gave Malfunkshun their big break by putting them on a 1986 compilation album of local bands.

While Malfunkshun enjoyed some modest success locally, their glam rock vibe and psychedelic, often improvised guitar solos weren’t quite what labels like Sub Pop was looking for. Grunge was about to break into the mainstream, though.

Wood was not unlike many artists of the era in that he dabbled in drugs, entering rehab in 1985. While Malfunkshun continued to release demos and play clubs, they ultimately disbanded in 1988.

However, there was a long waiting list of artists chomping at the bit to collaborate with Andrew Wood. Soon he was jamming with two members of the grunge-forward band Green River — Stone Gossard and Jeff Ament.

Original songs began to flow, and when Green River disbanded later in 1988, Mother Love Bone was born. The band inked a deal with the PolyGram label and, through their subsidiary label, Stardog, they issued their 1989 EP Shine.

Inside Andrew Wood’s Death On The Brink Of Stardom

Mother Love Bone went on tour while working on their debut album, Apple. When they got off the road, Wood entered rehab again, determined to get completely clean again for the release of the album. He stayed there for the rest of 1989, and in 1990, the band played local shows while awaiting Apple‘s release.

Despite all the effort that Wood put into staying clean and sober, on the night of March 16, 1990, he wandered into Seattle feeling like he needed to get some heroin. He did — and took too much for someone who’d lost their tolerance. His girlfriend found him unresponsive on his bed and called 911.

Wood lay in a coma for three days. On Monday, March 19, his family, friends, and bandmates came to say goodbye. They lit candles, played his favorite Queen album, A Night At The Opera, and then took him off life support.

Mother Love Bone died that day too. Sadly, Andrew Wood died just days before the release of Apple, though it was released later that year in July. 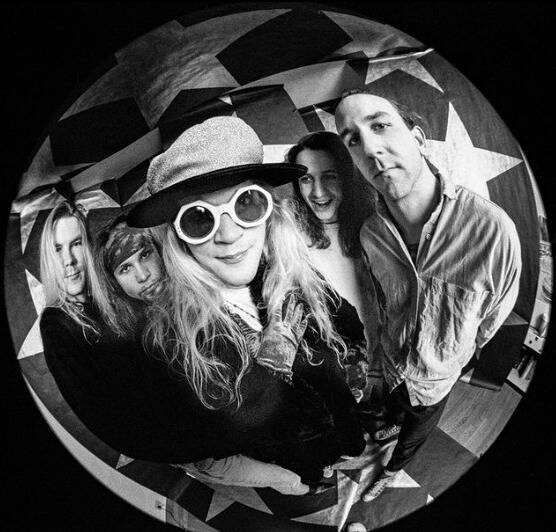 The Legacy Of The Grunge Pioneer

The New York Times called Apple “one of the first great hard-rock records of the ’90s,” and Rolling Stone hailed it as “nothing short of a masterpiece.”

Andrew would not get to read the reviews that would cement his place in history as one of the founding fathers of Seattle grunge.

Chris Cornell, who took his own life at the age of 52, recalled his former roommate’s songwriting prowess: “Andy was so freeform, he didn’t really edit his lyrics. He was so prolific, and in the time it took me to write two songs, he would have written ten, and they were all hits.”

Cornell pulled together the band Temple of the Dog from the remnants of Mother Love Bone as an outlet for his songs written in tribute to Wood. Their breakout single “Hunger Strike” was guest vocalist Eddie Vedder’s first featured vocal ever recorded on an album.

Jerry Cantrell, the guitarist for Alice In Chains, dedicated the band’s 1990 album, Facelift, to Wood. Also, the band’s song “Would?” from the soundtrack to the 1992 film Singles is also an ode to the late musician.

The tributes to this enigmatic frontman who died too soon are numerous and influential in their own right. However, who knows what further influence Andrew Wood may have had on modern music had he lived into the 1990s — and beyond?

Next, read about all the artists who belong to the tragic 27 club. Then, check out these photos that capture the essence of grunge for Generation X.