The watch was given to Hitler as a gift from Nazi officials and features engravings of key dates and Nazi iconography. 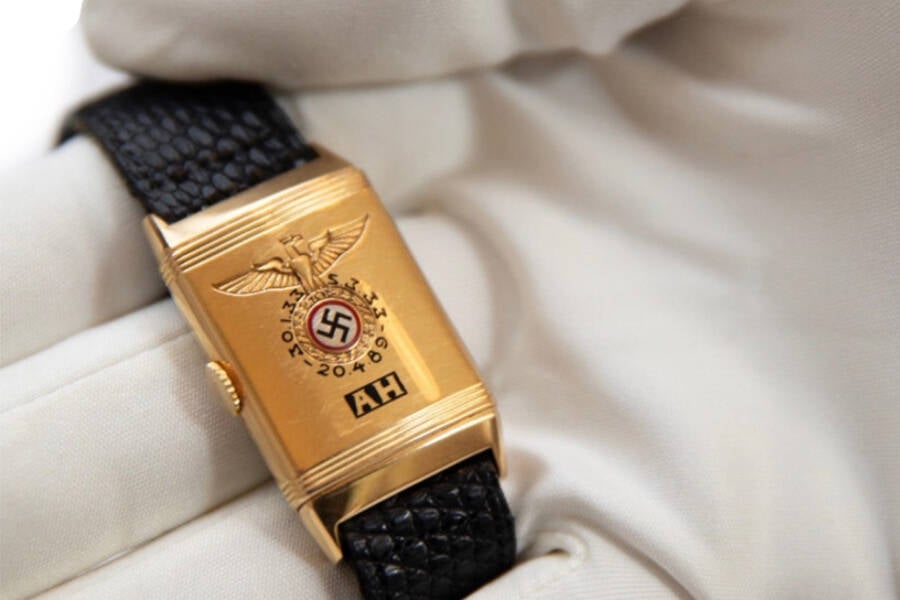 On May 4, 1945, a French unit, the Régiment de Marche du Tchad, stormed Adolf Hitler’s Bavarian mountain hideout, the Berghof, just ahead of American troops. They found the home abandoned, but many personal belongings remained inside — including a wristwatch.

Sergeant Robert Mignot was with the Régiment that day. As French soldiers began looting the property for symbolic war prizes, Mignot came across a personalized gold watch bearing the initials “AH.”

The watch had belonged to none other than Adolf Hitler himself.

After Mignot found the watch, he took it back with him to France and later sold it to his cousin. The watch has remained in the possession of the Mignot family ever since.

Now, Hitler’s gold watch is featured at the Historical Militaria and Autographs Auction put on by Alexander Historical Auctions in Maryland, with an estimated price of two to four million dollars.

Due to his abhorrent misdeeds before and during World War II, Adolf Hitler is one of history’s most infamous figures. For better or worse, this makes anything linked to Hitler exceedingly valuable to collectors of historical artifacts.

However, this is the first time one of Hitler’s watches has ever gone up for auction. 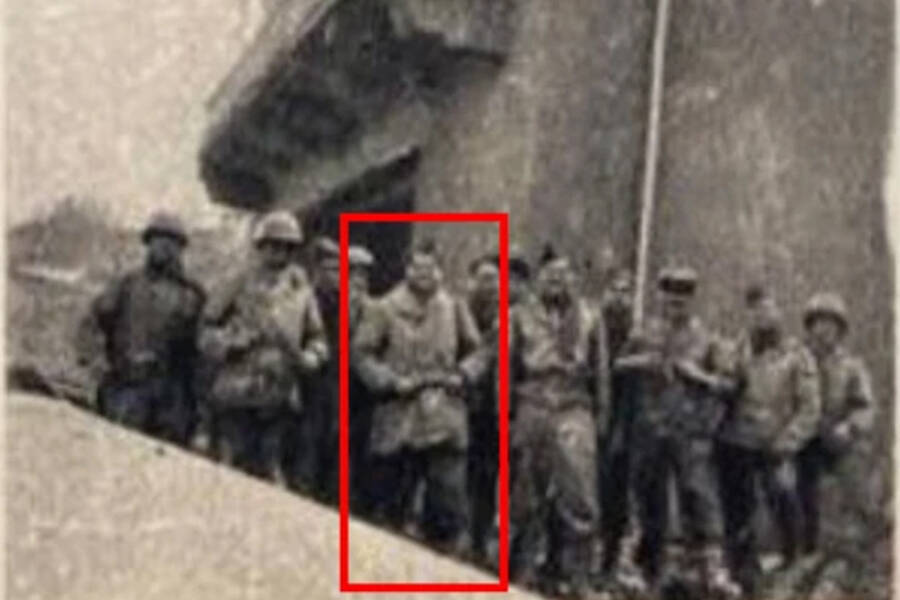 As reported by Metro, Bill Panagopulos, president of the auction house, said, “There are plenty of Hitler relics out there and we have sold hundreds of pieces of his tableware, clothing, furniture, and so on. But a watch is more personal than almost anything else.”

In addition to Hitler’s initials, the reversible watch also features the insignia of the Nazi party and three dates that would have been important to the dictator: his birthday, the day he was appointed chancellor of Germany, and the date of the Nazi Party’s 1933 election victory.

According to the watch’s catalog description, the timepiece was commissioned by Nazi officials as a gift to Hitler, with components manufactured by luxury watchmaker LeCoultre in Switzerland and the final assembly and engraving completed by renowned German watch firm Andreas Huber.

However, no records regarding the manufacturing of Hitler’s watch can be found, as the Huber factory was bombed and burned down during World War II. Swiss manufacturer Jaeger-LeCoultre also attests it has no records pertaining to the watch.

Still, Panagopulos and Alexander Historical Auctions assert that the object is legitimate. Through extensive research of historical records and correspondences directly from Mignot, they are certain of its LeCoultre and Huber origins and its discovery at the Berghof.

Alongside the personalized watch, the auction house is offering the bronze desk set and blotter used by Hitler during the signing of the 1938 Munich Pact, which saw European nations including Great Britain, Italy, and France ceding part of Czechoslovakia to Hitler’s Germany in an attempt to preserve peace among nations. 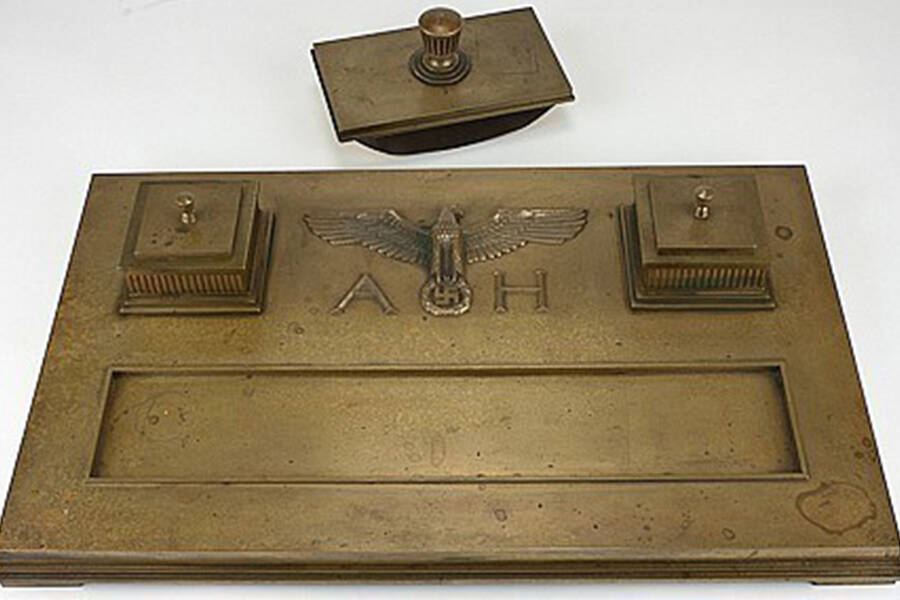 While some items in the auction have nothing to do with Hitler — an original, signed script for “War of the Worlds,” a signed script for Hitchcock’s “Strangers on a Train,” and a letter signed by Mao Zedong — the prominence of Hitler’s artifacts among the collection has received backlash from prominent Jewish groups.

In an open letter, the European Jewish Association has actively called on the auction house to cease the sale of Hitler’s relics.

Chairman Rabbi Menachem Margolin described the sale of these items as “abhorrent,” saying the auction is “giving succour to those who idealise what the Nazi party stood for” and “offering buyers the chance to titillate a guest or loved one with an item belonging to a genocidal murderer and his supporters.”

The letter further declares that these items have no intrinsic historical value and that anyone’s reasons for purchasing them should be in question.

Panagopulos and Alexander Historical Auctions disagreed, however. They stressed that the pieces aren’t up for sale to glorify Hitler in any capacity.

“We aren’t offering this in homage to the worst man who ever lived,” Panagopulos said. “It is instead an incredibly rare historic relic, deeply evocative of one of the darkest periods in world history and thus especially important.”

After reading about Hitler’s watch going up for sale, see what happened when his signed artworks appeared at auction — including a nude picture of his niece. Then, read about the Nazi gold that was found on a sunken ship.