How Jordan Turpin Escaped Her Hellish ‘House Of Horrors,’ Saved Her Siblings, And Became A TikTok Star

After enduring 17 years of beatings, starvation, and being chained to her bed, Jordan Turpin escaped in 2018 to save her 12 siblings from their abusive parents. 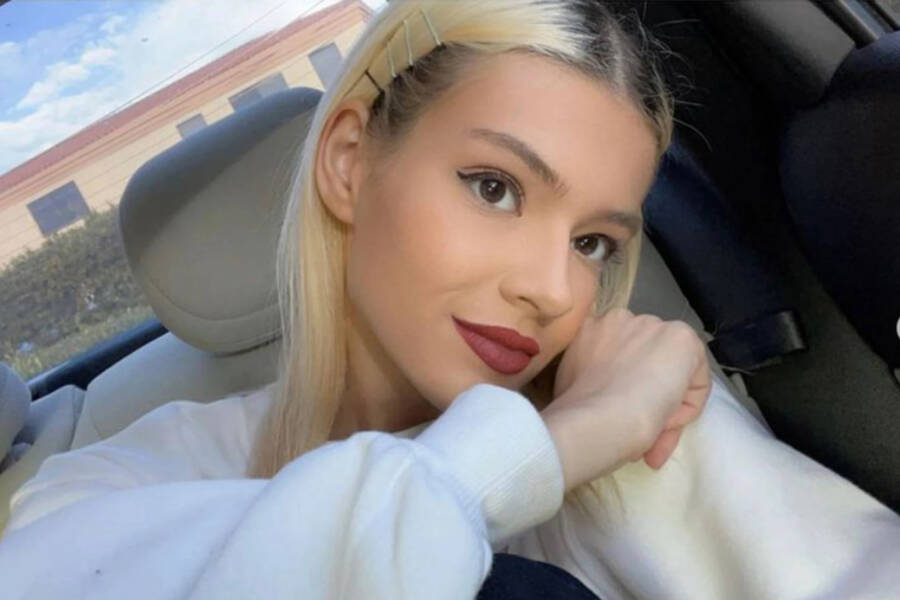 @jordan__turpin/InstagramJordan Turpin has nearly 850,000 social media followers after escaping her family’s house of horrors and boldly moving forward with her life.

Jordan Turpin appeared to have a happy childhood. After all, the 17-year-old had a dozen siblings and was raised by two seemingly attentive parents. Beneath the surface, however, Turpin was surviving the unspeakable — as her parents abused, tortured, and imprisoned her and her siblings for years.

Her parents, David and Louise Turpin, were Pentecostal Christians who believed God had called upon them to produce as many children as possible and provided each of their 13 children with only one meal per day, one shower per year, and routinely bullied, beat, and strangled them.

On the rare occasions that the Turpin children were allowed outside, neighbors in Perry, California, noted their pale and malnourished state. Their home itself was riddled with human feces, dead pets, rotting trash, and expired food. Remarkably, it was Jordan Turpin herself who was able to put an end to what press would call this “house of horrors.”

Turpin bravely escaped one day in 2018 to call 911, after which her parents were sent to prison. Turpin has since bore the responsibility of protecting her siblings and has garnered a substantial fan base whose donations are keeping them all fed.

“Now I can afford to give all my siblings some really good, nice gifts this year,” Turpin said in one of her TikTok videos. “I am so happy and thankful that I can do that. I hope someday that I can help you guys and others, just like you guys have helped me. It means so much to me.”

Jordan Turpin’s Childhood In A ‘House Of Horrors’

Jordan Turpin was born in 2001 in Perry, California. Her father, David Allen Turpin, hailed from Mercer County, West Virginia. Her mother, Ann Louise Robinette, attended the same high school as her future husband. David Turpin was 24 when he married 16-year-old Robinette in the town of Pearisburg in 1985. 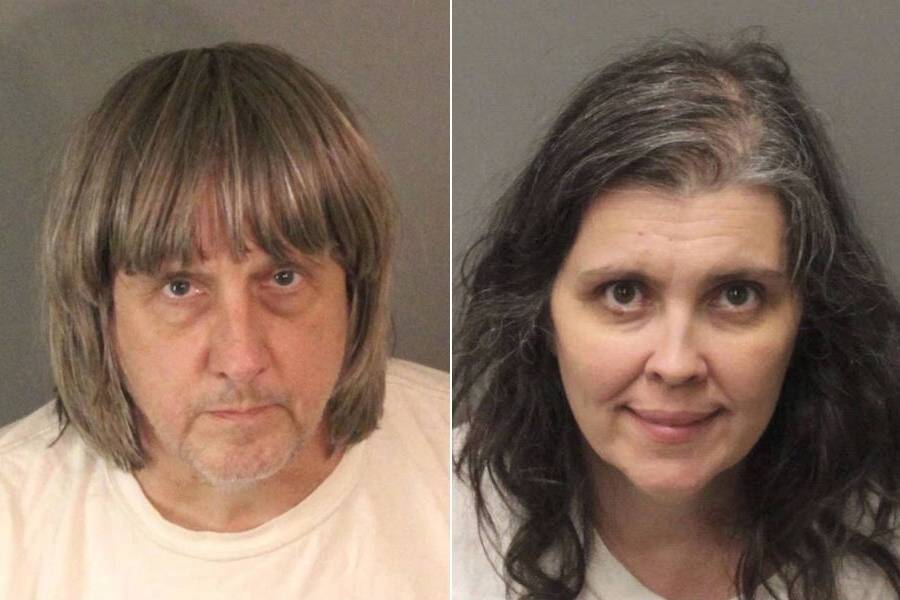 Riverside County Sheriff’s DepartmentDavid and Louise Turpin were sentenced to life in prison for the abuse of their 13 children.

David Turpin had studied computer engineering at Virginia Tech University and later worked for Lockheed Martin and Northrop Grumman. The couple moved to Fort Worth, Texas, and had the first of their 13 children in 1988.

Jordan Turpin was 13 years old when the large family moved to California in 2014 and neighbors found their abandoned trailer in Texas full of feces, trash, dead cats — and ropes tied to bed frames.

Jordan Turpin recalled “a lot of starving” at home. She resorted to ice chips or condiments for food and wasn’t allowed to use the bathroom. She and her siblings instead were forced to smear their feces on the carpet. While her parents claimed that they homeschooled their children, Jordan Turpin claimed to be only educated in physical abuse.

“The only word I know to call it is ‘hell,'” said Turpin.

Turpin recalled spending most of her life in a bedroom with two of her younger sisters who were chained up for months on end. When they were fed, the Turpin family children were given peanut butter sandwiches or chips and frozen burritos. Pleading for more was punishable by beatings with belts or slams against the walls.

Jordan Turpin was so isolated from the real world that she had never been to the dentist. Her 11-year-old sister was so malnourished that her arm circumference resembled that of a four-month-old. The last time Jordan saw a doctor before her rescue was in 2013.

Then in 2016, she stole one of her parents’ phones to discover Justin Bieber. 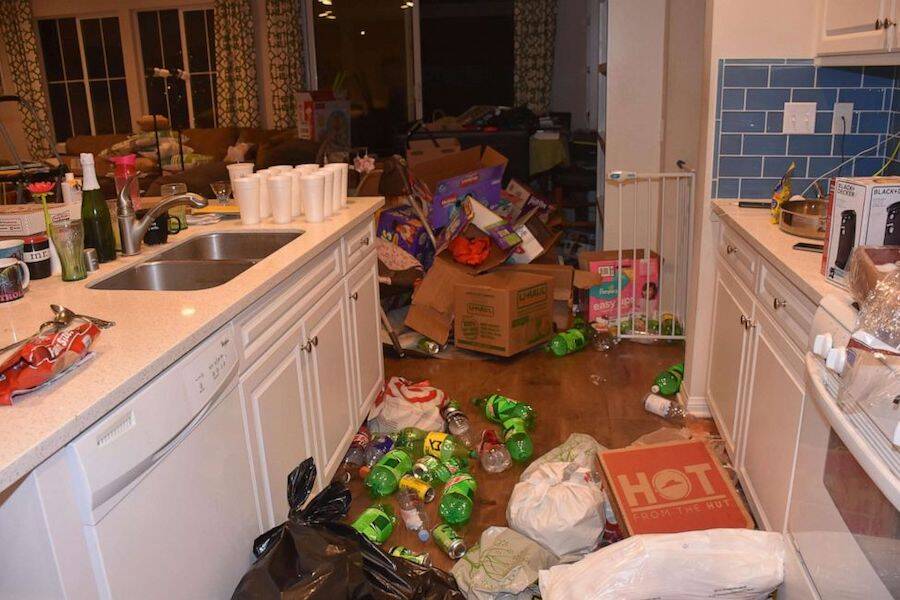 “I don’t know where we would be if we didn’t watch Justin Bieber,” said Turpin. “I started realizing that there is a different world out there … I wanted to experience that.”

Hatching Her Escape From Hell

Jordan Turpin continued surreptitiously using her parent’s phone. She eventually started posting on social media platforms herself and began communicating with people. One user asked her why she was always awake at night and never left the house.

“I did tell him that I didn’t really go to school, and I wasn’t allowed to go in the backyard or front yard and that I’m always kept inside, and I told him how we eat and how we’re not allowed to get out of bed,” she said. “He was like, ‘This isn’t right, you should call the cops.'”

Then, one of Jordan’s siblings told their mother about her contact with the outside world. Louise Turpin responded by violently choking her daughter. It was ultimately the last straw for Jordan, who began hatching an escape plan and galvanizing some of her siblings to help. 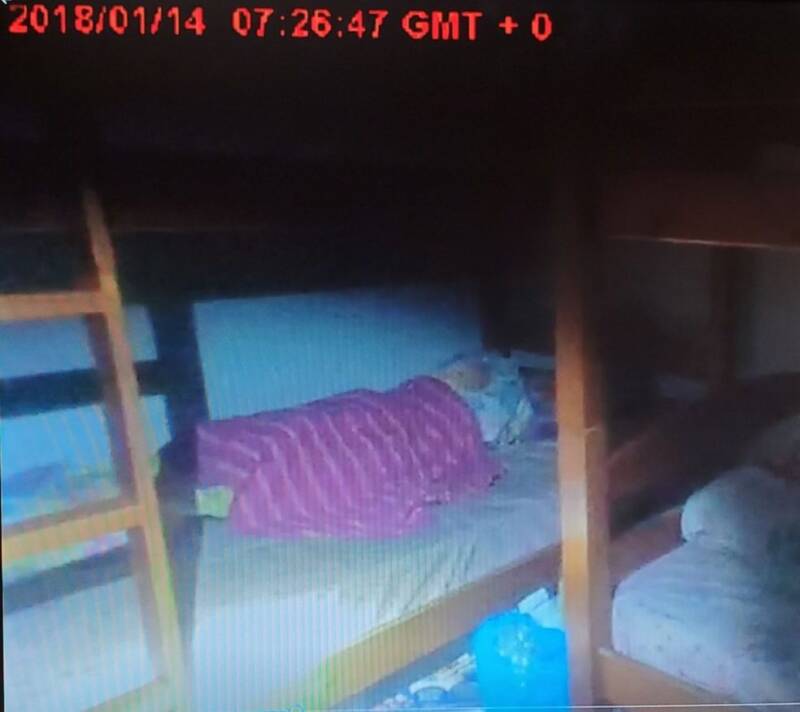 “I thought I was going to die that day,” she recalled. “After that whole day happened, I kept having nightmares that she was going to kill me.”

Her older sister, Jennifer Turpin, tried to draw a map of their neighborhood. It was fairly primitive as neither of them had spent much time outside. Since one of their brothers secretly watched “Cops” on the television, however, he informed them that calling the number 911 would alert the police.

Time rapidly became of the essence when Jennifer and Jordan Turpin overheard their mother screaming about a move to Oklahoma on Jan. 14, 2018. Jordan recalled thinking that “there was a big chance that some of us would have died” due to the malnourished state of her and her siblings.

Jennifer encouraged Jordan to take photos of the house and her captive siblings before escaping. Jordan stole her older brother’s secret cell phone to do so. At the time, two Turpin children were in chains simply because they had stolen their mother’s sweets. One had been restrained for 15 consecutive days.

Where Is Jordan Turpin Now?

Determined to escape before the next morning, Turpin propped her pillows up beneath her blanket to make it seem as though she was asleep. She packed a small bag and climbed out of her bedroom window but was frozen once outside as she had never seen a sidewalk. Yet, moments later, she bravely called the cops. 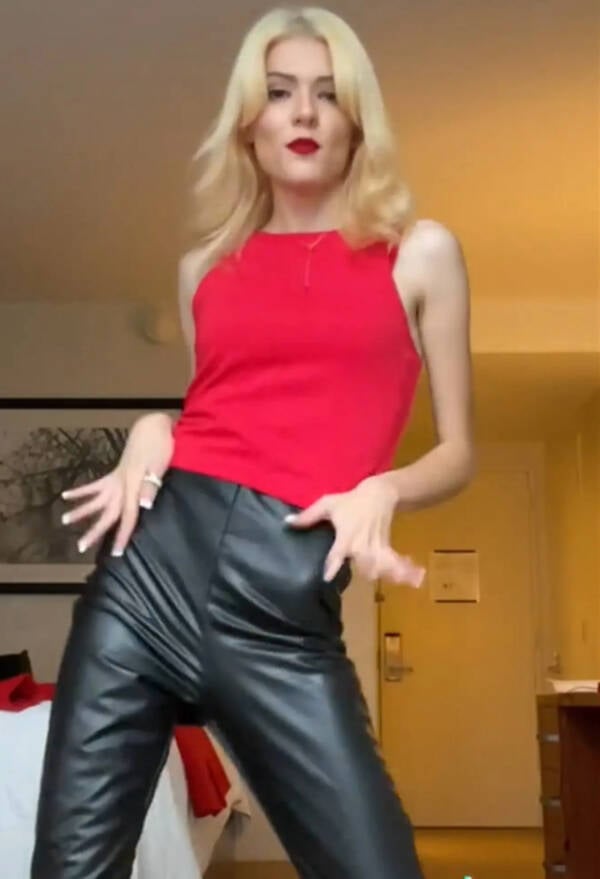 “I had no idea what direction to go,” she said. “I was so scared. I was trying to dial 911, but I couldn’t even get my thumb to press the buttons because I was shaking so bad. I was telling them everything: We didn’t go to school, we live in filth, how we starve … Because I had to make sure that if I left, we wouldn’t go back.”

When the Riverside County Sheriff’s Department raided the home, they confirmed Jordan’s claims and arrested David and Louise Turpin on the spot. They were charged with 12 counts of false imprisonment, 12 counts of torture, seven counts of abuse of a dependent adult, and six counts of child abuse — and plead not guilty.

Jordan Turpin now has taken to social media in an effort to support her siblings.

Turpin has a loyal following of over 700,000 TikTok users. She frequently uploads videos of herself dancing or thanking strangers for kindly donating to her cause. “I love helping others!” Turpin’s bio states. “Love to dance and write songs!” She has another 160,000 followers on Instagram.

“Hey guys, I just wanted to pop on here really quick and say thank you so much for all the love and all the support,” she said in one video. “Whoever has followed me or watched my videos, I appreciate you so much and I love you guys so much.”

When asked directly what she wanted for her life, Turpin painted a vivid picture.

“Maybe a kid someday, a nice car,” she said. “Graduating college, being a book writer, or a motivational speaker. When I have kids, I want to make sure I’m in a good place … I want the last name Turpin to be remembered as a name of strength.”

After learning about Jordan Turpin, the teenager who bravely escaped her abusive parents to save her siblings, take a look at another house of horrors with these 21 petrifying pictures of Ed Gein’s house. Then, learn about the horrifying New Orleans home of Madame LaLaurie.