The wildfire is the worst in Slovenia's history but firefighters are cautiously optimistic that they have the blaze contained. 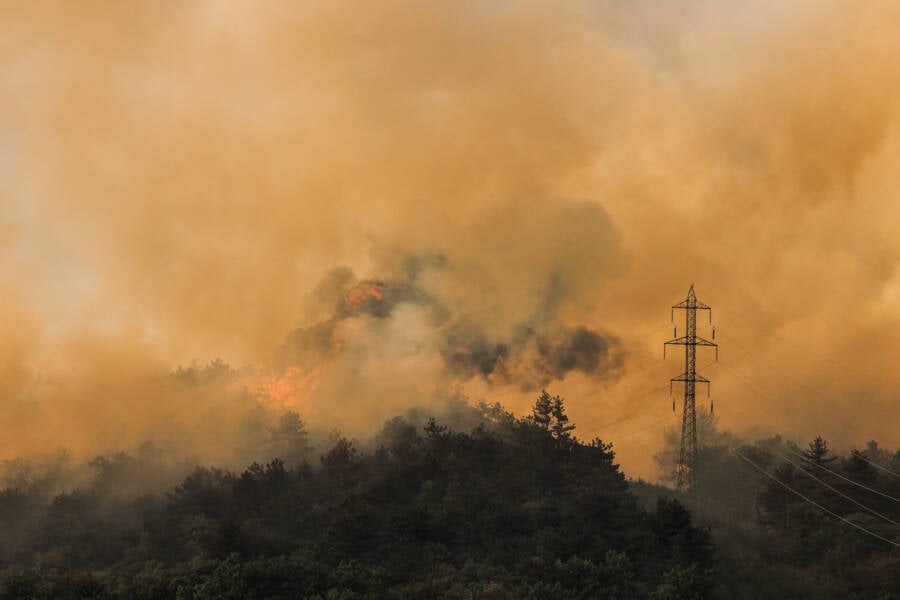 Luka Dakskobler/SOPA Images/LightRocket via Getty ImagesA large wildfire burns in the hills above the village of Temnica, Slovenia.

In Slovenia, the wildfires sweeping the country are bad enough. But the blazes are also igniting century-old bombs, relics of World War I.

“The problem is that because of the unexploded ordnance, firefighting units cannot penetrate into the fire but can only act on its edges,” Slovenian defense minister Marjan Šarec explained to local news. “This is why the fire is being intensively fought from the air as well.”

On July 22, one of the “unexploded ordnances” blew up — and showered Slovenian firefighters with 100-year-old shrapnel. Fortunately, according to local news reports, no one was hurt. And despite some concerns that the bombs might contain mustard gas or other chemical weapons, World War I historian Simon Jones assured Task and Purpose that that was unlikely.

But the explosions have become so frequent that officials battling the blaze in Slovenia’s southwest region of Kras stopped keeping count.

“There were quite a few explosions over the night as well, as the temperatures at the fire site are much higher,” Darko Zonjič, of the national unit for the protection against unexploded ordnance, told local news, explaining that only explosions that take place near a road are being recorded. He and his team plan to examine others later on. 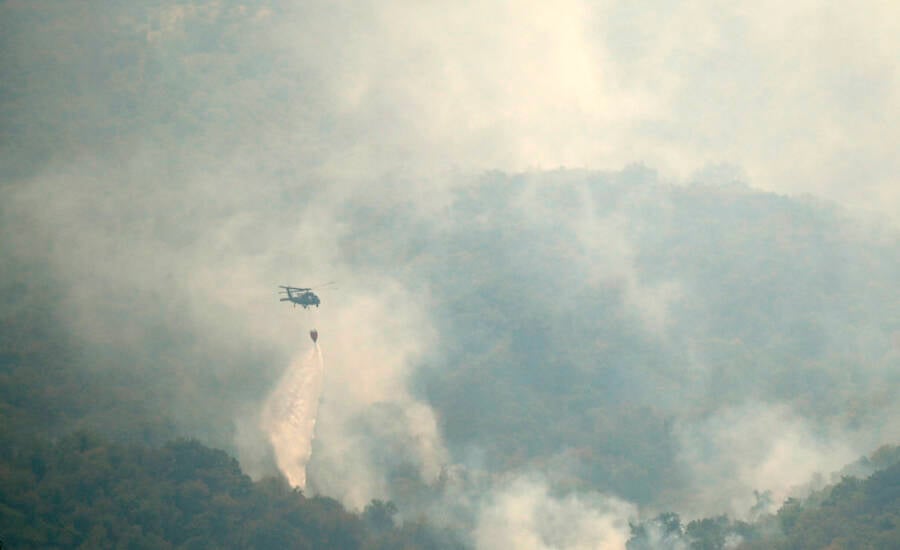 JURE MAKOVEC/AFP via Getty ImagesA helicopter douses water on the fire in Slovenia, which has blazed for more than 10 days.

The fire, which began around July 14, has spread across 5,000 acres of land. Two thousand firefighters and foresters have come together to battle the blaze, but their work is extra treacherous because of the unexploded World War I bombs. According to Vice, the fire is burning across a swath of Slovenia where 12 World War I battles were fought and some 200,000 people died.

History Net reports that those battles pitted Italian troops against forces from the Austro-Hungarian Empire. But this small slice of the conflict represents an even bigger problem in our modern day. In all, the Royal Air Force and U.S. Army Air Force dropped 2.7 million tons of bombs on Europe, mostly in Germany. And about 10 percent of those never exploded.

Along the former Western Front, in France and Belgium, officials have long worked to clear former battlefields of unexploded bombs. According to Vice, the French call these relics of war récolte de fer, or Iron Harvest, and removing them can be deadly. Since World War II ended, some 630 bomb disposal officers have died trying to remove bombs from French fields. Now, fires across Europe threaten to upend this delicate work.

Currently, fires are blazing across the continent, scorching earth in France, Italy, and Spain. High temperatures have also caused problems in places like the United Kingdom, where Vice reports birds are falling from the sky. 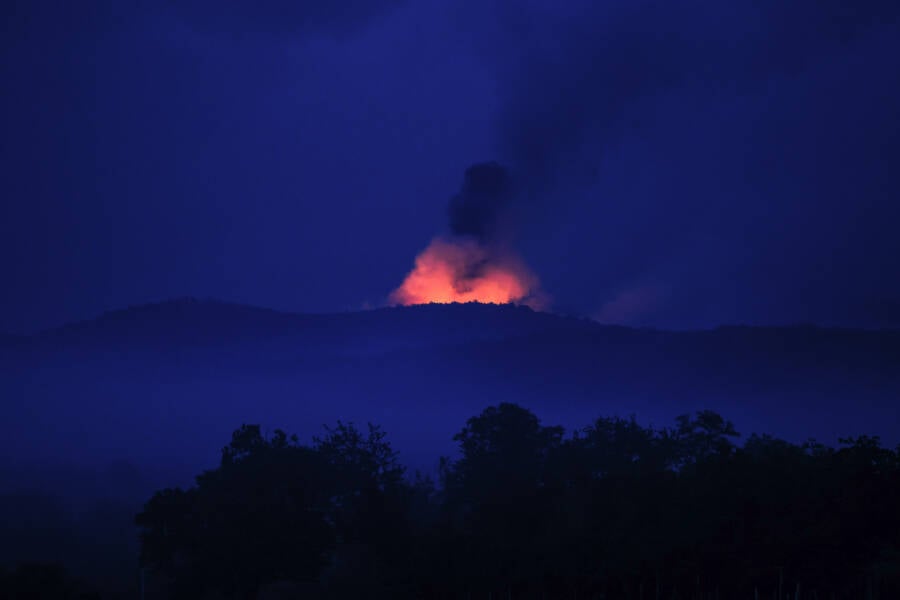 But in Slovenia, at least, there’s hope that the current blaze is finally dying down. On July 24, a number of government officials, including the president and prime minister, visited the site of the wildfire. And officials have told local news that the fire appears to be under control, though they plan to continue to monitor it for a few days to make sure.

President Borut Pahor additionally addressed his country to thank everyone who had participated in battling the blaze. “The spirit of solidarity is not only present among Slovenians but also more widely,” he said. “All this gives hope to the Kras people that this will be over.”

Perhaps, but removing World War I and World War II bombs from Europe is sure to be a much longer endeavor. According to Vice, it could take 100 years to clear the continent of explosives.

After reading about the wildfire exploding World War I bombs in Slovenia, look through these haunting photos from the First World War. Or, see how a Christmas Truce in 1914 briefly put World War I on hold.