Inside The Enigmatic Story Of Yasuke, The Black Samurai Of 16th-Century Japan

The first African man to become a samurai, Yasuke certainly made a mark on feudal Japan — though much about his life remains a mystery.

In the 16th century, Japan was internally divided and externally isolated. Split into provinces under the rule of various local feudal lords who were known as daimyōs, the island nation remained relatively closed off from the outside world. That is, until the Age of Exploration that brought European explorers to every corner of the globe — including Japan.

The Portuguese were the first European people to arrive in Japan, and they brought with them their language, their religion, and their institution of slavery. These enslaved people, who had been ripped from their homelands in Africa and sold into servitude aboard Portuguese ships, were often forced to follow their new masters during their travels around the globe.

But one of the slaves taken to Japan eventually rose through the ranks to become a samurai and attain a position of the highest honor in his new home. This man is now known as Yasuke — the Black samurai. 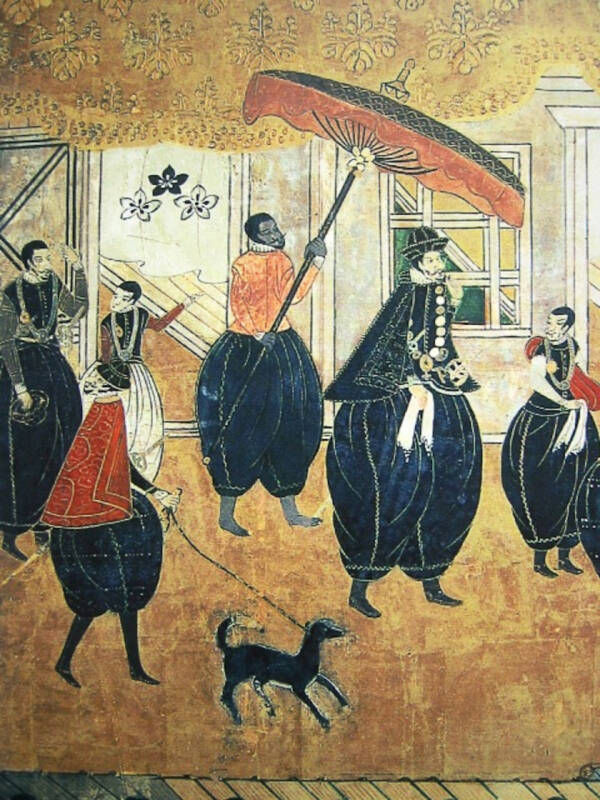 Wikimedia CommonsWhile no confirmed renderings of Yasuke the Black samurai exist, illustrations like this one may depict him.

As is so often the case with enslaved people — especially those who lived several centuries ago — little is known for sure about the early life of Yasuke. Some have even speculated that he wasn’t a slave at all but instead had a warrior background, which helped him become a samurai in Japan.

Valignano was one of the first Europeans to bring Christianity to the Far East, and the letters of his fellow Jesuit, Luis Frois, provide much of the written account of the extraordinary story of Yasuke the Black samurai.

In 1579, Yasuke would have been one of the first African people who ever set foot in Japan (and, eventually, the first Black samurai). As reported by Ancient Origins, Frois recounted how Yasuke’s appearance caused quite a stir among the natives of Japan. In fact, it’s said that several Japanese people actually broke down the door of the Jesuit residence just to catch a glimpse of him — and some people even died during the ensuing ruckus.

Eventually, word of this striking man reached a curious daimyō.

How Yasuke Became A Samurai 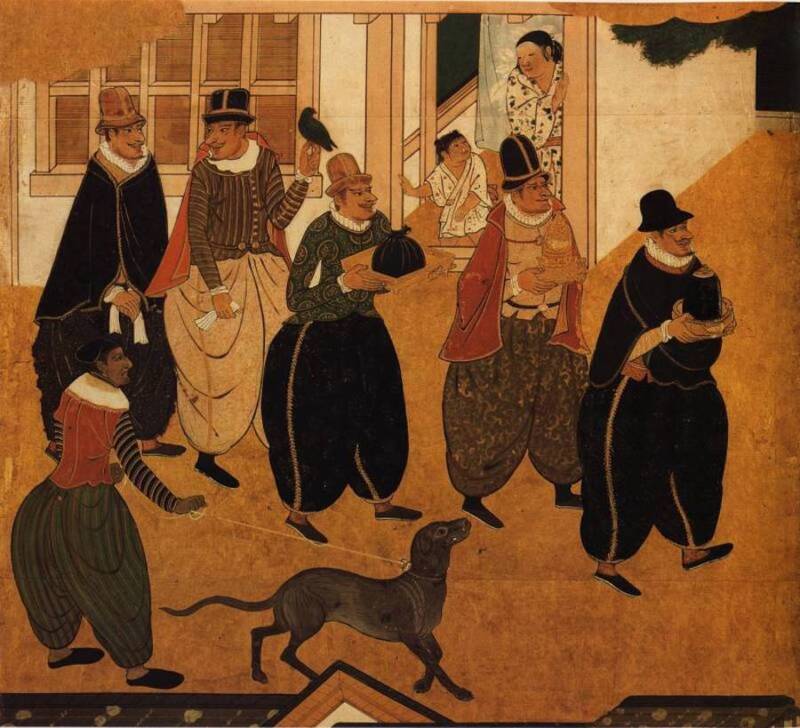 Wikimedia CommonsAnother rendering that may depict Yasuke, the Black samurai of Japan.

A daimyō named Oda Nobunaga played an enormously important role in transforming the course of Yasuke’s life during his time in Japan.

Though Nobunaga is perhaps best remembered for paving the way for the total unification of Japan and taking control of nearly half the country’s provinces, he also had a notable interest in European culture and everything that came along with it. Nobunaga used his power to extend protection to the Jesuits and even helped them build their own church in Kyoto.

Considering how closely connected Nobunaga was with the Jesuit people, it was only a matter of time before he heard that a Jesuit man had brought Yasuke to Japan. And Nobunaga soon insisted on meeting him.

According to the book The Chronicle of Lord Nobunaga, when Yasuke was first presented to Nobunaga, he was described as a tall young man whose “strength surpassed that of ten men.” He also reportedly stood more than six feet tall (a height at which he would have towered above most Japanese men at the time, as their average height was just over five feet).

The fascinated daimyō was convinced that Yasuke’s skin must have been dyed by ink, so he ordered him to strip to his waist and scrub his body thoroughly to prove his skin tone was real. Nobunaga was also amazed by his height. And although Yasuke was able to speak only a little Japanese, he greatly impressed Lord Nobunaga, who reportedly enjoyed talking with him.

Ultimately, Yasuke made such an impression on Nobunaga that he brought him into his service, granting him a sum of money, a house, and a katana. From that point on, Yasuke remained an important member of the daimyō’s retinue, loyally serving Nobunaga and eventually becoming an honored samurai in 1581. And just like that, he had gone from being considered a piece of European property to a member of the Japanese elite. 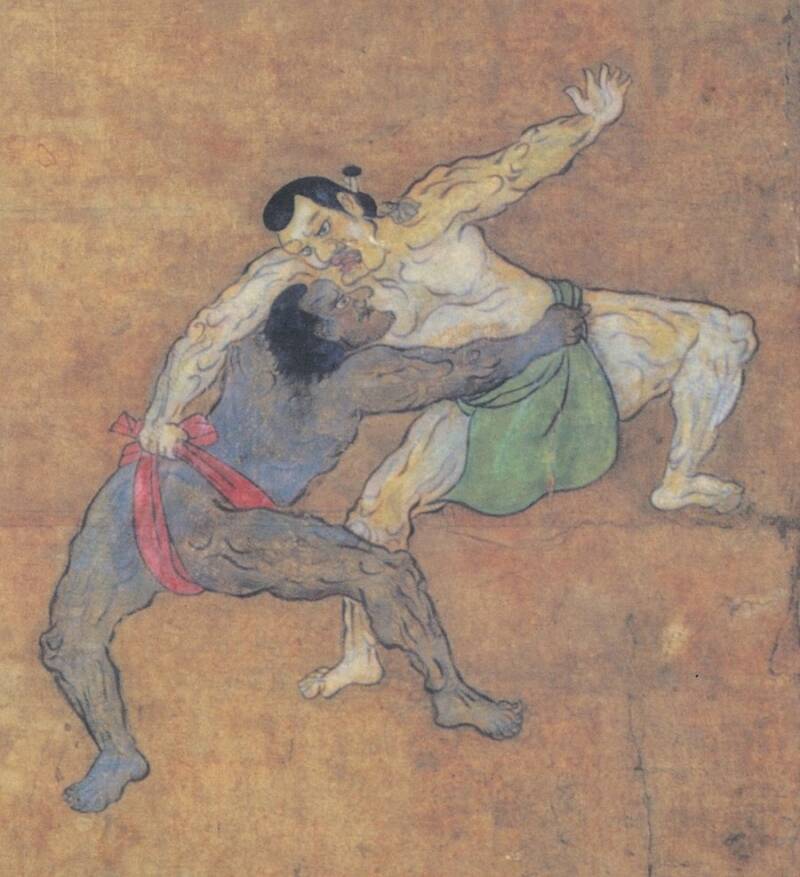 Despite Yasuke’s impressive rise through the ranks in Japan, his remarkable career as a Black samurai would soon be over. In 1582, Nobunaga was betrayed by Akechi Mitsuhide, who was supposed to be one of his loyal associates. Instead, Mitsuhide helped orchestrate a coup, which would cause Nobunaga’s story to come to an abrupt — and brutal — end.

During the final confrontation between Nobunaga and Mitsuhide’s forces, Yasuke reportedly fought with bravery. He hoped to defend Nobunaga’s castle from the attack, but it was all for naught in the end.

Ultimately, when a wounded Nobunaga saw that there was no escape, he died by seppuku — a gruesome suicide ritual that involved a samurai disemboweling himself with a dagger and then either bleeding out or allowing a peer to decapitate him — rather than face surrender.

Despite the grisly spectacle, Nobunaga and Yasuke may have shared a final moment of warmth. Before Nobunaga killed himself, he reportedly asked Yasuke to finish the ceremony by decapitating him and then bringing his head to his son. According to historians, this was the ultimate sign of trust.

After Nobunaga’s brutal suicide, Yasuke attempted to enter the service of Nobunaga’s son, but he also died by suicide after being overwhelmed by Mitsuhide’s forces. Yasuke ultimately handed over his sword to Mitsuhide, following Western tradition rather than choosing to die by seppuku. Because of this, Mitsuhide declared that Yasuke was not a real samurai.

But even though Yasuke was rejected by Mitsuhide, he was not killed by him. Instead, he was sent back to the Jesuits, who were reportedly happy that he had survived. Much like Yasuke’s early life, his final years remain an enigma. According to the BBC, he only appeared in the historical record between 1579 and 1582, slipping into obscurity once again after taking on Mitsuhide.

After making a brief mark on history, Yasuke supposedly spent the rest of his days with the Jesuits. Since then, he has been featured in countless books and, later, television shows, most recently the Netflix anime series Yasuke in 2021. Though much of his life is still mysterious to this day, one thing is certain: his remarkable career as a samurai will never be forgotten.

After this look at Yasuke the Black samurai, discover these striking photos of the last samurai of Japan. Then, read up on the Onna-bugeisha, Japan’s badass female samurai who were almost forgotten by history.