When health complications forced auto racer Carroll Shelby into early retirement, he turned his success on the Formula 1 racing circuit into a lucrative career as a high-performance car designer. 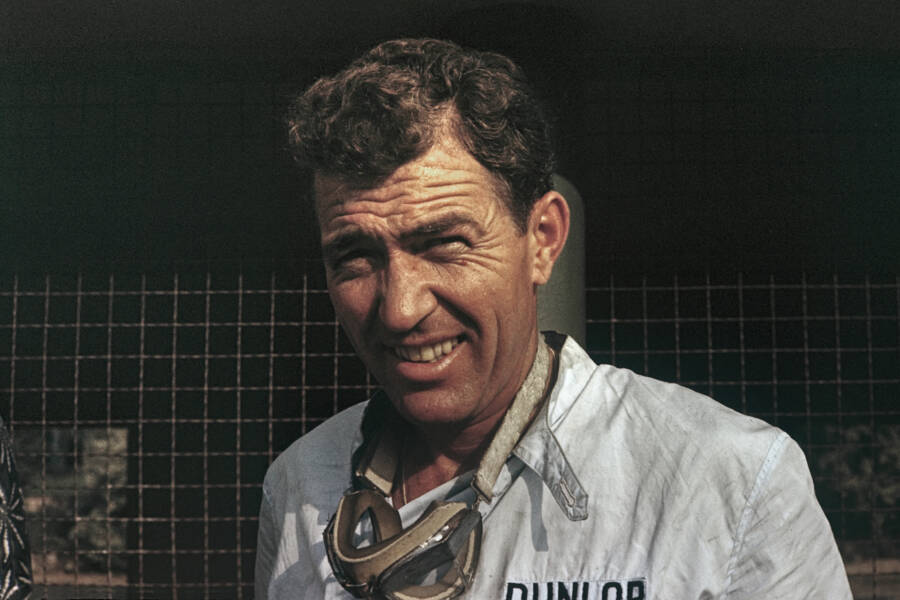 Bernard Cahier/Getty ImagesCarroll Shelby at the 24 Hours of Le Mans race on June 21, 1959.

The AC Cobra sports car, known as the Shelby Cobra, is his most iconic design, but the true story behind the Ford v Ferrari film is what elevated Shelby’s legacy in Formula 1 racing to legendary status.

Carroll Shelby’s love for fast cars took hold at an early age. He was born Carroll Hall Shelby on January 11, 1923, in the small but burgeoning town of Leesburg, Texas.

Shelby’s father, Warren Hall Shelby, and mother, Eloise, had relocated to the area so he could work at the local post office, where the young Shelby got his first taste of speed.

“My father loved cars,” Shelby said in a 2008 CNN interview. “And my father was a rural mail carrier that drove pretty fast. I remember when I was three years old I would stand up in this Whippit that he had, and I would say, ‘Let’s go faster, dad. Let’s go faster.'”

Open roads and a father with a car fixation paved the way for Shelby’s racing career. He enrolled in the Army Air Force and served as a flight instructor during World War II. When the war was over, Shelby tried his hand at being a chicken farmer, but when that failed, he went full throttle into racing.

From Amateur Racer To Automotive Legend 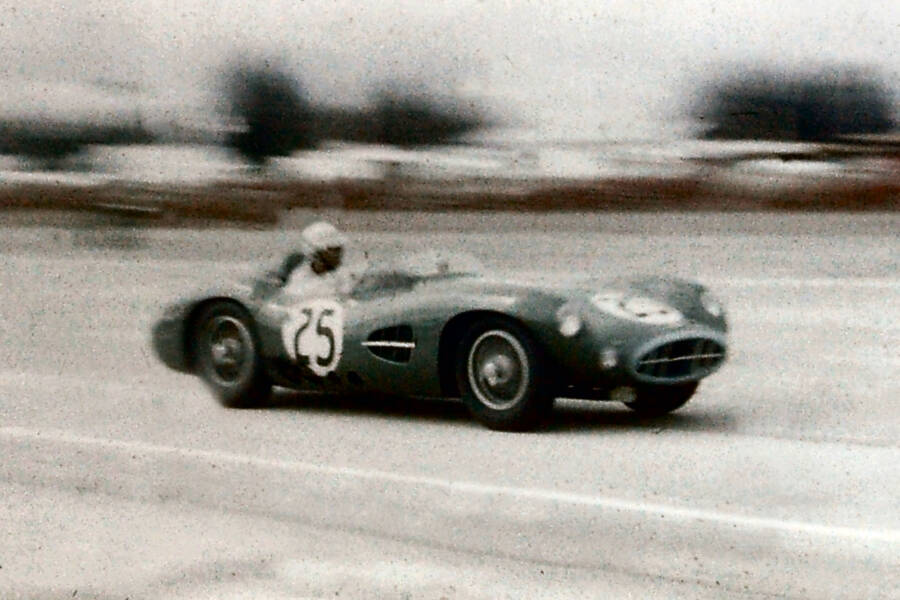 Wikimedia CommonsCarroll Shelby racing in an Aston Martin DBR1/200 at the 12 Hours of Sebring race in 1958.

“The desire for speed has always been there,” Carroll Shelby said, “and I don’t try to modify it.”

Two years after his first drag race in 1952, Aston Martin invited Shelby to drive for them, and the opportunity kicked his racing career into high gear. In 1956 and 1957, Sports Illustrated named Shelby “Sports Car Driver of the Year.”

One of his more iconic moments came during a 100-mile race. Behind the wheel of a V8-powered Maserati race car, Shelby spun out in the first lap. Determined, he regained ground to win first place and cement his standing as an American racing champion.

In his nine-year racing career, Shelby competed in 148 races, won 50 and finished second in 17. 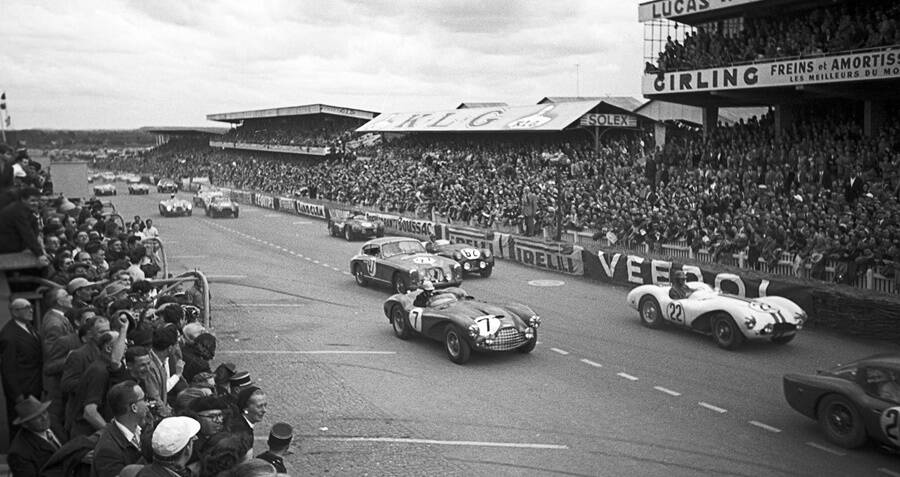 In 1960, after a heart condition drove him to retirement, he established a Goodyear Racing Tire distributorship in California. Not ready to leave the fast lane, he opened the Shelby School of High Performance Driving with plans to start building performance cars on the side.

“I started to look around and moved to California because I knew I’d never be able to do it in Texas,” Carroll Shelby recounted later in an interview. He found what he was looking for in Detroit, Michigan.

Ford Motor Company agreed to give Shelby an AC chassis, a few small-block V8 engines, and $25,000 in funding for him to build a sports car that could beat Chevrolet’s Corvette. That car became the 1962 Shelby Cobra 260 Roadster.

With support from Ford, the Cobra became the centerpiece of his career as a car designer. The car’s rising popularity also gave him the momentum he needed to open the Shelby American auto shop in Venice, California. 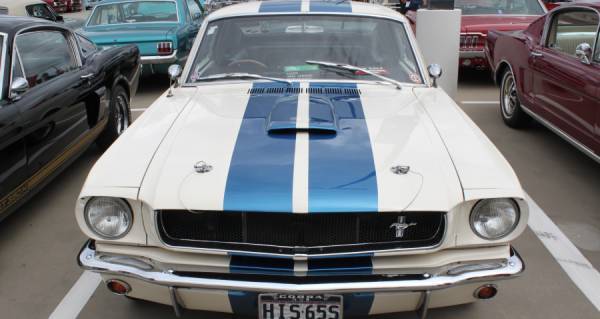 Finished and ready to roll, the Cobra performed on the track and shined with style. With Ford’s backing, the car garnered national and international attention.

However, the true test was the racing track. In its first race at the Los Angeles Times Grand Prix, the Cobra started poorly, fell back, took the lead in lap nine before breaking a rear hub and not being able to finish the race.

Still, the Cobra proved to be lighter and faster than the new Corvette Stingray. So, Ford gave Shelby the green light and the money to start building newer models.

The story behind Carroll Shelby and Ken Miles leading Ford to victory over Ferrari at the 24 Hours of Le Mans race in France in 1966 is the subject of the Matt Damon and Christian Bale film Ford v. Ferrari.

After producing several new Cobra models over the years and a high-performance Mustang, the Shelby Mustang GT350, Ford had a new challenge for Carroll Shelby: beat Ferrari at the 24 Hours of Le Mans Grand Prix.

At Le Mans, Ford was on a losing streak. After performing poorly at Le Mans 1964, none of Ford’s cars finished the race the following year.

Meanwhile, Ferrari was on a five-time winning streak. So much so that Ferrari only entered two cars at Le Mans 1966, anticipating to once again win the race. 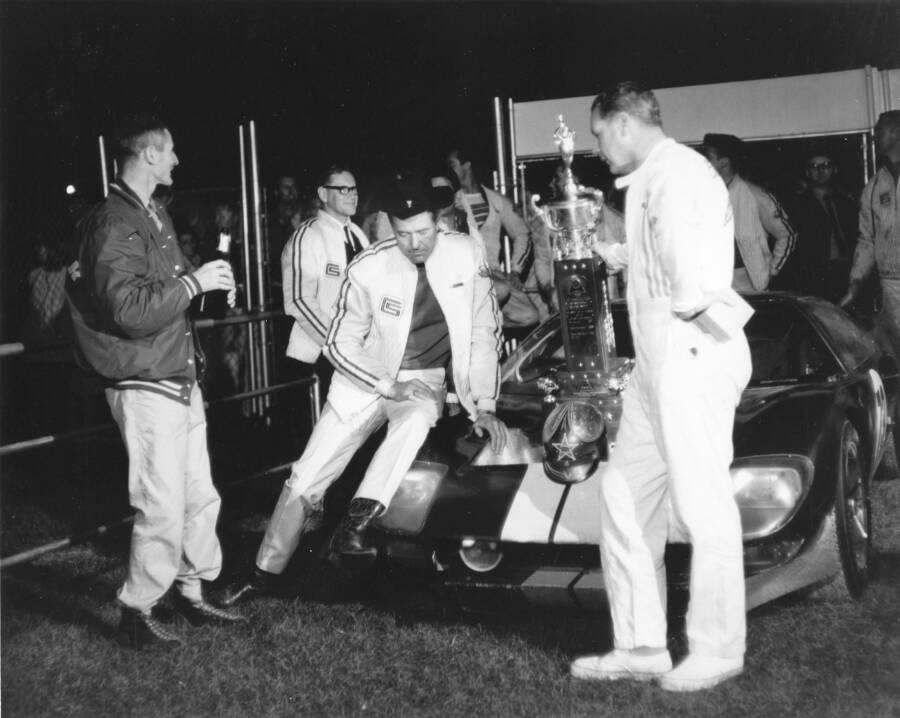 But Ford was determined. Investing a reported $10 million in its Le Mans program, Ford turned its failing GT40 car project over to Shelby American.

The team quickly started making improvements to the car, and Shelby hired racing wizard Ken Miles to test drive the results. Depicted in the film Ford v Ferrari, the powerful personalities of the men synergized as they worked to prepare for Le Mans in 1966. 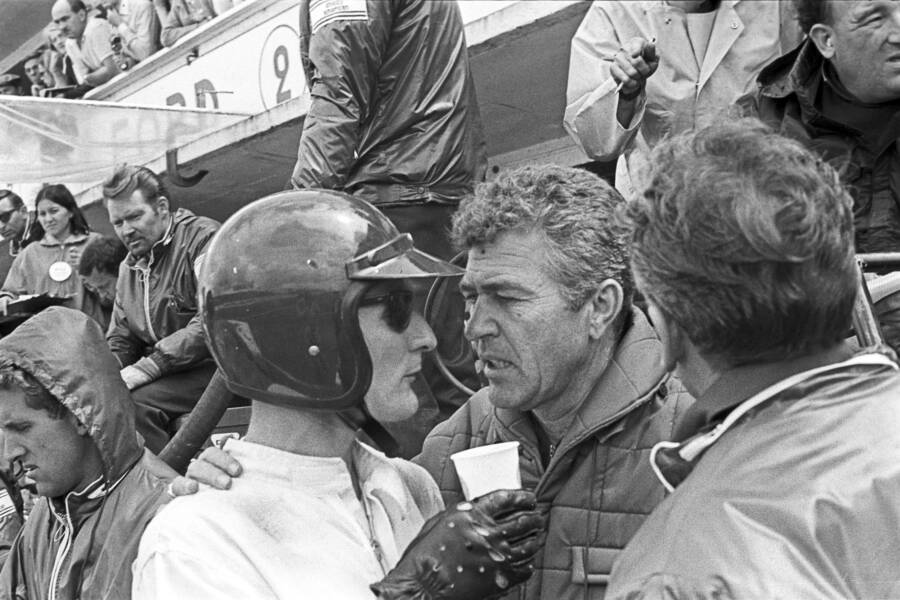 Bernard Cahier/Getty ImagesKen Miles with Carroll Shelby during the 1966 24 Hours of Le Mans.

That year, the Shelby American team’s new and improved Ford GT40 Mark II finished first, second, and third at Le Mans. Although the glory for Ken Miles was short lived, the win made Shelby and all the racers involved superstars. The following year, Ford beat Ferrari again to put an end to Ferrari’s hot streak.

The Legacy Of Carroll Shelby 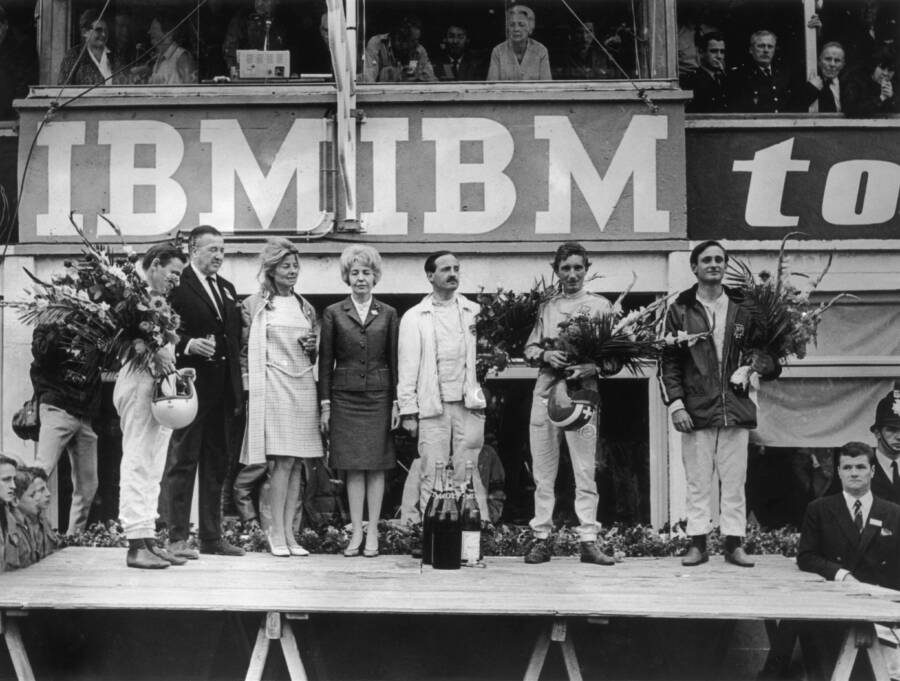 Altogether, Carroll Shelby reportedly built more than 1000 Cobras and 14,500 Shelby Mustangs between 1962 and 1970. However, what he did off the track gave him the most fulfillment.

“We built the Automobile Hall of Fame in Dearborn[, Michigan]. I’m in that. And my children’s foundation. I’m very proud of that,” he said. “It’s fun to build cars, but there’s got to be a lot more to life than that. I’ve been so damn lucky to live this long, racing with nitro-glycerine pills in my mouth. I have so much to be thankful for. I wear a Santy Claus watch to remind me that every day’s Christmas.”

Shelby left the racing business entirely for a while and became the face of a chili mix that he later sold to Kraft. With the money from the chili brand, he bought his own private island and spent time hunting big game in Africa.

In 1982, he finally returned to high-performance car designing. This time for Chrysler. After creating special-editions of the Dodge Charger and a few other cars, a need for a heart transplant in 1990 stopped Shelby in his tracks. Although he was down, he was not out.

Upon making a full recovery, Shelby had a new lease on life. In order to help others in need of transplants, Shelby founded the Shelby Children’s Foundation.

Soon thereafter, Shelby needed a kidney transplant as well. After receiving a kidney from his son Michael in 1996, Shelby started the road to recovery again and kept on going.

By the early aughts, Shelby was back to doing what he loved the most. In 2003, he again partnered with Ford on new Mustang concepts for the company’s centennial birthday. The end result was the Ford GT500KR, a 540-horsepower version of the original King of the Road model. Ford unveiled the car at the New York Auto Show in 2007, and Carroll Shelby made an appearance for promotion.

Although Shelby and Ford’s partnership ended in dispute, the cars they created together are still iconic today. In 2012, Shelby passed away at 89, but his legacy lives as one of the legends of American racing.

From raising chickens to racing Cobras, Shelby lived and died in the fast lane and he wouldn’t have had it any other way. At 74 years old, Carroll Shelby was asked what he thought he’d be doing at age 85. He simply replied: “Building cars, I hope.”

Now that you’re done reading about American racing legend Carroll Shelby and the Shelby Cobra, check out this post about the worst cars ever sold or see 25 of the weirdest cars ever built.