The Shocking Story Of Christie Downs, The Little Girl Who Survived Being Shot By Her Own Mother

In 1983, eight-year-old Christie Downs miraculously survived after her mother Diane Downs shot her and her siblings, Danny and Cheryl, in the backseat of their car in Oregon. 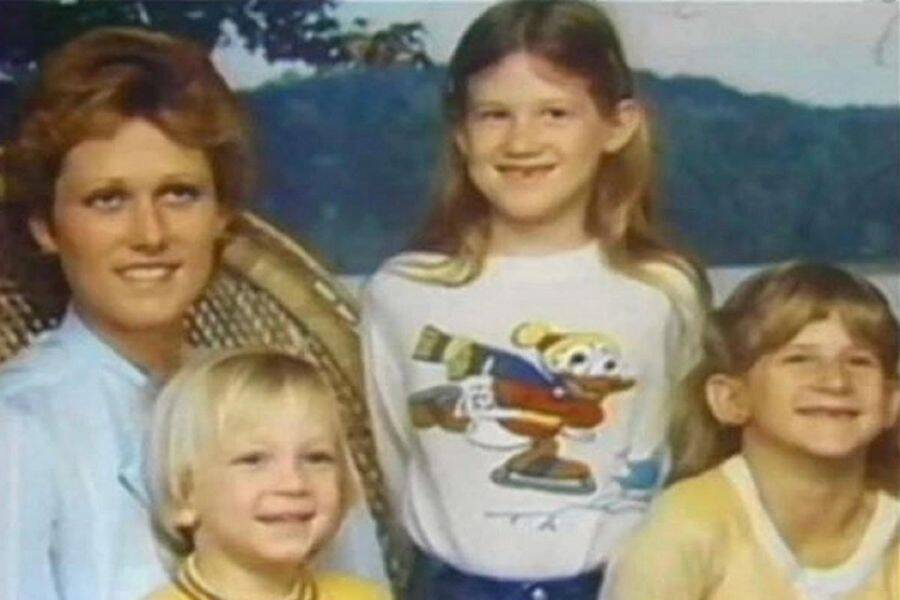 Christie Downs was only five when her parents divorced in 1980. But however difficult that was for her would pale in comparison to the events that transpired just three years later — when her mother, Diane Downs, attempted to murder Christie and her siblings Danny and Cheryl because her new boyfriend didn’t want children.

While Diane Downs had a traumatizing childhood of her own, she escaped the abusive clutches of her father to start a new life. She not only married her high school sweetheart but had three healthy children: Christie Downs, Cheryl Lynn Downs, and Stephen “Danny” Downs.

Diane Downs’ children then began to suffer neglect as their mother started going out in hopes of finding a new partner. Eventually, the man she found, Robert Knickerbocker, had no interest in “being a daddy” and broke things off. So, on May 19, 1983, Diane Downs responded by attempting to kill her own children. She then told police that a “bushy-haired stranger” had shot them during a failed carjacking.

Diane Downs’ children each suffered different fates, all of them tragic. Seven-year-old Cheryl Downs died at the hospital. Three-year-old Danny Downs was paralyzed from the waist down. And Christie Downs was left temporarily unable to speak after a stroke. But once she regained her voice, she used it to identify her ruthless mother as the shooter.

Christie Ann Downs was born on Oct. 7, 1974, in Phoenix, Arizona. The eldest of Diane Downs’ children, she was joined by Cheryl Downs on Jan. 10, 1976, and Stephen Daniel “Danny” Downs on Dec. 29, 1979. Unfortunately for the trio of toddlers, their parents Steve and Diane Downs were already verging on a bitter divorce. 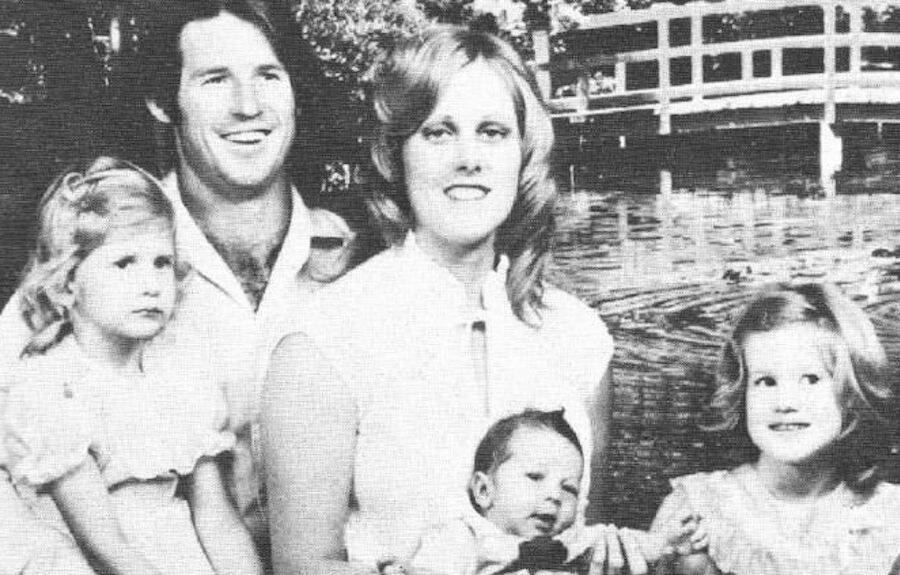 Born Elizabeth Diane Frederickson on Aug. 7, 1955, Diane Downs was a Phoenix native. She would eventually testify that her father, a local postal worker, had sexually abused her before she became a teenager. Then, at Moon Valley High School, she met Steve Downs.

While the newfound lovers graduated together, Steve enlisted in the U.S. Navy while Diane went to Pacific Coast Baptist Bible College in Orange, California. However, she was ultimately expelled for promiscuity within a year, according to The Sun. The couple happily reunited in Phoenix and eloped on Nov. 13, 1973, determined to start a family.

While Christie Downs was conceived within a couple of months, her parents grew rapidly unhappy. Arguments over money punctuated their days, while Steve’s accusations of Diane being unfaithful comprised their nights. When Stephen was born, his father wasn’t even sure the boy was his.

The couple ultimately divorced in 1980. Diane Downs was 25 years old and seriously neglectful of her children. She often enlisted Christie Downs to watch over the younger siblings or left them at their father’s house so she could find a new partner.

While she seemingly found one in 1981, her boyfriend Robert Knickerbocker was already married with his own kids. Downs feverishly chronicled her affair in a diary while her children showed signs of malnutrition. Christie Downs didn’t know it yet, but her mother would soon be jilted — landing Christie in lethal danger.

How Diane Downs Shot Her Children In Cold Blood

Interested in surrogacy, Diane Downs signed a $10,000 contract in September 1981 and agreed to be artificially inseminated, according to The Washington Post. Born on May 8, 1982, the girl was handed over to her legal guardians. Downs repeated the process in February 1983, however, and spent three days at a fertility clinic in Louisville, Kentucky. 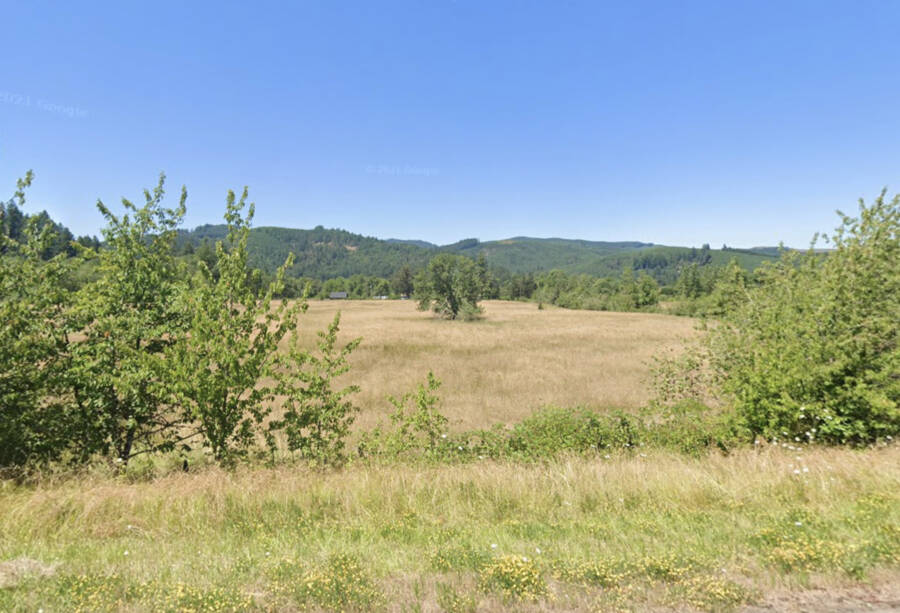 Google MapsThe side of Old Mohawk Road outside Springfield, Oregon.

Then in April, Diane whisked Christie and the rest of her family away to Springfield, Oregon. With an alleged promise that Knickerbocker would follow when his divorce was finalized, Downs was happy to be near her parents and even accepted a job at the U.S. Postal Service. But then, Knickerbocker ended the relationship.

Convinced it was because of her children, Diane Downs shot Christie Downs and her siblings six weeks later during a seemingly ordinary drive on Old Mohawk Road on May 19, 1983. Their mother pulled over, grabbed her gun, and fired one .22-caliber round into each of her kids. She then shot herself in the forearm and drove to the hospital at five miles per hour, hoping they would bleed out before she arrived.

“When I looked at Christie I thought she was dead,” Dr. Steven Wilhite of the McKenzie-Williamette Medical Center told ABC. “Her pupils were dilated. Her blood pressure was non-existent or very low. She was white… She was not breathing. I mean, she is so close to death, it’s unbelievable.”

Wilhite recalled Diane being emotionless when he told her that Christie had suffered a stroke and was in a coma. He was shocked when she suggested he “pull the plug” as Christie was likely “brain dead.” Wilhite got a judge to legally make him and another doctor Christie Downs’ guardians so they could treat her in peace.

Cheryl Downs had tragically already succumbed to her wound. Danny Downs survived but would never walk again. According to ABC, Wilhite recalled knowing within 30 minutes of speaking to their mother that the 28-year-old was guilty. While police never found the murder weapon, they found bullet casings in her house — and arrested her on Feb. 28, 1984.

Where Is Christie Downs Now?

When Christie Downs regained her ability to speak, the authorities asked who shot her. She replied simply, “My mom.” The trial of Diane Downs began in Lane County on May 8, 1984. To the shock of journalists and jurors alike, she was visibly pregnant. 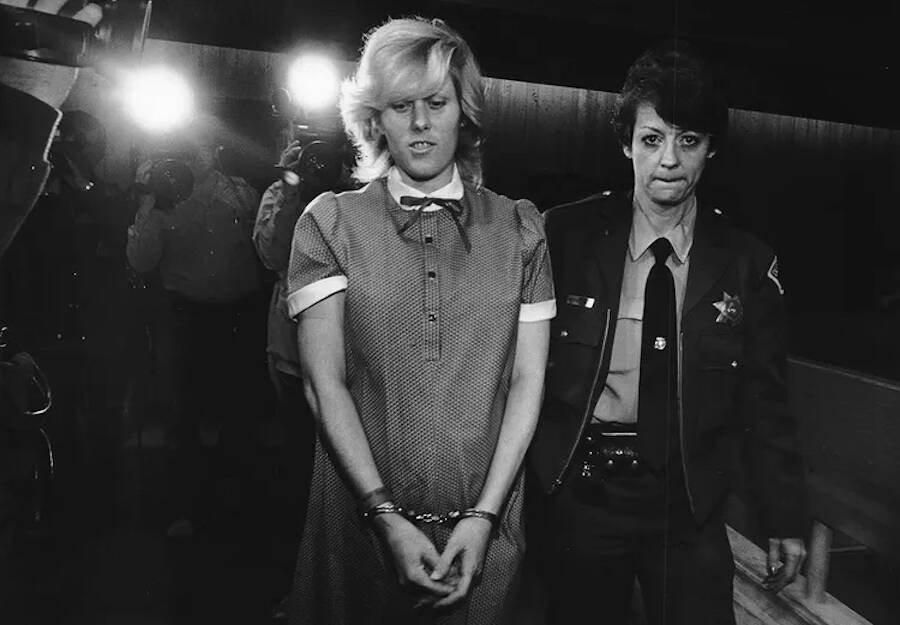 Lead prosecutor Fred Hugi argued she shot her kids to revive the affair with Knickerbocker. The defense, meanwhile, relied on the idea that a “bushy-haired stranger” was to blame. Charged with one count of murder, two counts of attempted murder, and criminal assault, Diane Downs was convicted on all charges on June 17, 1984.

Diane Downs gave birth to a girl named Amy Elizabeth on June 27 that same year. According to ABC, the infant became a ward of the state but was later adopted by Chris and Jackie Babcock and renamed Rebecca. To this day, she is the only one of Diane Downs’ children who has spoken publicly about her mother.

As for Christie and Stephen “Danny” Downs today, according to Heavy, Fred Hugi himself adopted the siblings, giving them a happy home and loving mother away from the spotlight.

While Christie Downs continues to suffer from a speech impediment, Heavy reported that crime author Ann Rule said that she has grown into a kind and caring mother herself. Happily married, she gave birth to a son in 2005 — and a daughter she named Cheryl Lynn in honor of her sister.

Diane Downs, meanwhile, continues to serve a life sentence. Her latest parole hearing in 2021 was denied.

After learning about the incredible survival of Christie Downs, read the shocking story of Betty Broderick, who shot her ex-husband and his lover. Then, learn about Susan Smith, the woman who drowned her children in a lake.