Inside The Grisly Case Of Cassie Jo Stoddart, The Teenage Girl Killed By Her Classmates — For Fun

Idaho teenagers Brian Draper and Torey Adamcik plotted the murder of Cassie Jo Stoddart for weeks in an effort to "be just like 'Scream.'" 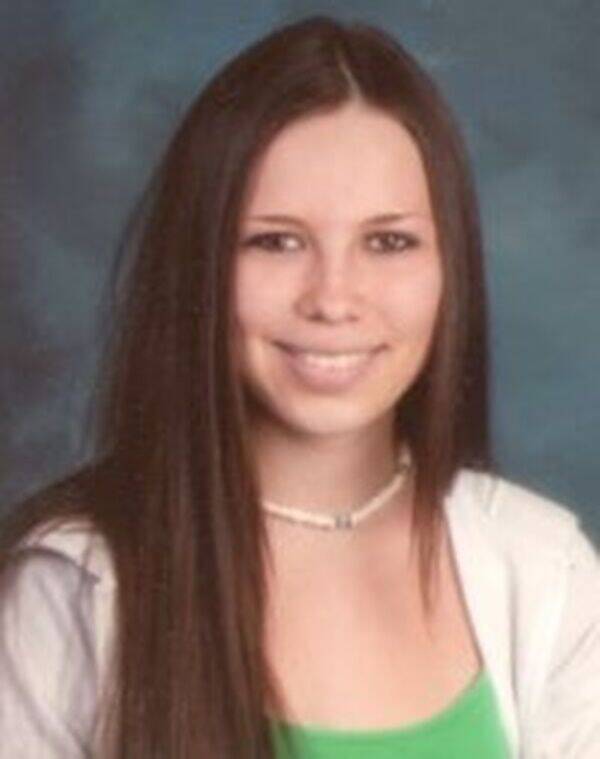 Reddit via family handoutCassie Jo Stoddart was just 16 when she was brutally murdered by two of her classmates.

High school student Cassie Jo Stoddart had the world ahead of her when her life was cut short by two of her classmates, Torey Adamcik and Brian Draper, who wanted to become world-famous killers.

Mimicking what they’d in the cult horror classic Scream, the two boys stalked and filmed Stoddart before stabbing her to death in September 2006. The killers even had the gall to document their crime on video — a move that would later come back to haunt them.

On Sept. 22, 2006, 16-year-old Cassie Jo Stoddart was house-sitting for her aunt and uncle just a few miles away from her own residence in Pocatello, Idaho. 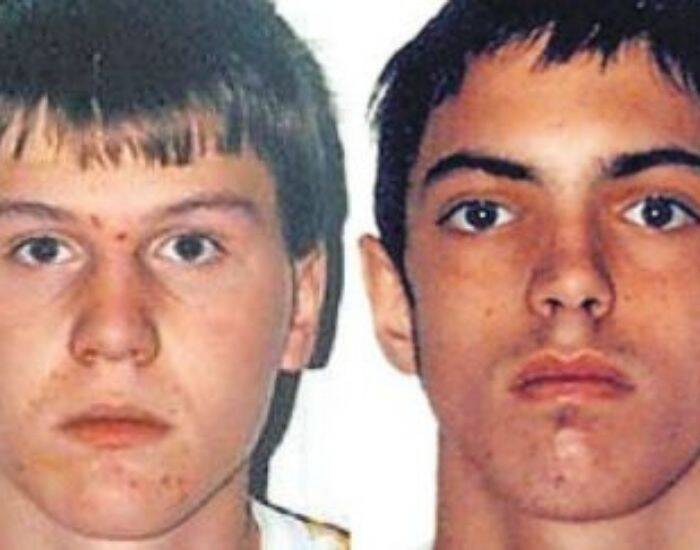 That night, Stoddart invited her boyfriend, Matt Beckham, to join her at the house. Beckham, in turn, invited his friend Torey Adamcik who brought along Brian Draper. The two boys were Pocatello-born and, unknown to anyone, were keeping a “death list” that contained the names of several of their friends and classmates.

One such name was “Cassie Jo Stoddart.”

The two boys spent about two hours at the house before leaving. But unbeknownst to Stoddart, Draper had unlocked the basement door so that he and Adamcik could sneak back in later that same evening.

When the two boys returned, they parked down the street, put on dark clothing, gloves, and masks. Then, they snuck back into the residence through the basement door while Beckham and Stoddart watched TV in the living room.

Draper and Adamcik proceeded to make loud noises in an effort to lure Stoddart and Beckham down to the basement “to scare them.” But when that didn’t work, the pair located the circuit breaker and turned off all the power in the house. 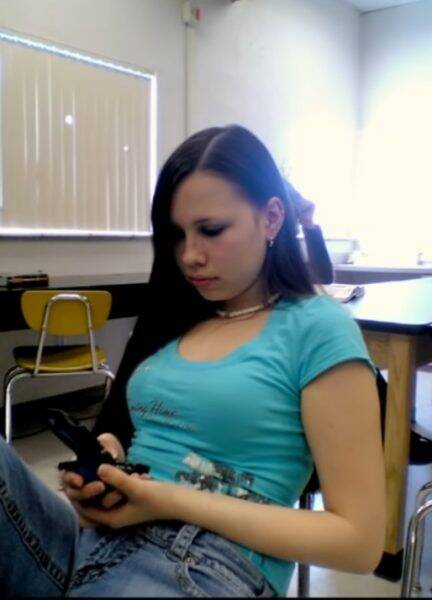 YouTubeStoddart was known among family and friends as a responsible student.

This frightened Cassie Jo Stoddart, whose boyfriend later remarked that one of the family dogs kept staring down the basement stairs, barking and growling at what seemed to be nothing. Beckham consequently called his mother, hoping to get permission to spend the night so Stoddart could be at ease.

But Beckham’s mother refused and offered, instead, to have Stoddart spend the night at the Beckham house. But ever responsible, Stoddart declined, saying she needed to be there for the pets and the home left in her care.

This decision would ultimately prove fatal.

At around 10:30 p.m., Beckham’s mother picked him up, leaving Cassie Jo Stoddart at the house alone. On his way home, Beckham called Adamcik’s cell phone to see where he and Draper had gone, hoping to meet up with them later that night.

But Beckham could barely hear Adamcik when he answered as he was talking in a low whisper on the phone. Beckham assumed that meant they were out watching a movie.

Of course, they were still in the basement below Stoddart. For a second time, the boys threw the circuit breaker and waited, hoping Stoddart would come downs to turn the lights back on. When she didn’t, the killers went upstairs.

Draper was armed with a dagger-style weapon, and Adamcik had a hunting-type knife in his hands.

Draper opened and slammed a closet door hoping to scare Stoddart, who was asleep on the couch. When this attempt to frighten her failed, Draper and Adamcik attacked. The two stabbed her approximately 30 times, 12 of which were fatal.

Forensic pathologist Dr. Charles Garrison later testified that most of the fatal wounds struck the right ventricle of Stoddart’s heart.

The killers left her body to bleed out and fled.

The Disturbing Videotape That Revealed A Nefarious Plot

The following day, Beckham and Adamcik met up while Beckham repeatedly tried to call Stoddart. Her body wasn’t recovered until two days after her murder on Sept. 24, 2006.

The responding officers noted that Stoddart’s body was covered in blood and riddled with deep lacerations and stab wounds.

It didn’t take long for investigators to determine that Torey Adamcik and Brian Draper were the last people to see Cassie Jo Stoddart alive.

Torey Adamcik was interrogated that same day, and he initially told detectives that he and Draper had gone to the house at approximately 8:30 p.m. to attend a party. When the party never materialized, he and Draper left the house to catch a film, after which both boys slept at Adamcik’s house.

But when the detectives probed Adamcik about the movie he had reportedly seen that night, he couldn’t remember anything about it.

Three days later, Brian Draper led law enforcement to a stash of evidence he’d buried in the Black Rock Canyon area. The evidence included two dagger-style knives with sheaths, a silver and black-handled knife with a smooth blade, a folding knife, a red and white mask, latex gloves, and a damning videotape that contained footage of both killers explicitly planning Stoddart’s murder.

The tape also included footage of them later reacting to having killed her. 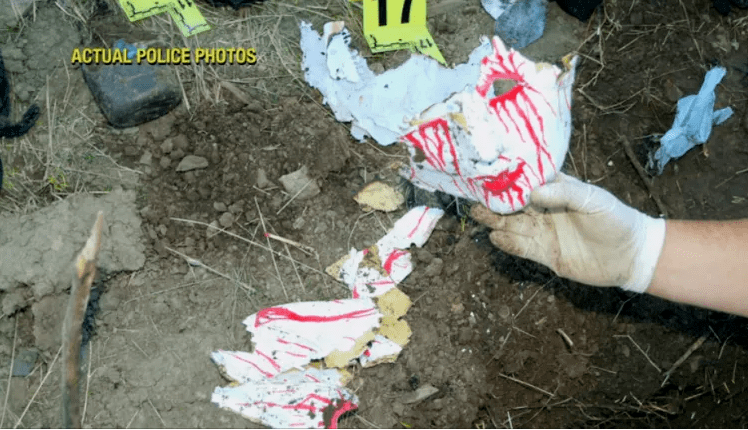 YouTubeThe mask the killers wore during their murder.

“Just killed Cassie!” Draper was heard saying. “We just left her house. This is not a fucking joke. I stabbed her in the throat, and I saw her lifeless body.”

The transcript of the tape — which was later read out loud in court — demonstrated the callousness of the pair, with Draper also exclaiming how they’ll make history by becoming notorious serial killers.

They referenced notorious serial killers like the Hillside Strangler, the Zodiac Killer and Ted Bundy.

They also mentioned being inspired by Eric Harris and Dylan Klebold, the Columbine High School shooters, and the horror film Scream, in which several teenagers are killed by a mutual friend.

Justice For Cassie Jo Stoddart And Her Family 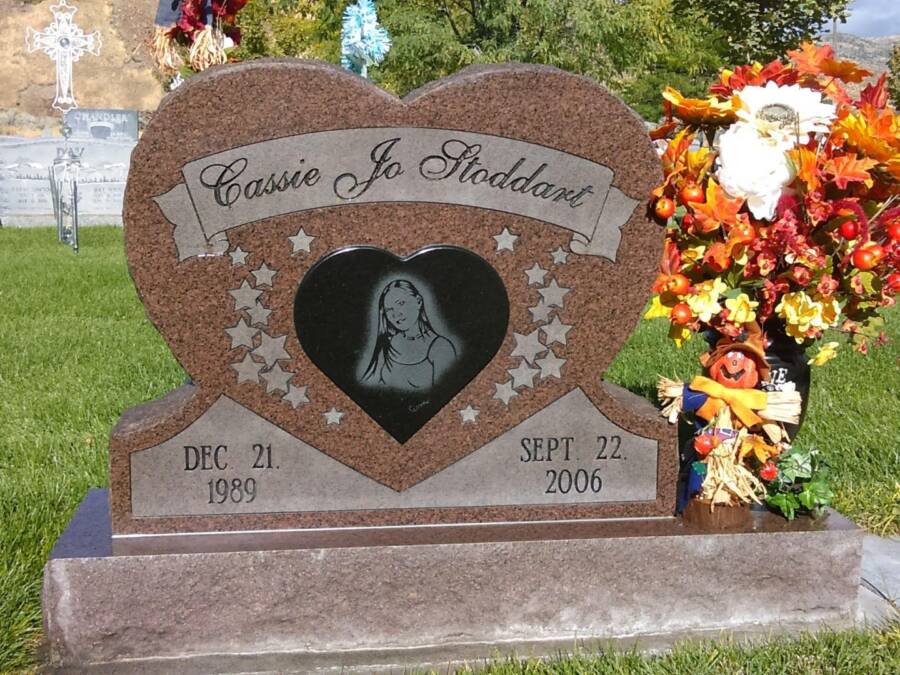 On April 17, 2007, Brian Draper was found guilty of first-degree murder and conspiracy to commit murder. “One down, one more to go,” Stoddart’s grandfather Paul Sisneros said at the time. Her mother, Anna Stoddart, merely said, “I’m just happy. My baby got her justice.”

Both received life sentences in prison without the possibility for parole plus 30 years to life for the conspiracy behind their brutal slaying. Adamcik and Draper are still serving their sentences at the Idaho State Correctional Institution.

In September 2010, an appeal was filed on behalf of Adamcik and one for Draper in April 2011. Their initial appeals were denied, and as of this writing, both killers are appealing their convictions in higher courts.

After learning about the brutal murder of Cassie Jo Stoddart, read about the real killers and profilers behind “Mindhunter”. Then, take a look at the disturbing story of the Slender Man stabbing, a murder chillingly carried out by two young girls.

Danielle Tinning
A freelance writer from the UK, Danielle Tinning studied media & communications at the University of Cumbria before beginning her career at a small publishing house in 2013. She has since published several books and her writing interests include culture and true crime, on which she has a book due out in 2022.
You might also like
Remove Ads
×
Follow hu On