Cats Can Learn Each Others’ Names And Those Of Their Owners, Study Says

The study might give millions of cat owners around the world a reason to rejoice, as their pets are not only more attentive than they thought — but literally know their names. 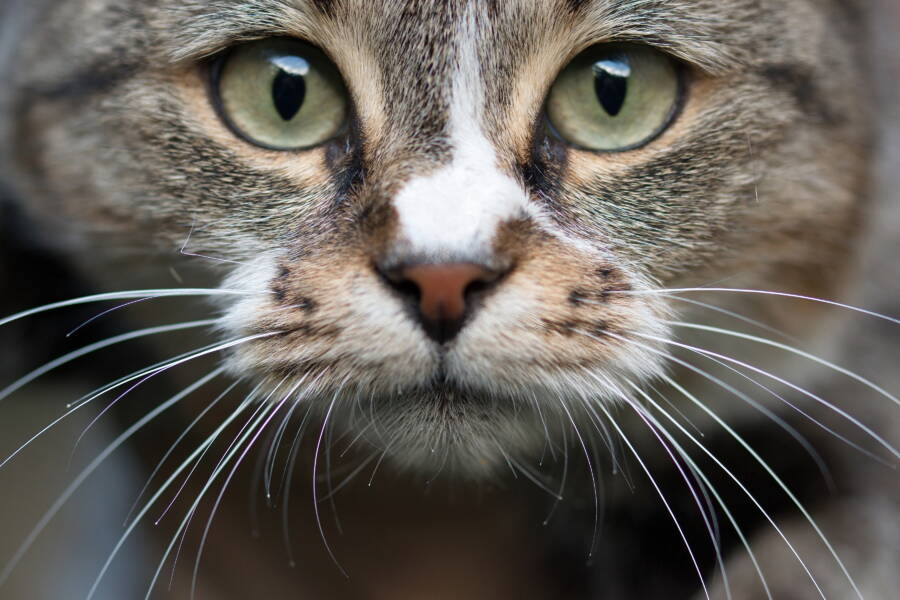 Cats are commonly cherished for their independence. Felines require far less attention than dogs, after all. However, while they seemingly traipse around their owners’ homes without paying attention, experts have just suggested they’re highly observant — and recall the names of their owners and fellow household cats.

According to VICE, that conclusion was made by Japanese researchers at Kyoto University in April. Their furry subjects consisted of 29 cats who lived in so-called “cat cafes” with plenty of other felines and 19 who lived in homes with at least two other feline friends.

Published in the journal Scientific Reports, the study used a very simple methodology to analyze cats’ ability to know or learn names.

With one cat propped in front of a computer, experts displayed the face of a familiar cat and played audio of its owner calling the correct name or the name of another cat that didn’t match the one on screen. If the two factors didn’t match, the cat observing all this spent more time staring at the screen — as though something was wrong.

“What we discovered is astonishing,” study author Saho Takagi told The Asahi Shimbun. “I want people to know the truth. Felines do not appear to listen to people’s conversations, but as a matter of fact, they do.” 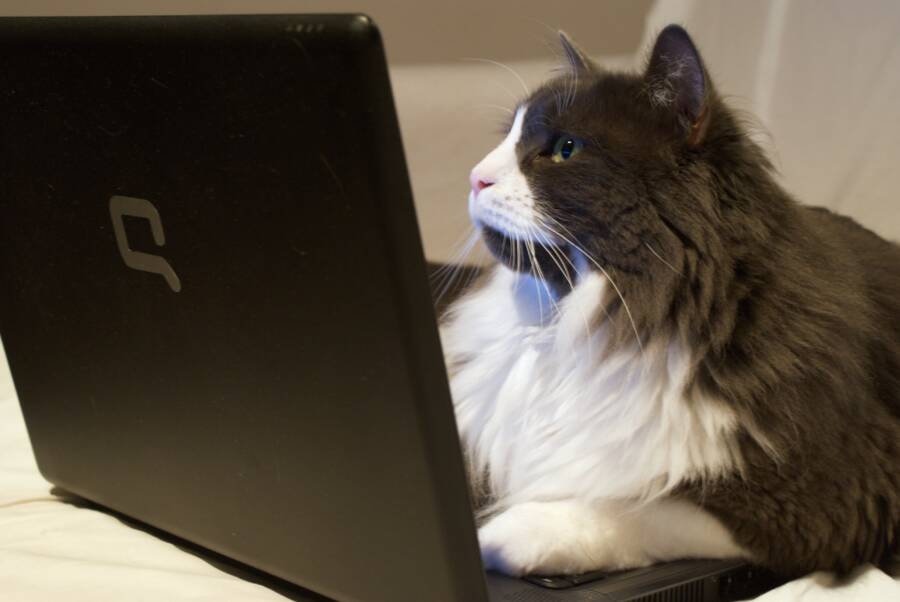 Wikimedia CommonsThe study used a laptop to show a cat subject the face of a familiar cat and play an audio recording of their name — or that of another.

While some claim curiosity killed the cat to warn of unnecessary investigation, inquisitiveness has only emboldened Takagi. According to Salon, the Ph.D. student published a study last year showing cats are confused when they hear but don’t see a familiar cat. Her latest study, meanwhile, was more complex.

They discovered that the household cats appeared visibly puzzled when the audio recording uttered a different name than that of the cat displayed on the monitor. Researchers believed this suggests that cats were anticipating hearing the cat’s name on screen, only to gawk in confusion when an image appeared that wasn’t the cat they expected.

“These results indicate that only household cats anticipated a specific cat face upon hearing the cat’s name, suggesting that they matched the stimulus cat’s name and the specific individual,” said the study. “Cats probably learn such name-face relationships by observing third-party interactions.”

The study explained that cats are “highly unlikely” to have developed this name-face recognition from threats of punishment or promises of reward. Instead, experts believe this skill results from “a form of social learning” fostered by the amount of time these cats have spent living together in the same household.

“Cats basically do not engage in referential vocal communication within the same species, so this may be an ability seen in the evolutionary process from wildcats to cats,” said Takagi. “It may be the result of selection pressure to coexist with humans.” 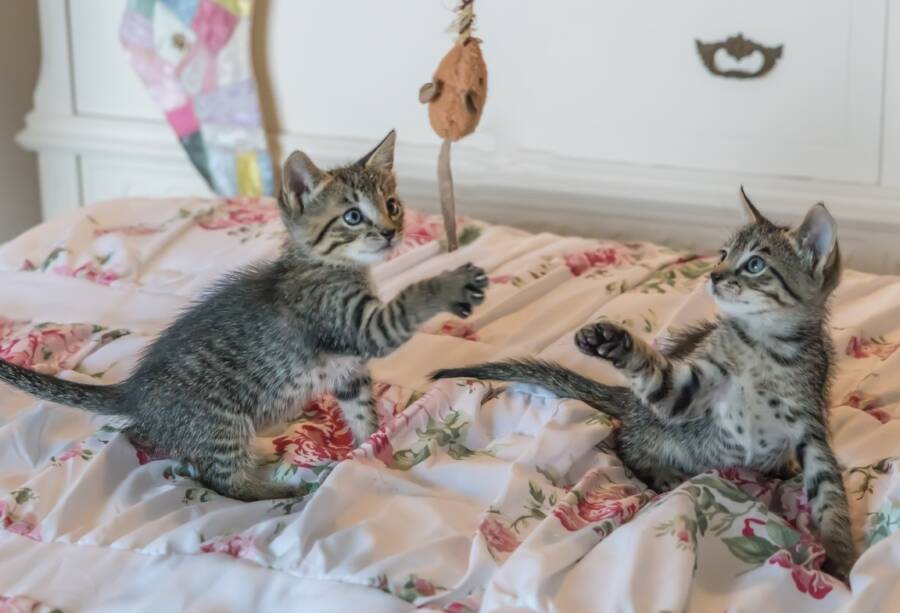 PxHereThe study showed that mismatched audio recordings and images left cat subject’s puzzled — while the correct match-up of names and faces did not.

Evolution is likely at the root of this behavior, as scientists have previously discovered that cats feel emotional attachments to their peers and their owners. According to veterinarian Dr. Stacy Choczynski Johnson, this sense of kinship drives cats to learn those names and remember them.

“Cats certainly feel attachment to their owners which could be considered a form of affection or love,” she said. “Even outdoor feral cats form an attachment bond because we provide food and shelter. We also bond with our cats through play and entertainment.”

Those skeptical of this study may have warranted reason as a sample size of 19 domestic cats might prove too small to be significant. According to IFL Science, however, the research did show that cats who lived with each other and their owners for longer periods of time than their peers recognized their fellow felines faster.

However, while the scientists think that cats learn these names and faces by observing each other and their owners, researchers “could not identify the mechanism of learning” involved. For now, they acknowledged that exactly how cats learn other cats’ names and faces remains an “open question.” In that sense, this study is a mere appetizer of research to come — as our current understanding is still shrouded in mystery.

Still, Takagi told Salon, “We have found that cats listen carefully to human speech. I think cats and humans can get along better by talking to each other a lot and communicating.”

After reading about the study suggesting cats can learn each other’s names, learn about the groundbreaking study uncovering how cats spread around the world. Then, read about the “Croydon Cat Killer” that terrorized London.