The object discovered by Matthew Decker looks like an intricately carved wooden ax — but it's actually a quirk of nature. 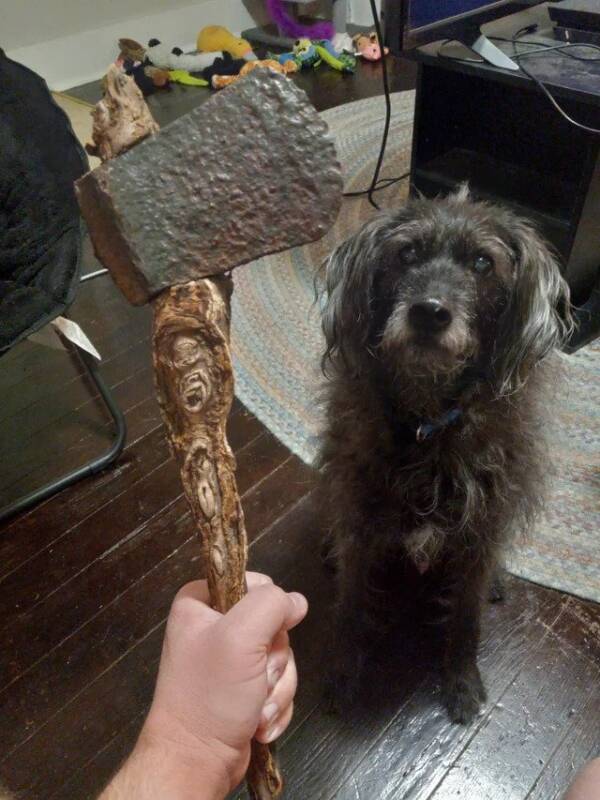 After sitting with a strange find he unburied in his yard for over a week, Matthew Decker decided to share it with the world. On Reddit, he posted a picture of what looked like an elaborately designed ax — but what actually turned out to be an old hatchet head with a tree root through it.

“A tree root that grew through an old metal hatchet head I found unburied after a big storm still attached to a living root,” Decker wrote on the thread.

Comments swiftly poured in about the “ax” with other Reddit users making jokes about Thor, Thanos, ancient battles, and mythical powers. But Decker told NPR that his discovery of the ax is a perfectly normal story.

It was a rainy day, he explained, when he and his wife noticed the object sticking out of his front lawn in Kansas.

“We jumped out and I gave it a good few kicks and uncovered more root,” Decker told NPR. “Then I grabbed it and gave it a strong bend and snap, there it was. I took it inside, gave it a wash, and held it up to the light with wide eyes. I had never done anything like this before and I was astonished.”

Decker added, “I’m a huge Lord of the Rings fan and avid Elder Scrolls: Skyrim and Oblivion player, so I was stoked. From the very first moment I picked it up, it had a very special weight to it.”

But the ax wasn’t a mythical object at all. It was a quirk of nature, a hatchet head left in the earth, and penetrated by the root of a tree in Decker’s yard. 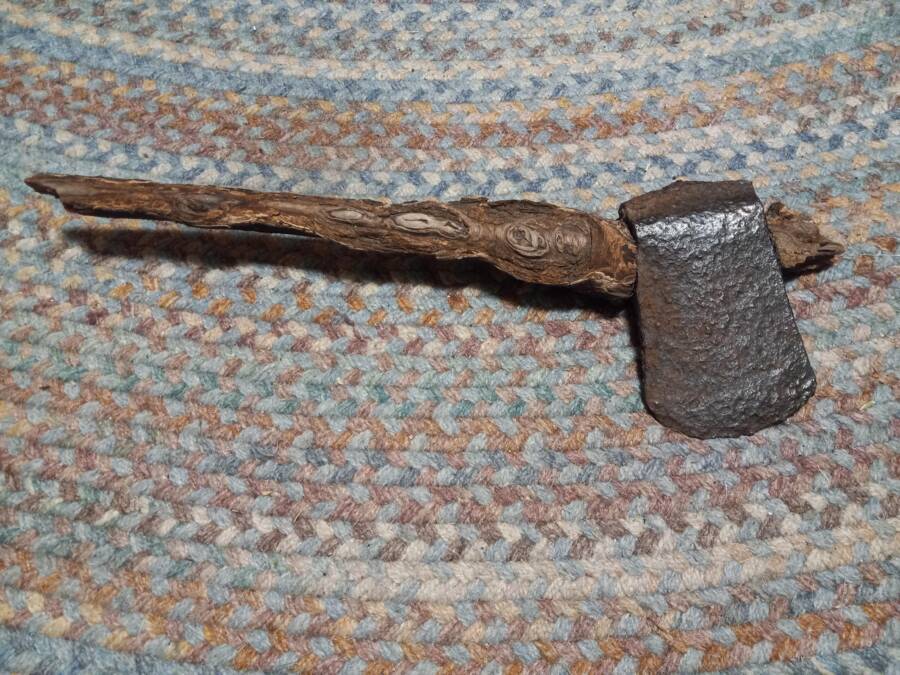 Matthew Decker/RedditThe object looks like an ax, but it’s actually just a hatchet head with a tree root grown through it.

If that strikes you as surprising, you’re not alone. NPR reached out to Brian Kane, a Massachusetts Arborist Association and a professor at the University of Massachusetts, to see what he thought about the likelihood of a root growing through an object like a hatchet head.

“It’s certainly possible for this to happen,” Kane told NPR, noting that while Decker’s photos appeared legitimate, it was possible that they’d been photoshopped somehow.

He added, “The root appears to be growing in a way that one would expect it would, giving it obstacles like the ax head in its way. Roots are basically growing longer and branching out like branches on the top parts of trees as long as there is water, moisture, and soil.”

In the end, Kane said, it was definitely conceivable that a root had grown through a hatchet head. Why not? All it would take, he explained was for soil to cover the hatchet, and for a root to eventually coil through it.

“What you can see is kind of like a little bit of swollen tissue that follows the line of the ax head,” Kane told NPR. “That’s exactly what you would expect to happen if a root was growing and detected something in its way. Like a root growing around a rock.” 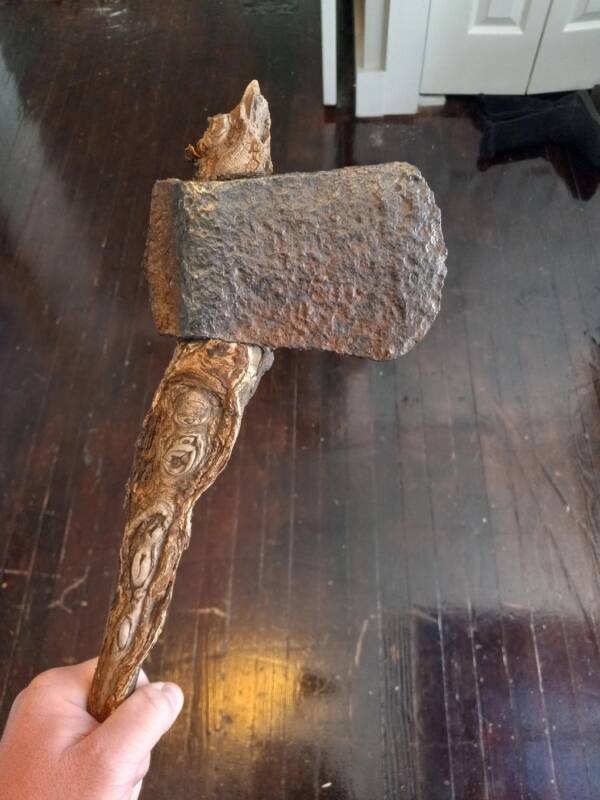 Matthew Decker/RedditAn expert called upon by NPR said that it was “certainly possible” for a root to grow through a hatchet head.

Decker, for his part, is thrilled about the attention given to his find. The picture of the “ax” he posted on Reddit went swiftly viral and even appeared on the forum’s front page.

“The attention it’s getting is wild!” Decker told NPR. “I never expected it! I’ve never had a post go viral before so I was taken aback!”

That said, he doesn’t plan to keep the object.

“I love it dearly but our car hasn’t been doing too well lately, and we’re paycheck to paycheck as it is,” he told NPR.

“So I’m hoping for a sweet deal on it, probably take it to a museum or an antique store. I’m not totally sure yet. But I’m appreciating every moment with it right now until it’s gone, that’s for sure.”

Possession of the ax, it seems, like 15 minutes of Internet fame, is fleeting.

After reading about the tree root ax found in Kansas, discover the story of Stuckie, the mummified dog stuck in a tree for over half a century. Or, learn about the Dark Hedges, Ireland’s tree tunnel made famous by Game of Thrones.