According to a Harris poll, 42 percent of Americans believe in ghosts. These celebrity ghost stories prove that there are some rather famous believers out there. 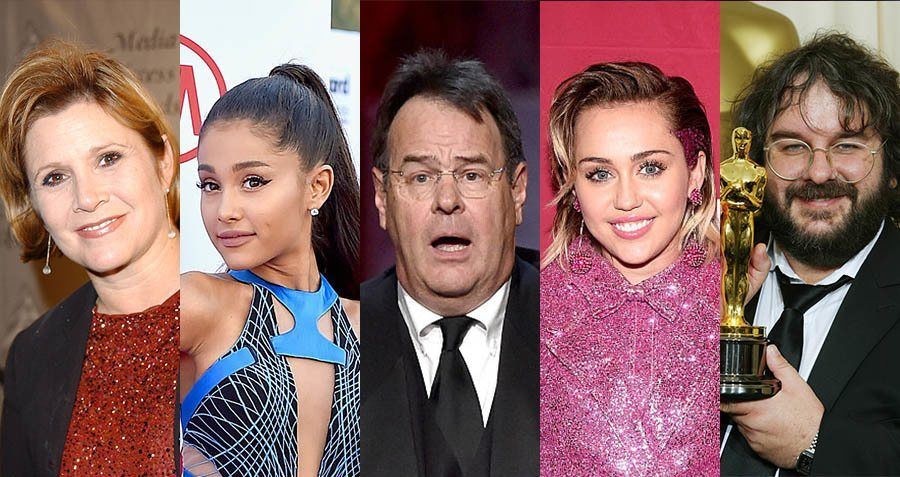 Actors make it their life’s work to make fiction so compelling that their audience believes it to be real. Given the nature of the trade, you might think that actors would be some of the first to cast doubt upon the existence of ghosts, another fiction whose narratives are so mesmerizing that many people believe they exist.

Still, it seems that a handful of actors and public icons — including, funnily enough, a former Ghostbuster — claim to have had a few paranormal encounters of their own, with stories so chilling they’d make for a great movie: 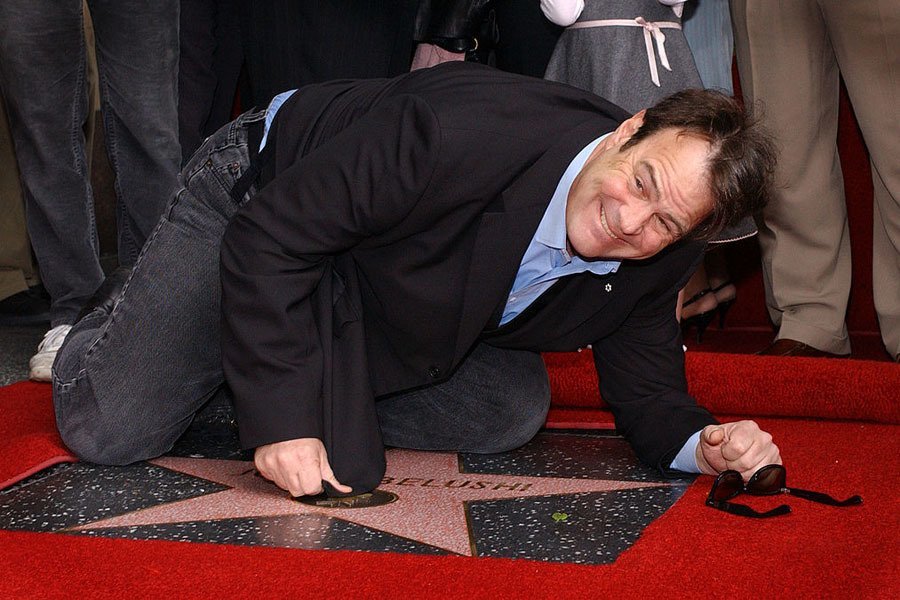 An original Ghostbuster, Dan Aykroyd told Esquire magazine in 2013 that he once lived in a Hollywood home haunted by Mama Cass of The Mamas and the Papas.

“I’m pretty sure there were two spiritual presences in that house.” Aykroyd said. “Mama Cass herself …and another guy who died…next to the house and was buried there.”

Aykroyd reported multiple encounters with the ghosts. “I had several experiences. I saw things moving around on our counter, and doors opening and closing…Somebody crawled in bed with me once,” Aykroyd added. The actor doesn’t think his spectral sleeping partner was Mama Cass, though:

“I think it was the other guy. I was alone in the house and decided to take a nap. I closed the door to the bedroom but didn’t lock it. I woke up…I saw the door open, and I rolled over and looked at the bed, and I saw the depression in the mattress, like somebody was getting in there. And I thought, ‘I’m just going to roll over and snuggle up next to it.’ I’d be surprised if I was his type, but when you’re dead, you’ll take what you can get.”

As it turns out, interest in the paranormal runs in the family. Aykroyd’s father has actually written a book called A History of Ghosts: The True Story of Séances, Mediums, Ghosts, and Ghostbusters. In it, he describes the true events that inspired his son to make Ghostbusters. 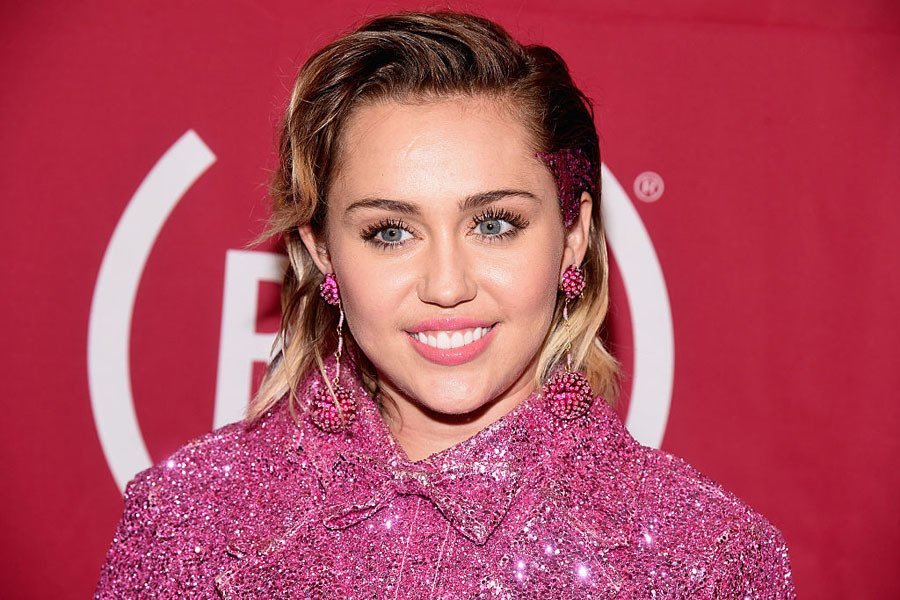 Dave Kotinsky/Getty Images for The ONE Campaign

Miley Cyrus claims to have had a paranormal encounter so chilling she had to relocate from her London apartment to a hotel. It all started when her little sister screamed in the bathroom.

“One night, my little sister…was standing in the shower and all of a sudden, I hear her scream,” Cyrus told Elle UK. “I run in there and the water had somehow flipped to hot but she hadn’t turned it and it was burning her. She was really red.”

It was then that Cyrus said she thought she saw the image of a little boy. “I could see this little boy sitting there on the sink, kicking his feet,” she said.

Soon after, Cyrus and her entire family relocated from the apartment building, a former bakery, to the Soho Hotel. They then learned that there might actually be something to Cyrus’ vision.

“We found out that there was this older man that owned it [the bakery] and his son lived with him there, and I guess the wife died,” Cyrus said. “So it was just the son and the dad that lived there in the bakery, and then the dad died and the son took over the bakery, and I thought I was seeing the son.” 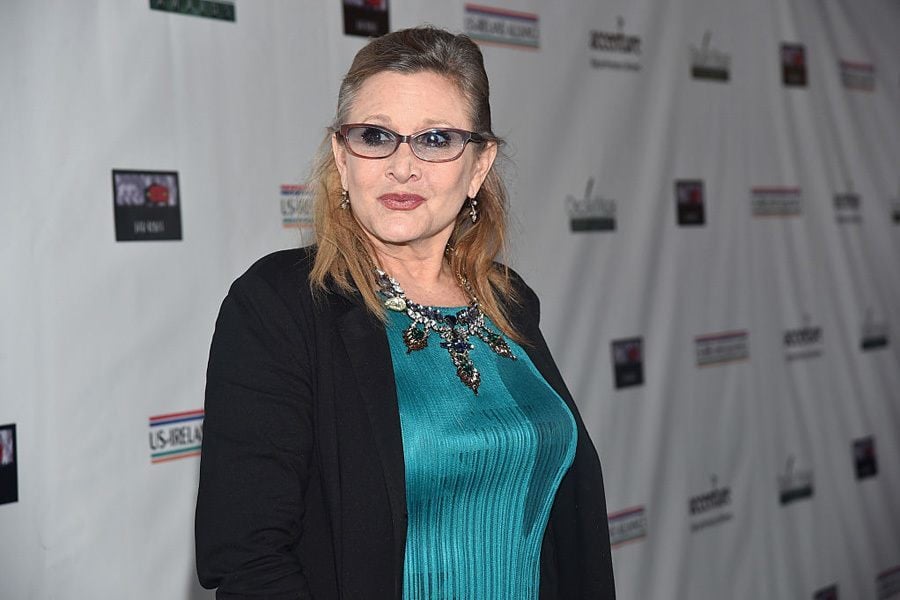 The actress best known for playing Princess Leia in the Star Wars saga claims to have had an eerily personal experience with the paranormal back in 2005.

At the time of her encounter, her good friend, a 42-year-old Republican strategist named R. Gregory Stevens, was visiting her. After a late night awards show party, he crawled into Fisher’s bed, where they chatted for a bit and both fell asleep. The next morning, Fisher awoke and found Stevens dead from an overdose.

The situation was difficult enough, but later Fisher would hear odd noises in the house — and her friends heard them, too. Fisher says that she always felt Stevens’ presence after that fateful night. As Fisher recounted to Vanity Fair in 2006, “Lights would go on and off, and this [talking] toy machine [I had] would go off in the night, by itself, in my closet.” This was the same closet in which Stevens’ clothes still hung.

A psychic later told Fisher that since Stevens was taken so abruptly and so young, his soul was reluctant to accept his departure — hence his “presence” in her home.

Though Fisher has implied Stevens’ ghost made her a bit crazy, she also understood the spirit’s need to stick around. In her appearance on the show Celebrity Ghost Stories, Fisher said that for a ghost, “it makes sense to stay around people you love until it’s time to accept things and move on.”