Researchers believe that the creatures were suffocated by volcanic ash while sleeping in their underground den. 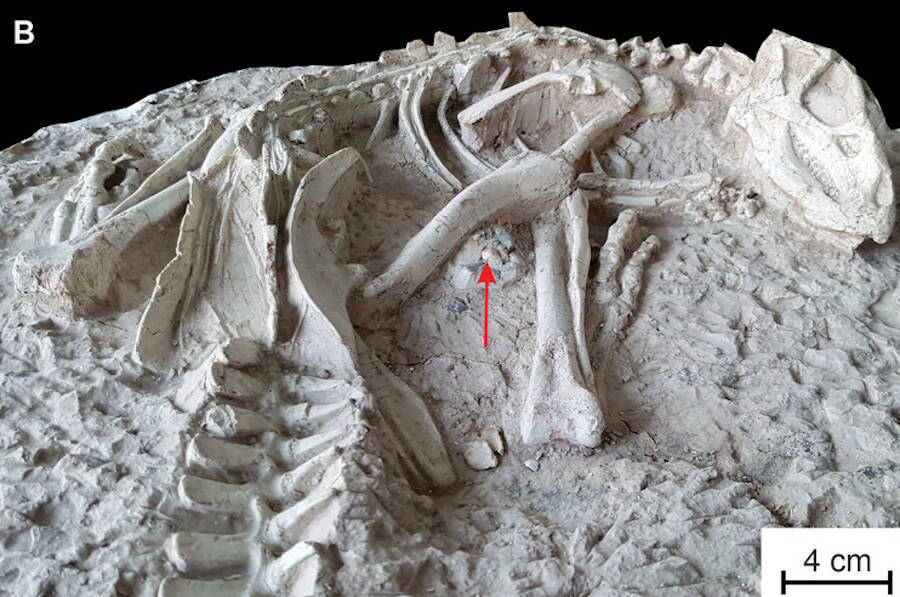 PeerJOne of the two Changmiania-liaoningensis fossils, with the red arrow indicating what could be the remains of the specimen’s last meal.

Archaeologists in China have just uncovered two remarkably well-preserved fossils of a new dinosaur species that were trapped underground for 125 million years by a prehistoric volcanic eruption.

Researchers believe that the dinosaurs were burrowers who lived in deep underground dens, and that their nest likely became their tomb when they were sealed underground by lava and ash. They were fittingly dubbed Changmiania liaoningensis, or “eternal sleeper from Liaoning.”

According to CNN, the specimens were found in the modern-day Lianoning Province in the Lujiatun Beds, which are the oldest layers of China’s geological Yixian Formation.

“These animals were quickly covered by fine sediment while they were still alive or just after their death,” said paleontologist Pascal Godefroit of the Royal Belgian Institute of Natural Sciences. “So we believe that both Changmiania specimens were trapped by the volcanic eruption when they were resting at the bottom of their burrows 125 million years ago.” 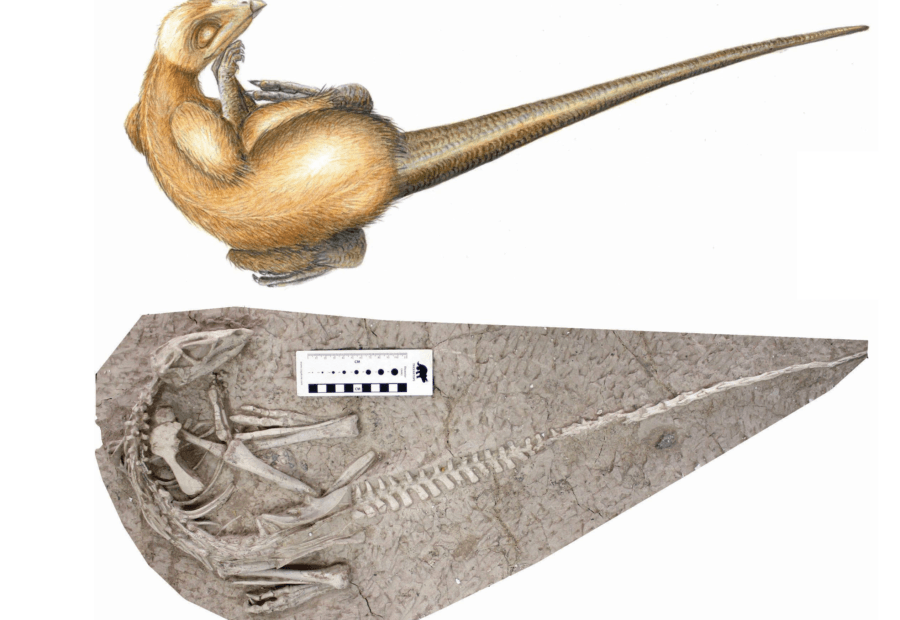 Carine CiseletOne of the two perfectly preserved fossils, with an artist’s impression above.

Godefroit explained that the dinosaurs are the the “most primitive ornithopod dinosaur to date.” Ornithopods are herbivorous dinosaurs that can walk on two legs. These creatures had tails, shovel-shaped snouts, were about four feet long, and had “very powerful legs,” suggesting that they ran quickly and walked upright.

It is thought that this new species was perhaps similar to the Bernissart Iguanodons, which were gigantic herbivores with spiked thumbs, as well as duck-billed dinosaurs. Godefroit added that they were likely from the Cretaceous period, which was between 145.5 and 65.5 million years ago. The new species has since been classified and published in the journal PeerJ.

“However, certain characteristics of the skeleton suggest that Changmiania could dig burrows, much like rabbits do today,” he added. “Its neck and forearms are very short but robust, its shoulder blades are characteristic of burrowing vertebrates and the top of its snout is shaped live a shovel.”

According to the study, it is believed that the prehistoric ornithopods were resting when they were killed because of their posture. Both specimens appear in “perfect lifelike postures” in a prone and restful state. The excavation site itself showed no traces of weathering or scavenging by other animals.

Interestingly, the burrowing dinosaurs are believed to have perished in the same way as the victims of Pompeii who were killed by the eruption of Mt. Vesuvius in 79 A.D. Their death would have been harrowing and unpleasant, as clouds of ash would have instantly covered anything living in the prehistoric Liaoning forest. Indeed, death by volcano was in every was gory. According to a 2018 study, the residents of Pompeii living closest to Mt. Vesuvius likely died when their blood boiled and their skulls exploded after the eruption released an excruciating wave of scalding heat.

However, the falling ash at Pompeii, as in the case of these dinosaurs, preserved whatever it coated. In recent years, scientists have even found a pristinely preserved horse in Pompeii. 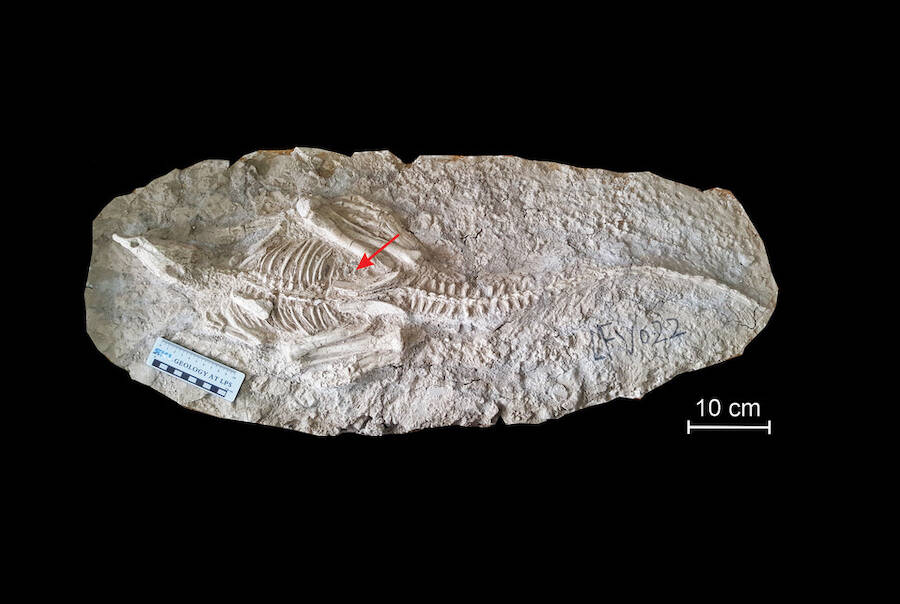 PeerJThe ancient ornithopod was about four feet long, had a tail, and a snout shaped like a shovel.

This is just the latest in a slew of dinosaur-related discoveries this year. In May 2020, scientists discovered a new species of dinosaur with a star-shaped skull which they named Stellasaurus or “star lizard” after David Bowie. And in June 2020, scientists successfully dissected the mummified stomach of a 110-million-year-old nodosaur and determined its last meal.

Furthermore, this isn’t the first time archaeologists have uncovered such exciting dinosaur fossils in the region of Liaoning. To the contrary, the Lujiatun Beds have yielded hundreds of fossils of feathered dinosaurs for more than a generation. As the oldest layers of the Yixian Formation, they are laden with prehistoric, well-preserved specimens that appear frozen in time.

Ultimately, the Yixian Formation has yet again proven itself as a source of untold historical data. With yet another batch of invaluable fossils unearthed from its stone, there’s really no telling what else researchers might find in the region as time goes by — and what might be revealed about our planet’s past.