The Stellasaurus or 'star lizard' roamed the badlands of Montana some 75 million years ago. 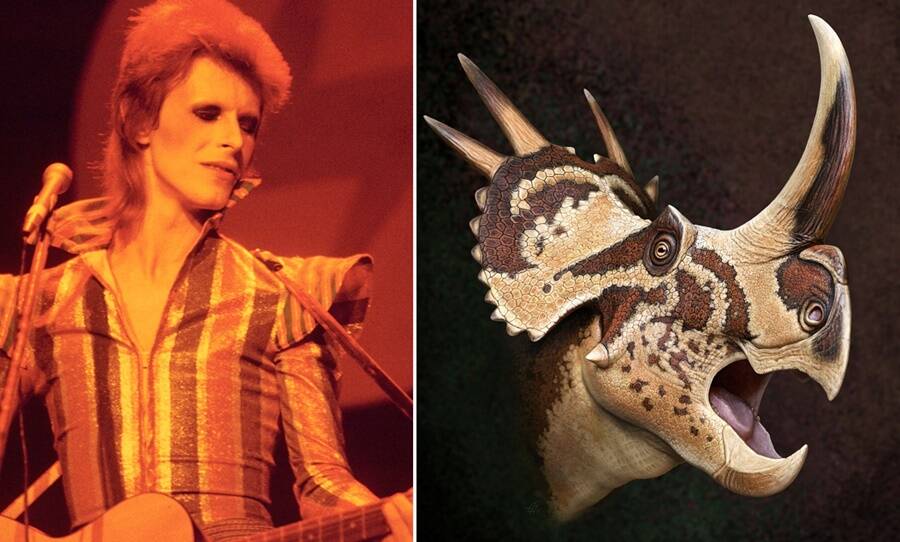 It’s no secret scientists take personal liberties in naming their discoveries. For a newly discovered dinosaur that sported some flamboyant headgear, scientists chose the name Stellasaurus or “star lizard” in honor of the true Starman himself, David Bowie.

According to the Daily Mail, fossils unearthed in Montana belonged to a dinosaur that roamed the territory some 75 million years ago. The dinosaur possessed a parrot-like beak, a horn on its nose, bony frills, and a ‘star-like’ skull.

The dinosaur genus was given the name Stellasaurus ancellae. The first word is derived from a combination of the Latin word ‘stella’ meaning ‘star’ and ‘saurus’ which is Greek for ‘lizard.’ It will henceforth be the first member of the new genus of Stellasaurus.

A study on the new star lizard was published in Royal Society Open Science in late April 2020.

The Stellasaurus belongs to the ceratopsians, a group of plant-eating beaked dinosaurs which includes the similar-looking Triceratops. During the Cretaceous period, Stellasaurus stomped around the Earth alongside other ferocious dinosaurs like the Tyrannosaurus rex and raptors. 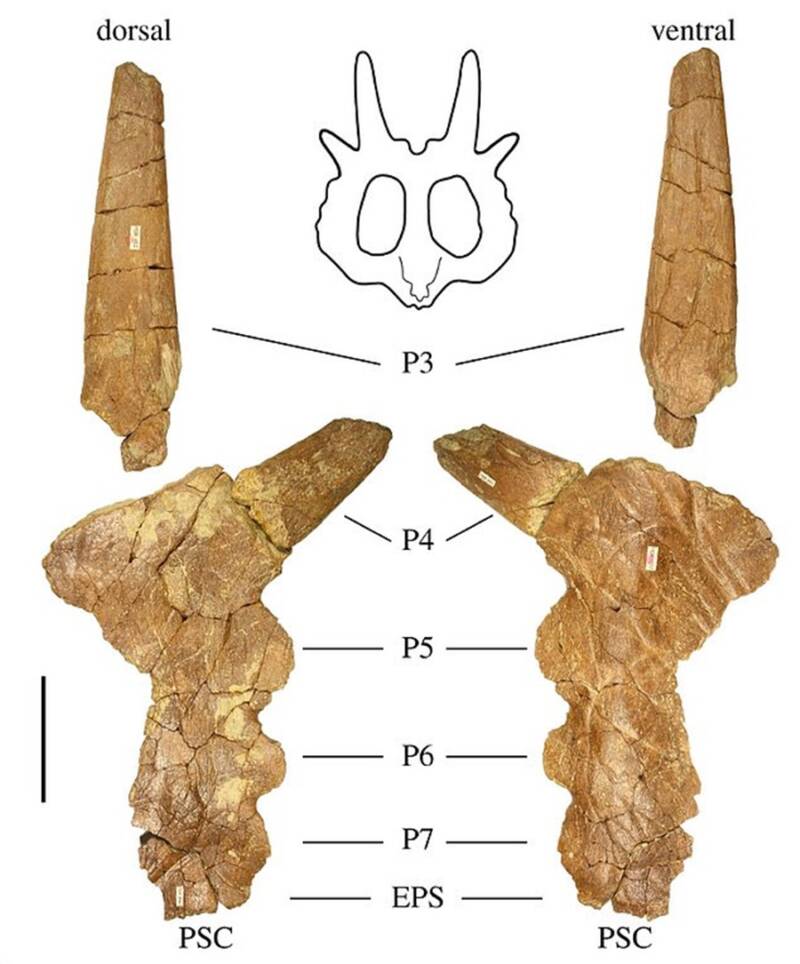 Wilson et alAn isolated partial skull of the ceratopsid with the main bone in the frill at the back of the head.

The name of the new dinosaur is a reference to its star-like features and an homage to Bowie, whose song “Starman” was a 1972 hit.

Like Bowie’s glam fashions, this dinosaur’s skull was covered with intricate ornaments that were sure to attract attention. Its skull featured a long, upright horn above the nose, pointed horns above the eyes, and a frill at the back of the head with four spikes.

“Ceratopsids evolved many different forms of ornamentation on their heads including horns above the nose, eyes and large bony frills which projected from the back,” Wilson said.

Their horns and frills were unique and varied between different individuals, he explained, similar to peacocks that each have their own unique set of tail feathers to attract a mate. 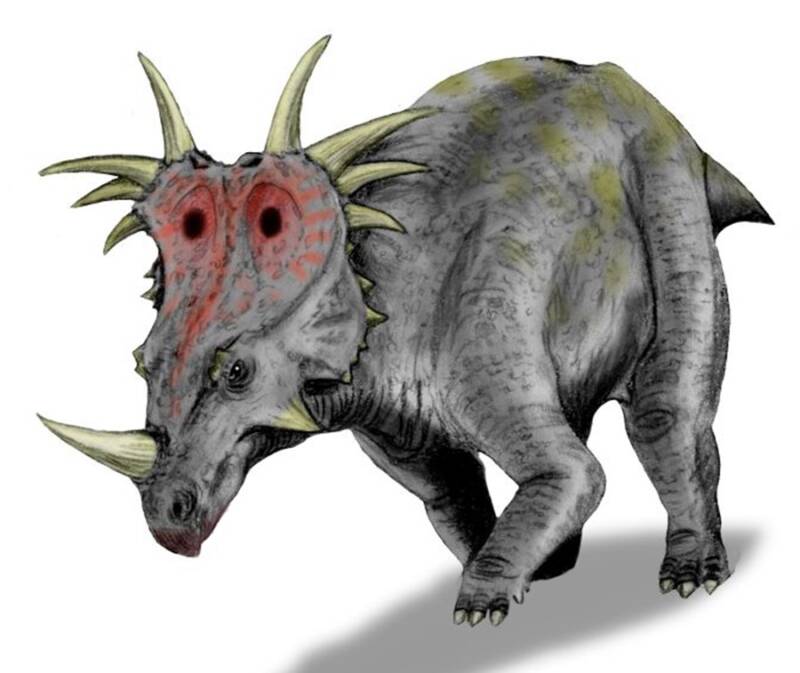 The fossils of the Stellasaurus were first discovered in the town of Cut Bank, near the border between U.S. and Canada in 1986 by paleontologist Carrie Ancell. However, like many fossil artifacts that remain unexamined in museum archives, this ‘Bowie dino’ is only just being reexamined and was finally declared a new species.

“The ornamental horns and spiky frills on the skulls of these animals are what changed the most through evolution,” Wilson said. “The new species has skull ornamentation which is intermediate…This gives us evidence these species are members of a single, evolving lineage – this type of evolution is called anagenesis.”

This hypothesis of evolution was first proposed by the famous paleontologist Jack Horner in 1992. But his theory was not confirmed until the discovery of the Stellasaurus.

“The science of Stellasaurus is remarkable and tells the story of millions of years of unbroken evolutionary change within a single lineage,” Wilson said.

So you can add evolution to the list of things the Stellasaurus shares with its namesake — an unforgettable artist whose career went through many “ch-ch-changes.”

After learning about the newly-discovered Stellasaurus dinosaur named after rock icon David Bowie, read about the largest dinosaur footprint ever found. Then, learn about the Nodosaur dinosaur ‘mummy’ unveiled with its skin and guts intact.