While the practice of burying chariots may not have been unusual for the time period, finding horses and a driver included in the burial is.

“We can confirm that a significant archaeological discovery, featuring an Iron Age horse-drawn chariot, has been made at our development, The Mile in Pocklington. Careful excavation is ongoing by our archaeologists and a thorough investigation is in process to date and detail the find.”

Usher said that he would not comment on the significance of the chariot discovery until the investigation is complete. He also said that the chariot will be featured in the upcoming BBC Four series, Digging for Britain. 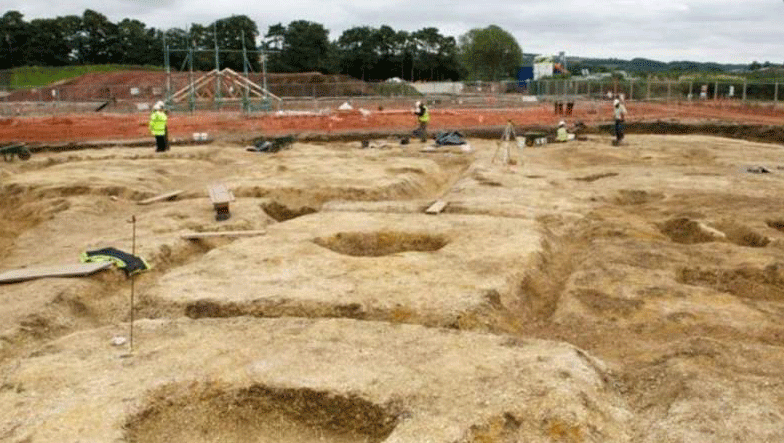 Archeology & ArtsThe construction site where the chariot was found.

This isn’t the first time that a buried chariot has appeared in this region of England. In 2017, a different chariot was found along with the horses attached to it. This latest find, however, had the rider included.

It became all the more clear to archaeologists just how common this practice of burying a chariot with its horses attached was, seeing as just 18 months after the first chariot was found, another similar burial site was discovered in the same town.

The remains of the 2017 discovery were believed to date back to 500 B.C. and were the first of its kind in the last 200 years and one of only 26 such chariots ever excavated in the U.K. 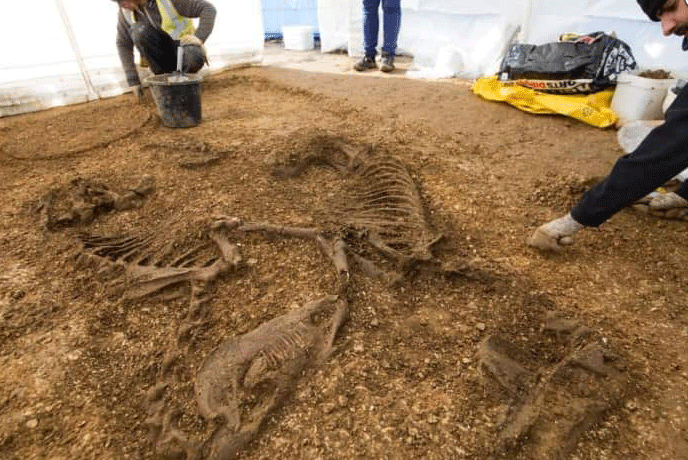 Archeology & ArtsThe remains of a horse with the Iron Age chariot.

The last time that a burial site of this caliber was found was in 1817. At that time archeologists found a warrior who was buried with four spears placed in his spine and one in his groin, which experts believe may have been an attempt “to release his spirit”.

79 square burial sites like this latest find have been discovered in England to date. 138 of the burials found have been attributed to the Arras Culture (a group of people who lived in this region in the Middle Iron Age), and 22 from the Anglian period which was 600 to 800 years later.

As was mentioned earlier, the quantifiable details on this latest find are unknown at the moment. But if there have been two discoveries of buried chariots in the past 18 months, archeologists may be interested in exploring this region of England further.

Next, check out this story about a hotel in New York that saw the discovery of 75 Roman skeletons. Then, read about this ancient handprint that offered up a rare glimpse into “Europe’s lost people.”