"A handprint is so personal and individual that you can almost feel the presence of the copper smith and imagine what it must have been like working in there all those years ago.” 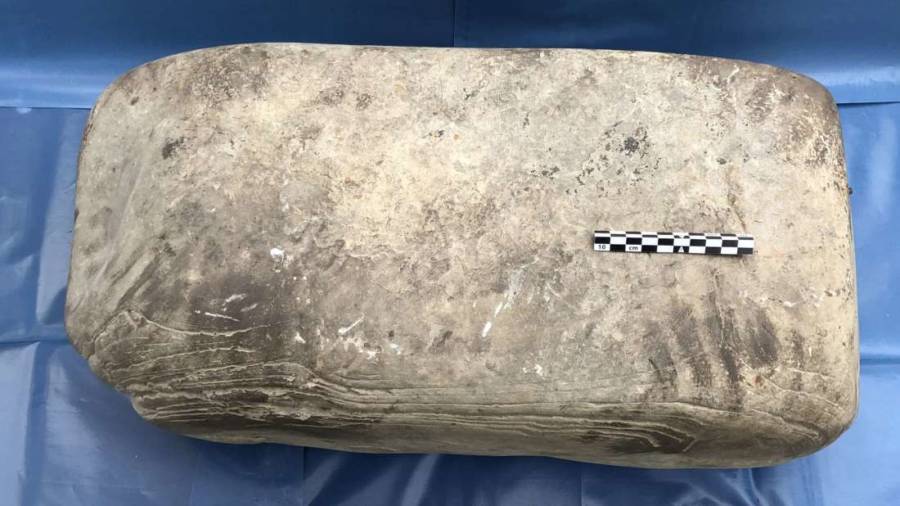 Archeologists have made a rare and exciting discovery that sheds light on the culture of an ancient mysterious people.

The Picts, also known as “Picti” (meaning “Painted Ones” in Latin), were made up of a group of tribes that comprised the largest kingdom in Dark Age Scotland. But despite fighting off attempted conquests by both Romans and Germanic Angles (thus allowing present-day Scotland to be the culturally independent region that it is), surprisingly little is known about “Europe’s Lost People.”

At an excavation site known as the Knowe of Swandro on Rousay, a remote Scottish island, archeologists’ uncovered a stone anvil that goes back 1,500 years. And incredibly, there are handprints and knee imprints that have survived through the centuries still visible.

The artifact was found with a second anvil in what experts think was an ancient coppersmith’s workshop. “The analysis of the floor enables us to say with confidence where the smith worked, next to a hearth and two stone anvils,” said Dr Stephen Dockrill, one of the lead archeologists.

They believe that the handprints belong to the smith and the knee marks are likely a result of him frequently brushing against the anvil as he kneeled beside it while working. They believe the worker forged brass and other metals.

When the team of archaeologists from the University of Bradford in England first lifted the stone, they though the handprints were their own. However, after they cleaned and inspected it further, they were shocked to realize that the blackened carbon imprints were centuries old, preserved by a unique combination of dirt and grease. 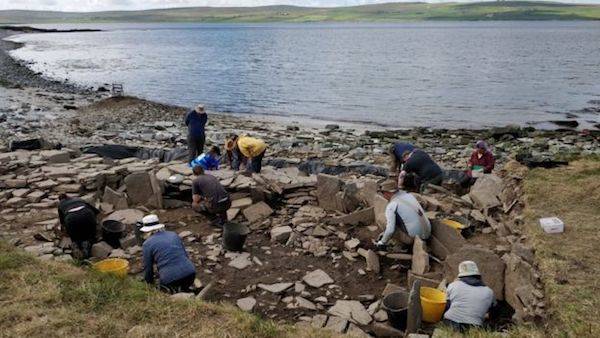 Funded by the Swandro-Orkney Coastal Archaeology Trust, the project has been ongoing since 2010.

“Amazing discovery of the day: the huge beach cobble used as an anvil in our Pictish copper smith’s workshop was cleaned up so it could be photographed & when it was shiny & clean you could quite clearly see the mucky finger marks, handprints and knee marks left by the smith around 1,500 years ago!” the archeologists wrote.

“A handprint is so personal and individual that you can almost feel the presence of the copper smith and imagine what it must have been like working in there all those years ago,” Dr. Julie Bond, another lead in the project, said in a statement.

The Picts lived in Scotland from the late Iron Age, around the 3th century CE, into the Early Middle Ages, when they disappeared around 1100 CE.

The dig site used to be a settlement in the Iron Age and researchers say the small cellular building that contained the stone was identified as a Pictish structure dating to the 6th to the 9th century CE. Steps and a curved corridor led to the entrance of the semi-subterranean building.

Which leads to another crucial aspect of the site: the workshop is in an area that is being swept away to sea gradually. Meaning that time is ticking for the researchers to find as much as they can about the site before it’s destroyed.

Next read about the “Siberian Unicorn” discovery that shocked scientists. Then read about Viking funeral ship that was uncovered in Scotland.