Inside The Chilling Story Of Charlie Chop-Off, The Child Serial Killer Who Was Never Caught

In gritty 1970s New York, an unidentified serial killer known as "Charlie Chop-Off" targeted young Black and Puerto Rican boys and viciously mutilated their genitals — and he was never caught. 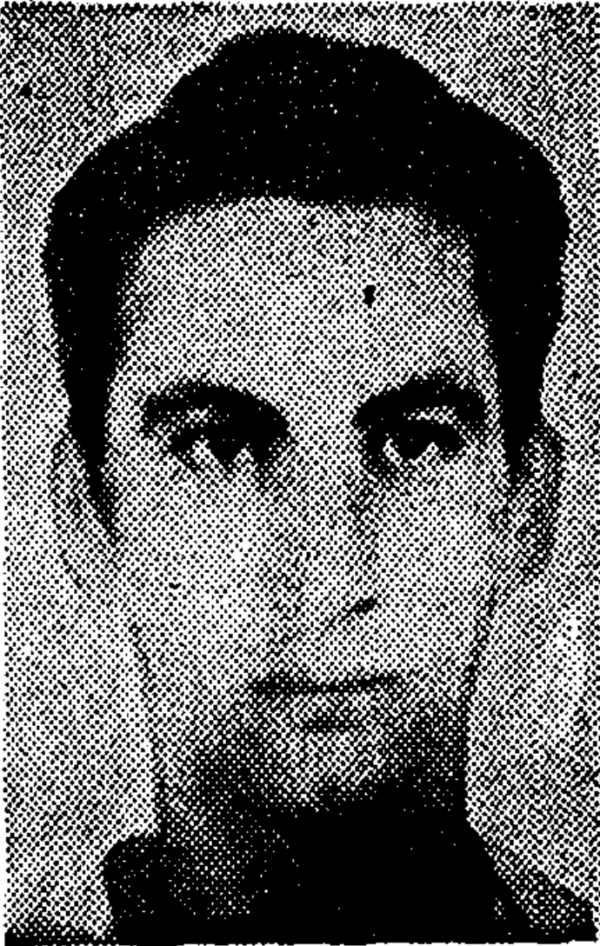 It sounds like an urban legend: a serial killer that targets young boys and severs their genitals. But the nightmarish case of “Charlie Chop-Off” was very real and remains chillingly unsolved.

Between 1972 and 1973, a serial killer targeted young Black and Puerto Rican boys living in Manhattan, brutally cutting them, mutilating their genitals, and sometimes even taking the severed penis with him as a macabre trophy.

Eyewitnesses described the killer as a slim man in his 30s. But in spite of interviewing hundreds of people, the police could not find the killer — until a botched kidnapping led them to a mental patient with a criminal record.

Was the disturbed Erno Soto actually Charlie Chop-Off — or did the real killer get away with his crimes?

The Innocent Victims Of Charlie Chop-Off

Every serial killer has a pattern — and Charlie Chop-Off was no exception. Every one of his victims was between the ages of 8 and 10. They were all Black or dark-skinned Puerto Rican boys. And they all suffered cuts across their bodies.

The first victim was 8-year-old Douglas Owens. Police found his body on March 9, 1972, on a Harlem rooftop, dead by 38 stab wounds all across his body. Disturbingly, the killer had also mutilated his genitals.

At first, it seemed like an isolated crime — until a month later, when the killer struck again.

This time, the victim was a 10-year-old boy. Then, on April 20, Charlie Chop-Off attacked the boy, stabbing him in the neck and back. This time, the killer severed his genitals and took them with him.

Miraculously, the second victim survived his attack and was able to give police a description of Charlie Chop-Off. But the killings didn’t stop there. 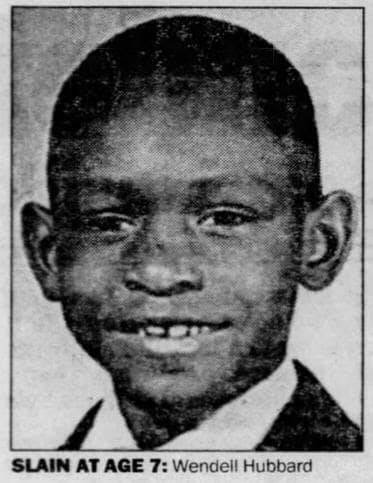 Public DomainWendell Hubbard was only nine years old when he was murdered in East Harlem by “Charlie Chop-Off.”

Then, in March 1973, the unidentified murderer claimed another victim. Nine-year-old Luis Ortiz disappeared on his way to the corner store, with police later finding his body in the basement of a nearby apartment.

Like the previous victims, Ortiz had suffered a brutal 38 stab wounds, and the killer had severed his genitals. But police were no closer to catching the killer. 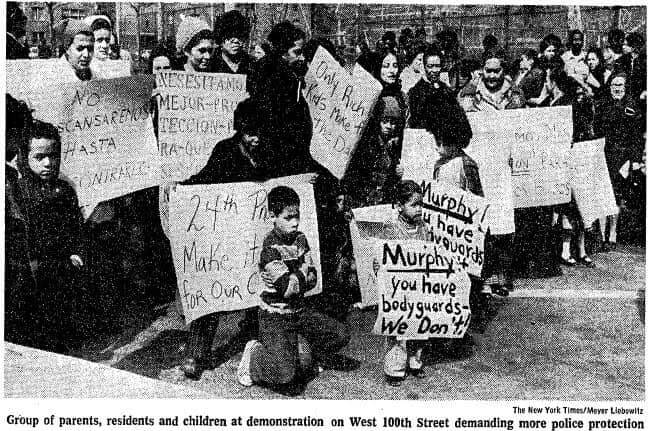 In the summer of 1973, the NYPD knew they had a serial killer on their hands. But finding Charlie Chop-Off wouldn’t be easy.

The one surviving victim described the killer as Spanish or Italian, and possibly walking with a limp. The vague description left police without a clear suspect. 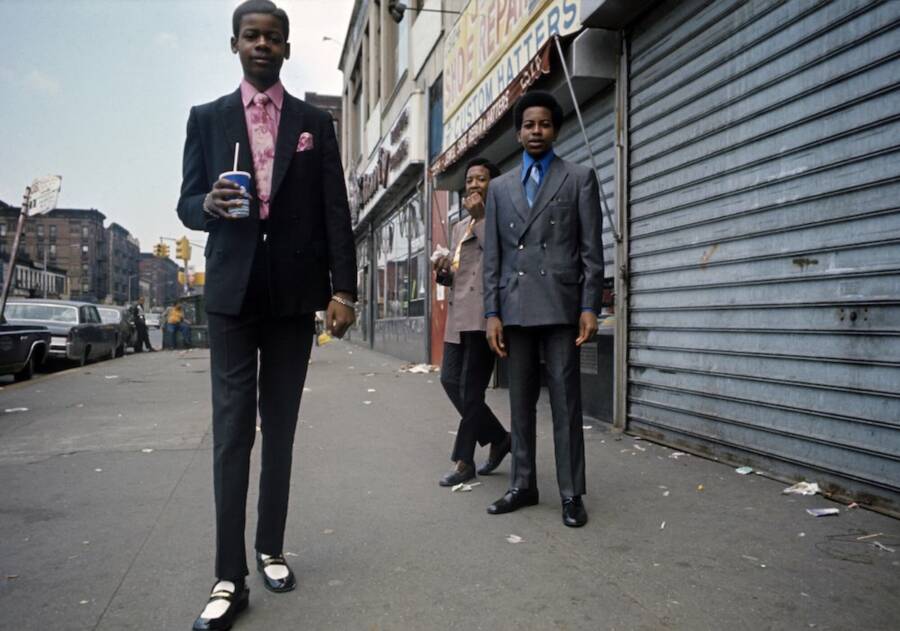 Jack Garofalo/Paris Match via Getty ImagesBoys on the streets of Harlem in the 1970s.

After a fourth murder on Aug. 17, 1973, police wondered if their killer had changed his pattern – or if they had a copycat on their hands.

Steven Cropper looked much like the earlier victims. An 8-year-old Black boy, Cropper’s body was found on a rooftop. But instead of stab wounds, police found razor slashes on the boy’s body. And the killer had not mutilated the boy’s genitals.

The police interviewed around 100 suspects, according to the New York Times — but were no closer to finding Charlie Chop-off.

Witness statements convinced the police that Cropper’s killer had also killed Hubbard and Owens. Witnesses saw Cropper with a slim Hispanic man in his 30s, somewhere between 5’6″ and 5’10” and “with a strange gait, almost like limp.”

The description was almost identical to that of Charlie Chop-Off, described as a Hispanic man, around five feet, nine inches tall, with a slim build, and between 30 and 40 years old. And the one victim who escaped said the killer had a limp.

On May 25, 1974, Soto tried to abduct a 9-year-old Puerto Rican boy, but neighbors intervened, holding Soto until police arrived to arrest him.

During interrogation, Soto confessed to killing Steven Cropper. But he refused to confess to any other crimes. And the one surviving victim could not pick Soto out of a lineup.

Police were certain they had caught the killer. Soto had a criminal history: He’d been in jail on burglary and narcotics charges. He was unstable: Soto was committed to a state mental institution years before the first murder.

Soto’s personal history also seemed to fit the profile. After separating from his wife, Soto discovered she had a child with a Black man. And soon after that, the attacks targeting Black boys began.

And then police discovered an anonymous tip after the very first murder that accused Erno Soto of the crime.

But was he the killer?

Erno Soto went on trial for the murder of Steven Cropper in 1976. During the trial, a psychiatrist testified that Soto was a “dangerous person” who was “in need of constant surveillance.”

“When he is out in society on his own, he is literally a walking time bomb,” Dr. John Baer Train stated.

There was one major hole in the case against Soto, though. The Manhattan State Hospital said Soto was in their institution the day Cropper died. Hospital officials claimed that Soto could have snuck out of the facility — but doubt had already crept into the case.

Instead of finding Soto guilty of murder, the jury found him not guilty by reason of insanity. The ruling landed Soto in a maximum-security mental institution.

But several signs still point to Soto as the killer. He fit the eyewitness description and his alibi was not airtight, given he was allowed to leave the mental institution for the weekend and reportedly checked himself out when Douglas Owens and Wendell Hubbard were killed.

And the Charlie Chop-Off killings ended after police arrested Soto. Either they caught the murderer – or a horrific serial killer remains at large.

Charlie Chop-Off was one of many serial killers who escaped justice. Next, read about the most prolific serial killers and then learn about the unsolved murders that still plague detectives.