Charlotte Bischoff van Heemskerck spent years looking for the painting because it held special significance for her, having once hung in her family's dining room right behind her chair. 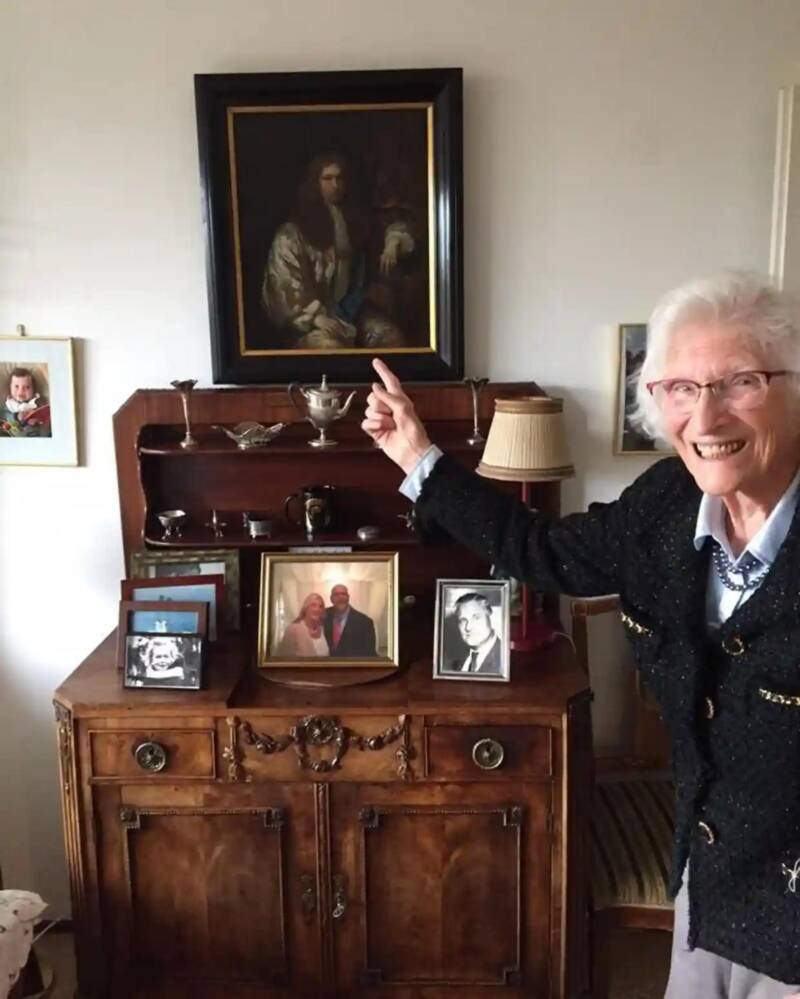 When Charlotte Bischoff van Heemskerck was a young girl in the Netherlands in the 1930s, her family had a painting by a Dutch master hanging on the wall of their family home. Then, Nazis stole the painting during World War II — but now, it has finally been returned.

“I was so happy to see the painting again, which always hung behind my chair in the dining room,” Bischoff van Heemskerck said in a statement as reported by Artnet.

“We all missed this painting very much because it was so much part of our daily life. It is a beautiful painting, beautifully painted, with its subtle combination of colors on the wonderful coat and the expression on the face of the sitter which shows him to be a generous man, an impressive man.”

According to The Guardian, the 1683 “Portrait of Steven Wolters” by Caspar Netscher, a Dutch Old Master, hung on the wall of Bischoff van Heemskerck’s home in the city of Arnhem. The painting belonged to her father, a doctor and the director of the city’s children’s hospital, who loved to collect art.

But when the Nazis invaded the Netherlands in the 1940s, Bischoff van Heemskerck’s father put 14 of his paintings in the Amsterdam Bank in Arnhem. He hoped the bank would keep the paintings safe, but in 1945 all 14 were stolen by Nazis. According to the Times, they were probably looted by a former Hitler Youth leader named Helmut Temmler who organized a last-minute bank robbery and blew up the vault. 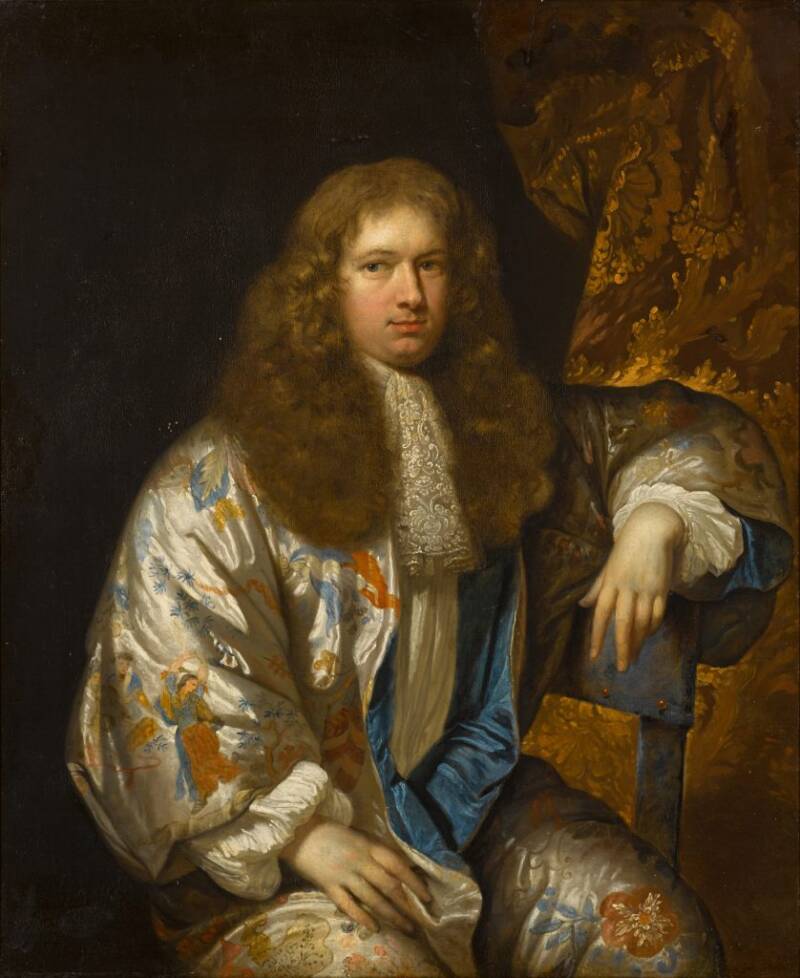 Sotheby’sThe 1683 “Portrait of Steven Wolters” by Dutch master by Caspar Netscher. Wolters was a merchant, director, and secretary of the Levant Trading Company.

After WWII ended, Smithsonian Magazine reports, Dutch authorities were able to find just eight of Bischoff van Heemskerck’s father’s paintings. The other six, including the portrait of Steven Wolters by Caspar Netscher, had vanished.

But the Commission for Looted Art in Europe, a nonprofit that helps track down stolen artwork, was on the case. They determined that the painting had somehow passed from Nazi hands to the Galerie Peiffer in Düsseldorf in the mid-1950s. Then, it went up for auction in Amsterdam in 1969 before a private collector bought it in 1971.

The Commission for Looted Art in Europe negotiated with the collector, who agreed to return the painting to Bischoff van Heemskerck, now 101 years old.

“I was amazed,” Bischoff van Heemskerck told The Guardian, adding that her father, who died in 1969, would have been “so happy that it came back.”

However, Bischoff van Heemskerck doesn’t plan to keep the painting. She’s decided to sell it through Sotheby’s and give the proceeds to her family.

“I had five brothers and sisters,” Bischoff van Heemskerck explained to The Guardian. “There are 20 offspring and they are very sweet, so I never had the feeling that it was mine. It’s from the family.” 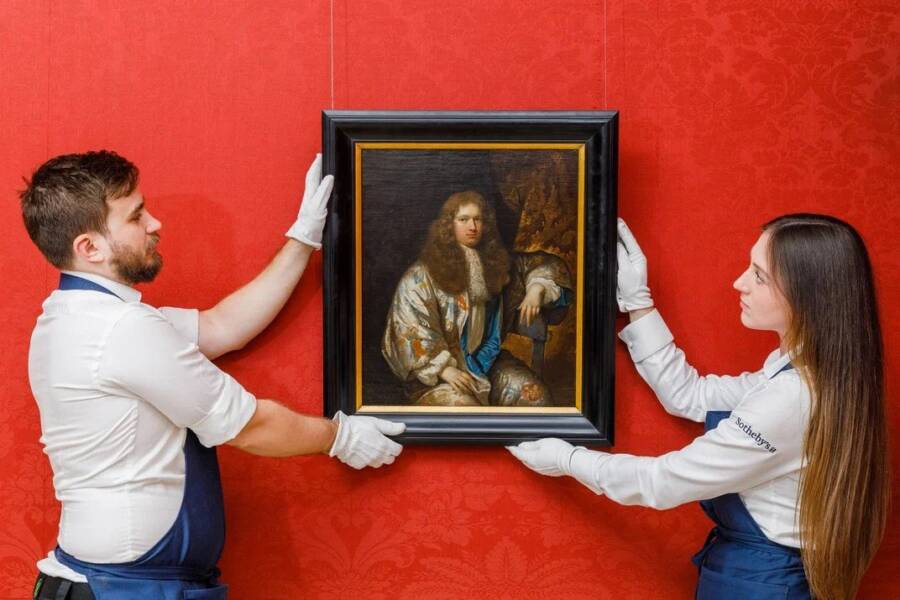 The stolen portrait also belongs to a fascinating chapter in World War II history. After the Nazis invaded the Netherlands in 1940, Bischoff van Heemskerck’s father — like many Dutch citizens — refused to obey the Nazi’s orders and went into hiding.

Bischoff van Heemskerck, who joined the resistance as a courier, remembered SS officers coming to their home after her father had fled. “My father was almost arrested by the secret police of the Germans,” she explained to The Guardian. “I opened the door when they came for him. They were so furious… we had to go away in the night, we took what we could.”

As for her participation in the resistance, Bischoff van Heemskerck told The Guardian she just did what anyone else would have done. “You would have done too, I’m sure,” she said. “We were hoping that we would win the war and we did everything to help.”

After reading about the Nazi-looted painting that’s been returned to its rightful owner, see how a stolen Willem de Kooning painting ended up in a New Mexico couple’s home. Or, discover the inspiring story of Dutch resistance member Corrie ten Boom.