Archeologists first noticed a duct in 2019 that opened up into the ceremonial chamber since dubbed the Condor Gallery. 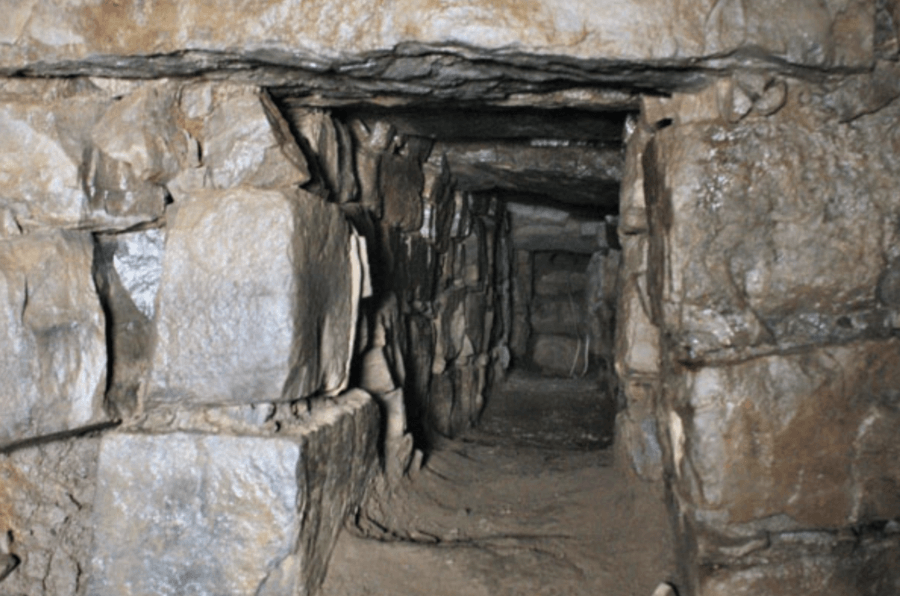 A team of archeologists exploring Chavín de Huántar, a 3,000-year-old temple complex in the Peruvian Andes, have made a stunning find. Beneath the ancient temple, they’ve uncovered hidden tunnels leading to a chamber, which contains artifacts left by the Chavín people.

“It’s a passageway, but it’s very different,” archeologist John Rick of Stanford University, who coordinated the team behind the discovery, told Reuters. “It’s a different form of construction. It has features from earlier periods that we’ve never seen in passageways.”

Beneath the temple, Rick and his team found 35 interconnecting tunnels, a ceremonial gallery, and two ceremonial bowls, one of which contained depictions of the Andean condor. In a nod to the animal on the bowl, they’ve dubbed the gallery the Condor Gallery.

The discovery was a long time coming. Archeologists from the Chavín de Huántar Archaeological Research and Conservation Program at Stanford University first suspected the existence of the gallery back in 2019 when they noticed a tiny duct in the temple’s Building D, according to Heritage Daily.

Then, they used a small robotic camera to explore the space. It exposed a gallery and a chamber where archeologists could just make out a shadowy object on the floor. Before they could investigate further, however, the COVID-19 pandemic hit. 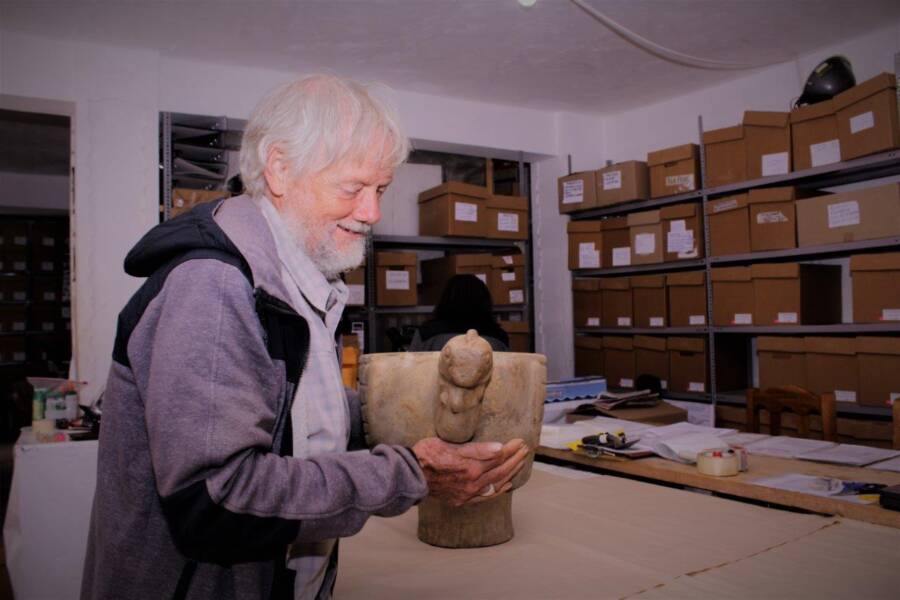 AntaminaJohn Rick with the ancient bowl, replete with condor symbolism, that he found beneath the temple.

After several long years, Rick and his team finally returned to Chavín de Huántar in 2022. Then, like a modern-day Indiana Jones, Rick squeezed himself through the passageway, which was just 40 centimeters in diameter, or about 15 inches.

According to Antamina, the mining company that financed his research, the passageway led to the previously photographed gallery, where Rick came across the object he’d seen on the robotic camera two years earlier.

“There wasn’t just one stone bowl,” he told Reuters. “There were two.”

The first stone bowl, weighing almost 40 pounds and standing nearly 10 inches tall, depicted the head of an Andean condor on one side, its tail on the other, and its wings in between. The second bowl, about the same size, was more simple in design and had a refined rim.

According to Antamina, the bowls were probably left as offerings when the gallery was closed some 3,000 years ago. Rick noted that the gallery itself appears to have been “purely ceremonial” and a “transitional” site between the Caral people, who flourished in South America at the same time as the Egyptians across the world built their pyramids, and the later Chavín people. 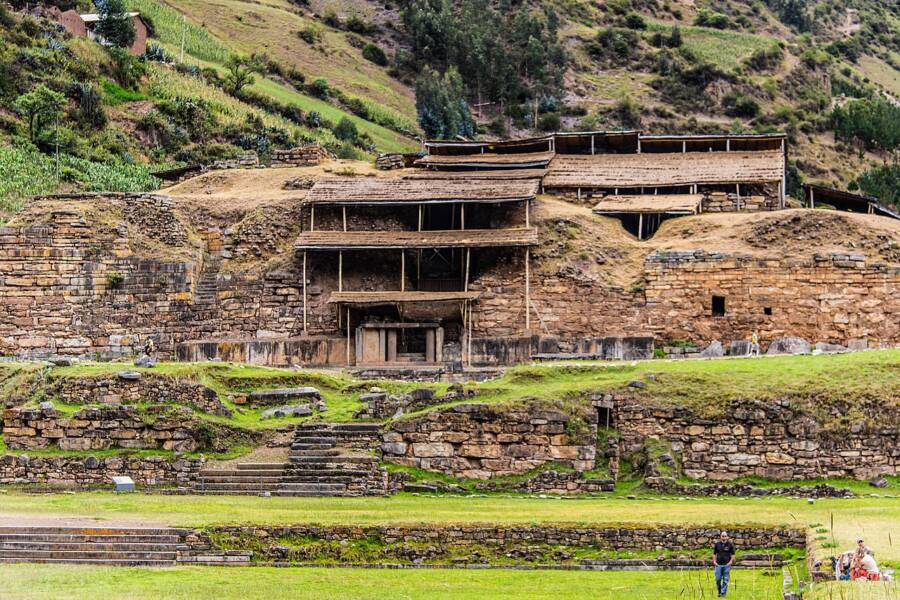 According to Heritage Daily, Chavín de Huántar was constructed by the Chavín people before the arrival of the Incas. They settled at the site between 900 and 500 B.C. and remained until around 200 B.C.

During that time, their temple played an important role in daily life, and, today, it’s a UNESCO Heritage Site.

“Chavin was a ceremonial and pilgrimage center for the Andean religious world and hosted people from different latitudes, distances, and languages,” according to UNESCO.

“[It became] an important center of ideological, cultural, and religious convergence and dissemination around a cult spread over a wide territory of the Andes, as far as the north, central and south coasts, the northern highlands and high jungle of Peru.”

As such, the discovery of the tunnels, gallery, and the Andean condor bowl is an especially exciting one. It offers a peek at how ancient people in Peru once lived, how they worshiped, and which animals they believed worthy of including in their religious spaces.

After reading about the tunnels discovered beneath Chavín de Huántar, see how archeologists in Egypt discovered vibrant frescoes at the Temple of Khnum that had been hidden beneath bird poop. Or, learn about the Mayan artifacts uncovered at the Balamku cave site.