On June 21, 2013, Cherish Perrywinkle was lured out of a Walmart by Donald Smith, who then raped and murdered her so brutally that the crime scene photos at his trial brought the jury to tears. 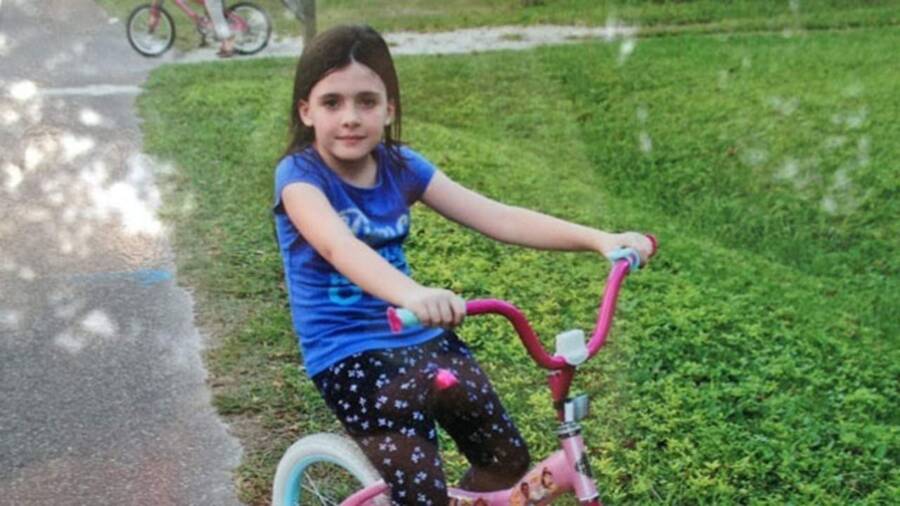 Public DomainCherish Perrywinkle was murdered by a convicted pedophile who was released from prison just weeks before.

On June 21, 2013, eight-year-old Cherish Perrywinkle of Jacksonville, Florida, was abducted from her neighborhood Walmart while shopping with her mother — and a stranger who offered to buy them clothes.

The man, a 56-year-old career predator named Donald James Smith, had first approached Perrywinkle and her mother in a dollar store where he convinced them to join him at the nearby Walmart where he would treat the struggling family to McDonald’s and some new outfits.

What happened next was unspeakable.

When Smith was brought to trial, the crime scene photos of Perrywinkle’s mutilated body brought the jury to tears. She had been so brutally raped and murdered that the Chief Medical Examiner requested a break from the trial.

Cherish Perrywinkle Was Abducted Right In Front Of Her Mother 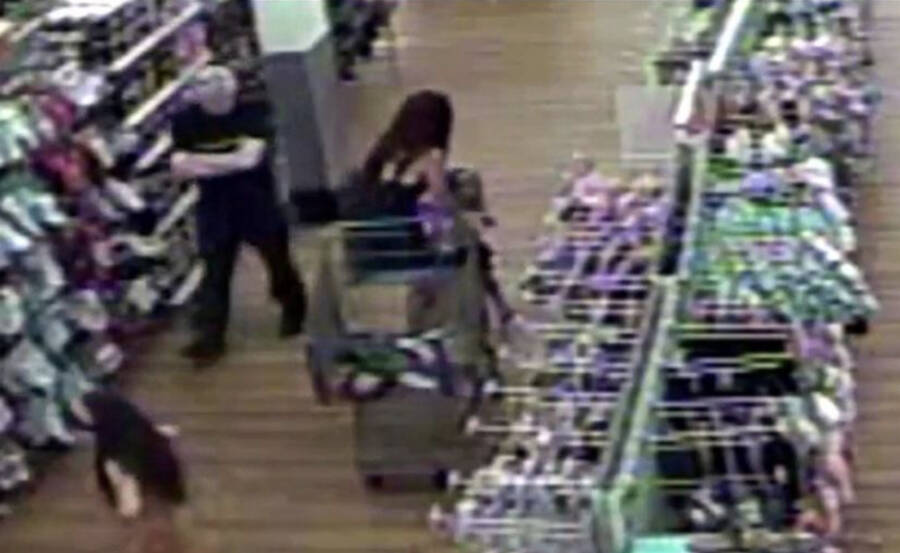 To say that Cherish Perrywinkle was born into a chaotic environment would be an understatement. Her mother, Rayne Perrywinkle, and her father, Billy Jerreau, were involved in a contentious custody battle following their divorce that only concluded in 2010. Rayne Perrywinkle was awarded full custody of her daughters Destiny, Neveah, and Cherish.

According to Robert Wood, who was the custody evaluator in the case, he feared for Cherish Perrywinkle’s safety in her mother’s custody and voiced his objections in court. He argued that Rayne Perrywinkle created an unstable environment for her children while living with her boyfriend and father of Neveah, Aharon Pearson.

This chaotic environment contributed to the perfect storm that would, ultimately, result in Cherish Perrywinkle’s abduction and murder.

On June 21, 2013, Cherish Perrywinkle, her mother, and her two sisters went to a neighborhood Dollar General store. There they encountered Donald James Smith, a convicted predator who had been listed on the public sex offender registry since 1993. He had been released from prison on a child abuse charge just 21 days before that fateful day. 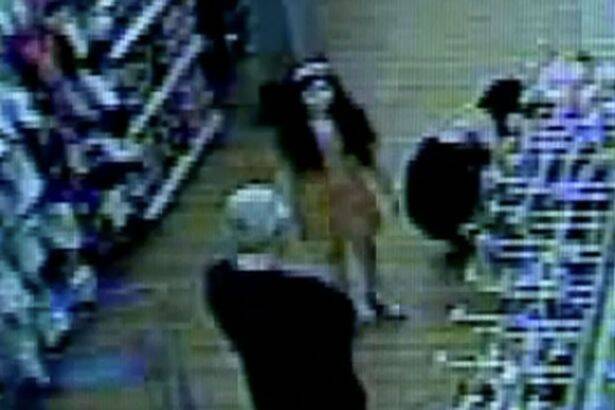 ScreengrabChilling CCTV image of Perrywinkle and Smith at Walmart.

Smith saw that Rayne Perrywinkle was having difficulty paying for her children’s clothes, and in response, he offered to buy them clothes at a nearby Walmart using a gift card that he and his wife never used. He assured Rayne Perrywinkle that his wife would meet them at the store.

Rayne Perrywinkle later testified that she was initially skeptical of Smith’s proposition, but ultimately relented because he said he had a wife, and her children were in desperate need of clothes she couldn’t afford.

By 10:00 p.m., Smith’s wife — who didn’t exist — still hadn’t arrived, and Rayne Perrywinkle’s children were all hungry for dinner. Smith offered to buy them all a meal at the McDonald’s next door while Perrywinkle waited — and took Cherish with him.

It was the last time anyone saw her alive.

Rayne Perrywinkle Searches In Vain For Her Child 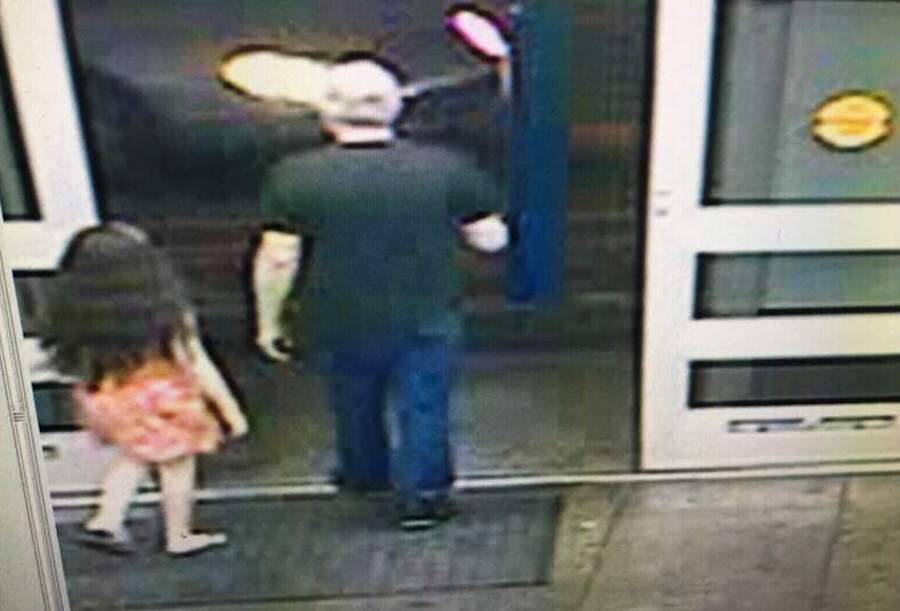 Around 11:00 p.m., Rayne Perrywinkle realized that neither Donald James Smith nor Cherish Perrywinkle had returned. She borrowed a Walmart employee’s cell phone and called the police to report a kidnapping. This was her frantic explanation to authorities:

“I’m hoping he’s not raping her right now… We’ve been here probably two hours, and she didn’t show up. I have this cart full of clothes that he said he was going to pay for. I had a bad feeling. I feel like pinching myself because this is too good to be true. I got to the checkout, and he’s not here. My girls need clothes so bad. That’s why I let him do it.”

Six hours after Rayne Perrywinkle made the harrowing 911 call, police put out an Amber Alert for Cherish Perrywinkle. The Amber Alert reached Smith’s roommate, a man only identified as “Charlie,” who called the police to provide them with any information that might help them find him — and, hopefully, the little girl too. 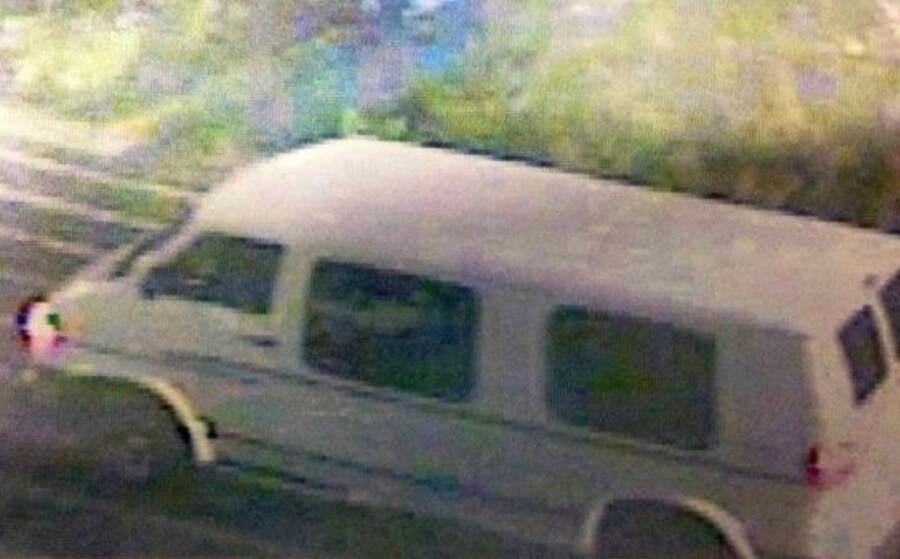 Police HandoutSmith was arrested when police spotted his white van on the interstate on June 22, 2013.

Around 9:00 a.m. the next day, an officer noticed Smith’s van off Interstate 95. Officers were then able to apprehend Smith near Interstate 10, where he was promptly arrested. At the same time, a tipster called in to 911 to report spotting Smith’s van near the neigbhorhood Highland Baptist Church.

And it was in the creek behind that church where police made a traumatizing discovery.

Cherish Perrywinkle was found in the creek still wearing the same dress she was in the night before. Her mutilated body was filled with contusions and ant bites, hemorrhaging, and busted blood vessels around her neck where she had been strangled to death.

An autopsy showed that she’d been raped prior to her murder, suffered blunt force trauma to the back of her head, and was strangled with what appeared to be a T-shirt with such force that she began bleeding from her eyes, gums, and nose.

Footage of Smith admitting to his crimes despite pleading not guilty in court.

In what would prove to be one of the most high-profile cases of the greater Jacksonville area in recent memory, Smith was ultimately charged with the first-degree murder, kidnapping, and rape of Cherish Perrywinkle.

The trial, which didn’t take place until 2018, was traumatizing for all involved. While presenting evidence, the Chief Medical Examiner had to take a break and the jury broke down into tears.

The doctor who performed the autopsy described how Perrywinkle’s anatomy had been distorted by the force with which Smith had raped her. She added that it would have taken the eight-year-old five minutes to die while being strangled. After her testimony, she too requested to be excused from the courtroom for a moment.

“Cherish did not die quickly, and she did not die easily. In fact, hers was a brutal and tortured death,” the state attorney said.

Footage of Donald Smith being sentenced to death and Rayne Perrywinkle’s comments.

A second day into the trial, “secret jailhouse recordings” of Smith emerged. In the recordings, Smith can be heard talking to inmates about a group of 12 and 13-year-old girls that visited the jail. “That’s right up my alley, right there, that’s my target area,” he said. “I’d like to run into her at Walmart.”

Then he added that “Cherish had a butt on her… she had a lot for a white girl.”

Further recordings revealed how Smith intended to use an insanity defense at his trial. In a phone conversation with his mother, Smith can be heard asking her for a copy of the “DSM IV” — a guide to mental disorders — so that he could practice acting mentally ill in court.

He added that he hoped to be sentenced to death rather than life in prison because he was afraid his fellow inmates would kill him.

Smith got what he wanted. It only took the jury 15 minutes to find Smith guilty, but in Florida, all cases involving first-degree murder are given an appeal. As such, Smith reappeared in court in 2020, fully planning to fight his death sentence. As of this writing, the request for the appeal is still pending with the Supreme Court.

And as for Perrywinkle’s parents, her father Billy Jerreau wants “closure” in the matter while her mother, who has been struggling with her child’s loss, has been calling for Smith’s execution. Rayne Perrywinkle’s other two daughters were removed from her custody shortly after Cherish was murdered.

Perrywinkle said in 2017 that she was unable to hold down a steady job, in part because people blamed her for her daughter’s brutal death and because she was grieving. Her other two daughters were adopted by a relative in Australia that year.

After reading about the horrific death of Cherish Perrywinkle, read about Stephen McDaniel admitting to murder on live TV. Then, learn about the Atlanta Child Murders.