Inside The Little-Known History Of The White Panther Party

In November 1968, the White Panthers emerged as an anti-racist group that supported the Black Panthers. 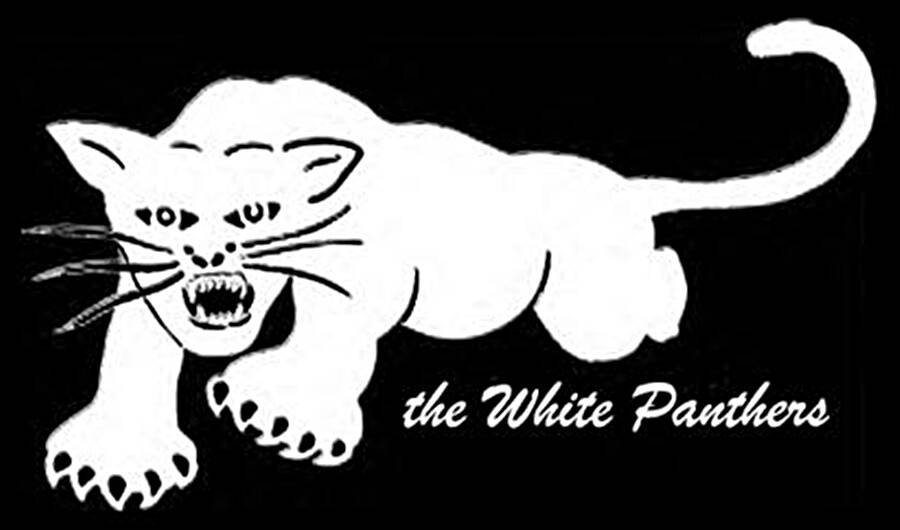 Seismic changes rocked through America during the 1960s. The civil rights movement, anti-war activism, and the birth of counterculture spawned numerous political groups throughout the country. One of the lesser-known groups was the White Panther Party.

The White Panthers were white activists who supported the Black Panther Party, a revolutionary Black socialist movement. The White Panthers also promoted the anti-war movement and the decriminalization of marijuana. Later, they would rebrand themselves as the Rainbow People’s Party.

This is the little-known story behind the White Panthers.

The Counterculture Movement Of The 1960s 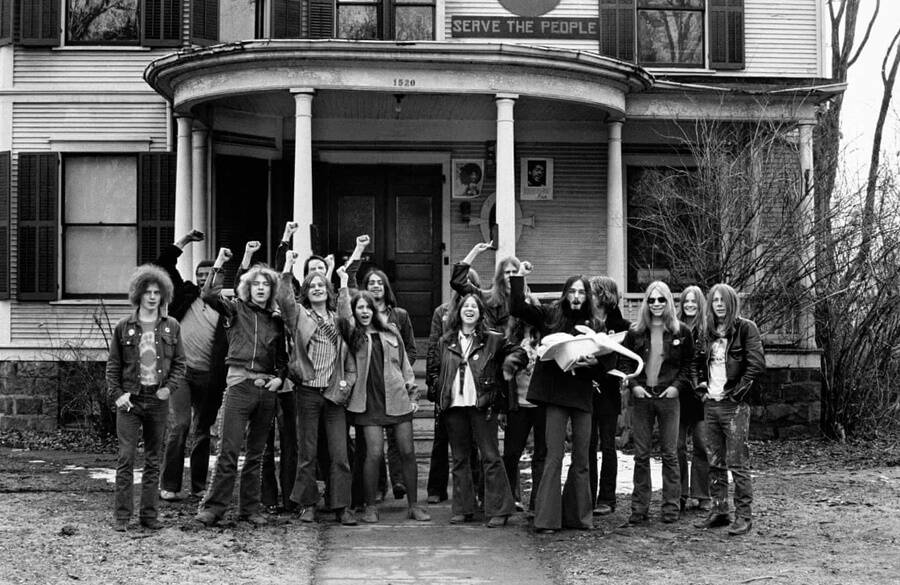 By the late 1960s, the counterculture movement had engulfed cities all over the United States. While this movement was made up of several different groups, the movement as a whole was basically a mass rejection of long‐held values and norms.

Unsurprisingly, it was mostly popular among younger people — especially those who rejected capitalism, conservatism, and American imperialism. Many of these youths protested against the Vietnam War and police brutality, and supported ideas like free love and legal drugs.

“There was just something in the air that wanted change real bad,” said White Panther Party founding member Leni Sinclair. Together with her husband John Sinclair, a fellow activist and poet, Leni became involved in the arts and activism scene of Detroit, where the couple was based. 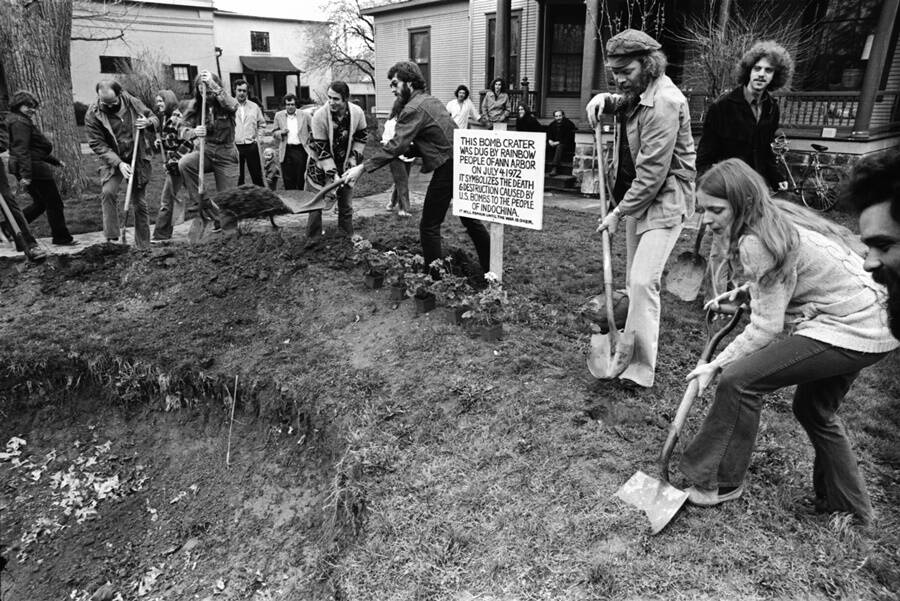 On April 30, 1967, the Sinclairs and their collective — the Detroit Artists Workshop — organized a peaceful demonstration on Belle Isle, an island in the Detroit River. Thousands of people descended on the island to participate in the “Belle Isle Love-In.”

At the Belle Isle Love-In, people sang, danced, meditated, and smoked. They provided each other with free food and music. It was supposed to be a way for activists to let loose and build a community.

But the police raided the permitted event, even bringing in a riot squad to disperse the crowd.

“That was our relationship with the police. We hated them,” said John Sinclair in an interview decades later. “And when the Black people rose up against the police, nobody could have been happier than us.”

The Birth Of The White Panther Party 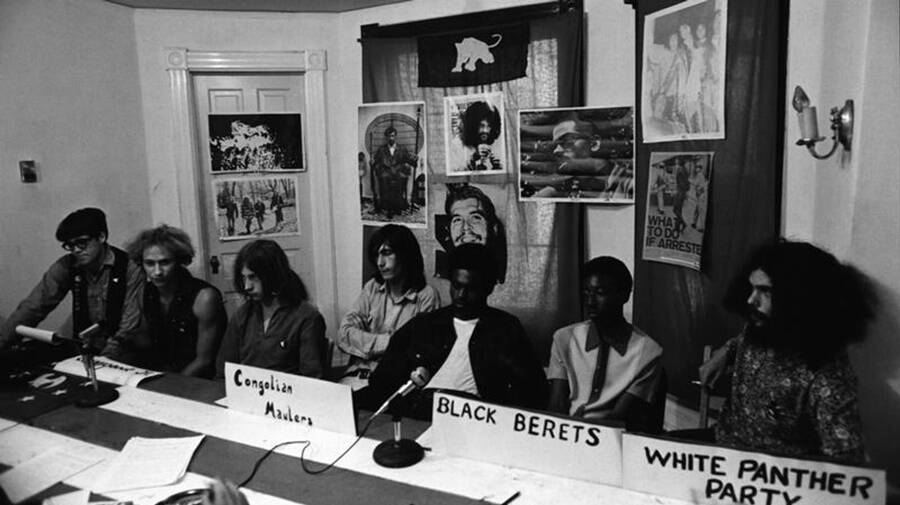 Even though many Americans were desperate for change by the late 1960s, several people in power resisted this call. This led to escalating tensions throughout the country — and Detroit was no different.

Around this same time, the Detroit Artists Workshop had hung a banner outside its communal building that read: “Burn baby burn.” Although the group quickly took the banner down as the destruction unfolded, authorities had already seen it. Soon afterward, riot police stormed the building — and claimed that a sniper was firing at them from the roof.

“We were harassed 24/7,” said John Sinclair. “Busted for incitement, obscenity, possession, whatever they could throw at us.” 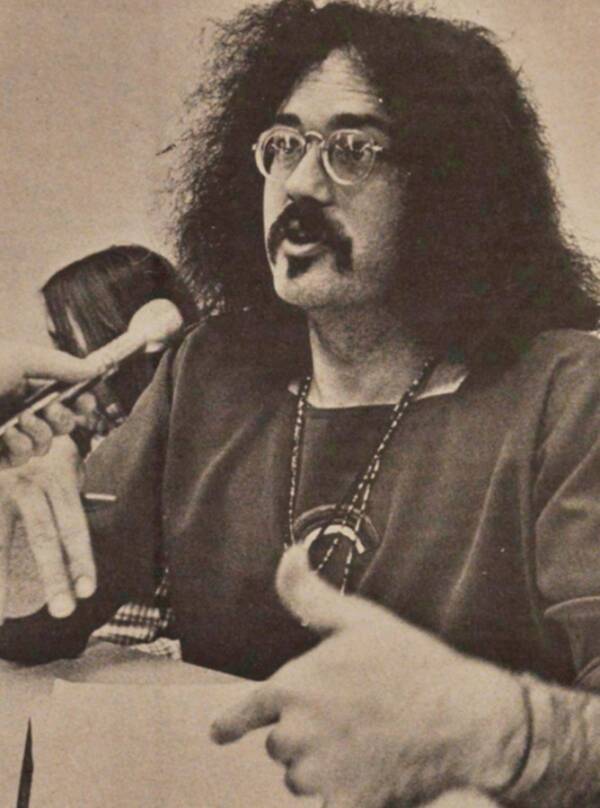 Ann Arbor District LibraryJohn Sinclair was sentenced to 10 years in prison for the possession of two joints of marijuana.

But that didn’t stop them from speaking up for what they believed in — especially when it came to fighting racism. On November 1, 1968, John and Leni Sinclair teamed up with activist Lawrence “Pun” Plamondon to form an anti-racist group called the White Panther Party.

The idea actually stemmed from Black Panther Party co-founder Huey P. Newton. When Newton was asked what white people could do to support the Black Panthers, he said they could form their own organization.

Leni Sinclair remembered, “We were already organizing white people who wanted change, so we called ourselves the White Panthers.”

The White Panther Party defined their mission with a 10-point program that fully endorsed the Black Panthers, demanded “the end of money,” and advocated for “rock and roll, dope, and f–king in the streets.”

Leni Sinclair said that the Black Panthers were far from impressed at first. “They called us psychedelic clowns,” she recalled. But they soon warmed up to the group — especially after the White Panthers helped distribute the Black Panthers’ newsletter in southeast Detroit.

Before long, the White Panthers were hosting political education classes alongside the Black Panthers. And the White Panthers continued to encourage white allies to fight against police brutality and other issues that were affecting African Americans.

One way the political group promoted their ideologies was through the music of the Motor City 5 (MC5), a band that John had managed for years. With their high-energy rock and outspoken political views, the MC5 band played a huge role in publicizing the White Panthers.

It’s unclear exactly how many people were involved with the White Panthers, but it’s been estimated that there were once about 15 to 20 “chapters” of the White Panther Party throughout the United States and Europe.

What Happened To The White Panther Party? 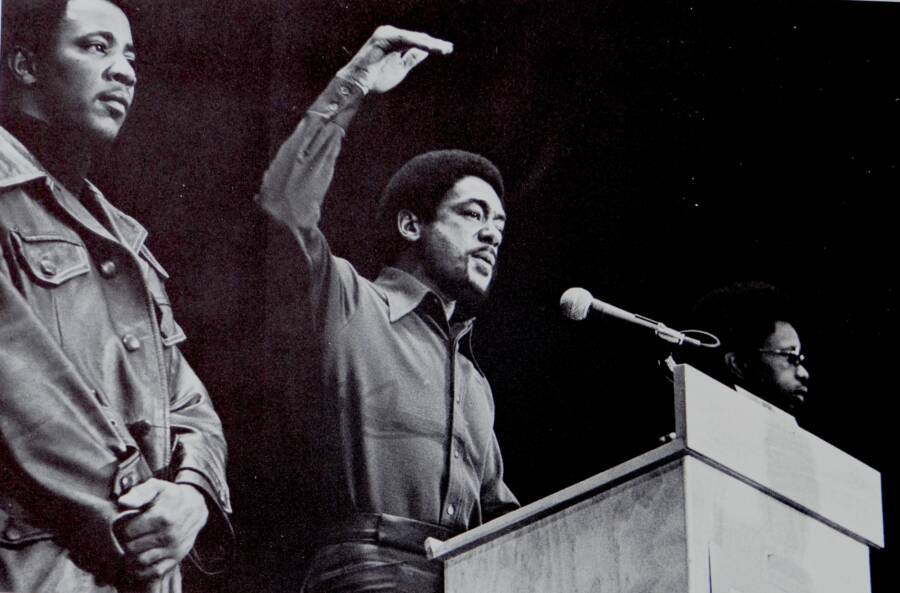 In 1969, John Sinclair was arrested for possessing two marijuana joints — and sentenced to 10 years in prison. This extreme ruling was supposed to serve as a warning for other activists like him.

But the strategy backfired. Rather than quiet the activists, Sinclair’s arrest enraged them. This culminated in the massive John Sinclair Freedom Rally in Ann Arbor in December 1971. More than 15,000 people showed up — including John Lennon and Yoko Ono. Bobby Seale, a co-founder of the Black Panther Party, also made an appearance.

Just three days after the rally, John Sinclair was released. He had served less than three years of his sentence. (At one point, he was also charged with conspiracy in the 1968 bombing of a CIA building in Ann Arbor. But this charge was later dismissed.) 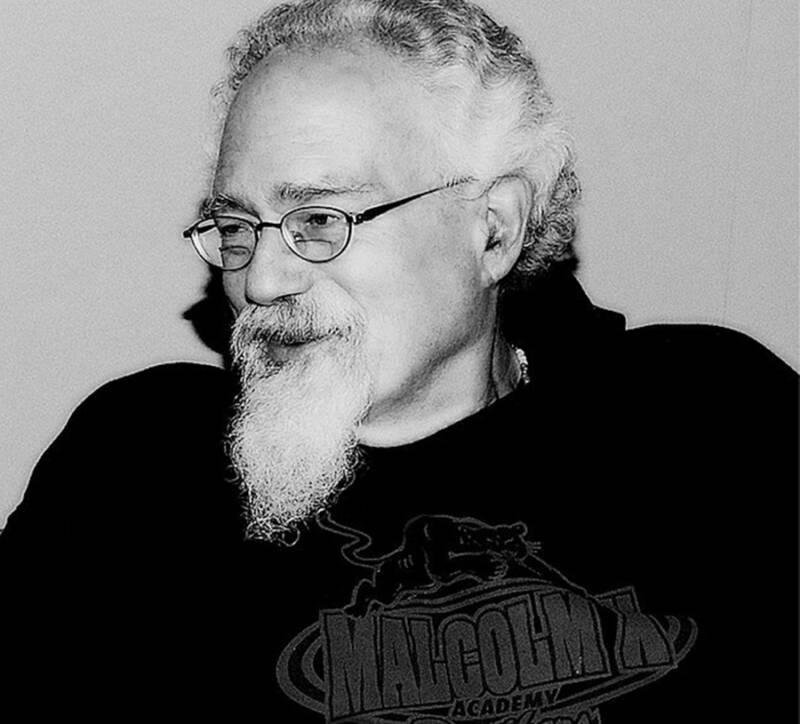 Wikimedia CommonsJohn Sinclair now spends most of his time in Amsterdam as a jazz poet.

By the time John Sinclair was freed, the White Panther Party in Detroit had already changed its name to the Rainbow People’s Party. The name change was meant to emphasize “positive community organizing” — and to clear up any confusion that the group was associated with white supremacists.

As Leni Sinclair put it: “Nobody could understand that we were white and progressive, and that had terrible consequences.”

When John Sinclair was asked when his “revolutionary dream” ended, he said, “Early 1975. That’s when the movement folded. President Nixon was removed from office, the Vietnam War ended, and it seemed everybody went back to their day jobs. I didn’t have a day job and I didn’t want one, so I became a poet and a community activist again.”

The last remnants of the White Panther Party disbanded by the 1980s. That said, John and Leni Sinclair are still speaking up about many of the same issues that they did decades ago. Most recently, Leni Sinclair was spotted at a Black Lives Matter demonstration in Detroit in June 2020.

However, America has yet to see another anti-racist white activist group quite like the White Panther Party. Could there ever be one again?

“I live in the present, and who can tell what will happen in the future?” John Sinclair said. “All I know is that if you want things to change, you have to work to make them change.”

Now that you’ve learned about the White Panther Party, read about the 1969 raid on the Black Panthers’ headquarters. Then, delve into the tragic murder of Black Panther Fred Hampton.