Birth Defects From The Chernobyl Disaster

A 2010 study published in the American Academy of Pediatrics journal urged scientists to take another look at the seemingly cut-and-dry subject of Chernobyl;s long-term effects on children’s health in affected regions.

Dr. Wladimir Wertelecki of the University of Southern Alabama in Mobile found that the Ukraine province of Rivne — 155 miles from Chernobyl — had been “significantly impacted” by the radioactive cesium-137, with serious, subsequent anomalies in the children born there ever since, Reuters reported.

“There has been a tendency to imply that the question is closed as far as the prenatal effects (of Chernobyl),” he said. The study, however — which analyzed every one of the 96,438 babies born in Rivne between 2000 and 2006 — found that the rate of birth defects in the brain and spine were much higher than the average in Europe.

22 of every 10,000 babies borne in Rivne during that timeframe were born with birth defects — compared to Europe’s average of 9 of every 10,000. Rates of conjoined twins, congenital tumors on the tailbone, and microcephaly were also significantly elevated. 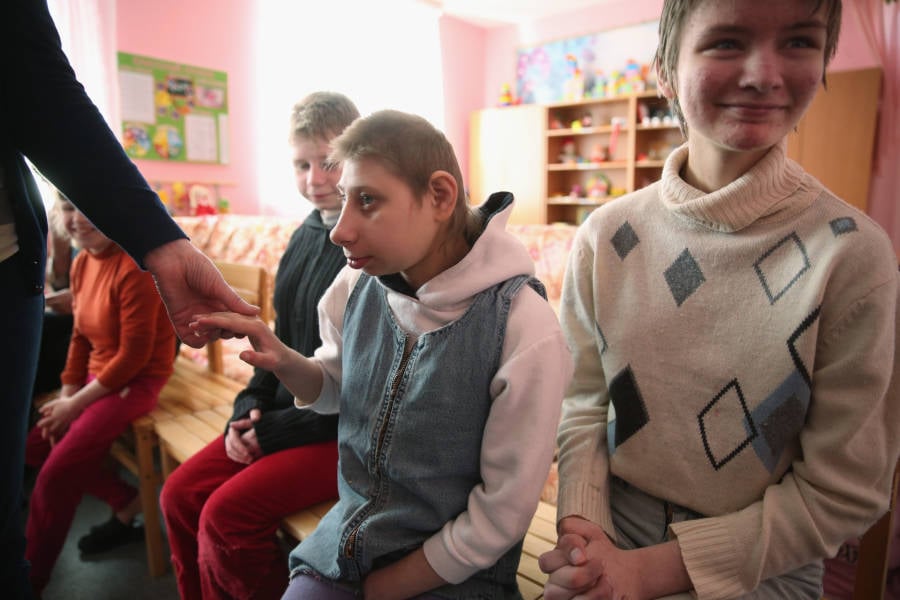 While Dr. Wertelecki conceded that other factors such as malnutrition or prenatal alcohol abuse could have impacted these numbers — the results are alarming.

The study presents a disconcerting correlation between strontium-90 — a radioactive element created by nuclear fission — and a rise in disabilities caused by birth defects which UNICEF suggested impacted 20 percent of older children in Belarus.

Over five percent of Strontium-90 — the single most dangerous element of a nuclear explosion’s fallout — was released during the Chernobyl disaster. The physical impact of long-term effects in the region, though contested by some, has certainly been significant enough for the Vesnova Home for Invalid Children to open and care for over 170 children born with birth defects.

Nonprofit organization Chernobyl Children International, too, has established itself as a childcare facility for affected families in Belarus. Yet another facility, Children’s House Number 1 in Minsk, tends to those born with birth defects — from serious neurological issues to abnormal heart conditions. 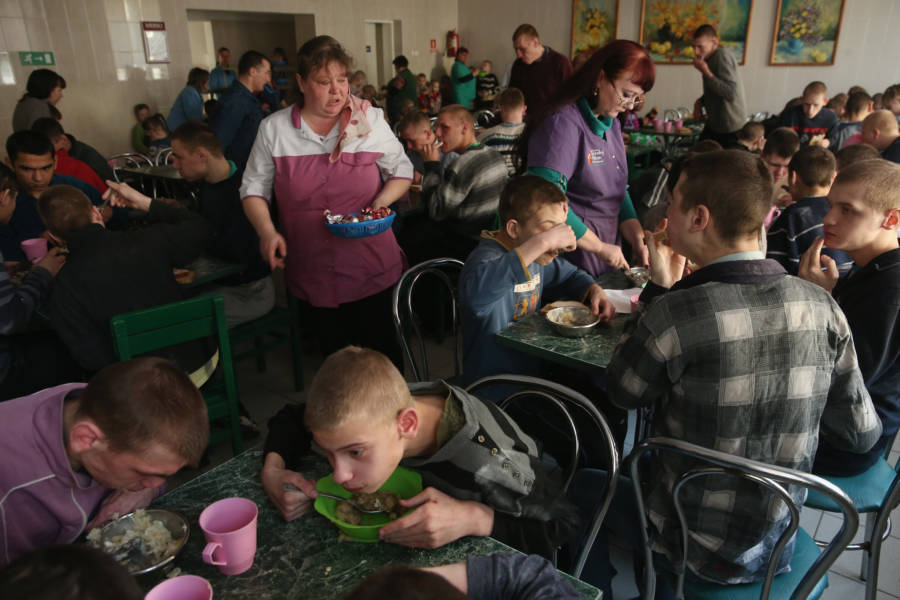 Sean Gallup/Getty ImagesDisabled children in the cafeteria at the Vesnova Home for Invalid Children, 2016.

The prevalence of severe birth defects such as microcephaly, hydrocephaly, and others in this region than elsewhere, point to a considerable correlation with the Chernobyl disaster. With Belarus being on the receiving end of 60 percent of Chernobyl’s fallout, it would be illogical to dismiss this seemingly evident causality.

The Children of Chernobyl

Yuryi Litvinov was four years old when the Chernobyl disaster occurred. Even though he survived the initial disaster, he couldn’t fully escape the consequences of living so close to the disaster in a town near Kiev.

“The realization of what happened comes only later, after you realize what you got afterwards,” he told NPR. “You know, I experienced cancer when I was 21 and now I’m kind of good and everything works out fine. So I just want to put out awareness about this, what happened and be a little bit more cautious.”

Litvinov’s memories are largely those of a little boy who couldn’t fully comprehend what was happening, or why he was sent away to live with his grandmother for five months — but the palpable difference he felt in people’s attitudes was fundamentally unforgettable.

“I realized this (the gravity of the disaster) when I was around seven,” he said. “And after, you know, seeing the rain — when the rain would fall we would have white leaves. And it was in the energy in the people around me that, you know, you realize there’s a big fear and people are scared of something that cannot be described in a way.” 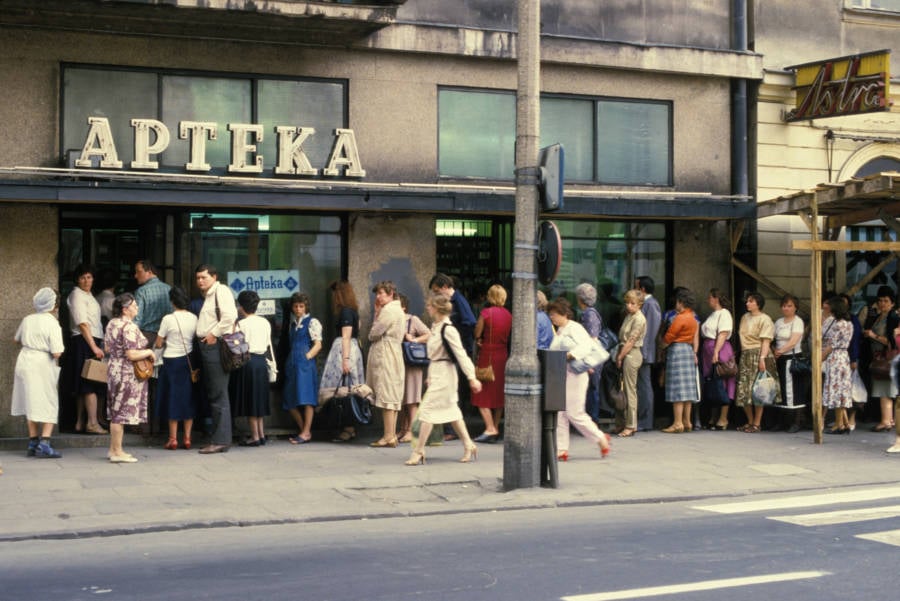 Jerzy KOSNIK/Gamma-Rapho via Getty ImagesThe line at a pharmacy in Warsaw following the slow unfolding of information about the Chernobyl disaster, June 1986.

When Litvinov was 21 years old, he was diagnosed with cancer. A lot of his friends and relatives died of the disease in their 40s and 50s. Unlike his loved ones, however, Litvinov had kidney cancer. He had one of them removed, but the cancer came back. “Another treatment of radiation” was needed, he joked.

There are thousands of cases like Litvinov’s — a child, like any other, whose entire life was shaped and impacted by an event he had no control nor understanding of. He’s rightfully more than a little affected by Chernobyl and has developed an arguably healthy distrust of anyone claiming to have all the answers.

“It definitely changed the way we see our lives now, the way we trust to our government and the way we hear what they say,” he said.

He’s since become an artist with his first painting revolving squarely around Chernobyl. The work is comprised of geometric patterns, which if inspected from up close, reveal the date of the disaster as part of the painting’s building blocks. For Litvinov, the message is clear: history repeats itself — let’s try to prevent it from doing so.

“And if we don’t teach our generation that things like this happen, we’re going to lose our planet,” he said.