The whale skull was found packed in a 650-pound block of sediment that preserved the fossil like a "sarcophagus." 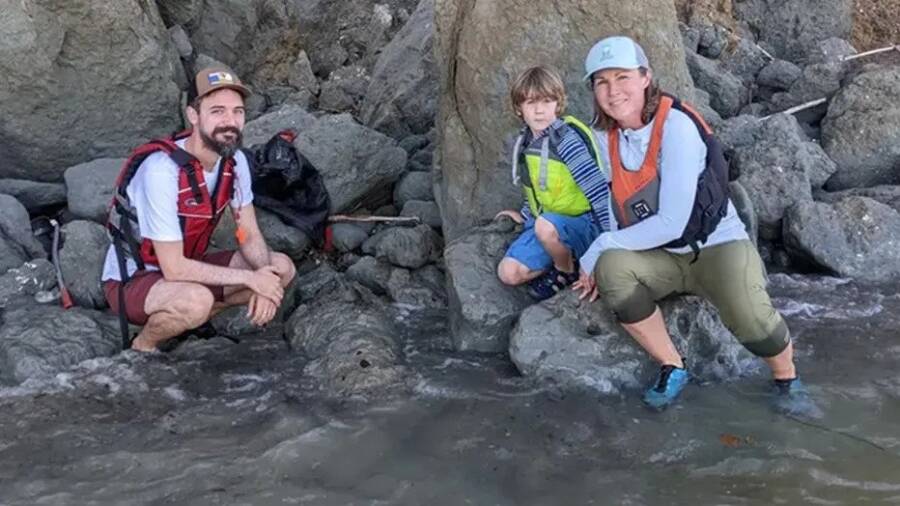 Calvert Marine MuseumCody Goddard discovered the whale skull, which is partially submerged in the water next to Goddard’s knee.

As Cody Goddard walked along Matoaka Beach in the Chesapeake Bay, he hoped to find fossils, maybe some ancient shark teeth. Instead, the Pennsylvania man stumbled upon a 12-million-year-old whale skull.

According to Chesapeake Bay Magazine, Goddard and his family were visiting Maryland in October 2022 when they decided to go beachcombing. As they walked along Matoaka Beach, Goddard suddenly noticed a large block of sediment on the beach with a piece of fossil sticking out.

He alerted Stephen Godfrey, Curator of Paleontology at the Calvert Marine Museum, who rushed to the scene. After examining the chunk of sediment, Godfrey confirmed that Goddard had discovered a whale skull from the Miocene era, later estimated to be 12 million years old.

“It felt like we had won the World Cup of Paleontology,” Godfrey said.

But along with the thrill of the discovery came the challenge of extracting the whale skull and the 650-pound block of sediment that encased it. It took a team of paleontologists two months to recover the whale skull, and even Goddard returned to Maryland to help.

“We are so blessed to have so many avocational and professional paleontologists locally,” Godfrey told Chesapeake Bay Magazine, noting that many “paleontology enthusiasts” made the extraction possible. 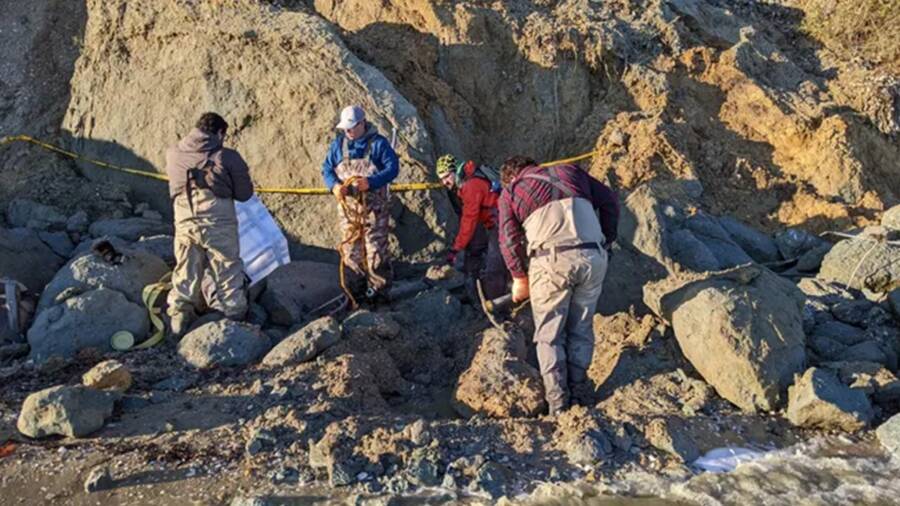 Calvert Marine MuseumPaleontologists work to recover the whale skull from the beach, which had been preserved in a block of heavy sediment.

The fossil was taken to the Calvert Marine Museum’s Fossil Preparation Lab, where scientists will use tools similar to “miniature jackhammers” to carefully remove the skull from its block of sediment. Though painstaking, the sediment played an important role in preserving the remains.

“In a way, it created its own sarcophagus – its own little burial chamber that preserved it for millions of years and for us to be able to find,” Godfrey explained to Fox 6 Now.

Indeed, Godfrey has been able to determine some facts about the whale. The skull once belonged to a baleen whale which, like some modern whales today, used its teeth to filter out plankton to eat. But, while baleen whales today can grow quite large — including the humpback whale which can reach up to 49 feet in length — this ancient whale would have been smaller.

Godfrey explained to Fox 6 Now that the ancient baleen whale was probably just five and a half feet long and 18 inches wide.

“This would have been a very hydrodynamic type of whale, so it could probably swim fairly quickly,” Godfrey explained. “And, of course, you’d want to because you have Megalodon [giant ancient sharks] swimming at that time, and you’re doing all you can to avoid being Megalodon’s next meal.”

That said, the whale skull — the most complete fossilized whale skull ever discovered in the area — still holds some mysteries. Godfrey told Chesapeake Bay Magazine that it will take months to remove the sediment from around the skull and that, for the moment, it’s unclear how hardened the sediment is. Once that’s done, the museum will have more clarity about what kind of whale washed up on the shores of Matoaka Beach. 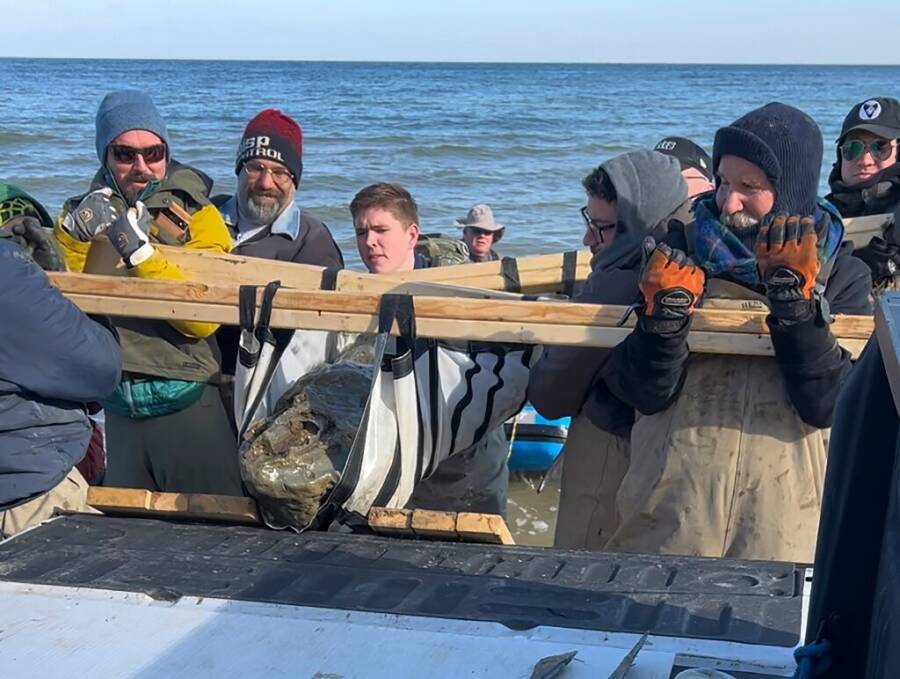 Calvert Marine MuseumIt took a number of men to carry the whale fossil which, packed in sediment, weighted 650 pounds.

“We don’t yet know what species of Miocene baleen whale this is,” Godfrey said. “[T]hat we will only know once it has been prepared. It might even prove to be our greatest preparation challenge.”

Until then, the 12-million-year-old whale skull will remain at the Calvert Marine Museum as one of the museum’s prize jewels. It’s been nicknamed “Cody” after the man who discovered it in the first place.

After reading about the 12 million-year-old whale skull that was found by a beachcomber, see how nine-year-old Molly Sampson found an enormous megalodon tooth near Chesapeake Bay while searching for fossils with her family. Or, learn about the 40 million-year-old four-legged whale fossil that was discovered in Peru.