This prehistoric quadruped discovered on the coast of Peru was similar to a modern-day otter or beaver — except 13 feet long. 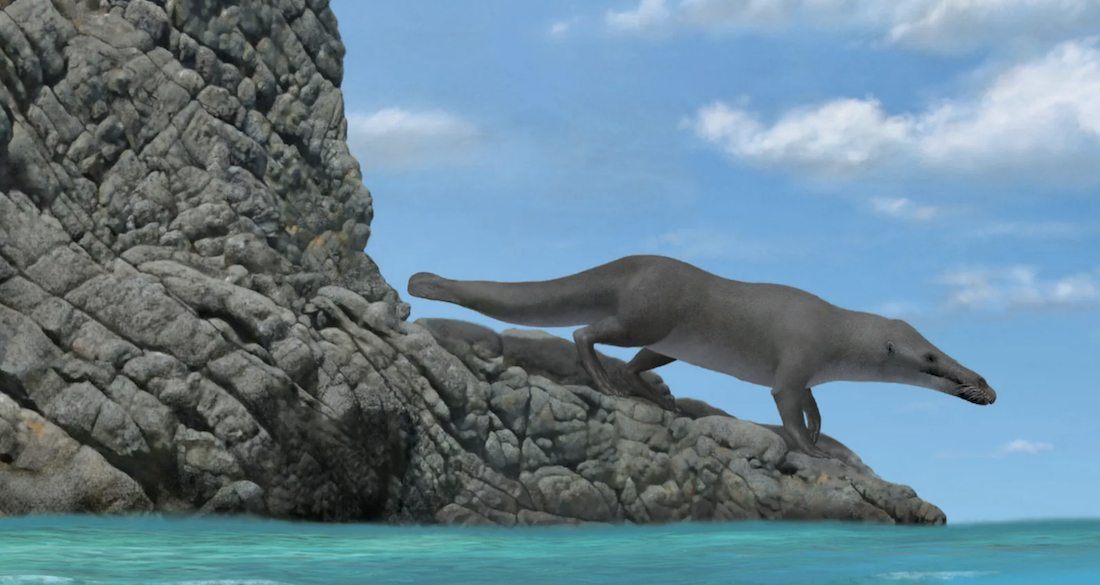 Alberto GennariThe Peregocetus pacificus was well-adapted to both land and sea environments.

Scientists have discovered evidence of a 42 million-year-old whale species on the coast of Peru. While this find would be stunning enough in and of itself, this particular whale had one astoundingly distinct characteristic: four legs likely used to walk on land.

According to Gizmodo, the discovery of this new Peregocetus pacificus species has shed new light on the evolution of these seafaring mammals.

Fossil evidence has established that modern dolphins and whales derived from small, four-limbed, hoofed animals that lived in South Asia during the Eocene around 50 million years ago.

The scientific community had previously established that these animals made it to North America 41.2 million years ago. What makes this latest discovery so significant is that this quadrupedal whale is 42.6 million years old — thus forcing evolutionary biologists to reassess established timeframes.

Additionally, this discovery, published in the journal Current Biology, makes it clear that ancient whales originally called South America — not North America — their first home in the Western Hemisphere. 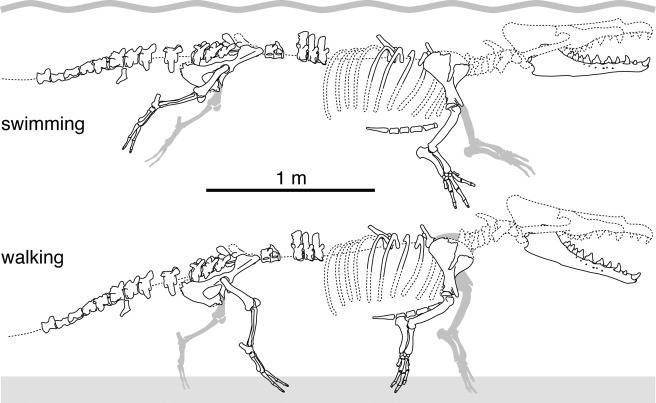 G. Bianucci/Current BiologyThe ancient four-legged whale had a specific gait it used on land, as evidenced by its hip bones.

“We have known for a while that four-legged whales had made it to North America, but this is the first reliable record from South America and thus also the first from the Southern Hemisphere,” said Felix Marx, a paleontologist from the University of Liège in Belgium.

The species’ Latin name essentially denotes it was a “traveling whale that reached the Pacific.” Scientists were stunned to find shockingly well-preserved remains — including its jaw, front and hind legs, part of the spine, and tail — on Peru’s Playa Media Luna coast in 2011.

Researchers have since placed the species in the middle Eocene by dating the sediment in which the fossils were found.

“This is the first indisputable record of a quadrupedal whale skeleton for the whole Pacific Ocean, probably the oldest for the Americas, and the most complete outside India and Pakistan,” explained lead author Olivier Lambert, a paleontologist at the Royal Belgian Institute of Natural Sciences.

Similar to otters or beavers, the Peregocetus was highly capable of traversing both land and sea environments. Unlike those comparable animals, however, this particular whale was rather large — measuring in at around 13 feet long. 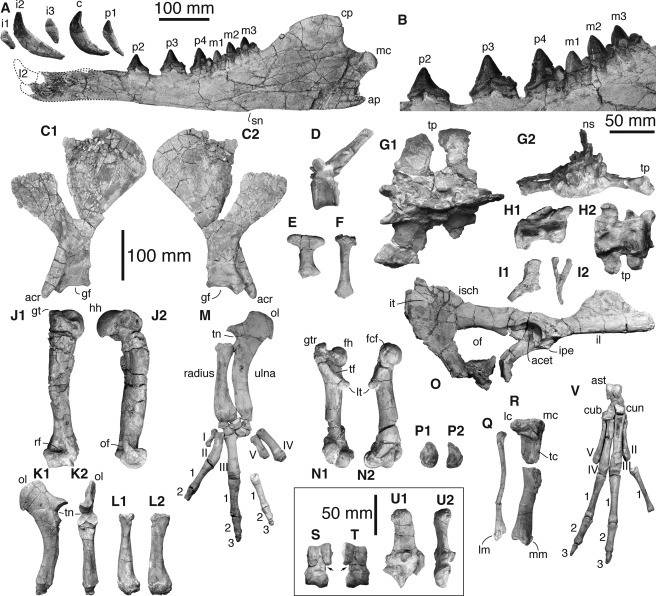 Besides the four legs themselves, the location of the animal’s hip bones likewise pointed toward a land-specific gait it had developed over time.

In terms of its aquatic capabilities, the size of the fingers and feet indicated that this animal’s appendages were most likely webbed. While the physical characteristics and multi-environment attributes of this discovered species are certainly stunning, its age revealed even further areas of interest for scientists.

Ancient, four-legged whales like these are believed to have reached South America by crossing the Atlantic Ocean’s southern half from the Western coast of Africa. Not only would westward currents have given them a boost, but both continents were only around half as far apart back then as they are today. 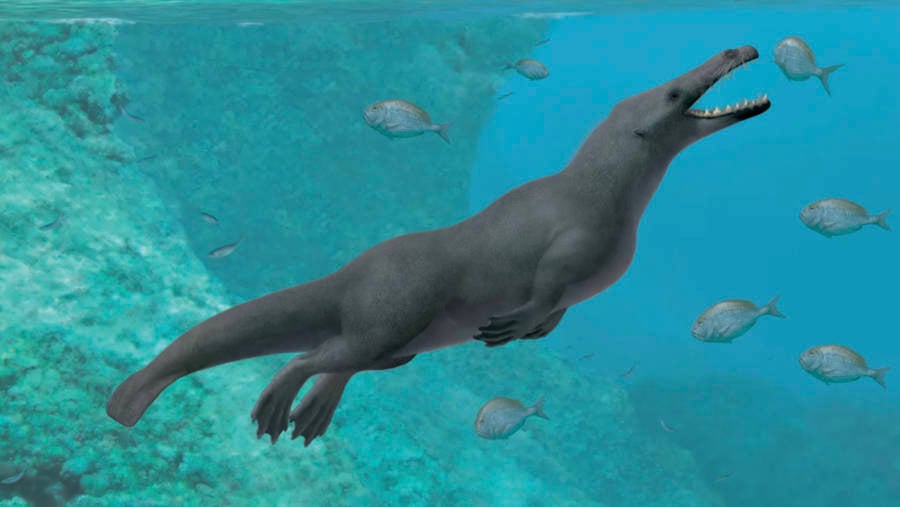 Upon arrival, the Peregocetus likely made Pacific waters their hub — particularly along the Peruvian coast — before making their trek to North America. For Erich Fitzgerald, the senior curator of vertebrate paleontology at Museums Victoria in Melbourne, these revelations are colossal.

“This is a genuinely surprising discovery based on a relatively complete fossil skeleton that shows that really ancient whales capable of swimming and walking made it to the Americas much earlier than previously thought,” he said.

“It has really intriguing implications for our understanding of the evolution of whales. There may be this whole chapter of the whale evolution story that happened in South America and elsewhere on the coastlines of the Pacific and southern oceans that we didn’t know about.”

Current BiologyAn illustration depicting the distribution of Protocetid whales during the Middle Eocene.

In the end, it seems as though the scientific community as a whole is both fascinated to see reliable South American records for this species and eager to see what revelations regarding whale evolution are lying in wait. For Lambert, the search for further data continues.

“We will keep searching in localities with layers as ancient, and even more ancient, than the ones of Playa Media Luna, so older amphibious cetaceans may be discovered in the future,” said Lambert.

Fitzgerald agrees: “There are clearly more twists in the whale’s tale that we haven’t even begun to imagine,” he said. “What is certain is that there are many more cetacean surprises waiting to be uncovered in the southern hemisphere.”

After learning about the ancient four-legged whale that reached South America 42.6 million years ago, read about the most bizarre ocean creatures on Earth. Then, discover some of the most terrifying prehistoric creatures that weren’t dinosaurs.