The Story Of Sherri Papini, The California Mom Who Lied About Being Kidnapped And Tortured By Two Hispanic Women

On November 2, 2016, Sherri Papini vanished near her home in Redding, California. Three weeks later, she re-emerged — with a bizarre kidnapping story. 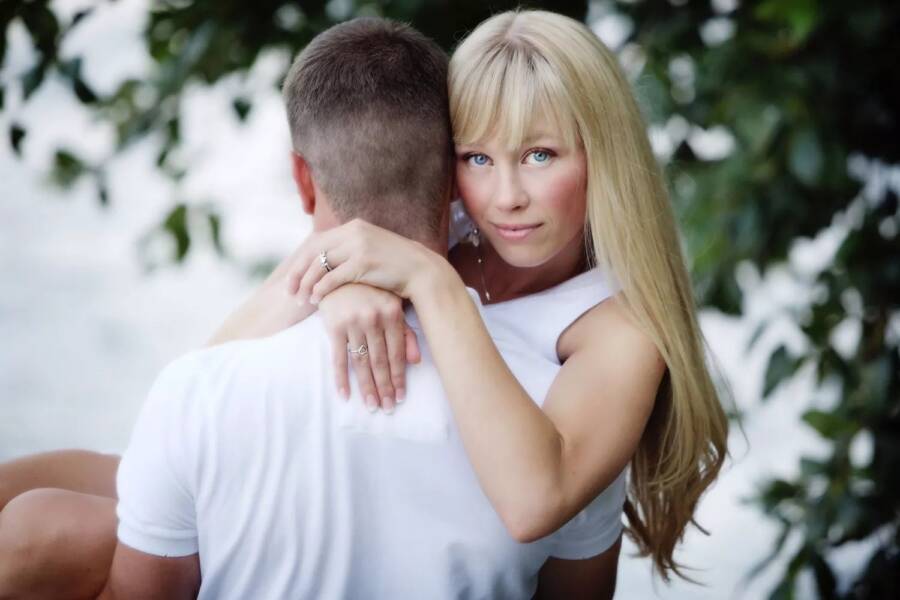 In November 2016, Sherri Papini disappeared while out for a jog in Northern California. She was found three weeks later on a highway about 140 miles away, battered and bruised, and with a story about how she’d been abducted and tortured by two Hispanic women. But it was a lie.

To the shock of Papini’s friends, family, and community, she had orchestrated her own abduction. She had not been tortured by anyone. Instead, she had gone to see an ex-boyfriend living 600 miles away.

This is the story of Sherri Papini, the woman who faked her own kidnapping — and then tried to conceal what she’d done with a bizarre lie.

Born on June 11, 1982, Sherri Papini (née Graeff) had a troubled youth. Per SFist, Papini allegedly burglarized her father’s house when she was 18 years old. And a few years later, Papini’s mother told the police that she believed that Papini was harming herself and trying to blame her for the wounds.

Her defense attorney later made the case that Papini’s childhood had been difficult and that’s what led to her later deceptions.

But Papini’s early years weren’t all painful. As she wrote in her wedding blog, she met her husband, Keith Papini, while they were in middle school. 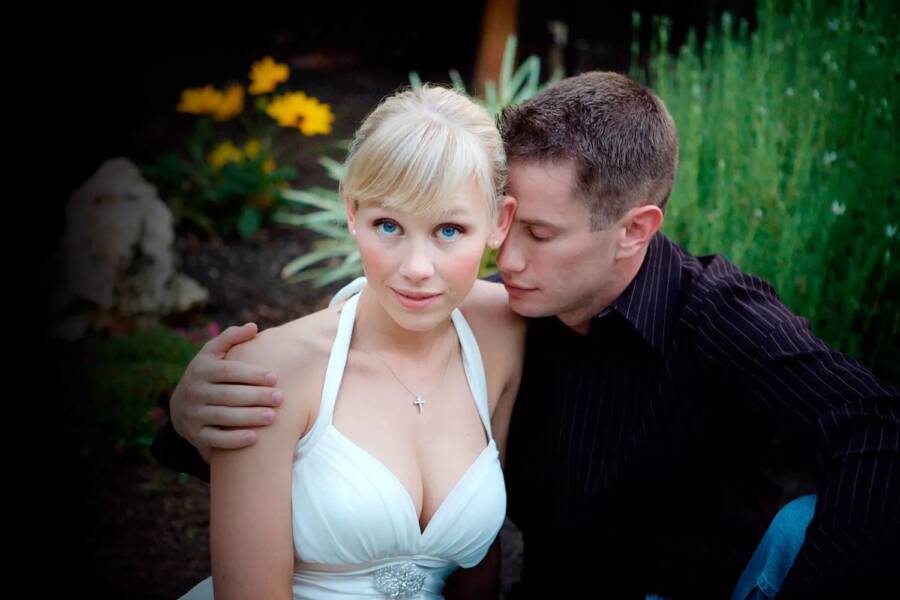 “It all started with a first kiss in middle school,” Sherri Papini explained in her blog. “He was in seventh grade, I was in eighth. I never imagined my middle school first kiss would turn out to be my husband!”

As PEOPLE explains, the two lost contact for years but later reconnected as adults. By that point, Sherri Papini had already been married and divorced, but she quickly fell for her old flame and planned her future with him.

“By our third date we were head over [heels] in love and have spent [every day] together since,” she wrote, per PEOPLE. “I have never been so happy. We always laugh and always smile. We enjoy each [other’s] company and make a great team! We’re best friends and a perfect couple.”

The pair got married in 2009 and had two children together in Redding, California. From the outside, they seemed to have an idyllic life. But then, in November 2016, Sherri Papini suddenly vanished without a trace.

Inside The Frantic Search For The Missing Mom

On November 2, 2016, Sherri Papini went out for a jog. As PEOPLE reports, her husband Keith came home to find that his wife was still gone. He realized something was wrong when he used the “Find My iPhone” app and found her phone discarded on the side of a road about a mile away.

Keith Papini called the police — and a massive search for his wife began.

“It is excruciating,” Keith Papini told ABC News at the time. “I don’t like to think too much about it because I just assume that I’m going to get a phone call any second or she’s going to show up at my house.”

Three weeks later, the case took an alarming turn. Then, the missing mother was discovered near a highway about 140 miles away from her home. She was emaciated and her hair had been cut off. And she had multiple injuries, including bruises, a swollen nose, and a brand burned into her shoulder. 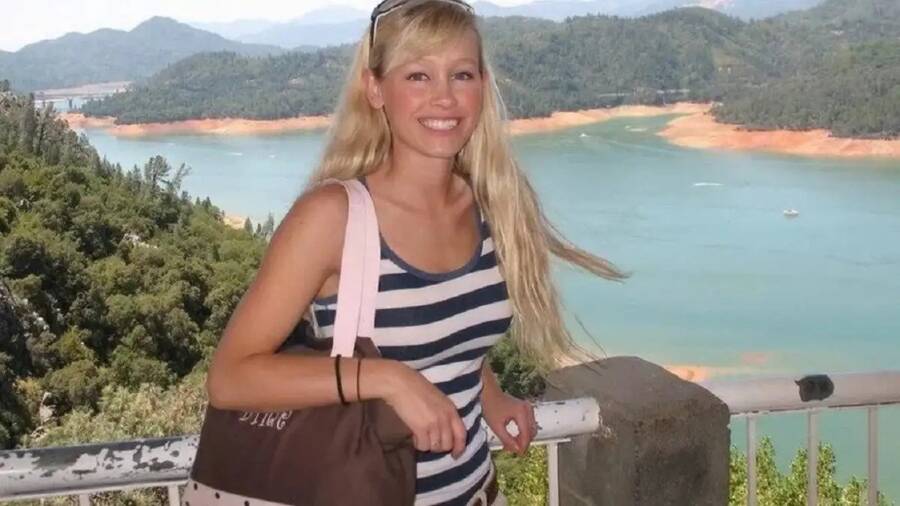 “The bruises were just intense,” Keith Papini told ABC News after his wife was found. “She’s always had very long, blonde hair [and] they chopped it off.”

Though Sherri Papini was initially reluctant to speak to the police — claiming, according to ABC News, that her abductors had planned to traffic her to someone in law enforcement — she eventually told an extraordinary story.

According to Sherri Papini, she had been abducted at gunpoint and held by two Hispanic women. CNN reports that Papini claimed the women had kept her chained in a closet, tortured her, and burned a brand into her shoulder.

From the beginning, the police noticed a few inconsistencies in Sherri Papini’s story. For example, she gave a few different reasons as to why her abductors had branded her. And when authorities found DNA on Papini’s clothing, they realized that it was from a man, not a woman.

What’s more, there was no clear reason why Sherri Papini had been abducted in the first place. And detectives found it odd that Papini’s headphones had been found coiled on top of her phone, and not in disarray.

But the case didn’t truly break open until 2020. Then, DNA recovered from Sherri Papini’s clothing was found to match her ex-boyfriend, James Reyes. ABC News reports that police spoke to Reyes, who said that Papini had told him she was being abused by her husband and asked for his help. (Reyes did not know at the time that the abuse allegations were unfounded.) 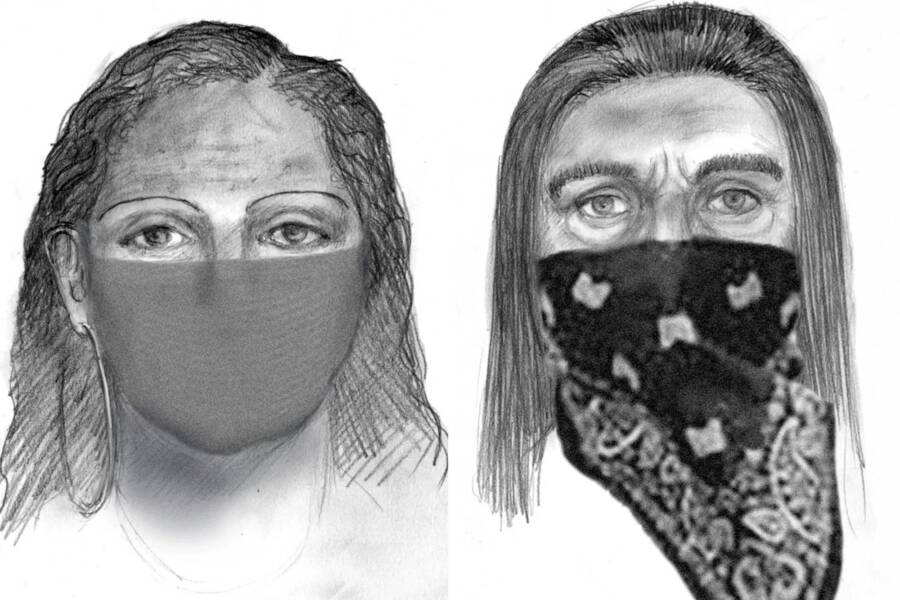 Federal Bureau of InvestigationAn FBI sketch of Sherri Papini’s alleged kidnappers, who police were looking for until 2020.

Reyes explained that Sherri Papini had stayed at his home of her own free will for weeks, hundreds of miles away from where her friends and family were conducting a desperate search. Around Thanksgiving, he said that she missed her kids and wanted to go home. But first, she wanted to injure herself — and she even asked Reyes to help her fake a few of her wounds.

“I’m like, ‘oh, this is probably going to hurt.’ I mean, I’ve never done this,” Reyes told investigators of when he branded Papini on her request.

After Reyes passed a polygraph test, the police brought Sherri and Keith Papini in for questioning. They told them that the DNA on Sherri Papini’s shirt belonged to Reyes — and then continued to blow apart the hoax. 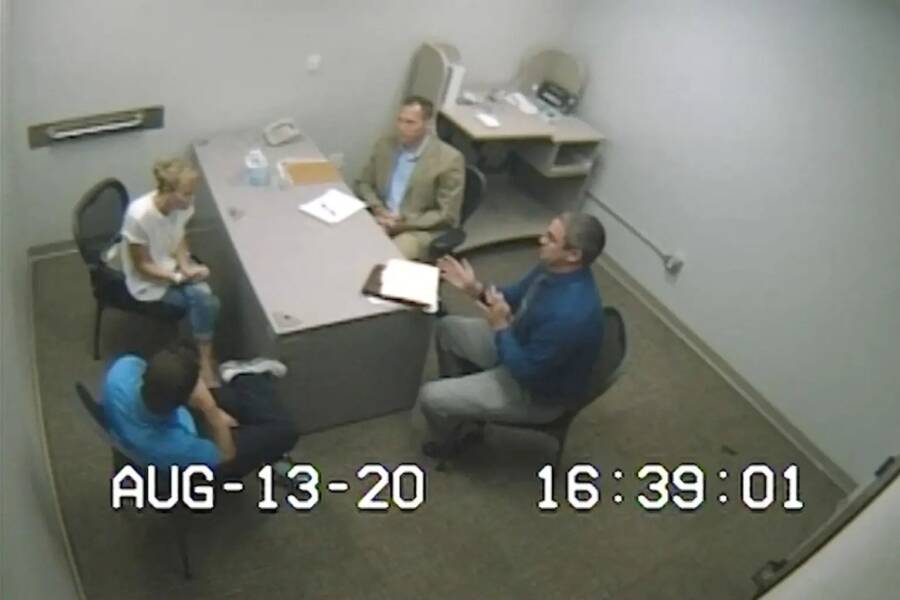 Shasta County Sheriff’s OfficeSherri Papini and her husband during her 2020 interrogation.

The investigator told Sherri Papini that there was no use in denying it.

“[Reyes] told us what happened and gave us details nobody else would know,” he said. Before long, Keith Papini had left the interrogation room.

What Happened To Sherri Papini After The Hoax?

In March 2022, Sherri Papini was arrested and charged with making false statements and mail fraud. She pleaded guilty that same year.

As for Keith Papini, he soon filed for divorce. “I’m the idiot husband who stayed around the whole time,” he told investigators, according to ABC News.

Sherri Papini’s family members and the authorities weren’t the only ones outraged by her kidnapping hoax. The local community who had searched for her when she was supposedly missing and who supported her after her “rescue” were also furious. And Latinas in the area felt especially betrayed.

One activist said that Papini’s false claims about her “Hispanic abductors” caused anxiety among Latinas, especially when sketches of the alleged suspects came out: “Latina women were fearful that they might look like one of those people in the sketch.” And as prosecutors later revealed during Papini’s trial, numerous “innocent individuals” indeed became targets of the criminal investigation, as authorities searched in vain for fictional abductors. 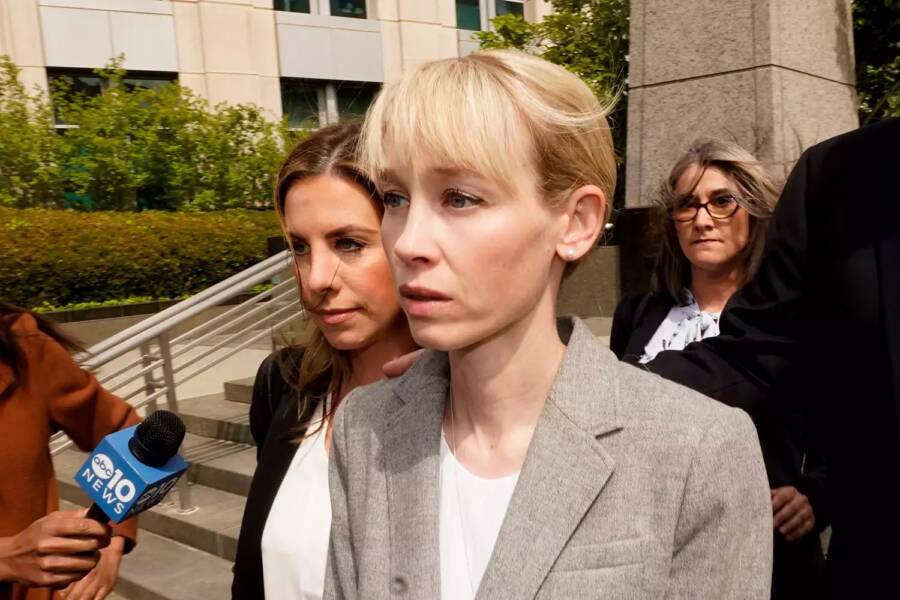 TwitterSherri Papini at her trial in 2022.

Ultimately, Sherri Papini was sentenced to 18 months in prison for her deception. In addition, she was ordered to pay $309,902 in restitution to the California Victim Compensation Board, the Social Security Administration, the Shasta County Sheriff’s Office, and the FBI, according to NBC News.

“I stand before you humbled by the court. I’m so sorry to the many people who have suffered because of me. I thank you all,” Sherri Papini said before her sentencing, according to PEOPLE. “I am guilty of lying and dishonor. I trust in this court… and I trust in you. What was done cannot be undone. I am choosing to humbly accept all responsibility.”

Papini never offered a motive for her hoax. A psychiatrist later suggested that she might have been seeking fame and fortune, or perhaps trying to avoid a real-life problem — such as a divorce — by inventing a fake crisis.

Though Sherri Papini was found out, her deceit shocked her loved ones, her community, and the entire nation. It proved that sometimes things aren’t as they appear — and when a story seems off, there’s often a reason why.

After reading about Sherri Papini’s kidnapping hoax, go inside the infamous 1932 kidnapping of the Lindbergh baby. Then, learn about the 30-year mystery of nine-year-old Michaela Garecht’s kidnapping.