Elvis Francois survived for 24 days in the Caribbean with only ketchup, garlic powder, and bouillon cubes to eat. 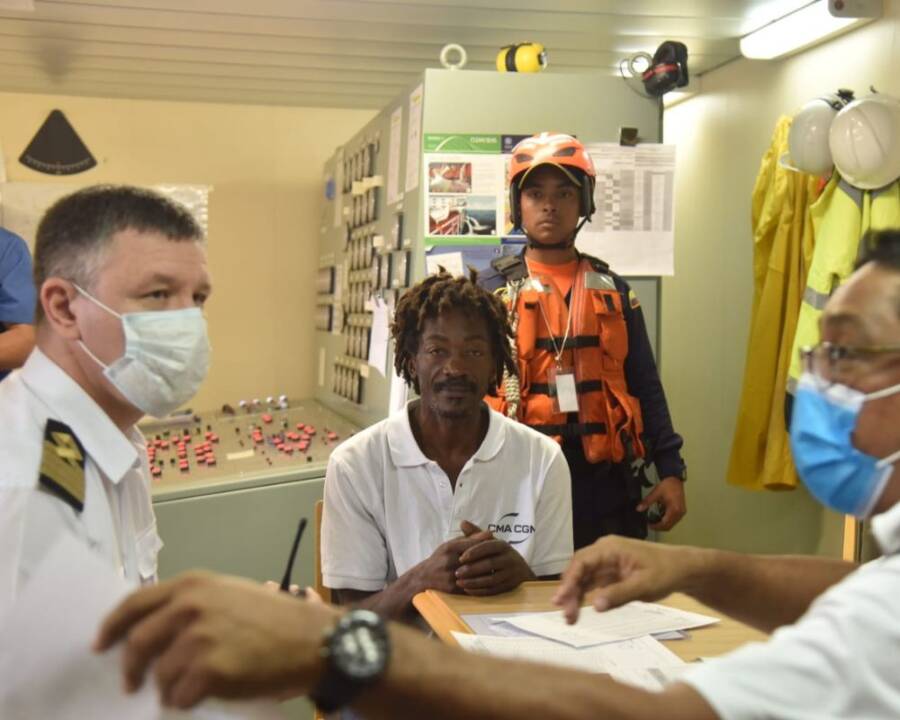 The Caribbean is known for its beautiful beaches, crystal clear water, and laid-back lifestyle. But for one man, paradise quickly turned into a nightmare after he was lost off the coast of Saint Martin with only ketchup to eat.

Elvis Francois, 47, was found 120 nautical miles from Colombia’s Puerto Bolívar on Jan. 16th after a plane spotted the word “HELP” engraved on the hull of Francois’ sailboat, the Colombian navy reported in a tweet.

“I had no food. It was just a bottle of ketchup that was on the boat, garlic powder and Maggi (bouillon cubes) so I mixed it up with some water,” Francois said in a video recorded by his rescuers.

Francois, who is originally from the island of Dominica, remarked that he had been making repairs to his boat off the coast of Saint Martin in December when bad weather conditions pulled the vessel out to sea.

He explained that he lacked the navigational skills to direct himself back to shore, and so his weeks-long ordeal began.

“I tried to [go] back to port, but I lost track because it took me a while to mount the sail and fix the sail,” Francois said. “I [called] my friends, my coworkers. They tried to contact me, but they lost service. There was nothing else I could do than sit down and wait.”

Over the 24-day period that Francois was lost at sea, he had only condiments for nourishment, and he used a cloth to collect rainwater. He spent his time trying to keep water out of his sailboat and attempting to attract attention by lighting a fire, which failed.

“Twenty-four days — no land, nobody to talk to. Don’t know what to do, don’t know where you are. It was rough,” he said. “At a certain time, I lose hope. I think about my family.” 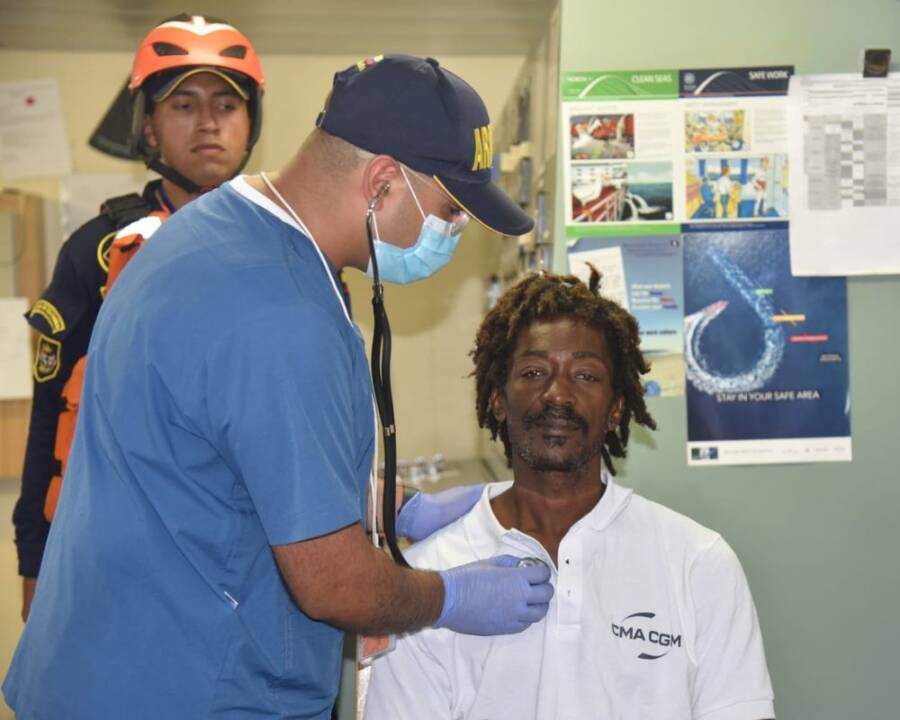 Twitter/Última Hora CaracolElvis Francois receives a medical examination after his rescue by the Colombian navy.

After he was finally rescued, Francois was taken to the Colombian port city of Cartagena for medical treatment. There, he was able to speak to Colombian authorities about his ordeal and work with immigration officials to arrange his trip back home to Dominica.

According to CBS News, Colombian Army Commander Captain Carlos Urano Montes said that they found Francois “to be in good health,” though he had lost a bit of weight.

Francois expressed his immense gratitude for the rescue team, stating: “At some point, I lost hope and thought about my family, but I thank the Coast Guard. If it weren’t for them I wouldn’t be telling the story.”

Colombian officials have confirmed that Francois was transferred to immigration authorities to begin his journey back home.

After learning how Elvis Francois survived for 24 days at sea, discover more of the most unfathomable survival stories from across the globe. Or, read about a teen who survived 49 days at sea in a floating hut.

Amber Breese
Amber Breese is an editing fellow for All That's Interesting. She graduated from the University of Florida with a degree in political science, history, and Russian. Previously, she worked as a content creator for America House Kyiv, a Ukrainian organization focused on inspiring and engaging youth through history and cultural exchanges.
You might also like
×
Follow ati On
Join The All That's Interesting Weekly Dispatch
Like Follow