In September 1982, seven people were killed after taking Tylenol capsules laced with cyanide. Though a massive recall and investigation were launched, the perpetrator was never found. 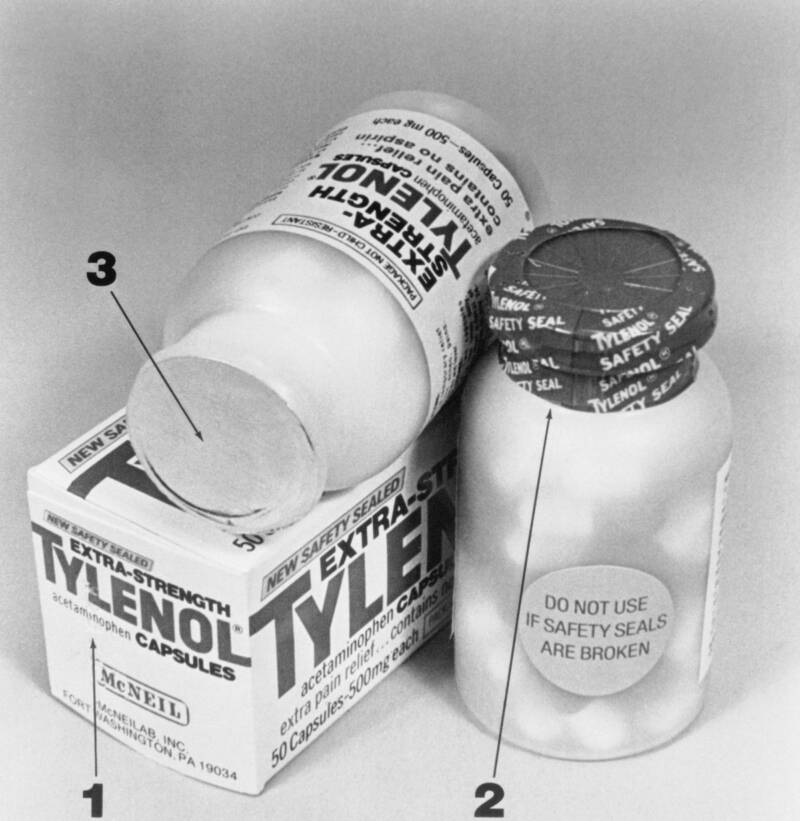 In 1982, Chicago experienced a wave of unexplained deaths in a gruesome case that’s now known as the Tylenol Murders.

Seven people, ranging in age from 12 to 35, had died suddenly. The only thing all seven had in common? They had all taken the popular over-the-counter painkiller, Tylenol.

An investigation soon revealed that the victims’ Tylenol had all been laced with cyanide — but how the poison made it into their bottles remains unsolved to this day.

In the early morning of Sept. 29, 12-year-old Mary Kellerman woke up feeling too sick to go to school. She took a capsule of extra-strength Tylenol. “I heard her go into the bathroom. I heard the door close. Then I heard something drop,” Kellerman’s father later recalled. “I opened the bathroom door, and my little girl was on the floor unconscious.”

She died in her home within four hours of taking the over-the-counter medicine.

Meanwhile, a 27-year-old postal worker named Adam Janus was rushed to the hospital, where he ultimately died from unknown causes. He, too, had taken Tylenol earlier that day. The deaths continued. Shortly after Janus’ funeral, his brother and sister-in-law died suddenly, too.

Over the next few days, three women died mysteriously, their causes of death almost identical to those in the Janus family and that of Mary Kellerman.

Police soon realized the one thing that all seven deaths had in common: All of the victims had taken Tylenol capsules, two half-shells filled with powdered acetaminophen. But how could these painkillers have killed them?

Tylenol samples were taken from each household, and it was revealed that the bottle at Mary Kellerman’s house, as well as the three individual women’s bottles, had been tainted with the deadly poison cyanide.

Adam Janus’ bottle was tainted as well, and police believe that during the funeral his brother and sister-in-law unknowingly took capsules from the same bottle that had killed him.

The Pills Were Laced With Cyanide 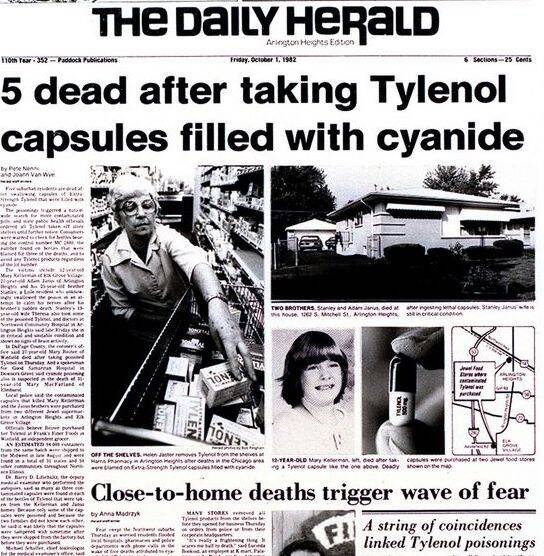 The Daily HeraldHeadlines about the Chicago Tylenol murders at the time it happened.

As the police investigated the deaths, Tylenol manufacturer Johnson & Johnson issued a nationwide recall of their products, as well as a warning to every hospital and pharmacy in the country that used Tylenol.

The company also offered to exchange every capsule of Tylenol purchased by the public with solid pills, which had a much lower risk of contamination.

A long investigation revealed that the cyanide contamination had not come from within the Johnson & Johnson facilities because each of the contaminated bottles had come from different suppliers. The issue remained though, as to where the poison had come from.

Police eventually discovered that the bottles of Tylenol must have been purchased by the culprit, contaminated at their home, and then returned to the store shelves where they were bought by the victims.

Though the case was highly publicized nationwide, police never caught the person responsible. However, there was one suspect, initially, who has remained the prime suspect ever since: a man named James William Lewis.

Lewis had sent a letter to Johnson & Johnson asking for $1 million if they wanted the poisonings to stop. He was later convicted of extortion and served 13 years of a 20-year sentence.

He has denied all responsibility for the killings ever since his release, even though the Department of Justice investigators maintain that he is the most likely culprit.

Invention Of The Tamper-Evident Seal 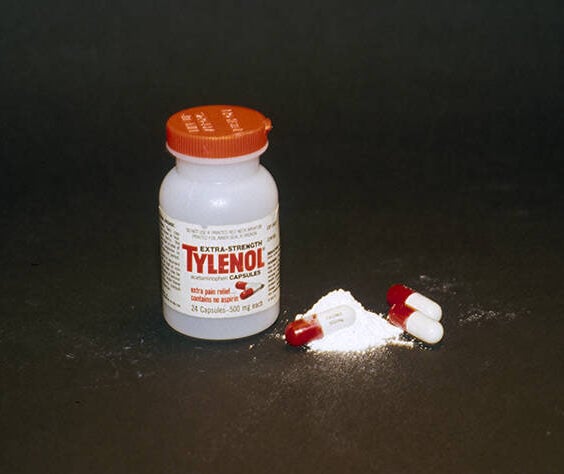 Though the culprit involved in the Chicago Tylenol murders was never caught, the deaths and subsequent investigation sparked a huge change in the manufacturing and packaging of Tylenol.

The capsules were reintroduced, but so were solid pills that were much harder to contaminate, along with a new tamper-proof package. Johnson & Johnson also established a relationship with the Federal Bureau of Investigation and the Food and Drug Administration.

In addition to new tamper-proof seals, tampering itself was made illegal. This resulted in one individual being sentenced to 90 years in prison for a copycat crime of the Tylenol murders.

Though the initial response to the scare was to stop purchasing Tylenol, Johnson & Johnson quickly turned the scare into a rebranding, and the company’s response was widely heralded as one of the best responses to a corporate crisis ever.

Indeed, just a few months after the horrific deaths, Johnson & Johnson’s stock soared past where it had been before the scare.

Now that you’ve read about the Chicago Tylenol murders, read about the woman who accidentally poisoned 15 of her family members — when she was really only trying to poison her husband. Then, read about how the Prohibition government in the United States once killed thousands of people by poisoning alcohol.