Researchers believe that Indigenous people in Peru's Chincha Valley developed the practice of stacking spines on posts to reassemble bodies of the dead destroyed by Spanish colonists. 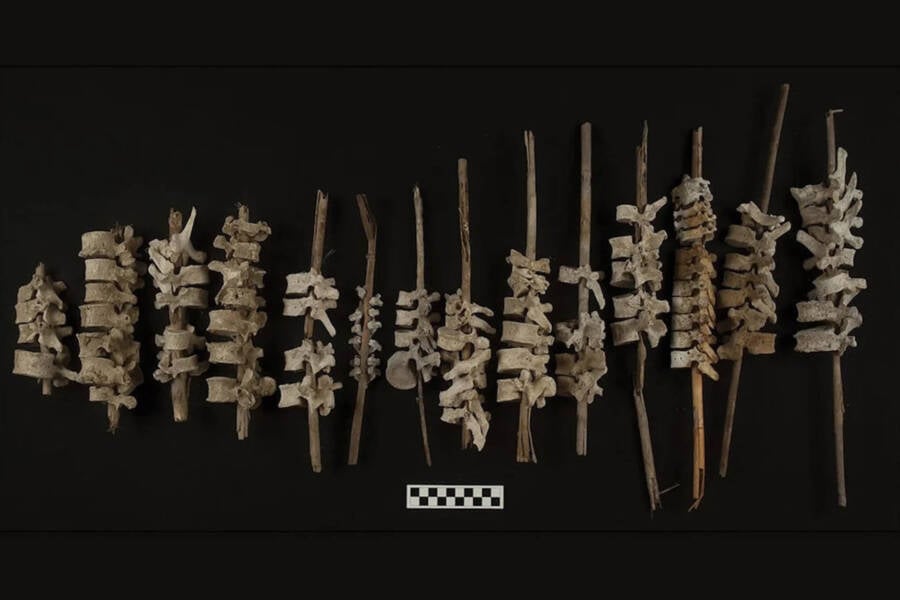 C. O’SheaA collection of the spines found threaded on posts in Peru.

In Peru’s Chincha Valley, local farmers have long considered spines threaded onto posts as “ancient objects.” But it was only recently that archeologists began studying the phenomenon of “vertebrae on posts” in depth. Now, they’ve discovered nearly 200 examples — and they think they know how the practice developed.

According to a study published in the journal Antiquity in February 2022, ancient Indigenous groups likely used posts to reassemble bodies after Spanish looting destroyed them.

“These ‘vertebrae-on-posts’ were likely made to reconstruct the dead in response to grave looting,” explained archeologist Jacob Bongers of the University of East Anglia, the lead author of the study.

“Our findings suggest that vertebrae-on-posts represent a direct, ritualized, and indigenous response to European colonialism.”

Bongers and his team studied 192 spines found in the Chincha Valley, once the location of the powerful Chincha Kingdom. Most of the spines were found in ancient graves called chullpas, which sometimes held hundreds of people. All but one of the posts they discovered contained a single person’s spine.

Significantly, radiocarbon dating shows a disparity between the time the bones were buried and when they were threaded together. The bones date to the early 16th century until about 1530 — but they were assembled onto sticks nearly 40 years later.

That date range corresponds with the arrival of the Spanish in Peru, who looted and destroyed Indigenous graves. 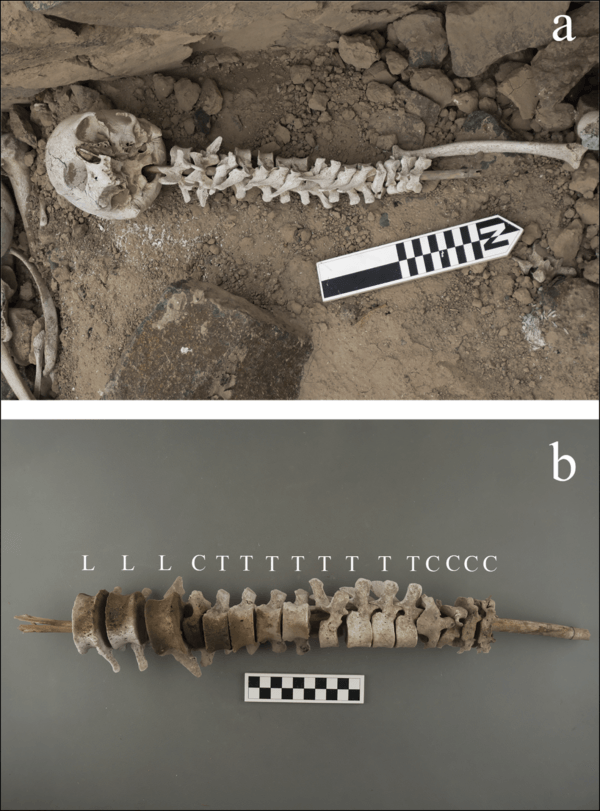 J.L. BongersOne of the threaded spines even had a skull attached.

“Looting of indigenous graves was widespread across the Chincha Valley in the colonial period,” explained Bongers.

“Looting was primarily intended to remove grave goods made of gold and silver and would have gone hand in hand with European efforts to eradicate indigenous religious practices and funerary customs.”

In other words, Europeans had two goals while looting the Chincha tombs. They wanted to collect buried treasures, but they also wanted to destroy indigenous graves and force people toward Christian traditions instead.

But local people resisted. For them, the body’s integrity after death was essential. And Bongers and his team believe that that led them to revisit the destroyed graves — and start threading spines onto posts in order to reassemble the bodies of their ancestors.

“When you look at all data we gathered, all of that supports the model that these were made after these tombs had been looted,” Bongers explained.

“They’re trying to reconstruct their dead; they’re picking up the pieces of their dead, and trying to put them back together.”

He noted that the practice appeared to be widely accepted.

“The fact that there’s 192 of these and that they’re widespread… it means on one level that multiple groups of people coordinated and responded in a shared way, that this interesting practice was deemed the appropriate way of dealing with disturbed bodies of the dead,” he explained. 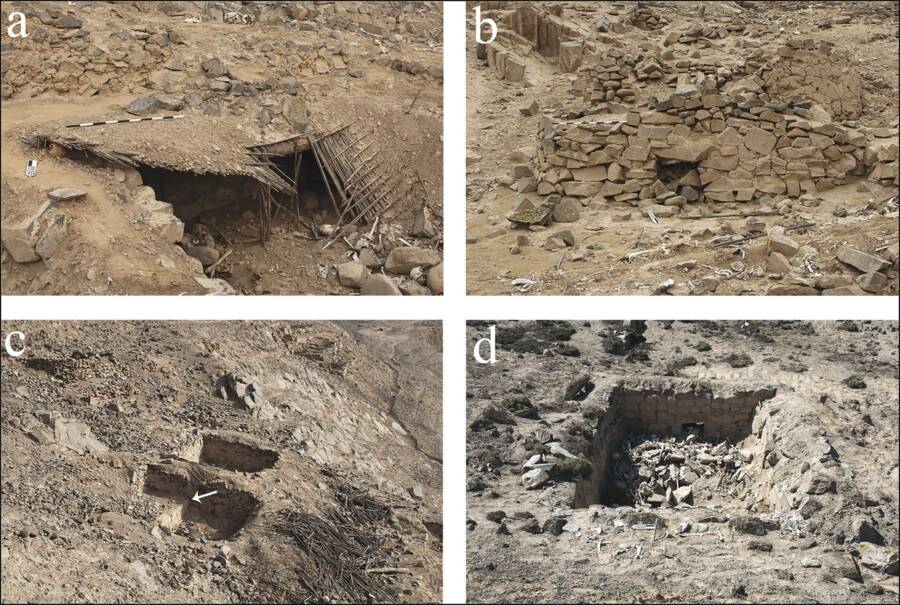 J.L. BongersChullpas, ancient Peruvian graves, in the Chincha Valley where many of the spines were discovered.

From 1000 to 1400, the Chincha Kingdom ruled over the Chincha Valley. Bongers described it as a “wealthy, centralized society that dominated Chincha Valley during the Late Intermediate period, which is the period that precedes the Incan Empire.”

In the 15th century, the Chincha Kingdom was subsumed by the Inca Empire, though it maintained a level of autonomy. But the arrival of the Europeans devastated indigenous people there. Between 1533 and 1583, the number of heads of households plummeted from 30,000 to just 979 as people struggled with famine and epidemics.

Bongers explained that the threaded spines reflect the “turbulence” suffered by people in the Chincha Valley during this era.

“Ritual plays important roles in social and religious life, yet can become contested, especially during periods of conquest in which new power relationships become established,” he noted. “These finds reinforce how graves are one area where this conflict plays out.”

And studying graves can speak volumes about how people lived, worshipped, suffered, and died.

“Mortuary practices arguably are what make us human — this is one of the key distinguishing features of our species,” Bongers said.

After reading about the Peruvian spines threaded onto posts, learn about the rope-bound mummy archeologists found in Cajamarquilla, Peru. Or, discover how Peruvians gathered to reweave the Q’eswachaka bridge that fell into a river during the pandemic.