A Presbyterian minister, Sylvester Graham believed that all of America's moral failings could be traced back to an unholy diet — and created a strict meal plan to "cure" society's ills. 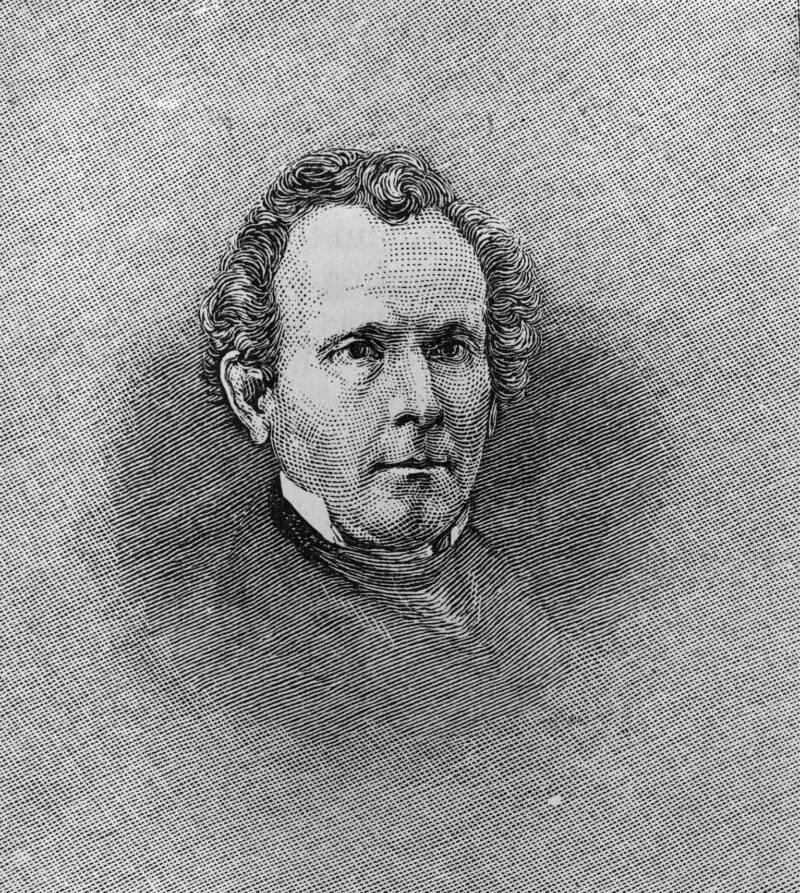 In the 1830s, a restrictive diet craze launched by a Presbyterian minister named Sylvester Graham swept across America.

This was an era of religious transformation in the nation. Known as the Second Great Awakening, this time period ushered in the emergence of Mormonism and saw a boom in evangelical Protestantism. Americans flocked to sermons where preachers railed against the dangers of alcohol and tobacco, claiming that all of the nation’s moral failings came from such vices.

In this environment, Sylvester Graham loudly declared that the foods on Americans’ plates also contributed to such moral failings, and he asserted that a healthy diet would lead to a morally superior life. To Graham, this meant giving up alcohol, meat, and processed foods.

The preacher especially pedaled an invention of his own, coarse-ground wheat flour, that eventually gave birth to his eponymous Graham Cracker. But before the sweet treat became a vehicle for s’mores, the Graham Cracker represented a sacred diet that was thought to keep people further from evil and closer to god.

Born in Suffield, Connecticut, on July 5, 1794, Graham came of age as industrialization swept America. The number of people living in cities grew, and new factories began pumping out loaves of bread for city-dwellers to eat.

At the same time, Graham was raised in a family of practitioners and preachers. His father, a reverend, died when he was an infant, so Graham was raised by various relatives. He also became interested in the temperance movement, a religious effort to convince people to abstain from alcohol, as a young man.

When he first took to the pulpit after being ordained in 1826, Graham announced that there were two twin evils destroying American morality: sex and gluttony. To tamp down on sexual urges, Graham promoted a diet stripped of flavor, meat, and heat, three things he claimed stimulated immoral urges in people.

Graham also specifically targeted bread as the crux of the country’s moral failings. He told tales of how Americans once baked whole wheat bread at home and now indulged in factory-made white bread, which he claimed “is an evil to eat such vile stuff.”

However, in an era before food safety regulations, Graham was onto something. Bakers did sometimes bulk up their white flour with chalk or clay. Rather than buy such harmful bread from bakeries, Graham created his own version of whole-wheat flour, known as graham flour. He encouraged his followers to bake loaves of this dense, coarsely ground flour, as well.

But this was just just the beginning of Sylvester Graham’s bizarre dietary advice. 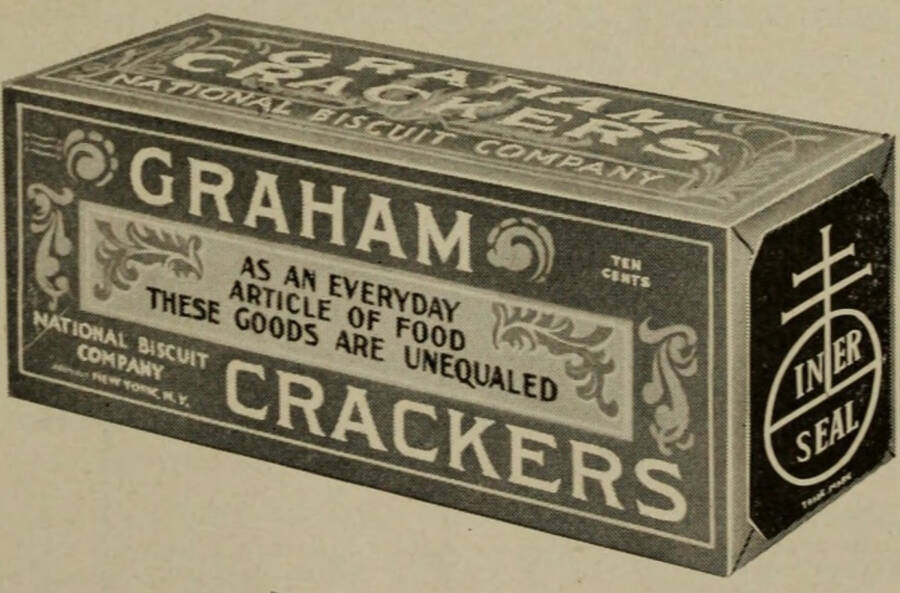 Because Graham believed certain foods were at the center of America’s moral crisis, he encouraged his followers to eat whole grains, vegetables, and fruit, and he ordered his audiences to avoid meat and all spices. This was because, he claimed, meat, alcohol, and even hot food stimulated the body in an unholy way.

The so-called Graham diet was about more than avoiding “stimulating” foods, however. Followers were supposed to control their portions and limit their consumption to two meals a day. Graham promised this diet would revolutionize people’s health while controlling their lustful urges.

Yet, the Graham diet grew in popularity. Followers claimed the diet cured their medical issues. Graham flour became a staple in mid-19th-century stores. So-called Grahamites even opened boarding houses that specialized in his bland meals.

In 1838, Oberlin College served Graham meals in its dining halls. One professor lost their job after daring to sprinkle black pepper on a dish. The college eventually revoked the diet after students revolted.

Indeed, Graham’s strict dietary rules earned him enemies. During an 1837 lecture, American butchers and bakers protested outside of Graham’s hotel. The conflict turned violent when Graham’s supporters threw sacks filled with lime at the protesters.

The Birth of the Graham Cracker

Despite the controversy that followed him, Sylvester Graham was hailed by the likes of Ralph Waldo Emerson as the “prophet of bran bread.” And a product made from his eponymous graham flour would carry on into the 21st century.

But before the first graham crack came out of the oven, Sylvester Graham died in 1851 at the age of 55, convincing his critics that his diet had not worked, though others claimed that Graham turned his back on the diet and ate meat before his death.

Still, graham flour remained popular. Grahamites continued to preach the diet’s virtues, and even Dr. John Harvey Kellogg, a follower of Graham, invented granola and cornflakes after being inspired by the Graham diet.

The first graham crackers appeared in 1900, a half-century after Graham’s death. Soon, the cracker became a mass-produced snack. 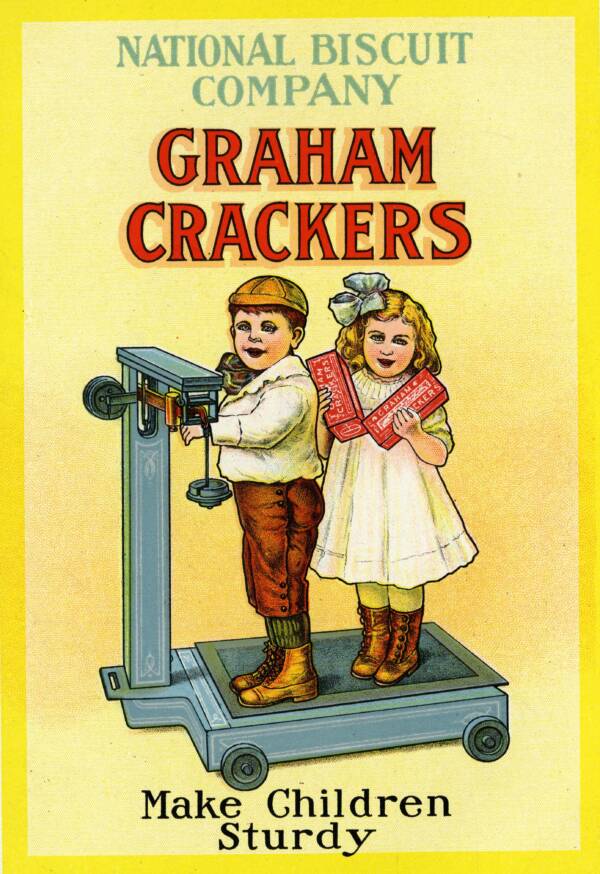 In 1931, the National Biscuit Company came up with a twist on graham crackers by adding sugar to the coarse wheat. That company – which changed its name to Nabisco – turned graham crackers into a household product.

Ironically, Sylvester Graham would have hated graham crackers. Mass-produced and sugary, they were the antithesis of Graham’s diet.

Sylvester Graham’s focus on eliminating processed food and consuming more fruits and vegetables would fit right in with today’s dietary recommendations. Despite his strange connection between sex and food, some still celebrate Graham as one of the fathers of vegetarianism.

After reading about Sylvester Graham, learn about the world’s most absurd fad diets. Then, check out some medieval foods you’ll be glad are ancient history.