How Christa Pike Became The Youngest Woman Sentenced To Death In U.S. History

On January 12, 1995, Christa Pike brutally murdered Colleen Slemmer with Tadaryl Shipp in the woods of Knoxville, Tennessee. And instead of hiding her crime, she decided to show it off.

Like many people, Christa Pike lived a troubled life and dropped out of high school at a young age.

But unlike many people, Christa Pike committed a brutal murder when she was barely a legal adult — and became the youngest woman to be sentenced to death in the United States.

The killing of her classmate, Colleen Slemmer, stemmed from a combination of irrational jealousy, a perverted interest in devil worship and the occult, and what she claimed was a life filled with poverty, family instability, and out-of-control drug addiction. 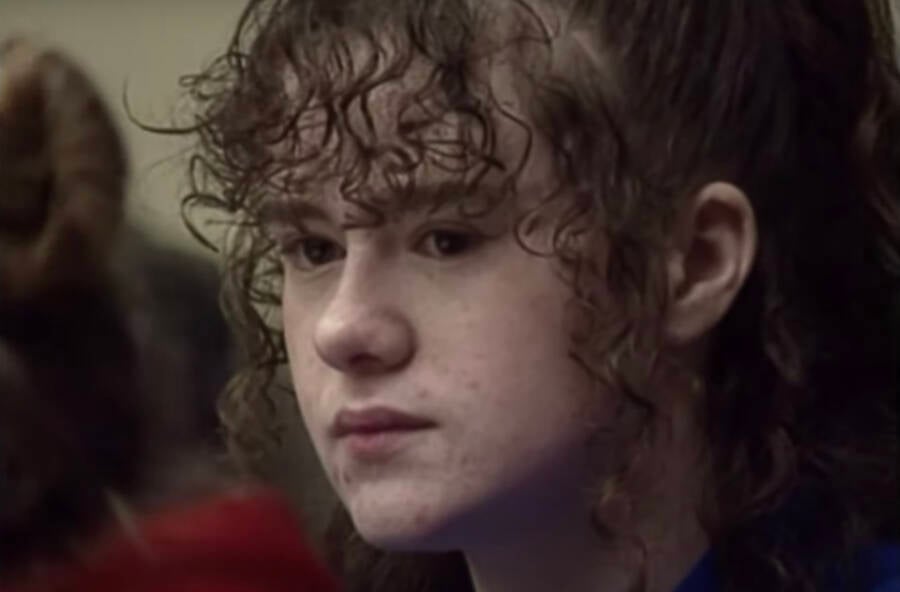 YouTubeChrista Pike murdered Colleen Slemmer in 1995 when she was just 18 years old.

But, as always, there was so much more to the story.

Born on March 10, 1976, in West Virginia, Christa Gail Pike’s life got off to a rocky start. Her mother was a “party girl” who was more interested in drinking and drugging than she was in raising her daughter. Her father wanted no part in caring for her. As a result, Christa was raised by her grandmother for most of her early life.

But Pike’s grandmother died when she was only 12 years old, turning Pike’s world upside down. Shortly after her grandmother passed away, Christa Pike moved back in with her mother, who introduced her to marijuana when she was just a young teenager. 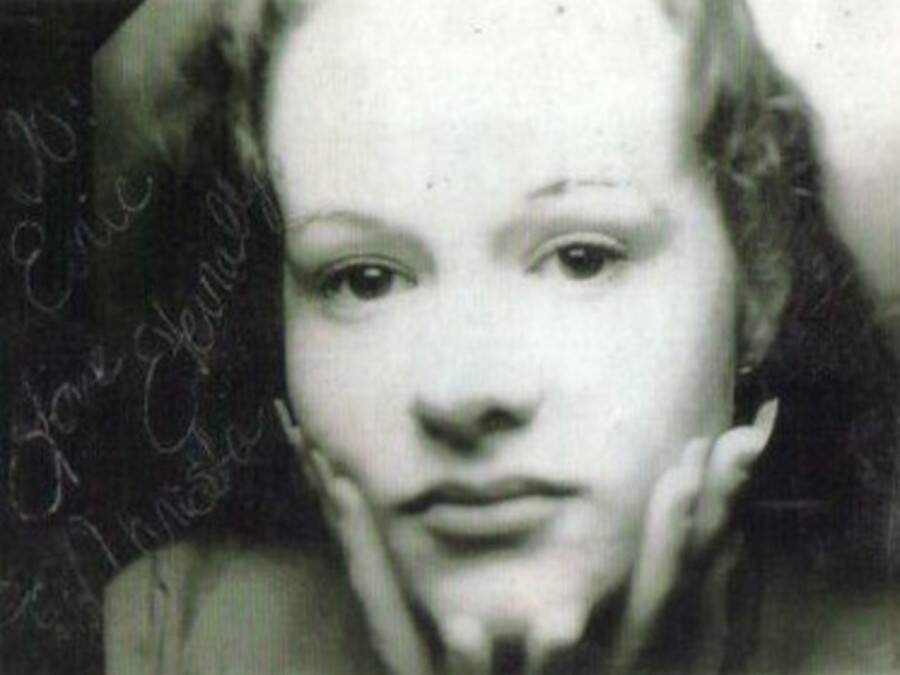 Public DomainChrista Pike seemed to have a violent streak from a young age — a streak which culminated with a brutal murder at Job Corps.

She dropped out of high school and was subsequently arrested for shoplifting. Christa Pike’s shoplifting charge led to a one-month stint in juvenile detention. Upon her release, she joined Job Corps, where she would train to become a nurse technician.

But instead of focusing on her studies, Pike focused on boys — namely Tadaryl Shipp. And this obsession with Shipp kicked off a chain of events that culminated in the murder of an innocent girl.

The Knoxville Job Corps Killing: The Murder Of Colleen Slemmer

Like Christa Pike, Tadaryl Shipp also came from a less-than-desirable background. Raised by a single mother, Shipp dropped out of high school in the 9th grade and went on to get involved with known gang members. At his mother’s urging, Shipp also joined the Knoxville Job Corps, where he enrolled in the culinary arts program.

WBIR Channel 10 on the 25th anniversary of Colleen Slemmer’s murder.

According to fellow Job Corps attendees who knew both Shipp and Pike, their “love affair” developed very quickly.

They both were drawn to Satanism and the occult — or, perhaps more accurately, a warped version of it — and this obsession attracted other Job Corps attendees, including Shadolla Peterson. 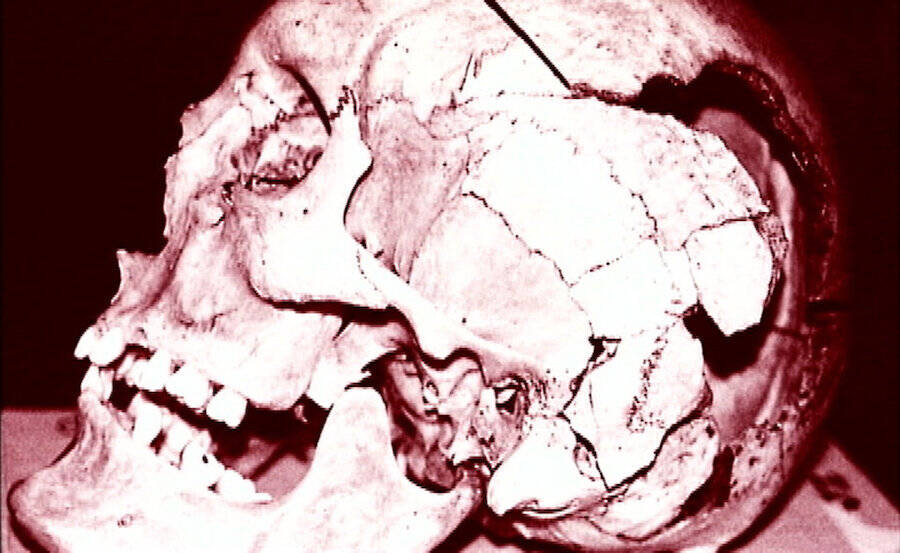 Public DomainThe skull of Colleen Slemmer was given to her mother — but the fragment Christa Pike stole remains missing.

Enter Colleen Slemmer — a pretty, enthusiastic native of Jacksonville, Florida, who came to the Knoxville Job Corps to study computer technology. Within three months of Slemmer’s arrival, Pike and Slammer were at loggerheads.

According to Pike, Slemmer was “hitting on” Shipp and trying to “steal” him away from her. Though Slemmer and her friends denied that Slemmer had any romantic interest in Shipp, Christa Pike convinced both Shipp and Peterson that Slemmer needed to be “sacrificed in the name of Satan.”

On January 11, 1995, Pike told her friend Kim Iolio that she’d planned to kill Slemmer because “she just felt mean that day.” Iolio dismissed it as “just talk,” but her dismissal would soon turn to regret.

The next night, Pike, Shipp, and Peterson lured Slemmer out to the woods with the promise of some marijuana. Once she got to the woods, Christa Pike and Tadaryl Shipp viciously attacked her while Peterson served as the “lookout” for the pair.

For the next half-hour, Slemmer was taunted, beaten, and slashed, and Christa Pike even went so far as to carve a pentagram into her chest.

Christa Pike ultimately ended Colleen Slemmer’s life by bludgeoning her with a large piece of asphalt. She kept a piece of Slemmer’s skull as a souvenir.

Christa Pike in her own words at trial.

Even though none of Christa Pike’s friends or co-conspirators reported her crime to the police, it didn’t take long for Colleen Slemmer’s body to be recovered.

But thanks to her bragging about the crime to her fellow Job Corps attendees — even going so far as to show off the piece of Slemmer’s skull to some of her friends — police were quickly led to Pike’s front door, where they interviewed her on January 15, 1995.

When questioned, Pike waived her Miranda rights and confessed to the crime in her own words. Initially, she claimed that she just wanted Slemmer to “leave her the hell alone,” but the brutality of the crime suggested something entirely different.

Within 36 hours of the crime, Christa Pike, Tadaryl Shipp, and Shadolla Peterson were all arrested for their role in the murder of Colleen Slemmer. 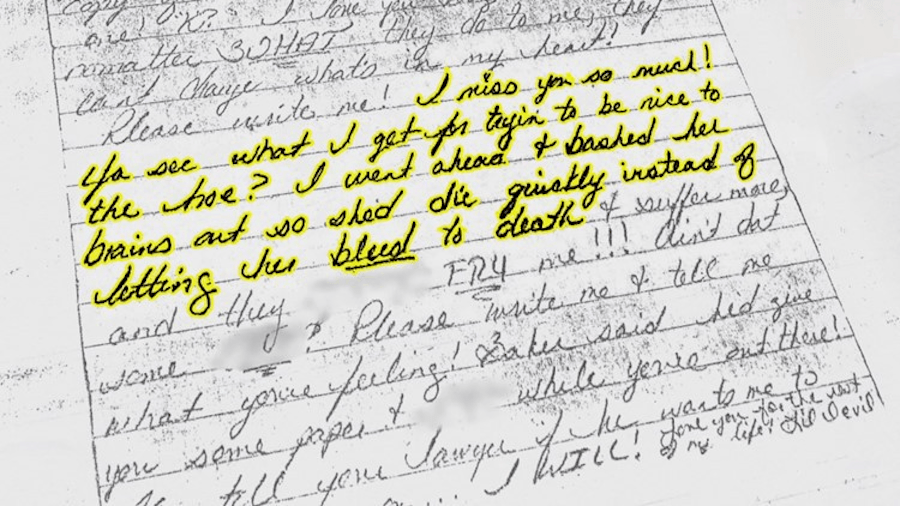 YouTubeChrista Pike’s letter to Tadaryl Shipp, which was read aloud in court.

At trial, Christa Pike’s attorneys unsuccessfully argued that her “diminished mental capacity” caused the murder. However, Dr. Eric Engum testified that while Pike had “very severe” borderline personality disorder, a dependency on cannabis, and depression, she suffered from no symptoms of brain damage or insanity.

What’s more, Dr. William Bernet — an expert in Satanism who also testified at Pike’s trial — claimed that while there were some “satanic” elements to Pike’s crime, it was more indicative of “an adolescent dabbling in Satanism” and an act of collective aggression than it was a “sacrifice to Satan” or a true Satanic crime.

Pike’s attorneys also called members of her family to testify to her “difficult” upbringing in another failed attempt to display a mitigating factor to the murders. Initially, another expert — Dr. Diana McCoy — was due to testify to Christa Pike’s diminished capacity, but her testimony was scrubbed at the last minute. 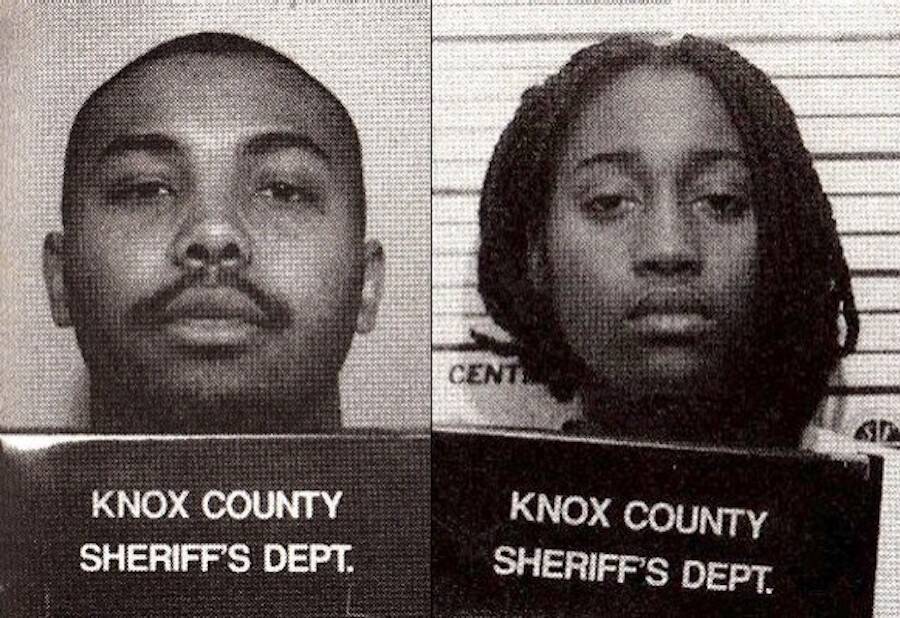 Ultimately, the jury convicted Tadaryl Shipp of murder, and he was sentenced to life with the possibility of parole after 25 years.

Shadolla Peterson testified for the state; in exchange for her testimony, she pleaded guilty to being an accessory after the fact and was sentenced to probation.

Christa Pike, meanwhile, was convicted of capital murder and conspiracy to commit murder after just two-and-a-half hours of jury deliberation. On March 30, 1996, she was sentenced to death by electrocution for the murder charge.

On June 6, 1996, she was sentenced to 25 years for the conspiracy to commit murder charge.

To say that Christa Pike hasn’t been a model prisoner would be an understatement. To this day, she has shown no remorse for the murder of Colleen Slemmer. In fact, she wrote a troubling letter to Tadaryl Shipp just a few days after she was sentenced to die by electrocution:

Please write me! I miss you so much! Ya see what I get for tryin’ to be nice to the hoe? I went ahead and bashed her brains out so she’d die quickly instead of letting her bleed to death and suffer more, and they f—– fry me! Ain’t dat some s—? Please write me and tell me what you’re feeling! …Also, tell your lawyer if he wants me to testify for you… I will! Love you for the rest of my life! Lil Devil.

This letter was subsequently read aloud at a later court date for Pike.

In August 2004, Christa Pike was convicted of attempted first-degree murder for trying to strangle fellow inmate Patricia Jones with a shoestring. 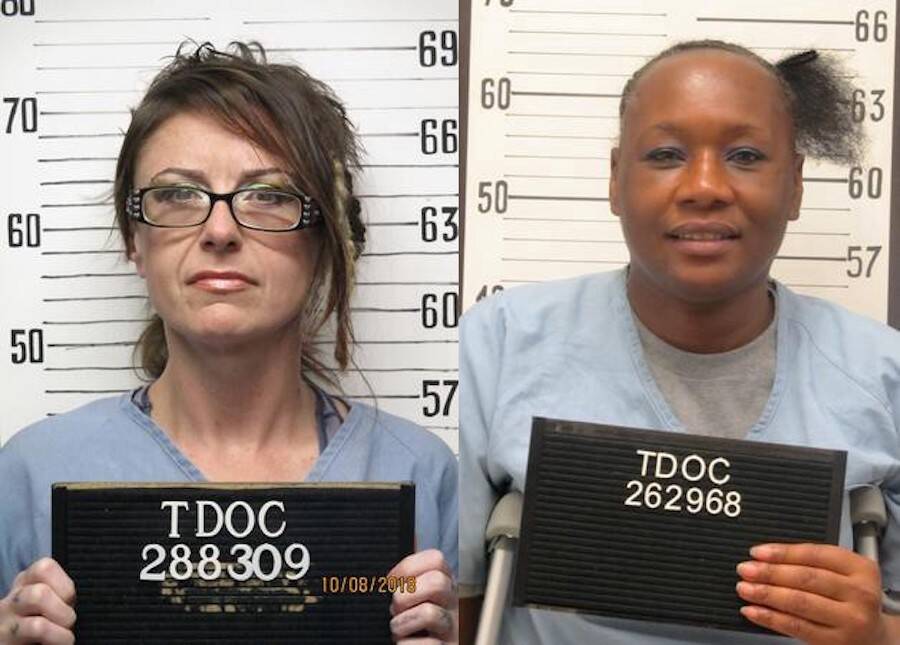 Authorities believed another inmate named Natasha Cornett — serving three life sentences for the Satanic killing of a couple and their six-year-old — was also involved in the attack but they were unable to prove it.

Days after the attack, Pike made a phone call to her mother and laughingly told her, “I wrapped that shoestring around her and tried to choke the … life out of her. She was passed out on the ground, Mama, twitching, foaming at the mouth, her eyeballs was bugged out so far, her eyelids were flipped up.”

In March 2012, Pike was involved in an escape plan involving an inmate from New Jersey; although Pike wasn’t ultimately charged with a crime, Donald Kohut was sentenced to seven years after getting convicted of bribery and conspiracy to commit escape.

A corrections officer, Justin Heflin, lost his job for his role in the conspiracy.

After Pike and her attorneys exhausted all her appeals to no avail, the state of Tennessee petitioned the court to set an execution date on August 27, 2020.

While an execution date for Christa Pike has not been set as of this writing, it’s hoped that Pike’s eventual execution will bring about a sense of justice for Colleen Slemmer and her surviving family.

After learning about Christa Pike, read about the Satanic Corpsewood Manor murders. Then, learn about Alyssa Bustamante, a 15-year-old girl who murdered a nine-year-old girl.