The Chilling Story Of Christian Longo, The Man Who Killed His Family To Hide His Life Of Lies

Christian Longo brutally murdered his wife and three young children in 2001 — all because he was trying to cover up his financial difficulties and fraudulent lifestyle.

From the outside, Christian Longo seemed to have a perfect life.

He had a well-paying job, a loving wife, and three beautiful children. But in December 2001, he murdered his entire family and fled to Mexico — and investigators soon discovered his “perfect life” had been one big lie. 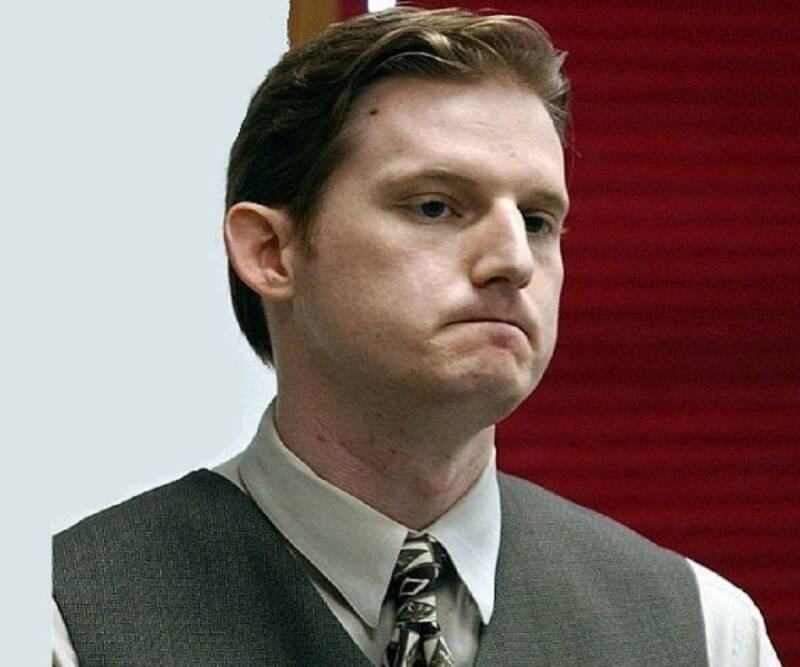 For years, Longo had been dishonest about everything from his career to his marriage. He’d stolen money, lied about how successful his job was, and even cheated on his wife. And when his lies started to grow out of his control, he decided to kill his family in a last-ditch effort to cover them.

The bodies of Longo’s wife and children were found floating off the coast of Oregon days after he dumped them, and police quickly connected him to their murders. They caught up with him in Mexico, where he was living under a false identity.

During his trial, Longo claimed his wife had actually killed two of the children. But the court saw through his lies and sentenced him to die. Christian Longo remains on death row in Oregon today, and he has since admitted that he did indeed murder his entire family in cold blood.

Christian Longo’s marriage to his wife, Mary Jane, was based on lies from the beginning. He couldn’t afford her ring, according to The Atlantic, so he stole money from his employer to pay for it.

The couple went on to have three children: Zachery, Sadie, and Madison. Determined to have the finest things in life and to convince his family and those around them that he had plenty of money, Longo went into extreme credit card debt to pay for elaborate vacations. He gifted Mary Jane a stolen van for her birthday, and he even started printing counterfeit checks to fund his lifestyle. 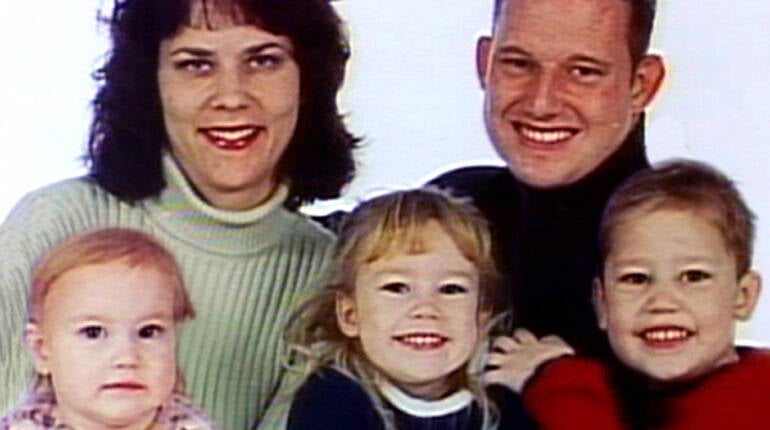 Public DomainLongo’s wife and children were found dead in a waterway near their Oregon home.

Longo was sentenced to three months of probation for his crime and ordered to pay back the $30,000 he’d stolen using the checks, but he couldn’t keep up with the payments.

Around this time, Longo was also caught cheating on Mary Jane and was kicked out of the Jehovah’s Witness church he attended. He decided to pack the family up and move west to Oregon — pawning Mary Jane’s ring for gas money.

There, their situation only grew worse. Christian Longo could no longer keep up with his web of lies. According to Murderpedia, he later told police that the night of Dec. 16, 2001 was “the beginning of the end.”

The Brutal Murders Of The Longo Family

On or around the night of Dec. 16, 2001, Christian Longo came home from work and strangled Mary Jane to death. He then strangled their two-year-old daughter, Madison, as well before stuffing both of their bodies into suitcases that he weighed down with dumbbells and loaded into the trunk of his car.

Longo then picked up his other two sleeping children, four-year-old Zachery and three-year-old Sadie, and carefully put them in the back seat. He drove to the middle of the Lint Slough Bridge over the Alsea River. 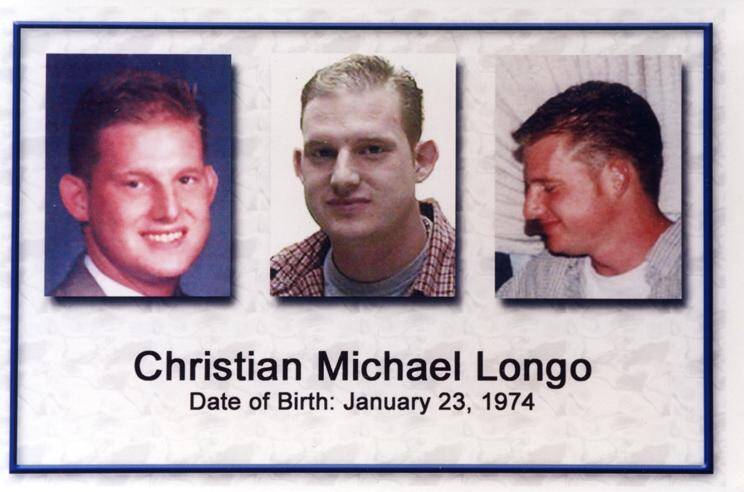 FBILongo was on the FBI’s Top Ten Most Wanted list.

There, according to Investigation Discovery, Longo tied pillowcases filled with rocks to the legs of his children and tossed them into the frigid waters below while they were still alive.

He threw the suitcases holding the remains of Mary Jane and Madison in after them, then returned home. In the following days, Christian Longo rented a movie from Blockbuster, played volleyball with friends, and attended a work Christmas party, where he gifted a co-worker a bottle of Mary Jane’s perfume.

When police found Zachery’s body on Dec. 19, however, Longo decided it was time to flee.

The Arrest And Trial Of Christian Longo

On Dec. 19, 2001, Oregon police received a call about a child’s body floating in the Alsea River. It was Zachery Longo. Divers soon recovered the remains of Sadie nearby. Eight days later, the suitcases containing the bodies of Mary Jane and Madison emerged in Yaquina Bay.

After identifying the bodies, investigators immediately started looking for Christian Longo, but he was nowhere to be found. Even without questioning him, they discovered enough evidence to charge him with murder, and he was placed on the FBI’s Top Ten Most Wanted List.

Police eventually discovered that Longo had bought a plane ticket to Mexico using a stolen credit card number and was living under the identity of Michael Finkel, a former writer for The New York Times Magazine. He was arrested by Mexican officials at a campground near Cancún in January.

When questioned about his family, Longo reportedly told FBI agents, “I sent them to a better place.” During his trial, however, he came up with a different story. 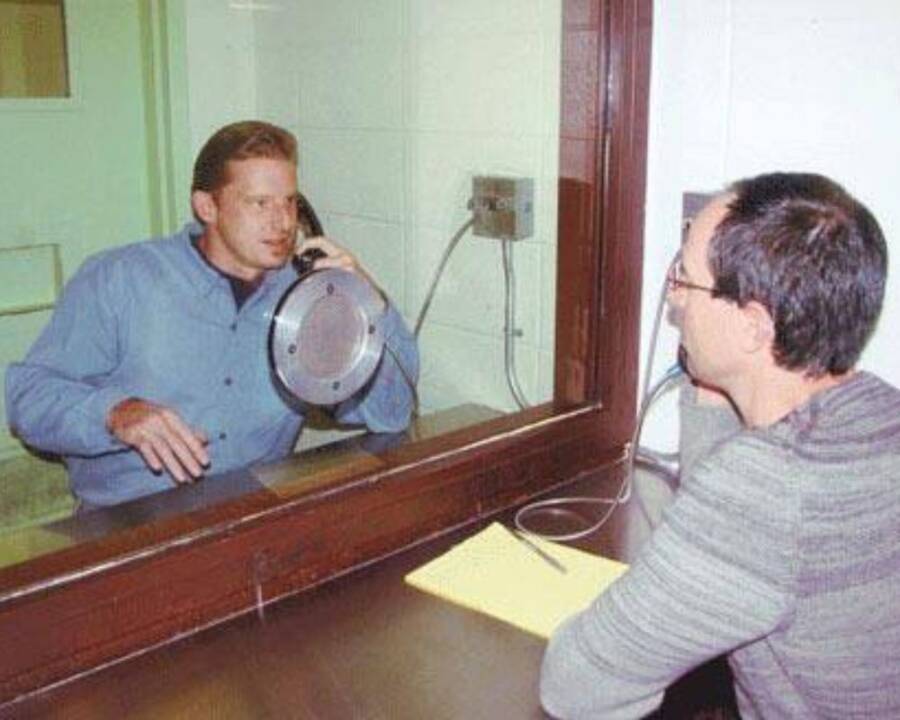 TwitterMichael Finkel and Christian Longo struck up a surprising relationship while Longo was awaiting trial.

Longo claimed that Mary Jane had killed Zachery and Sadie in a fit of rage after finding out the truth about the family’s finances. He then strangled Mary Jane in revenge and killed Madison out of pity.

Despite his tale, Longo was convicted of all four murders and sentenced to death by lethal injection.

Perhaps the most shocking thing to come out of Longo’s case, however, was his relationship with Michael Finkel, the man whose identity he’d stolen. Finkel traveled to meet Longo as he awaited trial and struck up a strange friendship with him, hoping he was innocent.

Finkel quickly realized that wasn’t the case, but he wrote a memoir about their relationship entitled True Story: Murder, Memoir, Mea Culpa that eventually became a film starring James Franco as Longo and Jonah Hill as Finkel.

Today, Longo remains on death row at Oregon State Penitentiary, where he is trying to overturn a law forbidding inmates from donating their organs after execution. His desire to do so, he stated in a New York Times op-ed in 2011, comes from his “wish to make amends” for his horrific crimes.

After reading about Christian Longo, learn how John List killed his family so he would see them in heaven. Then, discover the story of Susan Edwards, the woman who killed her parents and buried them in her garden.